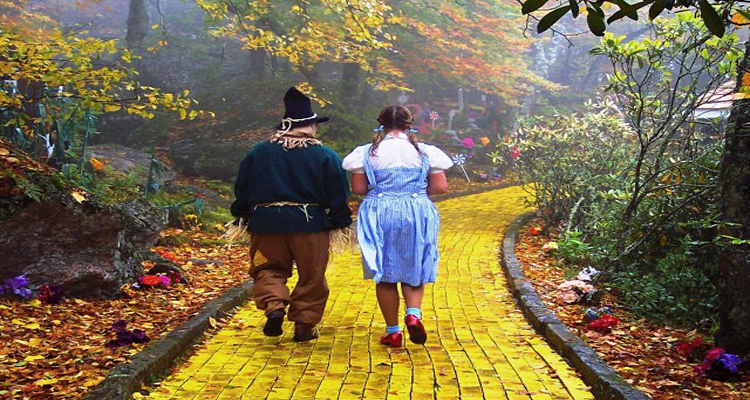 Questions concerning life and death arrived during my early childhood after a car struck and killed my first best friend as she crossed a neighborhood street on her way to the A&P grocery store. While walking along my life journey, exposure to death and its sometimes tragic circumstances have grown in occurrence with age. I suspect that most souls could say the same.

Personally, I have had a few mindful and fleeting experiences from those who passed that were near or dear to me, but never with the depth and confirmation that my father blessed me with over the course of his funeral services last month. Unbeknownst to me at the time, this story had its origins with my recent article, “Dorothy’s Silver Shoes and the Gold-to-Silver Ratio Fallacy,” published on July 7. A follow-up live radio interview with Dr. Dave Janda about the article aired on the afternoon of July 14, and I published it on YouTube during the wee hours of July 15. My father passed away late that afternoon. If you have not seen them, I suggest you stop and do so before reading any further, and don’t consider the following excerpt as an all-inclusive summation.

“Few are aware that in the original book from 1900, “The Wonderful Wizard of Oz,” by Frank Baum, Dorothy’s slippers are made of silver, not red rubies… The most significant difference between the movie and the original book is that in one, Dorothy is only dreaming, and in the other, she really travels to the Land of Oz that exists somewhere over the rainbow… The entire book served as a political allegory for gold and silver’s battle to become the primary American currency in the early 1900s… The political symbolism was abandoned in the movie (1939 The Wizard of Oz) and the silver slippers were switched to ruby-red shoes, to emphasize the advance in filmmaking from black-and-white to Technicolor through the Land of Oz.”

During the week leading up to my father’s death, immediate and extended family were having difficulty in connecting or having a lucent conversation with him at the hospital. The reasons included not having his hearing aids on or politely pretending to hear you and redirecting with unrelated answers or questions, nurses and doctors invading his room, being sound asleep with my mother present, having another medical test, or he simply chose not to answer the phone and be disturbed. I was fortunate to have had a lucent but brief moment on the phone with him and end it with “I love you,” but our conversation abruptly ended due to nurses coming for vitals and giving him a bed bath. My father was wheelchair-bound for several years as a double amputee due to complications from procedures to address severe arteriosclerosis in his legs. I discussed his struggle in “My Experience in the Microbial Superbug Epidemic.”

My father was hospitalized in July due to an infection that evaded diagnosis this time around. He was scheduled to have exploratory surgery on the morning of July 15, which would have ended the mystery with a concrete diagnosis. He officially passed at 4:20pm and the phone conversation with my mother and my neighbors ended at 4:44pm. If you are of the ilk that has a special number that pops up circumstantially in your life via clock or elsewhere, take note that mine is 444 .

The 12-hour drive lasted until 6am on July 16, which was basked by a full moon and sky that were so bright and crisp, that the edges of passing clouds made the nightscape appear as an over-sharpened digital image. I have no shame in sharing that I had tearful conversations with my father during that trip, as I imagined he was in the back seat under the sunroof and a brilliant white moon guiding my way home. My eyesight is not so good in the dark shadows of a midnight highway.

One year earlier, I had the brakes replaced on one end of my car, as the pads on the other end were good for another 15k miles according to the mechanic. The very moment I pulled into the hospital and parked, where my mom, sister, and deceased father were waiting for me at the ICU floor, the brake light lit up on my dashboard with a blaring beep indicating that time was up for a second set of brakes. If you ask me, my father, in his saintly way, purposely delayed that brake light so that it would not be a concern over such a long and emotional drive to his bedside. His mouth was open as his body rested upon that hospital bed, which reminded me of the pathway for his departed soul, just as a soul enters the body at its first breath, as noted in the Book of Genesis.

Before I explain where the Wizard of Oz fits into this picture, I should mention that my father was a collector of coins, a stock market investor, and a financial market gormandizer. He was into pennies initially, but graduated to silver when the American Silver Eagle returned to production at the U.S. Mint, then interest in gold after 9/11 changed the world. My father was not at his best when it came to navigating a computer in the age of the Internet, so when my mother received an email notification that I had a new article or interview available, she would pull it up for him to peruse. My father and I spent many an hour on the phone discussing precious metals, the financial markets, and geopolitics. During the last week or so of his life, he was not well and was unable to keep abreast of what was going on. He did not read my work or listen to the interview about the Wizard of Oz and gold and silver.

On the first day of my father’s wake, my youngest nephew was very distraught over the passing of his grandfather, a man he loved and held in high regard. He was tearing over the fact that he was unable to talk to grandpa one last time. He just wanted to hear his voice. I reached for my cell phone, dialed the home phone, and handed it to my nephew. As he listened to grandpa’s voice message to leave a voicemail, I hoped it provided some solace. It was shortly afterwards that I noticed his 6-year-old daughter running around the funeral home wearing a pair of silver shoes. The hairs stood up on the back of my neck. I took note of them with a question to my nephew’s wife. They were silver slippers, not silver shoes. Neither my nephew nor his wife were aware of my article.

The next message came to me at the church service held at the same church where my parents celebrated many special occasions and Catholic rites of passage, including their marriage. The regular priests were out of town and a priest from Poland was filling in. The other priest in attendance who oversaw mass was Father Joe. He was the priest in charge of the church and grammar school that my father attended and is still active in the diocese but has been retired for a couple decades. While Father Joe was giving his eulogy about my father’s life while standing over his military casket, he began talking about the Wizard of Oz as a metaphor for a particular aspect of my father’s life. I was stunned at the coincidence and nearly fell out of my pew. The moment that Father Joe uttered the words “Wizard of Oz,” I mentally blocked out everything else he said from that point forward. For the record, Father Joe knows nothing about my recent article or much about me, for that matter. 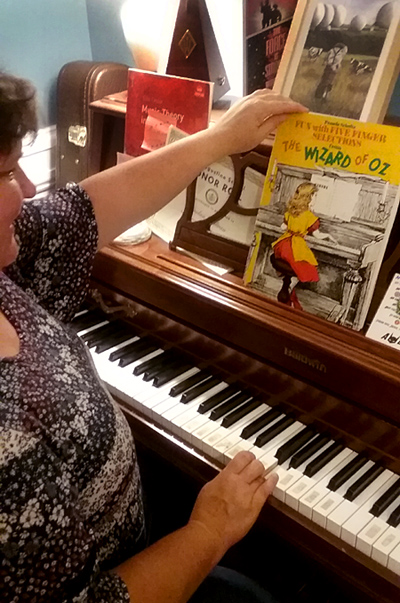 The third message that came to me happened in the evening after the funeral mass. My cousin from my father’s side of the family invited immediate family over to her home for dinner, drinks, and relaxation for a few hours. During the last hour of our visit, I heard a piano from an adjacent room and asked my cousin who was playing. She said her son was playing a song he had learned from one of his video games. Shortly thereafter, I heard a song from the Wizard of Oz emanating from the piano and noticed that my cousin had left the room. I poked my head around the corner and there she was, with the music sheet and cover on the piano. I had to ask her why she was playing music from the Wizard of Oz. She said it was the music they were learning how to play lately.

Once is an accident, twice is a coincidence, and three times is a pattern. There were a couple more messages the next day, but I think I have made my point for the topic at hand. It is also important to note that on my first day back at work for a full day in my office, gold rallied hard. The 5pm FOREX close was $1,444 per ounce. Silver also found its legs and began playing catch-up with its big brother. 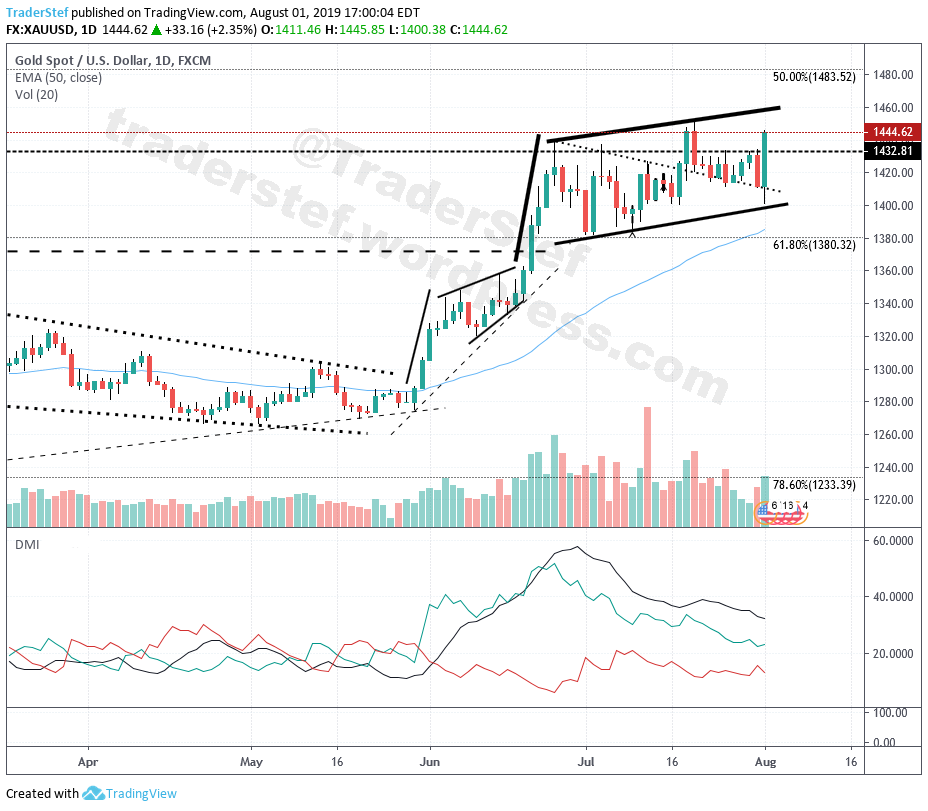 Three takeaways resonate with me about my father’s messages from the afterlife:

My father will be laid to rest in October at Arlington National Cemetery. 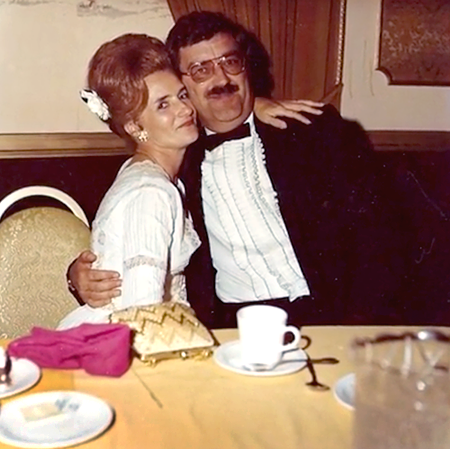 At my Grandparents’ 50th wedding anniversary 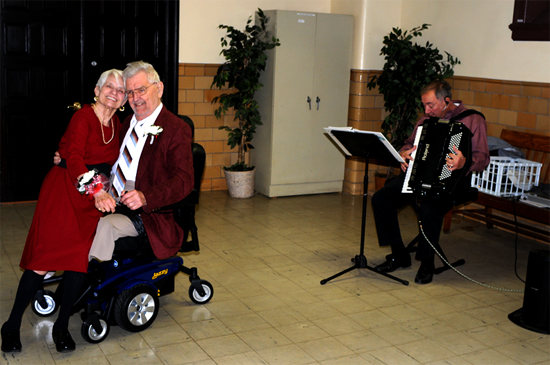 I dedicate the closing video to my parents. Unchained Melody is their favorite love music and is the theme song for the movie Ghost with Patrick Swayze & Demi Moore.