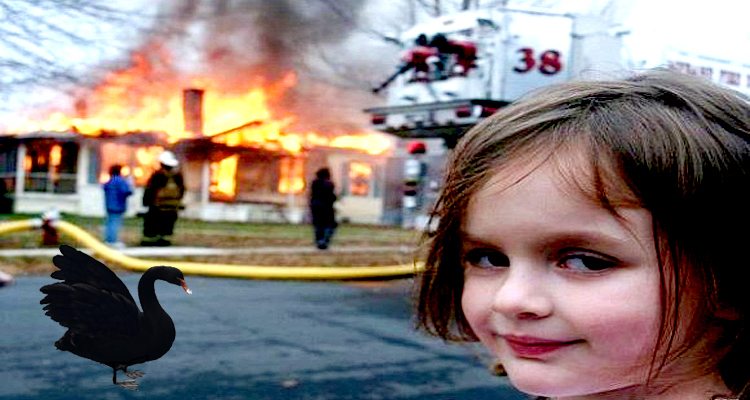 “But the science is worrying. Although the WHO has been praising China for its efforts and openness, something has been awry about the numbers since the start. The early efforts of Chinese local authorities to downplay the contagion and to scale back its scope are feeding a host of conspiracy theories. I reckon we are still weeks behind the virus truth due to China delays. The fact US teams are being ‘slowed’ from accessing ‘ground zero’ hint the Party is embarrassed and may still be hiding something. Incompetence has already claimed a number of heads, but what else aren’t we being told?”

Keeping an even keel while deciphering news about this potential pandemic and not getting lost in a minefield wrought with wild animal cuisine and bioweapon rabbit holes is a precarious undertaking. If you fell behind the coronavirus (Covid-19) black swan curve, I am keeping three Twitter threads alive that originate from articles I recently penned to include updated information focused on the outbreak, potential and realized impacts on the domestic and global economy, and a juxtaposition of similarities to the 1918 Spanish flu.

If we remove ourselves from the real possibility of doom and gloom this viral outbreak may exert upon our modern world, what did the economic landscape look like before it infected mainstream headlines?

After eleven long years into an economic recovery that is unremarkable and an overextended business cycle when compared to conditions prior to the Great Financial Crisis (GFC), the Fed is still using the same monetary policy tools as if we remain in the depths of the GFC. Monetary policy in its present form looks more like a quantitative easing (QE) four-ever chapter instead of another numerical delineation. Billions in REPO has kept the interbank lending markets afloat because the banks remain in fragile condition due to enormous amounts of debt that permeate the global financial system.

When a massive amount of debt is created, there are few choices to remedy it:

In the current environment, the choice that is unlikely to cause outright panic or a detrimental loss of confidence is to pretend and extend by inflating it away into the future. In the U.S., there is a burgeoning amount of debt and deficits occurring while demographics are aging and unfunded entitlement liabilities are forcing the Fed to run the printing presses forever. The same situation is playing out in Japan with their lost decades and the E.U. sits on the precipice, as the central banks’ policy is a continuation of interest rate cuts in real NIRP land along with monetary stimuli.

Anyone not wearing rose-colored glasses knew when the Fed began raising interest rates from a low of 0.5% post-GFC that the government, corporations, and consumers could not afford to service the accumulated debt. The Fed’s noble attempt at quantitative tightening (QT) by raising interest rates a mere 2.25% and reducing its QE-laced balance sheet failed as the stock market plunged into bouts of volatility and the official rate of inflation went nowhere. The TaperCaper showed its true colors when the Fed paused in late 2018 and eventually reversed its QT policy in earnest through 2019.

The Ponzi morphed into a permanent bubble in hopes of a quick turnaround in the economy due to President Trump’s policies and political capital. When stress in the overnight lending markets surfaced in late 2019, the Fed implemented a robust REPO program that juiced the U.S. stock market even higher. If the U.S. is living in its own version of Japanification, the next decade will be a second lost decade where the real return on equities will be closer to zero. Safe-haven assets such as collectable art and precious metals will go ballistic on the heels of depreciating currencies in an age of permanent irrational exuberance at the Fed. 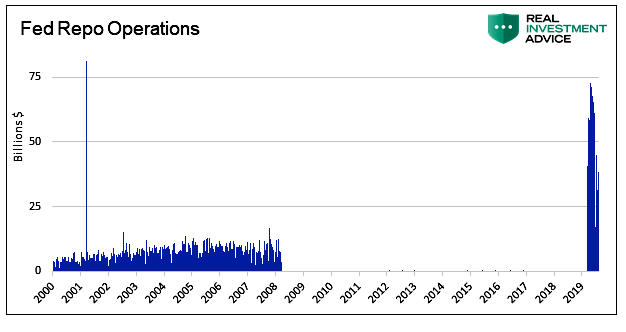 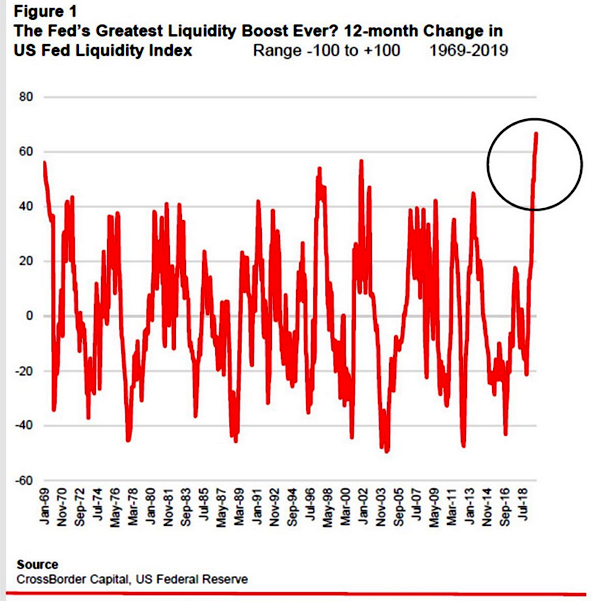 Exit stage left since late Jan. 2020 and the coronavirus black swan has stolen the limelight that shined upon an unabashed bull:

During Powell’s testimony on Capitol Hill this week, he noted that the coronavirus outbreak could pose broader economic risks to the global economy and he is comfortable leaving interest rates unchanged. He emphasized that the Fed is closely monitoring developments in the coronavirus situation that could lead to disruptions in China that spill over into the global economy.

“When you have negative rates, it creates downward pressure on bank profitability, which limits credit extension… it is important for fiscal policy to help support the economy if it weakens… Putting the federal budget on a sustainable path when the economy is strong would help ensure that policymakers have the space to use fiscal policy to assist in stabilizing the economy during a downturn… We know that there will very likely be some effects on the United States due to the coronavirus outbreak… I think it is just too early to say. We have to resist the temptation to speculate on this… The People’s Bank of China has done a number of things to support economic activity… I think you can expect the Chinese government to do lots of things to support economic activity.”

I could go all night with charts on numerous data points about the domestic and global economy in which Powell barely touched on or failed to mention, but let us close up shop with two small chunks of brain food, along with a few words of wisdom from Charlie Munger.

“Now we can see how prudent the agenda of the POTUS is to bring manufacturing back home to the US. Companies depending on China for goods or parts are now in a disastrous position.” – Bert Dohmen

US Must Prepare for Thousands of COVID-19 Cases in Coming Weeks… “Speaking at the Senate Homeland Security and Governmental Affairs Committee on Wednesday, Asha George, executive director of the Bipartisan Commission on Biodefense, said that the United States should be preparing ahead for cases of coronavirus in the thousands… ‘I don’t think we should be planning for the onesie-twosie cases that we’ve been seeing thus far in the United States. We have to plan for the possibility that we have thousands of cases’… A former director of the Centers for Disease Control and Prevention (CDC), Julie Gerberding, added that the United States can expect more cases among people who did not travel to China but have been infected by those who had visited the region before the travel bans were implemented… ‘Some of the modeling out of the UK suggests that we’re capturing about 25% of cases at best. So for every case we identify, there’s three or four that we didn’t identify’… The initial results from Feb. 9 study by Chinese doctors also found that the incubation for the disease could be as long as 24 days—up from previous projections of two weeks.’” – Epoch Times 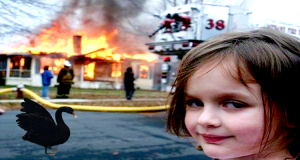