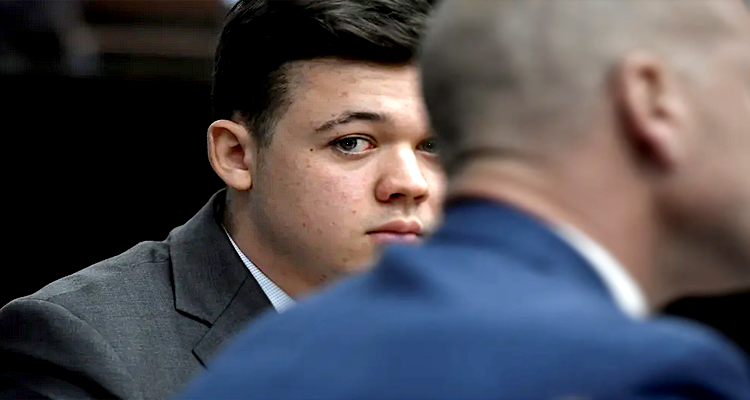 Whether or not you followed the Kyle Rittenhouse jury trial that rendered a not guilty verdict based on self-defense in Kenosha, Wisconsin, today must be remembered by everyone that values justice and the principles enshrined in the U.S. Constitution. Since the destructive riots took place in Kenosha last year, false narratives (example) have circulated that were peddled by the mainstream media, rioters, and politicos, then a desperate and politicized state prosecution threw a Hail Mary pass of AR-15 provocation by Kyle. This trial brought out the truth, secured the sanctity of the second amendment, and the right to self-defense was made clear without compromise by a jury of peers.

I personally served on jury duty for a high-profile murder trial many years ago that had a small fraction of publicity in comparison to the Rittenhouse trial. That experience entailed two weeks of hell staring at a murderer that had no regard for human life and laughed at the court during the trial. Set side by side, the way Kyle handled himself during the riot and in the courtroom exemplified a level of maturity well beyond his age vs. behavior I’ve experienced at the hands of much older adults and the social chaos I’ve witnessed in the last few years on my LCD screens.

“Left’s reaction to Rittenhouse verdict shows fear. Fear of someone legally defending themselves against a mob in absence of police because free citizens now see defense of life & property as a legal option against left-wing radicals who can no longer wreak havoc unchallenged.” – Vic Vega

Despite the legal clarity that this televised trial provided to anyone who cared about the truth, kneejerk reactions from NGOs, presstitutes, and politicos that suffer from a socialist inspired societal menticide are vomiting on media platforms. Here are a few examples: 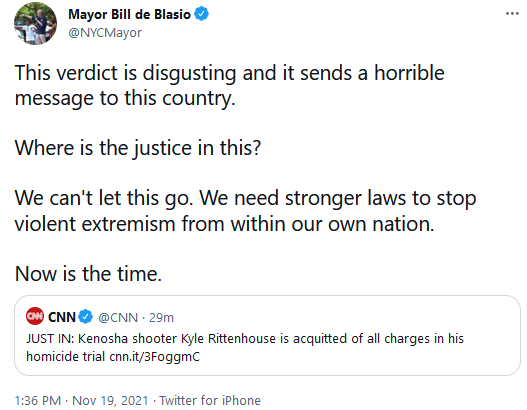 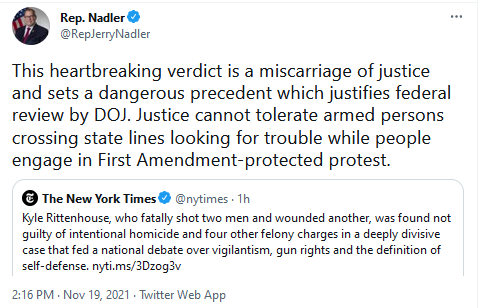 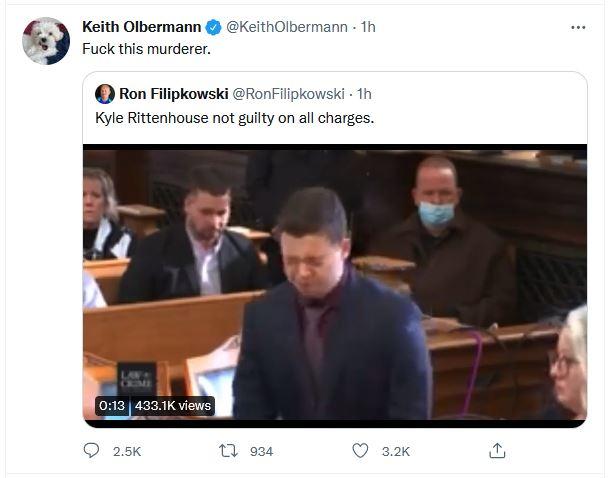 Fallout from the Rittenhouse verdict is likely far from over as violent protests in reaction to the acquittal are being publicized by various factions. It is also unlikely that attempts to legislate second amendment restrictions at the federal level and edicts by politicos will end anytime soon. Making life difficult for law abiding citizens to secure firearms and ammunition will only foster additional resistance to government overreach as record gun sales continue unabated.

Recent Gallup polls indicate that support for handgun bans hit a record low in 2021. Gun sales soared amid the civil unrest leading up to the 2020 election and throughout the pandemic. Gun sales reached an all-time high of 23 million in 2020, which is a two-thirds jump from 2019. While sales have dropped in 2021, they still remain well above pre-pandemic levels. 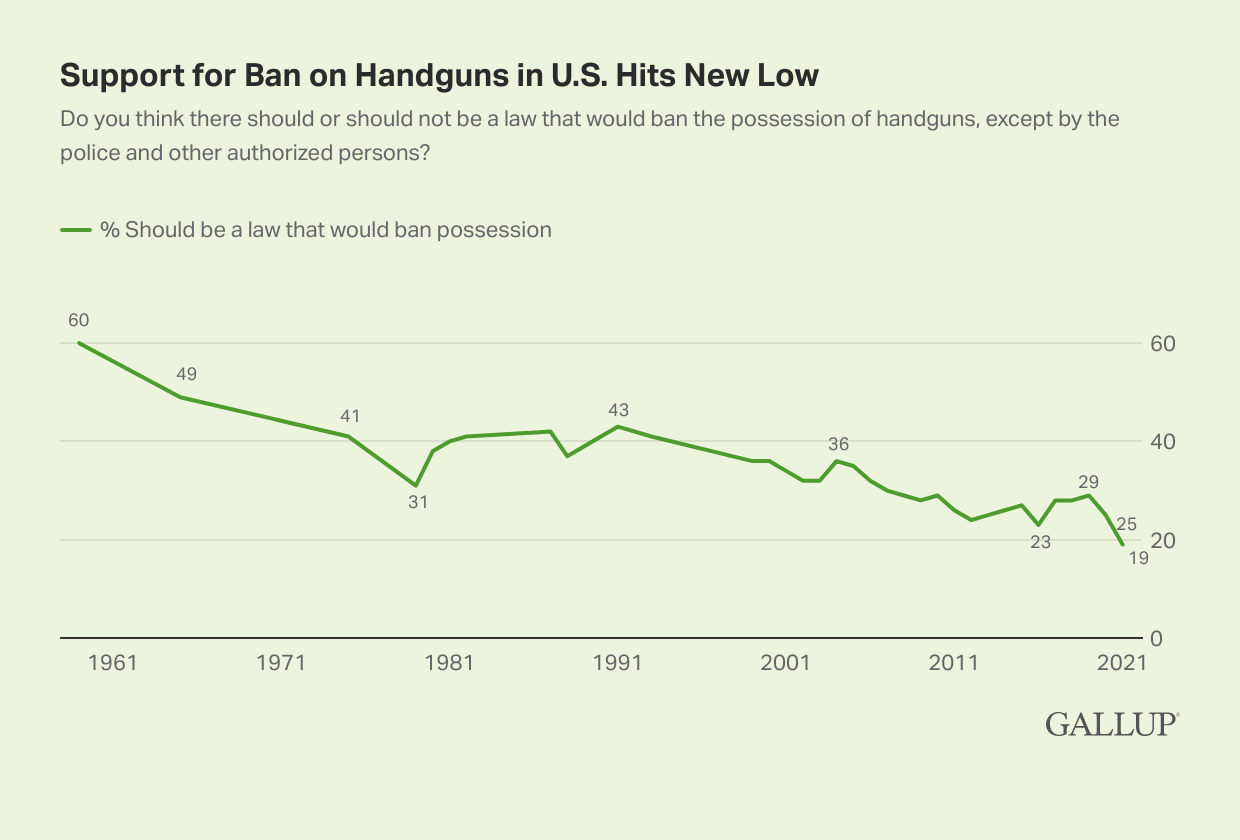 Despite the ongoing raw-material supply chain issues and high demand for ammunition, gun makers and ammo manufactures are doing their best to meet the surge in demand. The Biden administration continues to find ways outside of a legislative process to inhibit U.S. citizens from exercising their second amendment right, such as banning the importation of ammunition.

Biden’s Ammunition Ban Is Part Of The Left’s Plot To Disarm Americans… “The Biden administration recently prohibited the import of ammunition from Russia. That’s bad news for American firearms owners, but there may be much worse to come. The gun prohibition lobbies, having mostly failed in their campaigns to convince legislatures to ban guns, have intensified their efforts to disarm Americans by other means. The Biden ammunition ban is one step in the process. If you’ve tried to buy ammunition in the last year and a half, you know how bad the shortage already was, even before the new ban. In a sense, Joe Biden has been a contributor to the shortage since 2020.” – The Federalist, Sep. 7

Buckle up, savvies, and hold on to your gold & silver bullion, beans, and bullets while keeping an eye on the following firearm-related stocks, as taxation or gun control laws will not stop criminals or the people’s desire for freedom over tyranny. 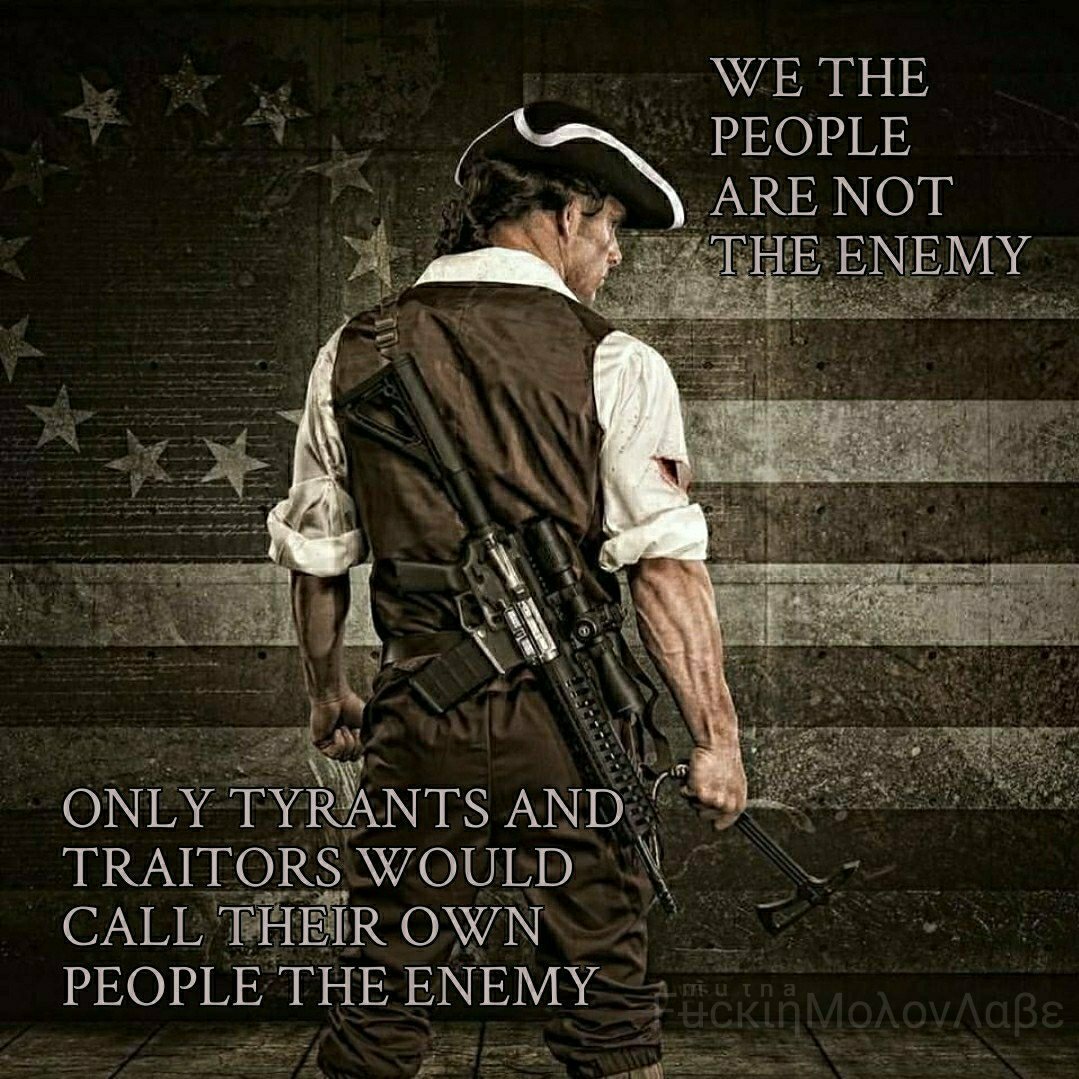 In case you missed them, consider reading my previous articles related to the topic at hand.

Firearms to Live Free or Die by Were Not Shrugged in 1774… “A photograph taken by Tom Williams of Getty Images was circulated through various media platforms last week. Unfortunately, it was met without fanfare due to its significance and what it ultimately represents. The image is of a solitary female National Guard soldier resting upon a marble floor in Capitol Hill as she reads the last novel written by Ayn Rand. I overlaid that photo with colonists from the American Revolution for today’s header. Ayn was a Russian-American novelist, philosopher, playwright, and screenwriter who is responsible for a philosophical system called Objectivism, which is a major influence on the conservative and libertarian party and justifies their political views. “Atlas Shrugged” (1957) was Ayn’s final work of fiction and is a dramatization of her unique vision of existence for man’s highest potential. The book took twelve years of her life to complete and is considered her magnum opus.” – Jan. 2021 (Twitter thread)

Live Free or Die… “Is a blunt declaration of truth in the eyes of a crime victim or veteran from any battle you choose.” – Dec.12, 2020 (Twitter thread)

Patriots vs. U.S. House (Coup) Impeachment of the POTUS on Stalin’s Birthday… “Virginia is working on gun control and National Guard for confiscation.” – Dec. 2019 (Twitter thread)

Gun Sales Might Spike as an Inept Capitol Hill Desecrates the Constitution… “Abandoned, rejected, and repealed legislative efforts from the past will rise from the graveyard.” – Dec. 2018 (Twitter thread)

Atlas Shrugged – You Still Have Time 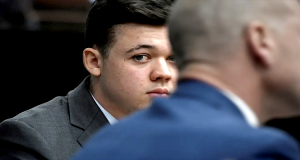