The longer the Dow and S&P 500 put in new highs, the more often commentary surfaces on why the next stock market crash will occur and how much worse it will be compared to the Great Recession wipeout.  An assumption that appears along with those expectations is that gold plunged during the Great Recession market correction, so it will this time, too.  Well, it’s true that past performance is no guarantee of future results, but if we examine the price action on the charts that occurred between 2007 and 2009 with gold vs. the Dow, it tells a different story than some media outlets and pundits would have you believe.  Gold actually gained through the stock market wipeout.  Let’s take a look-see. 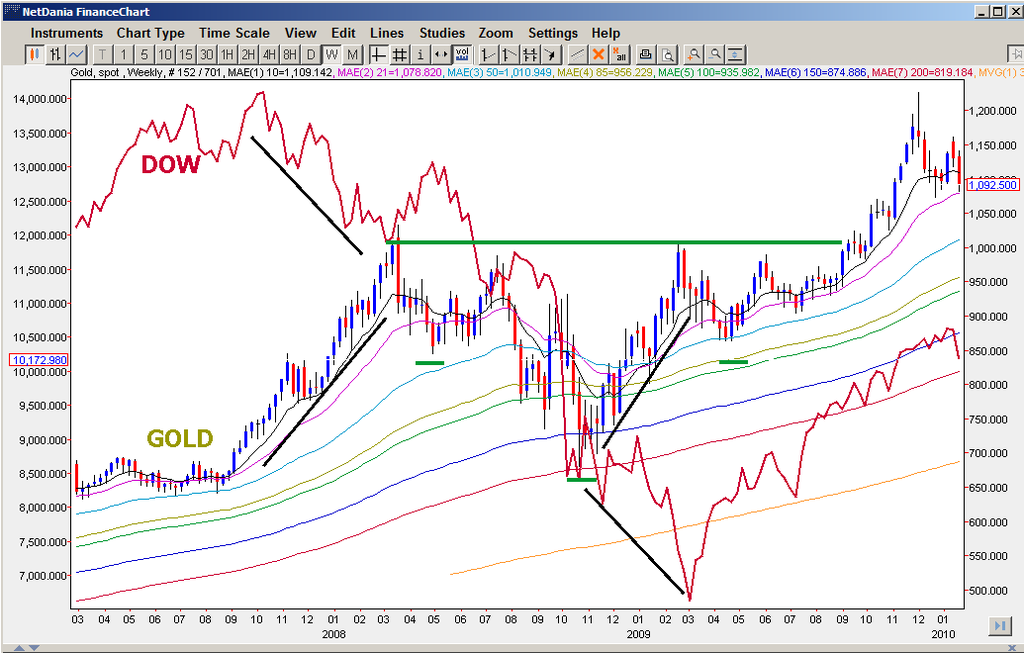 At first, gold rallied a few hundred dollars as the Dow plummeted a few thousand points.  Then the margin calls came in for underwater hedge funds and banking interests due to the plunge in equities.  At that point, “cash is king.”  One of the most liquid markets to acquire that cash is precious metals, a last resort to conjure up what was needed to remain afloat.  The gold price fell during that period and the Dow continued to collapse a few more thousand points.  When all the dust settled in margin call land, gold resumed its uptrend, and the Dow continued to fall a few more thousand points.

I watched and read the reports as the price action took place in real-time during the market collapse, and it’s a fact that gold was sold off in the middle of the markets’ crash during major margin calls that were taking place within the financial industry.

Margin Calls Force Selling of Assets, Falling Prices… “As banks and brokerages are scrambling for more cash, hedge funds and others are getting migraines trying to produce that cash. By now it should be plain to see: Liquidity is a coward. It runs away at the first sign of trouble. Cash however, is hoarded in times of trouble. Cash, not credit, is king. It’s important to understand the difference… Finally, Gold is the ultimate form of cash. It represents a true flight to quality. Gold is the only money that is not someone’s liability. It’s no wonder that gold has been soaring. However, to the extent that hedge funds may be over leveraged in gold (or commodities in general), a sharp pullback could easily be coming. One possible trigger might be an across the board margin hike on all commodity futures…Excessive leverage everywhere needs to be unwound, and it will be. Those expecting more margin call migraines will not be disappointed.” – Mish Shedlock, March 2008

“What happened in October 2008 after the bankruptcy of Lehman Brothers was a global credit freeze and massive deleveraging—in effect a global margin call—and a flight to perceived quality (emphasis on perceived). Institutional investors holding gold, such as mutual funds and the big hedge funds, sold it to meet margin calls or redemptions because it was the most liquid asset they had. Foreign stocks sold off because economies abroad were presumed to be more vulnerable than they were to what was happening to their best customer.” – Peter Schiff, The Little Book of Bull Moves– 2010 Edition

Another potential problem for gold was any change in margin requirements to hold futures contracts. Prior to gold putting its September 2011 high, the CME underwent a series of margin hikes between December 2009 and February 2010 when it raised requirements by 50%!  There were also a series of hikes during 2011.  CME margin requirements were not a contributing factor to gold’s midterm fall during the Great Recession stock market wipeout from 2007-2009.

For the record, gold’s primary bull (accumulation) phase began at the August 1999 low of $251.  The current secular bull phase launched in November 2004 when the February 1996 $417 lateral was taken out and held for several months.  A primary bear phase began when in April 2013, the $1,522 low on a descending triangle off the $1,921 high broke down magnificently, beginning in the European-Asian markets, and that bear continued until the December 2015 low of $1,046.18.   We’re now back into a primary bull phase since the 2013 trendline was decisively breached in February 2016 without a return violation.  When the 2011 top-side trendline is decisively breached (currently at $1,250’ish) and the $1,921 high is retaken without a double-top pattern, gold will have reasserted its secular bull trend. 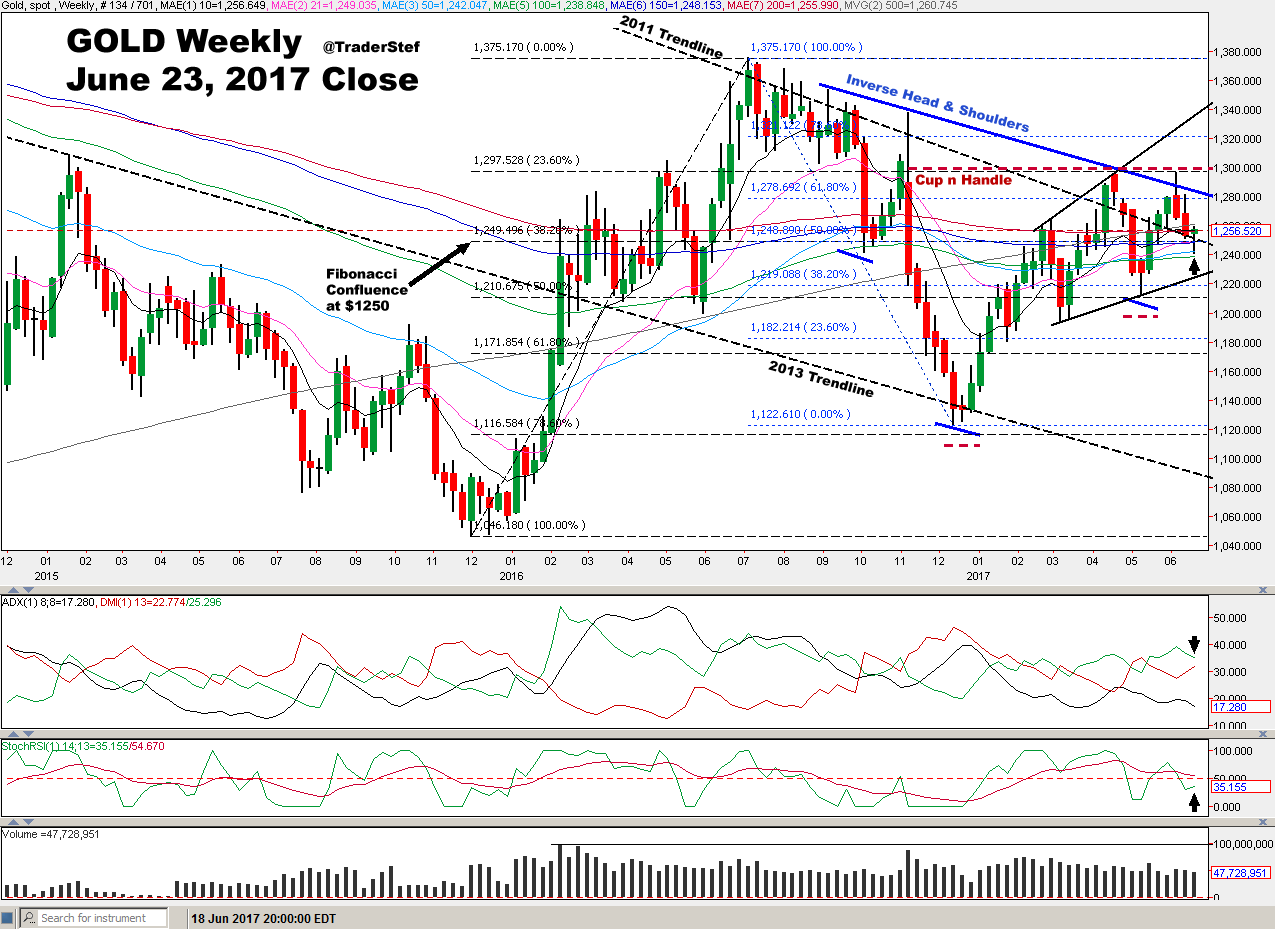