Gold and Silver Returning to Constitutional Status Across the U.S.

While some precious metal investors whine about foundational pullbacks taking place during gold’s return to a primary-bull uptrend since late 2015, perceptive folks are busy accumulating their money. Many states have already passed laws, with many more in the process of formulating legislation to return gold and silver to their proper legal tender status. Another giant step took place in Nevada in June, when the issuance of bonds backed by gold was approved, which adds another debunking bullet point against pundit claims that gold and silver do not provide any yield.

Nevada Legislation Enables Gold Bonds… “Assemblyman Jim Marchant announces the Nevada Gold and Silver Enabling Act. This legislation provides the state and its municipalities the framework to issue gold and silver bonds. These bonds will reduce the state’s debt, shore up the pension fund, increase mining employment and profitability, and attract capital to Nevada… It makes sense to replace dollar-denominated debt with gold bonds, so the obligation is matched to the source of income… The bill also allows miners to pay tax in gold or silver… The Act builds on precedents set over the past several years by related legislation adopted in the states of Utah, Oklahoma, Texas, Arizona, and Wyoming.” – PRNewswire, Jul. 2

The Benefits of Issuing Gold Bonds… “A gold bond is debt obligation that is denominated in gold, with interest and principal paid in gold… The Federal Reserve has a policy of two percent per annum debasement of the US dollar. Other central banks around the world have similar targets… Gold is not subject to this debasement… The 10-year Treasury yields 2.9% as I write this. Assuming that the Fed hits its target without overshooting it, then the central bank is robbing the investor of most of their return… For the very reason that creditors should avoid dollar assets, shouldn’t debtors prefer dollar liabilities? Isn’t it good to borrow in a falling currency? Repaying in devalued dollars should ease the burden of debt. In 2001, the dollar was worth over 122 milligrams of gold. By 2011, it had declined to less than 16mg. Any gold producer who borrowed dollars in 2001 could repay that debt for 87% less gold… The gold bond will come with new option in the tax code. Miners will have the choice to pay their taxes in gold…. By issuing gold bonds, and replacing dollar-denominated debt with gold debt, the government stabilizes its debt obligations and de-risks its debt service. If the price of gold goes up, or if it goes down, both the tax revenues and debt payments move together…” – Monetary Metals, Jun. 27

Gold bonds were very common before the Federal Reserve came to town in 1913. Here is a Florida East Coast Railway Company 50-year $10,000 Gold Bond issued back in 1909, paying 4.5% interest per annum “in like gold coin…” 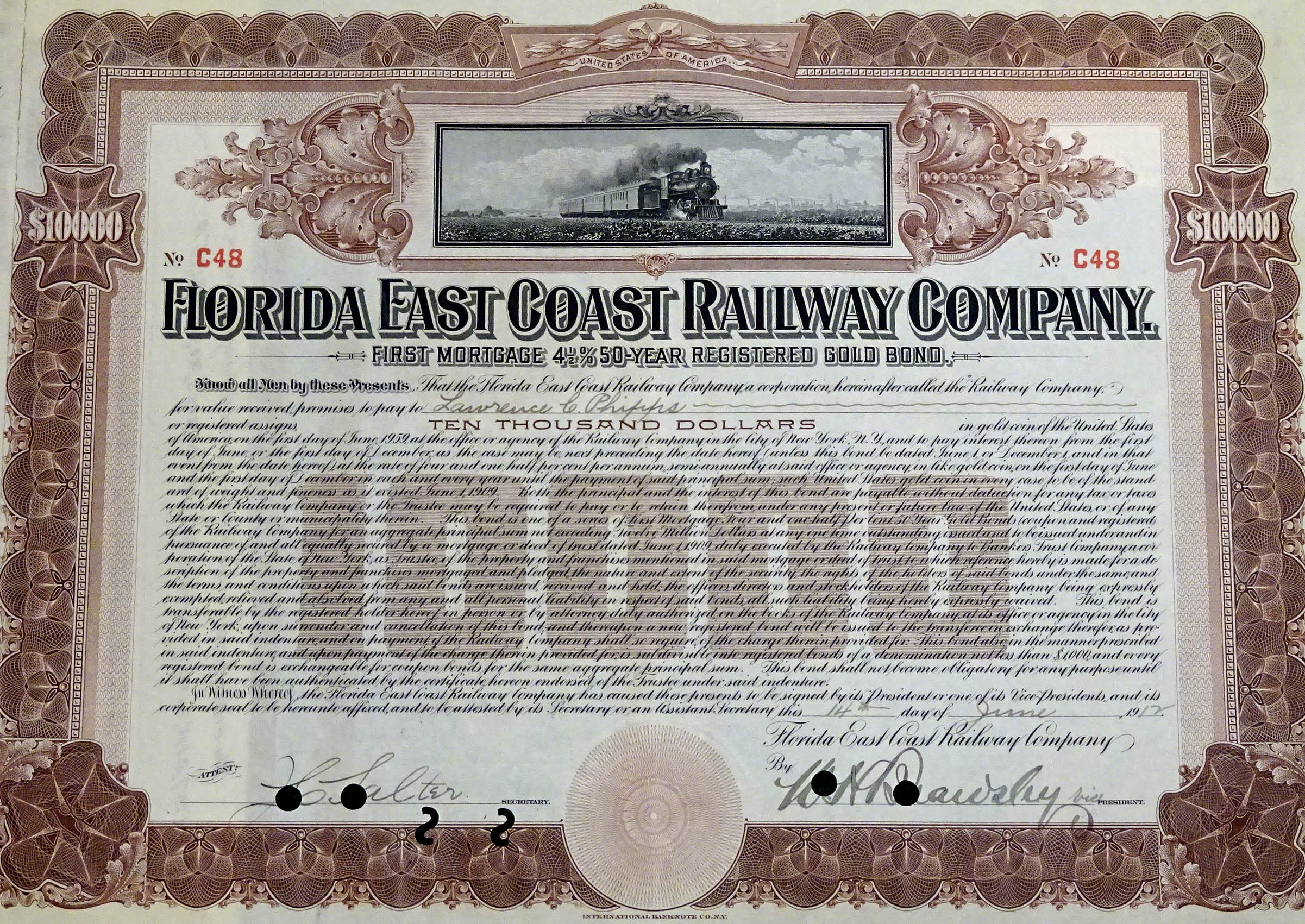 Utah was the first state to reinstate gold and silver as legal tender by signing into law the “Legal Tender Act” in 2011. The law eliminated state taxes on the exchange of government-issued gold and silver coins and recognized them as legal tender in the state. Imagine having to pay a tax to exchange a $5 Federal Reserve note for five $1 notes. That is how gold and silver are treated, and Utah was the first state to eliminate the taxes. Furthermore, the value of a gold or silver coin is no longer the dollar amount embossed upon them, but rather the current market price of the precious metal. As a side note, keep that value fact in mind while flying the friendly skies and you happen to pass through a U.S. Custom’s port of entry with a sack of precious metal coins. Customs cannot ding you on the underlying metallic value, but only the face value embossed upon a coin. 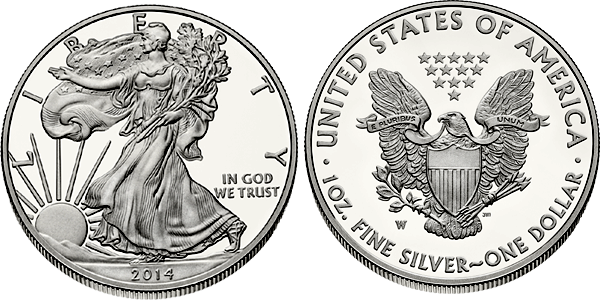 On Mar. 7, 2017, a second bill was filed in Utah, named the “SPECIE LEGAL TENDER AMENDMENTS.” The bill is a work in progress and is under review with the House Revenue and Taxation Committee for consideration on a later date. That bill would allow the state of Utah to hold some of its treasury funds in gold and silver instead of Federal Reserve notes. It also would allow Utah to place gold and silver into a commercial repository that would allow the state to use “gold dollar” or “silver dollar” credit based on the values of the metal to pay state bills.

Oklahoma joined the legal tender and no tax club back in 2014.

Oklahoma Affirms Gold and Silver as Legal Tender… “On June 4, Oklahoma joined Utah, Texas, and Louisiana in affirming that gold and silver coins are (as they always have been under the Constitution) legal tender in the payment of debts in the state. Senate Bill 862, which Oklahoma Governor Mary Fallin signed into law, says gold and silver coins issued by the United States government are legal tender in the State of Oklahoma. No person may compel another person to tender or accept gold or silver coins that are issued by the United States government, except as agreed upon by contract. The new law also exempts all state-level taxes that Oklahoma residents would otherwise have to pay when exchanging gold or silver back into paper money… All this appears to do is affirm the language from the U.S. Constitution: ‘No state shall … make any Thing but gold and silver Coin a Tender in Payment of Debts.’ However, it does much more… With the Federal Reserve actively suppressing interest rates and eroding the purchasing power of the U.S. dollar, it is welcome news to see one more state give its citizens free access to money that holds its value over time. It is about options. When citizens become comfortable with using money that retains its value over time, it will mark the beginning of the end of paper currency backed by nothing. This would be the inevitable end point of the process that began on August 15, 1971 when then-President Richard Nixon unilaterally ended the dollar’s convertibility into gold. For the past 43 years the world has been subjected to floating currencies pegged to nothing other than future promises to pay in more paper money.” – New American, Jun. 2017

Louisiana joined the club in 2017.

Louisiana Ends Sales Tax on Gold & Silver Bullion… “HB 396, which passed in the Louisiana state house and senate earlier this month by overwhelming majorities, removes state sales taxation of precious metals, specifically gold, silver, and platinum coins and ingots… The bill impacts purchases of platinum, gold, or silver bullion that is valued solely upon its precious metal content, whether in coin or ingot form. It also impacts numismatic coins that have a sales price of no more than one thousand dollars ($1,000) and numismatic coins that are sold at a national, statewide, or multi-parish numismatic trade show…. While Louisiana still levies income taxes on the monetary metals, HB 396 removes one barrier for citizens to avoid the inherent losses in purchasing power when holding savings in Federal Reserve Notes.” – Sound Money Defense League, Jun. 2017

Wyoming stepped up to the plate and passed a law this year that could set a major precedent for future legislation across the country.

BOOM: Wyoming Ends ALL TAXATION of Gold & Silver… “Backed by the Sound Money Defense League, Campaign for Liberty, Money Metals Exchange, and in-state grassroots activists, HB 103 removes all forms of state taxation on gold and silver coins and bullion and reaffirms their status as money in Wyoming, in keeping with Article 1, Section 10 of the U.S. Constitution… The immediate impact of the new law, which formally takes effect on July 1, is to eliminate all Wyoming sales taxes when purchasing gold or silver. While Wyoming does not currently have an income tax, the bill stipulates, ‘the purchase, sale or exchange of any type or form of specie or specie legal tender shall not give rise to any tax liability of any kind.’ That means no income tax, property tax, sales tax or any other Wyoming tax can be assessed against the monetary metals. With the adoption of HB 103, Wyoming joins all its bordering states (South Dakota, Idaho, Utah, Colorado, and Nebraska) and more than 30 other states that do not assess a sales tax against precious metals. Some states have specifically eliminated income taxation on gold and silver (Arizona and Utah) or have established precious metals depositories to store the state’s own physical gold and help citizens save and transact in gold and silver bullion (Texas).” – Money Metals Exchange, Mar. 2018

This is big deal, as few realize or talk about how impactful the various legislations passing across the nation will have on your financial well-being. Visit the Sound Money Defense League’s legal tender movement page and stay up-to-date with the latest in every state. Do your due diligence on real money and exercise your God-given Constitutional rights.