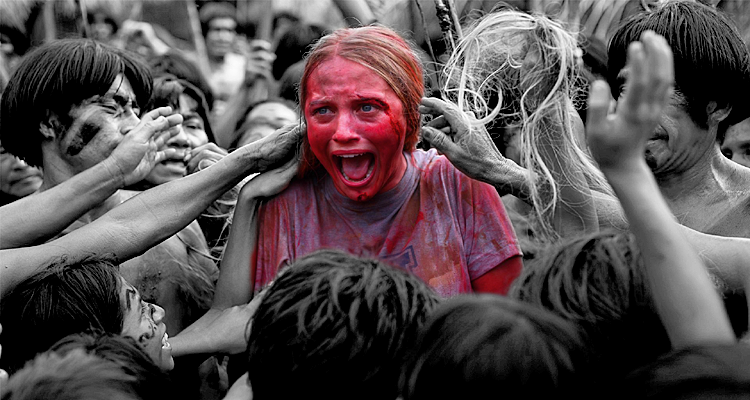 On occasion, a topic surfaces in the headlines that may not affect you financially in the near-term, but this particular dystopian symptom of our morally fractionalized utopia deserves some introspection instead of simply allowing another atrocious story to numb our sensitivities without question.

The topic at hand is cannibalism, which is only one of many ritualistic practices that have become more than an occasional headline across the news media and entertainment industry. The rituals that define Satanism are loveless sex, sodomy, pedophilia, drugs, blood sacrifice, human sacrifice, torture, burning alive, castration, and socialism. Without exception, 72 empires in recorded history have failed due to totalitarian and satanic elite infiltration that took over free and flourishing republics and destroyed them by satanic ritual. 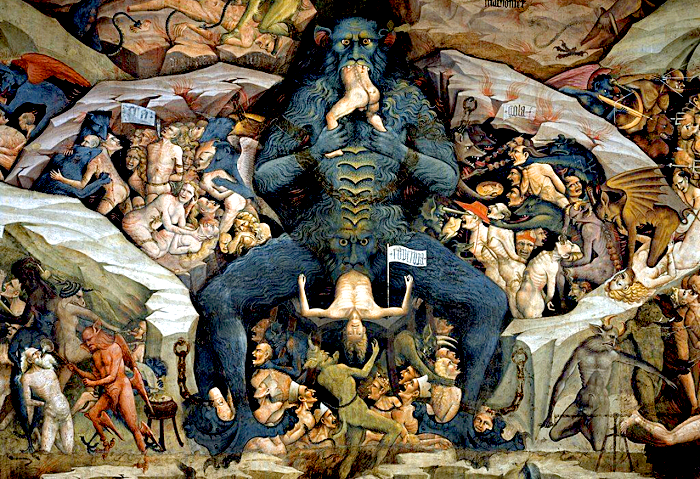 Accelerate Metrophagy (Notes on The Manifesto of Urban Cannibalism)… “A fresco in the church of San Petronio in Bologna, dated 1410, depicts Satan in a fashion quite characteristic of the imaginary of the Middle Ages. The Devil is a gigantic beast devouring human souls. At the same time he is giving birth to them through a second mouth-vagina between his legs, in a circular damnation and movement of ingestion-defecation-rebirth… In fact, this image of Satan absorbs what the church wanted to condemn and politically control: not just the pagan background of Europe, but specifically the rural and aboriginal faith in the circularity of nature and the self-regeneration of the whole countryside (that is the regeneration of the means of production themselves). The idea of the eternal return of life – with no divine intervention, no Genesis and no Apocalypse, but rather an alchemic and gastronomic cycle of digestion and regeneration – had to be excommunicated and personified in the pansexual body of a cannibalistic Satan.” Dis Magazine

It is prudent to familiarize oneself with what is occurring right under our noses from sea to shining sea and turning the world upside down and away from what we have known to be true. A belief in a benevolent higher power and all that is good is in the process of incremental expunction from civic and governmental discourse. One manifestation of that progressive ideology is the removal or diversification of traditional invocation at local municipal meetings and federal government procedures, which allows unorthodox silence or satanic prayer. Three recent examples are an attempt to remove “In God We Trust” from the U.S. currency, the Kenai Peninsula Borough in Alaska allowing an invocation to Lucifer, and the current U.S. House of Representatives removing God and “So Help Me God” from procedural methodologies on Capital Hill.

“In monotheistic thought, God is conceived of as the supreme being, creator deity, and principal object of faith. God is usually conceived as being omniscient (all-knowing), omnipotent (all-powerful), omnipresent (all-present) and as having an eternal and necessary existence. These attributes are used either in way of analogy or are taken literally. God is most often held to be incorporeal (immaterial). Incorporeality and corporeality of God are related to conceptions of transcendence (being outside nature) and immanence (being in nature) of God, with positions of synthesis such as the “immanent transcendence.”

Why did God create Satan? A Christian perspective is the underlying principal the U.S. republic was founded on and can be described as follows:

“God created Satan as Lucifer, the highest ranking angel of all. Lucifer, however, was not content to worship and serve his Creator. Full of pride, he rebelled, leading a third of the angels. Unable to match the Almighty God, Lucifer was cast to the earth where he has operated as the devil ever since… Evil is the result of a free-will choice by Lucifer. Satan and sin do not foil God’s divine purposes. Evil in stark contrast to good shows God’s mercy to whom He chooses to provide salvation. God uses evil and demons for His divine purposes. Satan fears God’s predestined plan… He will prove that He is victorious over evil and evil beings who follow Satan’s ways. Personal peace of mind about Satan and evil comes from being God-centered.” – AllAboutGod.com

Those lines of thinking bring up the doctrine of asking for permission or providing fair warning before causing harm or inconvenience to another person. Do not forget that gold and silver are God’s money.

Satan cannot harm anyone without God’s permission… “When Satan wants to destroy a saint, he must get permission before he touches him. So he comes to God and says, “Job only worships you because he’s rich. If I take his camels, donkeys, servants, he’ll curse you” (see Job 1:9–11). And God gives him permission, but he puts a limit. “Don’t you touch his body” (see Job 1:12). So he kills them all. Job falls on his face: “The Lord gave, and the Lord has taken away” (Job 1:21). Satan has to get permission to go after his body, and he gets it. But God says, “Don’t you kill him” (see Job 2:6). Satan does harm to us, but not without God’s say.” – DesiringGod.org

Somewhere around California’s City of Angels is an exclusive and mobile dinner club with a Website that’s been around since 2008. It is a place where those who feel they are enlightened can commune and dine on human flesh of the young and healthy, specially prepared by their in-house chef. My first inclination is it was not possible for such a vile and abhorrent practice to be available for all to find on the Internet. The legal jargon for criminal cannibalism appears to leave a loophole for the Cannibal Club’s modus operandi. 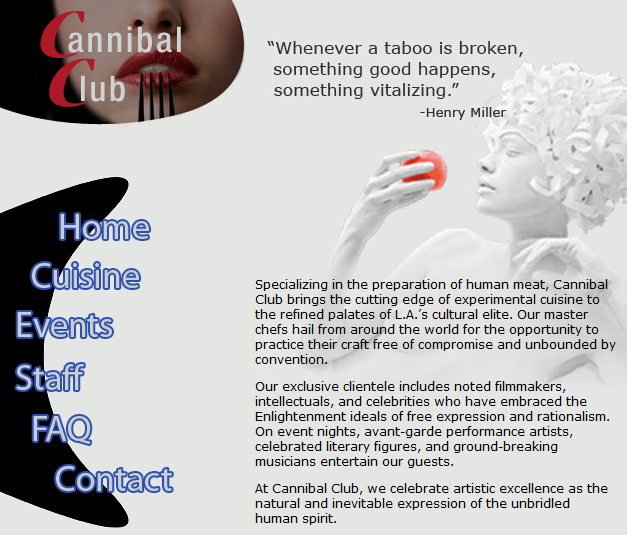 “Introduce yourself through our contact page and we will send you information about our membership process. It is necessary for us to operate privately and to vet our members in order to avoid disruption from the less enlightened.”

The Cannibal Club’s Website owners come up as private when searching WHOIS. After reviewing a dearth of information on the club’s existence, a few reports concluded that the site and concept is a fraud or joke. I almost gave up on the idea of writing about it until I came across the following Website created in 2017, where two of the faces look very similar to two of the staff members at the Cannibal Club, but are left nameless. The Cannibalist also keeps a private listing when searching WHOIS.

“This is the birth place of the new Hollywood” 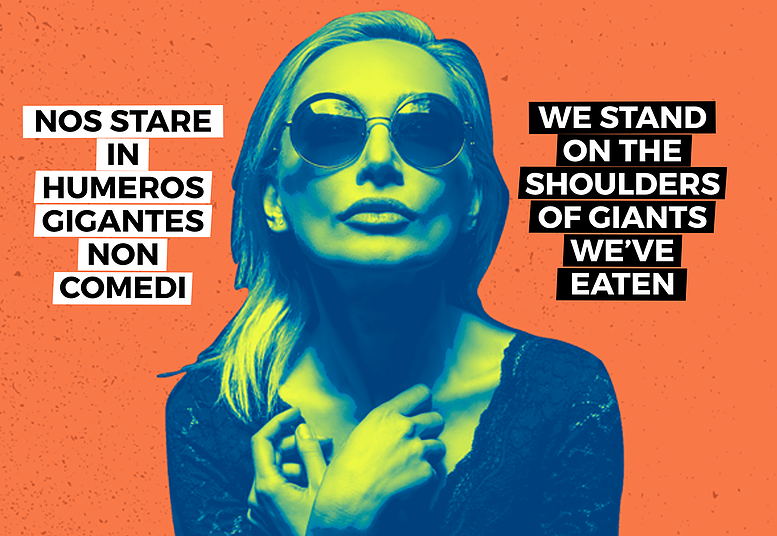 “If you’re not at the table, you’re probably on the plate.” 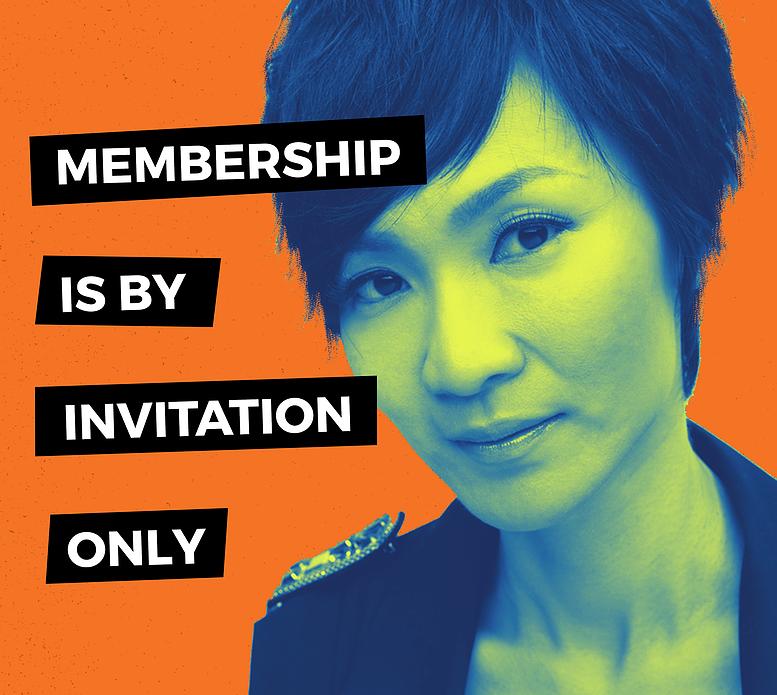 “The Cannibalist network was founded by a group of Hollywood and Silicon Valley executives to be a diverse energy center — a dynamic social collaboration of the most restless, innovative, disruptive minds of our generation. Our diverse collective includes studio executives, entrepreneurs, venture capitalists, outliers, upstarts and other assorted renegades… The Cannibalist App is a revolutionary private access social networking tool exclusive to Cannibalist members… The Cannibalist network hosts monthly and quarterly pop up movable feast events (think: TED meets Burning Man) which include cocktail conferences, salon dinners, screenings, live performances, debates and more. Locations are known only to members… The Cannibalist network is a private, invitation-only professional organization for those engaged in the entertainment and technology fields. Want a seat at the table? You must be nominated by a member to begin the process.

On the scientific front, I came across this recent study:

For early humans, cannibalism more than just a meal… “When early humans, including our species, ate their own kind it was more likely for ritual purposes than for a nourishing meal, according to an unusual study released Thursday.” – Phys.org, Apr. 2017

I will leave it for you to decide if the Cannibal Club is a hoax or a nonfiction dystopian symptom of our morally fractionalized utopia. If you feel inclined, queue up the latest Hollywood flick “The Cannibal Club,” released in 2018. It is a story about a very wealthy couple of the Brazilian elite who have the habit of eating their employees.

For a philanthropic twist on today’s brain food, consider giving your body parts away to improve someone else’s quality of life instead of eating your own kind to nourish a narcissistic mindset. 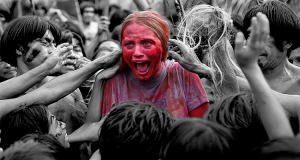