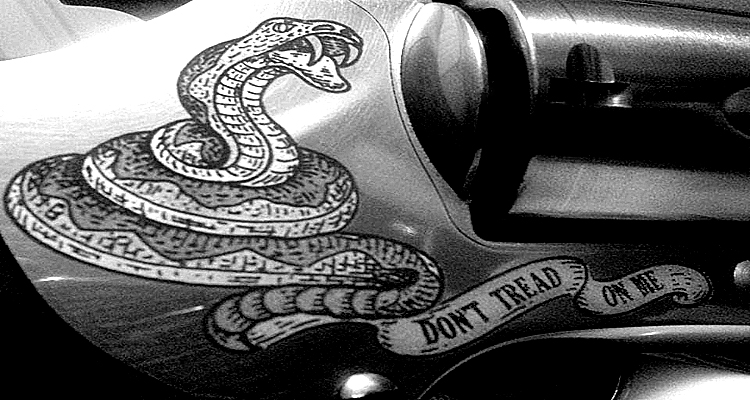 To “Live Free or Die” is not a meaningless euphemism or reckless thought taken for granted. It is a blunt declaration of truth in the eyes of a veteran from any battle you choose.

Memoir and Official Correspondence… ‘“They were men that had not learned the art of submission, nor had they been trained to the art of war. But our astonishing success taught the enemies of liberty that undisciplined freemen are superior to veteran slaves.’ As an afterword to the letter, Stark included a brief passage to be read as a toast to the veterans: ‘Live free or die. Death is not the greatest of evils.’” – General John Stark – 1809, New England Living

As per the Declaration of Independence, it is an inalienable right to have “life, liberty, and the pursuit of happiness,” to expect reasonable safety while doing so, to guard the republic for which the U.S. flag stands, and to defend the Constitution and its amendments. It is your duty as a citizen to protect the U.S. from enemies foreign or domestic that would shamelessly take this country and your inalienable rights away from you.

Prehistoric man fashioned weapons for hunting and self-defense from the stones and natural material in his environment. As humanity advanced in knowledge and metallurgy craft through history, the trebuchet, spear, dagger, lance, sword, crossbow, longbow, cannon, and a variety of firearms were developed. In our modern era, the tools for war, hunting, and self-defense have progressed. In order to balance the scales of justice, an individual has the right to possess a weapon that ensures the scale does not tip too far out of favor. The Second Amendment was not written to protect your hunt for a meal. People own guns for a variety of reasons, but the primary one is personal defense. During the Revolutionary War, citizens took up firearms against the tyrannical government of England.

The Second Amendment and the Inalienable Right to Self-Defense… “A well regulated Militia, being necessary to the security of a free State, the right of the people to keep and bear Arms, shall not be infringed.” – Second Amendment, Heritage Foundation

The Second Amendment Has Always Been An Individual Right… “The notion of individual ownership of firearms was so unmistakable and so omnipresent in colonial days—and beyond—that Americans saw no more need to debate its existence than they did the right to drink water or breathe the air. Not a single Minuteman was asked to hand his musket over to the Continental Congress after chasing the British back to Boston. If they had been, the Revolution would have been short-lived, indeed… The right of self-defense is the first law of nature, wrote George Tucker in the 1803 Blackstone’s Commentaries regarding the American Second Amendment. ‘In most governments it has been the study of rulers to confine this right within the narrowest possible limits… and [when] the right of the people to keep and bear arms is, under any color or pretext whatsoever, prohibited, liberty, if not already annihilated, is on the brink of destruction.’” – The Federalist

When I penned the following articles to address gun rights and gun control issues, it was unbeknownst to me that our country was at the confluent precipice of a global pandemic and political revolution through a presidential election that would be contested.

Gun Sales Might Spike as an Inept Capitol Hill Desecrates the Constitution… “Abandoned, rejected, and repealed legislative efforts from the past will rise from the graveyard.” – TraderStef, Dec. 2018 (Twitter thread)

Uncertainty surrounding the pandemic and presidential election has resulted in an unprecedented demand for guns and precipitated ammunition shortages across the country.

Ammunition Makers Facing Massive Order Backlog, Shortage May Last Until 2021… “Ammunition makers are reporting a massive backlog, and in some cases, the shortage is so severe that gun owners may not be able to purchase ammunition off the shelves until next year.” – Daily Wire, Oct. 4

Gun stocks gain, suggesting a Trump loss may be anticipated… “A surge in firearm background checks by the Federal Bureau of Investigation this year, to already reach a full-year record in just nine months, also points to worries that tighter gun controls may be coming after the election.” – MarketWatch, Nov. 3

Nationwide ammo shortage leaves Ohio gun store owners shooting blanks… “Reamsnyder, owner of Westerville firearms store Velocity Works, said he never could have guessed what 2020 would bring. The coronavirus pandemic, civil unrest and election season have all severely affected stocks of guns and ammunition this year. ‘All I can tell you is that I take 25 to 30 phone calls a day asking when I’ll have more ammo, and the answer is always, ‘I don’t know.’” – TimesReporter, Nov. 16

There is potential for Biden to fraudulently waltz into the White House next year, and his promise to assign Beto O’Rourke to lead gun control efforts in D.C. is taking shape. Even if the Senate maintains a Republican majority, a Biden-Harris administration will use the power of the pen as much as possible.

Congressman Ken Buck to Joe Biden and Beto O’Rourke: Come and Take It!

Biden’s New Deputy Chief Of Staff On Board With Gun Confiscation… “Jennifer O’Malley Dillon, tapped by the Biden transition team to be deputy chief of staff in a new administration, has expressed her full support for not only banning commonly-owned firearms, but confiscating them from legal gun owners as well. Fox News reports that Dillon, who served as Robert Francis “Beto” O’Rourke’s campaign manager before switching to the Biden campaign after O’Rourke’s departure from the Democratic primary, embraced O’Rourke’s plan to confiscate millions of legally-purchased rifles and guns.” – Bearing Arms, Nov. 19

Buckle up, savvies, and hold your gold and silver close while keeping an eye on the following firearm-related stocks; 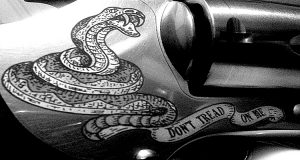