This is a summary of the key investment insights from 6 top fund and money managers, as well as top traders, including Jim Rickards and Ronald Stoeferle (well known in the precious metals community worldwide), during the quarterly Incrementum Advisory Board. The main topic of the discussion during the last Advisory Board was the increasing deflationary pressure and its consequences on markets and central bank policy.

1. Falling oil prices are more of a symptom than a cause of deflation. It is clearly a symptom of declining money supply growth worldwide.

2. The effects of the collapse in oil are both positive and negative, because what consumers are gaining, producers are losing. The only problem is, about 1/7 of the junk bond market is related to energy, 10% of the earnings in the S&P500 are related to energy and a lot of capital expenditure and job growth was related to energy. It goes without saying that this collapse will cause some disruption. It comes down to the sequence of events; we will first see the disruptions and only later the positive effects.

4. The decline in inflation expectations and yields is negative for stock markets. It has not reacted negatively yet, but volatility is already much higher since October. This shows that opinions are becoming more divided. So if we assume that economic activity is slowing down, it’s going to be more and more difficult to rationalize a very highly valued stock market. It is one of the most overvalued markets ever.

5. Economic activity could start falling quite soon. We are heading for difficult times in the US and this weakness may last well into 2016. If that would be the case, expect weaker growth and the stock market should start to mirror that. After the first quarter of this year, we could see the emergence of a downtrend in the S&P 500.

6. With respect to commodity markets, the underlying downtrend in oil should continue. It would not be surprising to see oil prices below USD 30. This would obviously be disastrous for various energy producers like Russia. Bear in mind that oil producing nations require foreign reserves. They will thus raise the volume of their supplies to generate some cash flow and try to survive.

7. The dramatic collapse of crude oil is not isolated. Copper prices have tumbled and that is noteworthy because it’s a commodity sensitive to industrial demand. The price has broken important levels and seems poised to go much lower. Copper looks like an excellent short trade at the moment. Note also that sovereign bond prices are rising. There has been a topping out process underway in stocks.

8. Be careful with gold right now as it is overbought and is hitting the 200d MA. However, on dips, in the broad range between 1,100 and 1,200, gold should be accumulated, especially if you have a bearish view on the stock market. If you think the multi-year bull market in equities will end soon, it might be wise to accumulate gold.

9. Why would anybody buy gold during a Deflation? The answer is, deflation is a pretty good leading indicator of inflation. Gold is also an interesting facet of the currency wars. If you think of gold as money gold can’t fight back.

10. Gold is holding up extremely well, given the major rally in the USD and gold traded basically sideways with a minus of only 2% in 2014. In every other major currency, price action looks constructive. On the other hand, the mainstream seems to think that the gold price actually got completely trashed last year, although it was only a sideways trend. So there’s a major divergence between what the market says and what market participants say.

The transcript of the full conversation between these gentlemen is below. 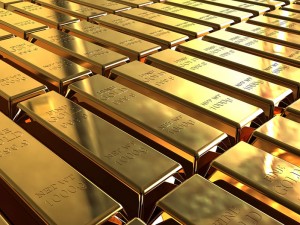 This is a summary of the key investment insights from 6 top fund and money managers, as well as top traders, including Jim Rickards and Ronald Stoeferle (well known in the precious metals community worldwide), during the quarterly Incrementum Advisory Board.