Wireless power technology recently became popular with its application in charging wireless-capable devices, (such as a smartphone) via a Powermat interface. There is one company currently building out a true wireless power supply without the need for an intermediary “pad,” which could develop into an investment opportunity of a lifetime if it or another company successfully launches an IPO, not to mention the upstream manufacturing interface components.  I will get to that later.

The exploration of wireless power brings to mind a man made famous for attempting to build it first, Nikola Tesla. A great down-to-Earth source for detailed information about his life is available at the Nikola Tesla Museum, located in Belgrade, Serbia. In case you are too young, living under a rock, or born into a tribe that’s remote from civilization, here is a brief summary of Nikola’s good work on Earth.

Nikola was born in the Austrian Empire on the land now known as Croatia on July 10, 1856, and passed away on January 7, 1943, as a United States citizen. He was an engineering genius that invented the alternating current (AC) electric system. When he walked through Budapest City Park in 1882 watching the sunset and reciting verses from Goethe’s Foust, he discovered the principle for a rotating magnetic field with AC.

Einstein and Tesla pictured together in NJ, 1921 – Smithsonian 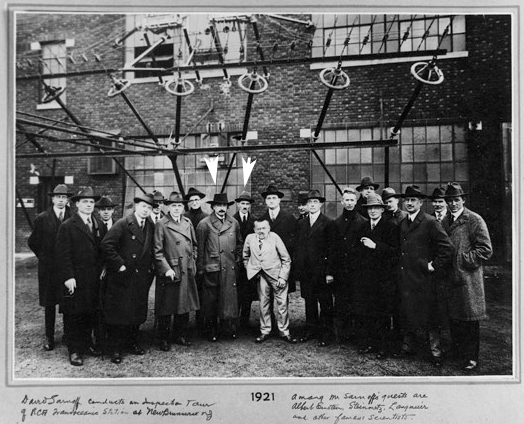 In late 1882, Nikola worked on repairing Thomas Edison’s DC power plants in Europe and spent time throughout France and Germany. In 1883, he built the world’s first commutator-free, three-phase induction motor in Strasbourg, and eventually patented it in the U.S. In 1884, he immigrated to the U.S. in search of support for his discoveries, and he continued the association with Thomas Edison for another year by working at the main factory in New York. After leaving Edison and the unsuccessful launch of his first company, Nikola was hired by George Westinghouse, who gave him his own lab and licensed a patent for the AC motor design. From 1888 to 1891, Nikola secured 36 patents. His U.S. citizenship was granted in 1891, and during that same year, he secured a patent for the resonant transformer, aka the famous Tesla coil.

A lesser-known project, but a most important event leading up to the launch of public power grids, was the first industrial-scale AC power plant. In 1889, Lucien Nunn, the owner of the Gold King Mine in Telluride, Colorado, traveled to the east coast for a meeting with George Westinghouse. Thomas Edison had developed DC power, but DC was not as stable as AC power. Nunn needed a power source solution for his gold mine that could operate from a distance with the use of wired cables. Westinghouse purchased patents from Nikola for his AC power systems for $1 million and Nunn went on to build the world’s first industrial AC power plant, known as the Ames Hydroelectric Generating Plant, which still operates and is currently owned by Xcel Energy. 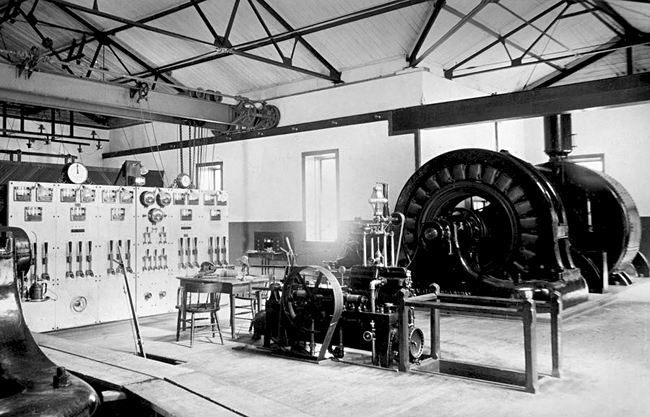 In 1897, Nikola established the basis for modern radio technology and filed additional patents. That was his first step forward into the “wireless” domain. In 1899, he gained the financial backing from J.P. Morgan and began construction of a laboratory and the famous Wardenclyffe Tower for his World System of Wireless Transmission of Energy on Long Island, NY. Sometime around 1906, J.P. Morgan discontinued financing the project and Nikola redirected his efforts to further research and inventions in mechanical engineering.

“The transmission of power without wires is not a theory or a mere possibility, as it appears to most people, but a fact demonstrated by me in experiments which have extended for years. Nor did the idea present itself to me all of a sudden, but was the result of a very slow and gradual development and a logical consequence of my investigations which were earnestly undertaken in 1893 when I gave the world the first outline of my system of broadcasting wireless energy for all purposes.” – Nikola Tesla, 1927

Was Edison Adversary Father of ‘Star Wars’? “The man who invented radio and who discovered the way that the world transmits its electrical power did much of his creative work here. But, wait. Weren’t we taught that radio was invented by an Italian named Guglielmo Marconi? And that the legendary Thomas Alva Edison devised today’s electrical power system in his New Jersey laboratories? We were taught wrong. Two years before Marconi demonstrated his wireless radio transmission, Nikola Tesla, a naturalized immigrant, performed an identical feat at the 1893 Worlds Fair in Chicago. On June 21, 1943, in the case of Marconi Wireless Telegraph Co. vs. the United States the Supreme Court ruled that that Tesla`s radio patents had predated those of the Italian genius. To be sure, Edison invented the incandescent light bulb. But he powered it and all of his other projects with inefficient direct current (DC) electricity. It was Tesla who discovered how to use the far more powerful phased form of alternating current (AC) electricity that is virtually the universal type of electricity employed by modern civilization. And now, there are indications that Tesla also discovered many of the devices which the United States military-industrial complex is seeking to develop and build for the Pentagon’s controversial Star Wars antimissile defense system.” – Chicago Tribune, Aug. 1986

Were all-powerful elite conspirators pulling strings in the background so that we peasants would not attain cheap energy? I will leave that search for factual evidence to you, dear reader. Keep in mind that J.P. Morgan fulfilled his contract with nothing in return after a $150k investment and a promise of 51% ownership in any wireless transmission patents. Nikola was paid to devise a way to send radio signals around the globe, not electricity. It was Guglielmo Marconi, a physicist, who successfully sent radio signals across the Atlantic Ocean in 1901. Marconi beat him to the punchline, and J.P. Morgan did the math.

“I would add further, in view of various rumors which have reached me, that Mr. J. Pierpont Morgan did not interest himself with me in a business way but in the same large spirit in which he has assisted many other pioneers. He carried out his generous promise to the letter and it would have been most unreasonable to expect from him anything more” – Nikola Tesla’s Autobiography

It is likely that the next 20 years might be spent replacing the wires and batteries that enable our everyday life as wireless technology becomes more sophisticated and pervasive. With a 5G-network rollout, the growth of the Internet of Things, and over-the-air charging, technologies will eventually work together in a more interactive and connected way 5G is designed for.

Ossia is a company that specializes in line-of-sight wireless power transmission.

Wireless Power, But Not What Tesla Had in Mind… “Two years ago, Ossia introduced the world to its wireless power technology. Unlike Tesla’s inductive coupling, which sends power in all directions equally, Ossia’s Cota® (Charging Over The Air) technology pinpoints the receiving device and transmits power directly to it through a combination of line-of-sight and reflective paths.” – Engineering.com, Jan. 2018

Another company I alluded to at the beginning of this article, and is more in tune with Nikola Tesla’s vision, is Viziv Technologies.  Take note of all the military brass and military industrial complex insiders who are running the joint. They already have a functioning tower in Texas, and work in conjunction with Baylor Research and Innovation Collaborative.

“For over 100 years, scientists and industry leaders have searched for a way to safely transport energy over long distances without the use of conventional wires or cabling… That search is over… Zenneck Surface Wave is an electromagnetic wave that uses the surface of the earth as a waveguide enabling it to carry communications signals or electrical power efficiently over long distances. This wireless power system will employ a ‘transmitter probe,’ located near a power generation plant, to launch a Zenneck carrier wave. Receiver antennae will be positioned appropriately around the world to receive the signal and download the power into a local microgrid or conventional grid architecture. The wave is impervious to weather effects such as lightning or geomagnetic disturbance or electromagnetic pulses (EMP), including those associated with a nuclear detonation. Unlike a wired grid, the Zenneck wave cannot be physically attacked and cyber attacks would be challenged to target or cause cascading failures to a wireless system. When launched, the Zenneck Surface Wave literally envelops the planet like a balloon, enabling transmitter probes to be placed anywhere power can be generated and receivers to be placed anywhere power is needed.” – Viziv Technologies

A research paper titled “Global Wireless Power Transmission Market Analysis, Drivers, Restraints, Opportunities, Threats, Trends, Applications, and Growth Forecast to 2027” was pointed to today over at MarketWatch. Here is a list of companies included within the report that you can add to your “wireless energy” watch list. They currently sell wireless power products or are part of the upstream manufacturing processes.