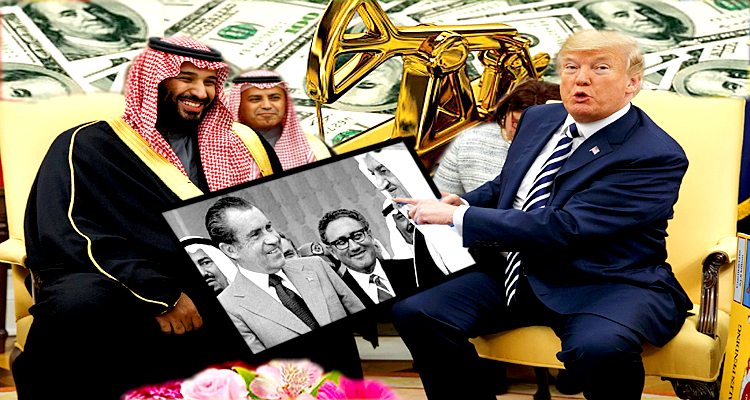 In July 1944, delegates from 44 nations met at Bretton Woods, New Hampshire and agreed to “peg” their currencies against the U.S. dollar, as it was the only currency strong enough to meet the rising demand for international transactions after WW2. The value of gold being fixed by law at $35 per ounce also made the value of each dollar attractive and stable, and the global reserve currency was born. Unfortunately, when governments face self-inflicted fiscal issues, they typically print and debase their currency to pay for the accrual of debt.

During the 1960s, President Lyndon Johnson’s administration declared a war on poverty with the Great Society program and more than four million new recipients signed up for benefits. During the Nixon administration, welfare programs expanded and States were required to provide food stamps, Supplemental Security Income (SSI) gave aid to the disabled and aged, and the Earned Income Credit injected assistance in the form of tax credits.

After nearly two decades of military intervention and bankrolling regimes, the cost of war totaled $170 billion (roughly $1 trillion in today’s terms). The U.S. could not print enough currency to cover the cost, finance the Great Society program, and continue to deplete its gold reserves by exchanging dollars for gold to foreign countries. U.S. gold reserves totaled $30 billion, with a majority backing the existing currency at that time, and raising taxes was not a politically viable solution. You could never tax the populace enough to keep the fiscal books in balance, and politicos were unwilling to revalue the price of gold.

“There is always enough gold, it is just a matter of price” – Jim Rickards

The Bretton Woods agreement imploded in 1971 when Nixon severed the link (Nixon Shock) between gold and the dollar, and the dollar was destined to oblivion with no intrinsic value to back it except for the good faith and credit of the U.S. Government. The Nixon administration understood that the world was inevitably going to consume more oil, and Saudi Arabia had the supply. They came to an agreement whereby Saudi oil could only be purchased with dollars, which created a huge global demand for the dollar. By 1975, all OPEC members agreed to only sell their oil for dollars (aka petrodollar).

“Beginning in the mid-1970’s the American Century system of global economic dominance underwent a dramatic change. The oil price shocks of 1973-1974 and 1979 suddenly created enormous demand for the floating dollar. Oil importing countries from Germany to Argentina to Japan, were all faced with how to acquire export-based dollars to pay their expensive new oil import bills. The rise in the price of oil flooded OPEC with dollars that far exceeded domestic investment needs, and therefore categorized as ‘surplus petrodollars.’ A major share of these oil dollars came to London and New York banks where the new process of monetary petrodollar recycling was initiated. In 1974, U.S. Assistant Treasury Secretary Jack F. Bennett and David Mulford of the London-based Eurobond firm of White Weld & Co set about the mechanism to handle the surplus OPEC petrodollars. Kissinger, Bennett and Mulford helped orchestrate the secret financial arrangement with the Saudi Arabia Monetary Agency (SAMA) that creatively transformed the high oil prices of 1973-1974 to the direct benefit of the US Federal Reserve banks and the Bank of England.” – petrodollarwarfare.com

Since 1974, the world has run on petrodollars… “The deal went like this: Saudi Arabia would price oil in U.S. dollars and use its clout to get other OPEC nations to do the same. In return, the U.S. government agreed to protect Saudi Arabia and its allies against foreign invaders and domestic rebellions… The appeal for Washington was more subtle — but no less important. Anyone who wanted to buy oil now needed dollars to do so. That meant perpetual demand for dollars and a cycle that goes like this…

This gave the dollar a special place among world currencies, and in essence ‘backed’ the dollar with oil. The arrangement gave the dollar artificial strength, with tremendous financial benefits for the United States. It allowed us to export our monetary inflation by buying oil and other goods at a great discount as dollar influence flourished.” – Daily Reckoning, Aug. 2015

When a global reserve currency is used more often than other currencies, the higher its exchange rate becomes (strong vs. weak dollar, numerically speaking) and the more domestic exports will suffer. That dynamic creates a trade deficit for the country issuing the reserve currency. The deficit means that the country imports more goods and services than it exports and risks a predominant service-based economy instead of maintaining a healthy manufacturing base. The deficit eventually becomes unsustainable when investors and sovereign nations are unwilling to buy our Treasury debt, as is currently the case with countries such as Russia and China lowering their exposure to the dollar, building a currency transaction system that is independent of SWIFT, and purchasing gold hand over fist in the era of Basel III. 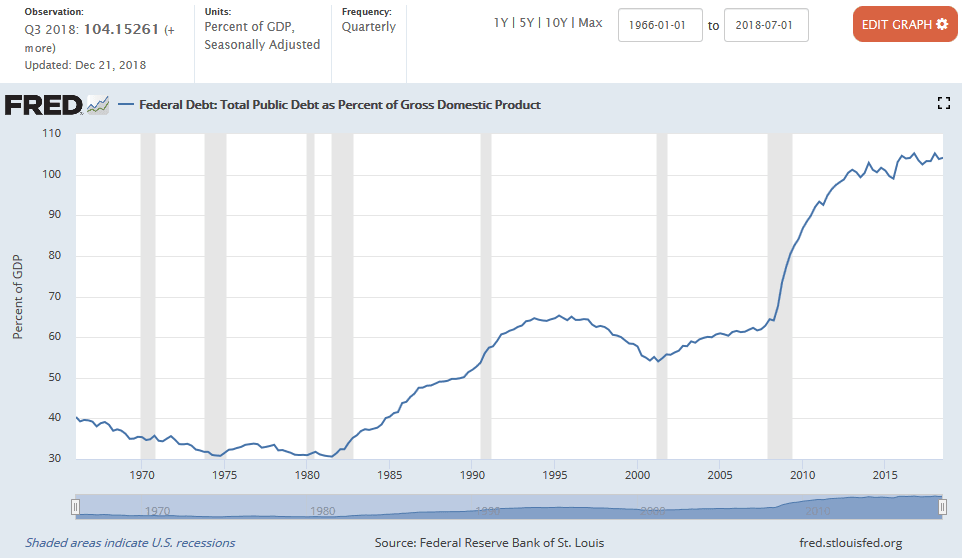 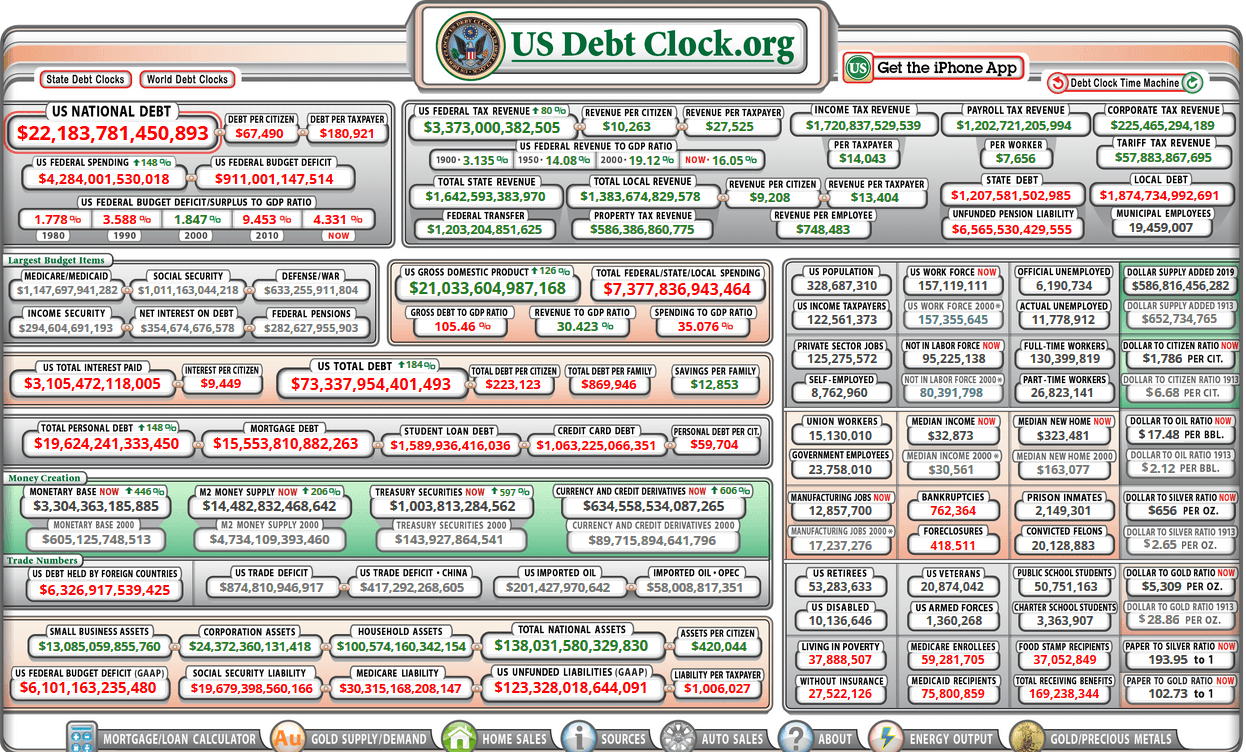 I published the following excerpt in “Hostel Saudi Hack Job and a Financial Market Rollover back in Oct. 2018:

“There is a chance Saudi Crown Prince Mohammed bin Salman (MBS) directly had nothing to do with Khashoggi’s “Hostel” killing and may be a politically motivated abduction gone badly… If evidence does indeed prove Saudi’s guilt, anger from our congressional critters could brew over into renewed actions to sanction Saudi Arabia, discontinue arms sales, and push back on support for the war in Yemen. Moreover, the attempt by the Senate last spring to invoke the 1973 War Powers Act may force a vote to end all U.S. military assistance in the Yemen debacle. Saudi Arabia has always been a strange bed partner for the U.S., not to mention their involvement with 9/11, but the relationship always remained intact with the petrodollar heaven keeping the financial order. This time, the benevolence might run out as politicos and corporate interests turn on MBS with a swiftness not seen since Gadhafi in Libya, a leader once championed by Western supporters as major influence for reform in the region.”

Fast-forward to last month and this week and we see Saudi Arabia threatening the U.S. with financial Armageddon once again due to the “No Oil Producing and Exporting Cartels Act 2019” (NOPEC) legislation.

This is not the first time NOPEC legislation surfaced on Capital Hill. The POTUS may be a vocal critic of OPEC, but he’s unlikely to jump on the NOPEC boat right now and will veto any bill that lands on his desk. Consider the following five points:

The only way the U.S. can ensure its financial boat does not sink in the not too distant future is to back a domestic dollar with gold before countries like China or Russia “jump the shark.” 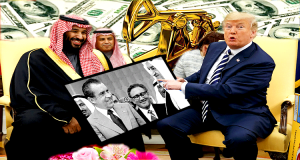