There was a time when the dogma of religion suppressed the peasantry into worshiping a geocentric model of existence.  That model stymied the human mind from considering any alternative reality. The Renaissance triggered the Copernican Revolution in the mind of science, which was spearheaded by the Polish astronomer Nicolaus Copernicus. While preparing his seminal manuscript “On the Revolutions of the Heavenly Spheres” that detailed a heliocentric model, he resisted publishing it because of a fear of scorn due to the incomprehensibility of his hypothesis.

Despite contemporary advances in science and space since the Dark Ages and a Copernican Revolution, some folks continue to embrace a flat Earth where you sail off an edge if you dare go too far.  At some point in the future, the current compartmentalized conglomerate of peasantry will realize that our solar system is not a vinyl record that travels through space in a linear fashion. Just as helical cyclicality rules the heavens and the Earth, we also move along at tremendous speed through the Milky Way galaxy within a much larger multi-verse. Here is the helical model of our solar system as a vortex.

I bring forth the Copernican Revolution as an analogy to current models and strategies that appear to dominate our financial and precious metals markets. An example is a model with blinders that battles a beast within the forest of government-sanctioned gold and silver suppression. Blabbermouth haunts, newsletter subscriptions, and establishment pooh-bahs infiltrate a Robin Hood army protecting the villages that surround the forest. There are also technical analysts hanging out in the trees that are unable to draw a straight line or correct pattern if given a chisel point marker, as well as a tribe of trolls who ignore the wisdom dished out by legends like Jesse Livermore.

If only we adhere to the suppression model of existence, we could all happily stroll down a yellow brick road to riches without a risk of threat from fundamentals or automated trading technology. No matter who succumbs to that nonsense, you will remain within the confines of Dorothy’s nightmare with witches in long black dresses that seek to destroy you in the forest.

What if nobody cares about market rigging? Do you?…  “But lately we can’t entirely dismiss a disturbing thought: What if we got our wish and the major mainstream financial news organizations, from the Financial Times to Bloomberg News to The Economist, acknowledged prominently that central banks constantly intervene in the gold market to control the monetary metal’s price and protect their own currencies and bonds, primarily through derivatives trading, thereby effectively rigging all markets … and nobody cared, because everybody had been corrupted by the rigging? What if free and transparent markets, limited and accountable government, and fair dealing among peoples and nations are just cliches from a bygone era? Anyone can understand the demoralization of the monetary metals industry in recent years… No mere lawsuits and courts can preserve those values; they will survive only if they live in the hearts of enough people. If those values do live there, exposure will work eventually, and GATA believes it is on the verge of compelling government to make its most incriminating admissions yet — or its most incriminating refusals to answer. We mean to press on nevertheless, but we can’t do it well without financial support. So if you have not yet helped us, please consider doing it now. Even a $5 contribution will be more than GATA has received from Newmont Mining or Barrick Gold, companies that do nothing to fend off the great enemies of their investors. GATA will always do what it can, which has been and will remain far more than it ever was thought able to do.” – GATA, Jan. 1, 2019

I have the utmost respect for the leaders and contributors at GATA for their thankless effort during the last two decades. The issue is that Main Street cannot swallow passive-aggressive blame games against those who struggle to maintain their capital and prefer not to demonize the companies that produce the precious asset their investment is based upon, then be asked for a $5 contribution toward a model that slammed into a legal dead end two decades ago. Consider reading “Spoofing the Gold and Silver Ambulance Chasers” Part 1 and Part 2.

There is another option in the battle.  Gold and silver must first return to their status as constitutional money. Flanking the enemy by slicing at the Achilles Tendon works from a grass roots perspective.  Back in Sep. 2018, I published “Gold and Silver Returning to Constitutional Status across the U.S. – Part 2 – The Monetary Metals Tax Neutrality Act of 2018.”  If GATA changed their strategy and lobbied for the above legislation, I would gladly send along a few dollars for the good fight.

In the meantime, corruption, paper playpens, spoofing, and Ponzi schemes are a daily threat to the peasant trader or precious metal stacker, all the while ambulance chasers continue to build a religion that offers no intelligent solution for real-time market trading or investment timing and remain eerily quiet during price spikes. 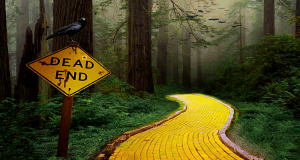