As described at the opening of Part 1 & 2, which followed a tremendous $200 rally in gold, with three sweet spot opportunities, price derangement syndrome (PDS) has returned to infect the discourse on gold’s price performance since a pullback began in late February and prompted a crescendo of whining that culminated at the psychological breach of $1,300. Unfortunately, the whining continues at every turn.

Most folks have a short memory when it comes to intraday swings in the price of gold. On many occasions in the past, the price moves have been more volatile than what we currently experience. One example is the great financial crisis, when stock markets were plunging without a breather. Gold initially gained in price at the onset of the crisis but tumbled for a spell through the middle of 2008. I remember the manipulation meme gaining steam during that pullback. When stock markets finally bottomed out, gold actually printed a $231 gain throughout the crisis, and its price chop during the crisis formed one of the most famous Inverse Head and Shoulders patterns seen to date. Gold’s brief swoon in price during 2008 was due to the following:

“What happened in 2008 was a global credit freeze and massive deleveraging—in effect a global margin call—and a flight to perceived quality (emphasis on perceived). Institutional investors holding gold, such as mutual funds and the big hedge funds, sold it to meet margin calls or redemptions because it was the most liquid asset they had. Foreign stocks sold off because economies abroad were presumed to be more vulnerable than they were to what was happening to their best customer.” – Peter Schiff, The Little Book of Bull Moves 2010 Edition

I bring up the circumstances that precipitated gold’s price action during 2008 because of what happened at 9:40am EDT on Mar. 27, 2019. Many pundits are regurgitating what one analyst said and are suffering from PDS based on his analysis regarding Mar. 27. The theory is the Bank of International Settlements (BIS) whacked the price of gold for a huge $7 during a 1-minute puke event. I hate to ruin the clickbait party, but the financial markets and charts tell a different story. 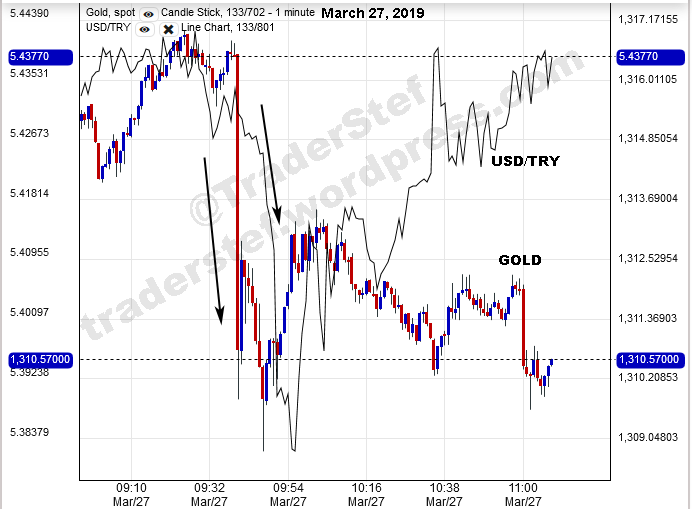 Due to Turkey’s currency ($TRY) volatility and a bond market liquidity crisis, someone needed immediate cash. They unloaded some gold paper contracts to cover their problem. That triggered downside price action in gold on Mar. 27, and the USD rallied hard on Mar. 28 due to another Brexit vote failure. 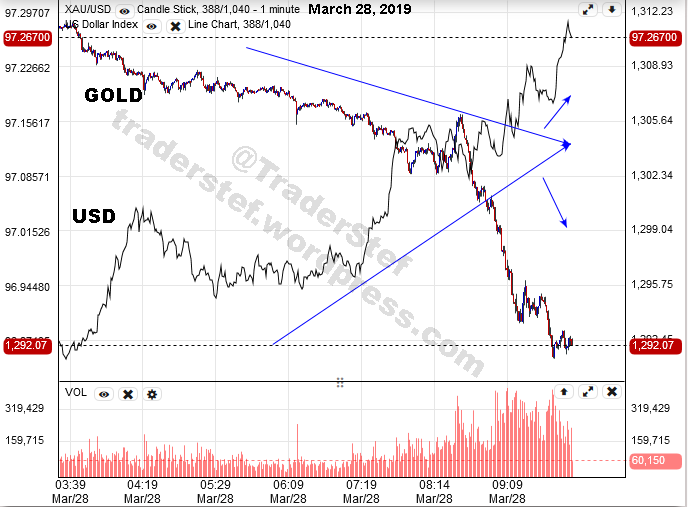 Aside from market liquidity issues in the currency and bond markets, the gold futures and options settlements and delivery notices were squaring their books at the CME from Mar. 26-29. We are also in the middle of spring seasonality patterns that typically create a choppy atmosphere with downside volatility. Conspiracy jumpers are always waiting behind the next door for every price flux instead of taking the markets in as a whole.

It did not end there. I heard another analyst in an interview regurgitate the same BIS theory, but this time with a presumption that it occurred during low-liquidity trading hours. Oops! The anomaly occurred at 9:40am EDT, which is a high-liquidity window where the COMEX is open for business and regulator eyes are on it stateside. I agree that cartel manipulation typically occurs during off-market hours, but to presstitute 9:40am in New York as a cartel manipulation storyline reeks of desperation for Website traffic. 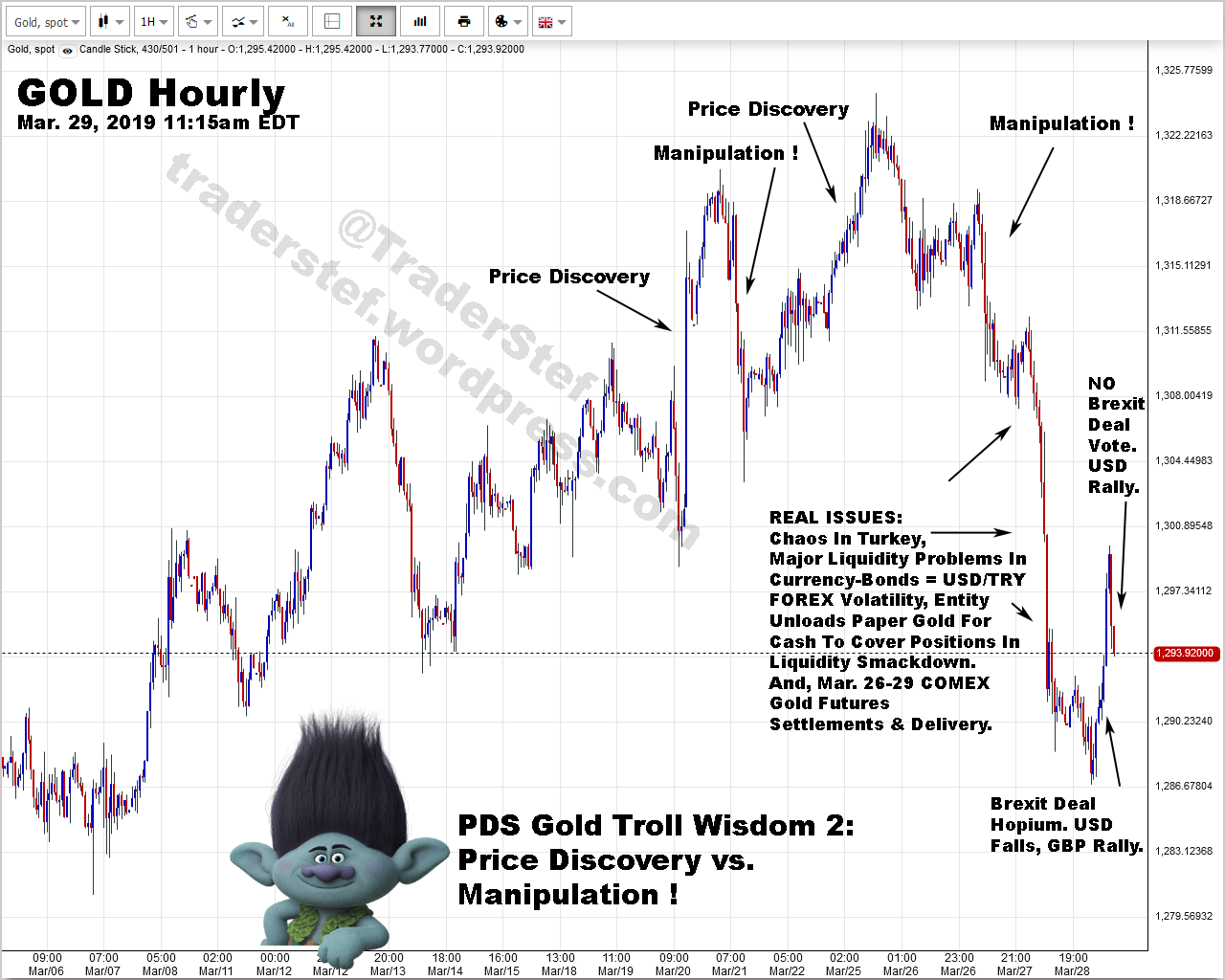 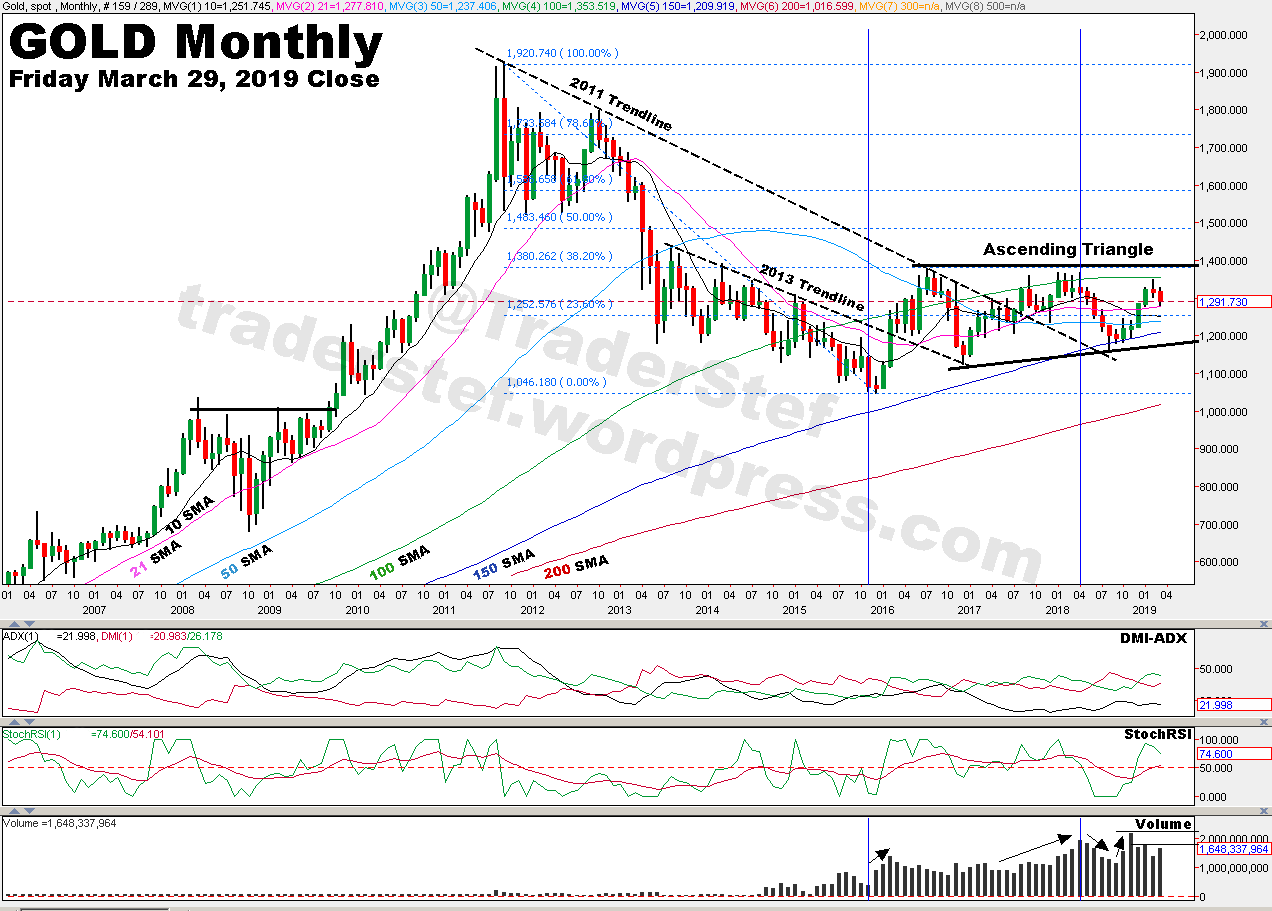 An Ascending Triangle pattern drawn back to the 2016 high and low dominates the big picture. The overhead 38.2% Fibonacci at $1,380 has been a formidable resistance level since Mar. 2014. The overhead 100 Simple Moving Average (SMA) has acted as resistance since Aug. 2018, and the 21 SMA has acted as support for the last three months. The DMI-ADX remains in a positive momentum, but undecided overall. The StochRSI has topped out and is rolling over, but it remains in positive territory. Volumes are strong and steady.

I am neutral near-term until the overhead 100 SMA around $1,250 is taken out with conviction and the $1,380 Fibonacci level is challenged. Springtime is typically a bad time of the year to layer bullish positions due to seasonality patterns, but short-term scalps and swing trades are possible if $1,300 is taken out decisively again. The price action could be choppy for a while before challenging the $1,380 level, but that could shift on a dime if a news headline or market event prompts a decisive price move. 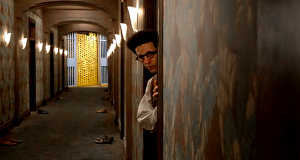