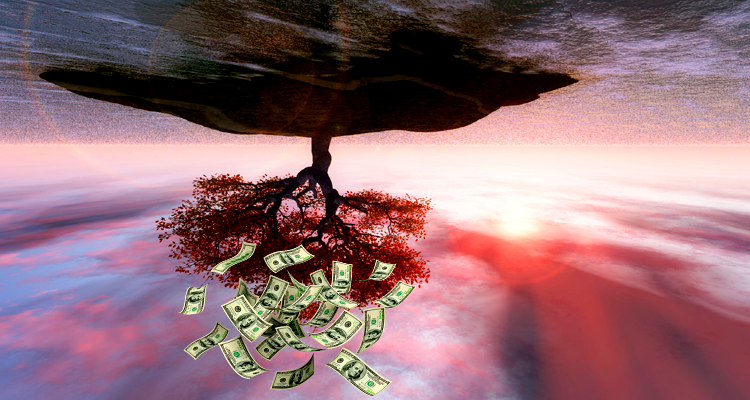 The last time I checked there was $75 trillion in global money supply, low to near zero interest rate policy (ZIRP) across the board, an inverted yield curve in the U.S. that is flip-flopping, and $11 trillion of sovereign negative yield bonds with 18 countries on the NIRP list. It all adds up to an upside-down world with more liquidity and more leverage at lower rates.

Negative Interest Rate Insanity… “As a result of record low interest rates, the tremendous distortions, imbalances, misallocations, and malinvestments are occurring across the globe. This unprecedented monetary environment explains why stocks are soaring, corporations are borrowing heavily, scores of billion dollar startups are popping up out of nowhere, and the global billionaire population has doubled in the past five years alone. While it appears to be a boom on the surface, it is an extremely unhealthy and artificial situation that will end in the mother of all economic crises.” – Real Investment Advice, Apr. 3 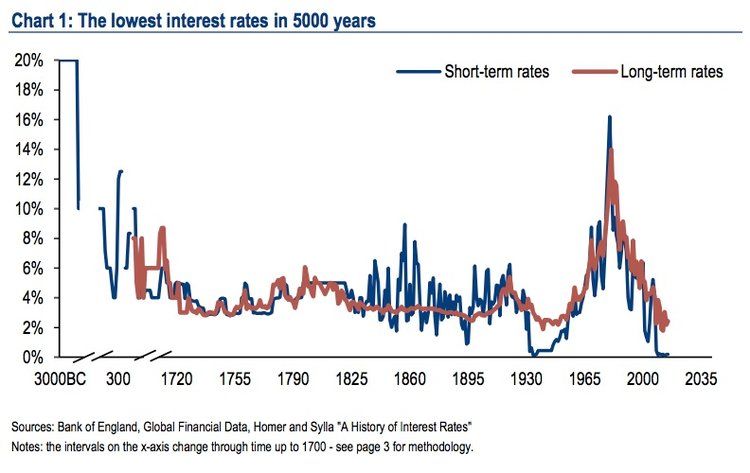 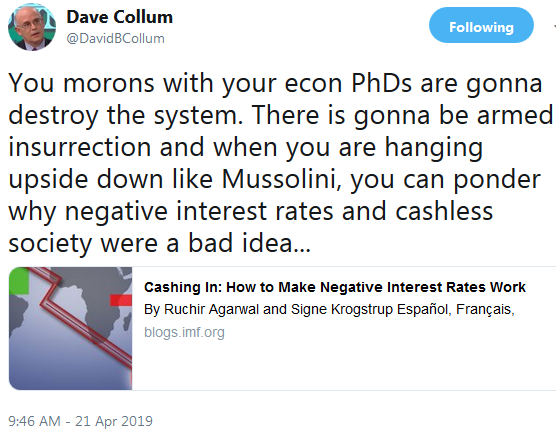 Cashing In: How to Make Negative Interest Rates Work… “Many central banks reduced policy interest rates to zero during the global financial crisis to boost growth. Ten years later, interest rates remain low in most countries. While the global economy has been recovering, future downturns are inevitable. Severe recessions have historically required 3–6 percentage points cut in policy rates. If another crisis happens, few countries would have that kind of room for monetary policy to respond. To get around this problem, a recent IMF staff study shows how central banks can set up a system that would make deeply negative interest rates a feasible option.” – IMF, Feb. 5

In markets and countries where interest rates are currently ZIRP or NIRP, rates will probe deeper into the red because central banks are halting their quantitative tightening (QT) rodeo. Negative real interest rates happen when subtracting the official rate of inflation (CPI-U) from a rate of return, which creates a conundrum that guarantees a loss of capital invested. If you stash cash in a savings account or CD with your bank of choice, you receive an amount that is less than the original investment at maturity by paying the institution to hold your money instead of them paying you. With sovereign bonds, negative yields cause an investor to lose the difference between the price paid and the face value.

Consumer Price Index (CPI-U) Summary… “The all items index increased 1.9% for the 12 months ending March, a larger increase than the 1.5% rise for the period ending February. The index for all items less food and energy rose 2.0% over the last 12 months. The food index rose 2.1% over the past year, its largest 12-month increase since the period ending March 2015, while the energy index declined 0.4% over the past year. Bureau of Labor Statistics (BLS), Apr. 10

The U.S. CPI-U is the broadest measure of consumer price inflation published by the BLS. Their headline number is seasonally adjusted month to month and the formal CPI is not. The annual inflation rate is year-over-year.

Why The Consumer Price Index Is Controversial – Investopedia, Apr. 3

Instead of using the most recent BLS’ 1.9% inflation rate, John Williams of ShadowStats employs pre-1990 and pre-1980 methodology for computing CPI-U, resulting in 5.5% and 9%, respectively. 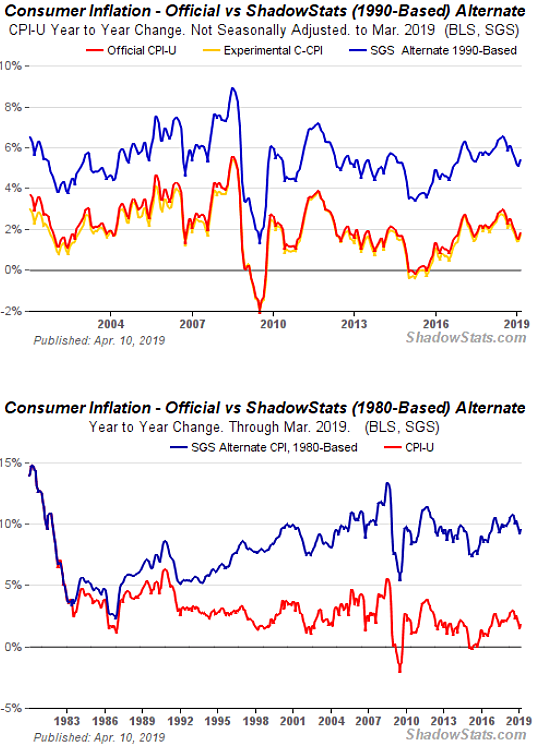 When looking at this week’s national averages on interest rates for savings, no matter which CPI rate you choose, you end up in NIRP land. Savings rates vary greatly depending upon the type of account and minimum balance requirement. The following table is from BankRate.com as of Apr. 19, 2019.

If you compare the U.S. CPI-U rate to the sovereign bond yields of 18 Western economies, you can see why U.S. sovereign debt remains the best house in a bad neighborhood and we are able to prop up an exorbitant level of national debt with interest. 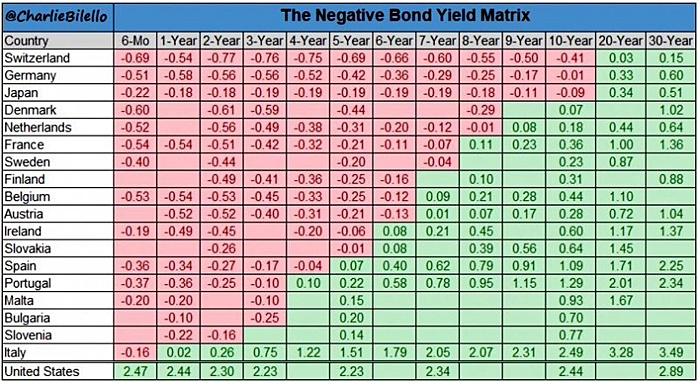 If you compare gold’s spot price vs. the S&P 500 in U.S. dollars over the last 19 years, it is apparent why gold remains a solid investment and hedge. That is particularly true for central banks because they became net buyers of gold in 2010 when the Bank of International Settlements (BIS) formulated a new set of guidelines after the great financial crisis that made gold a Tier 1 asset.

No matter where you look in the global economy right now, major economies are having a hard time, and it is possible that interest rates in the U.S. could revert to ZIRP or NIRP territory without real rates being taken into consideration. When the world plunged into the great financial crisis, central banks and governments went to experimental extremes with easy monetary policy. The Federal Reserve pulled the trigger with ZIRP and blew up their balance sheet to bail out the Western world and avoid a global collapse. Interest rates were around 5% back in 2007. They’re currently stuck at 2.5%, with the Fed already pausing interest rate hikes and nuking QT aspirations. How bad would things be at 5%? Central banks around the world are nervous and do not want a replay of 2008-2009, which would destroy any confidence that remains in the financial system. Central banking policy wonks are already saying they are prepared for the worst and willing to take proactive measures.

The primary reason why the global financial system has fallen into the predicament it is in is due to unsustainable debt. There are four ways to address debt: default, inflation, economic growth, and devaluation of currency. Defaulting on debt threatens financial system insolvency and collapse, inflation is weak when using post-1990s methodology, global economic growth is stagnant and weakening, and currency devaluation is a precarious option due to the floating exchange rate system implemented in 1973 that ended the Bretton Woods framework after President Nixon suspended the dollar’s convertibility into gold.

Central banks have resorted to a clandestine policy of NIRP in an attempt to reduce global debt levels, in turn transferring wealth from savers with the slow confiscation of capital. NIRP is telegraphing the fact that the global economy is unable to create enough growth and income to service the current level of debt. Debt levels are so high that even ZIRP is only keeping the Titanic afloat for a little while longer. Somebody has to pay the tab, and savers have become the preferred target. 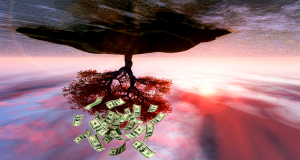