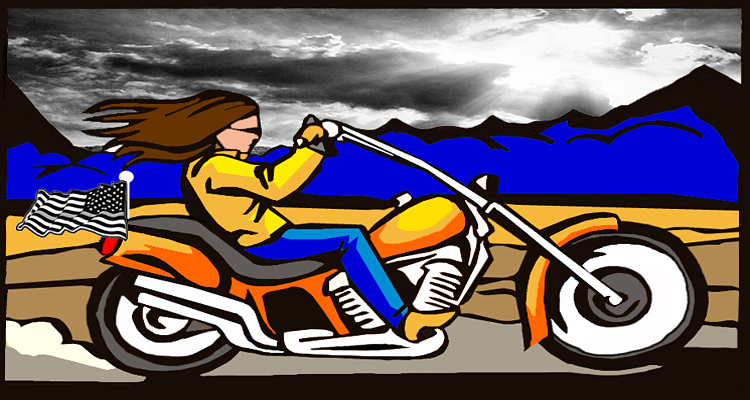 Has a bucking bronco thrown you off of silver’s bull run? An announcement by the United States Mint and Federal Register on Oct. 8 may tame the volatile and healthy consolidation process that followed a stellar summer rally when gold and silver spiked into overbought territory. I took advantage of that rodeo and sold a chunk of my paper silver position into strength (just shy of the recent high) and laddered that capital into mining stocks on the cheap. Let’s take a look at the U.S. Mint story and review the most recent silver spot price action.

The first of three price hikes in 2020 for numismatic bullion products at the U.S. Mint happened in January. The silver price increased the most and the products affected were annual sets, quarters, dollars, reverse proof dollars, silver coins and medals. The following table from CoinNews notes the new pricing and increases from 2019. 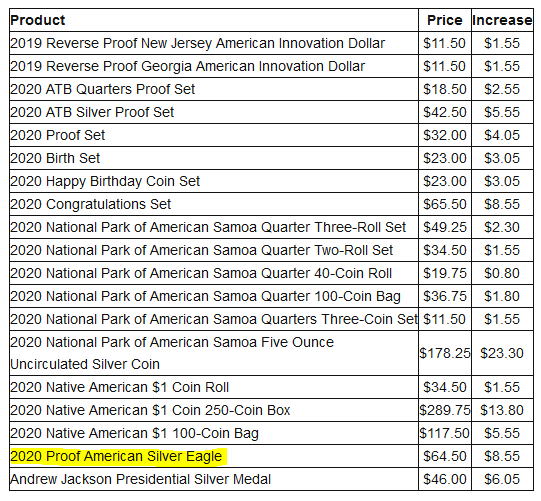 A second round of price hikes took place in April. Here are the products affected, their new pricing, and how much they changed since 2019. 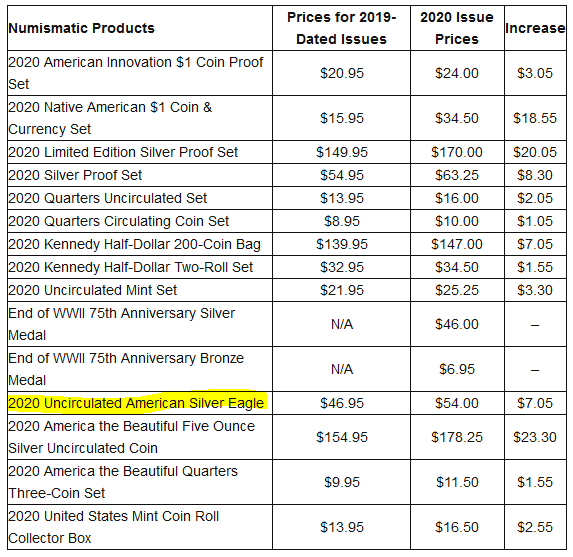 As announced by the U.S. Mint and Federal Register last week and effective October 13, the price for 15 numismatic silver bullion products are being hiked, with the 1-ounce Uncirculated American Silver Eagle getting a hefty 25% ($54 to $67) spike. 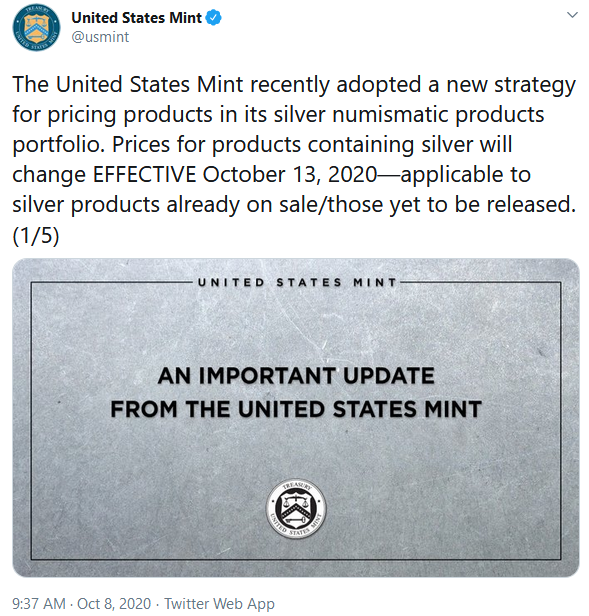 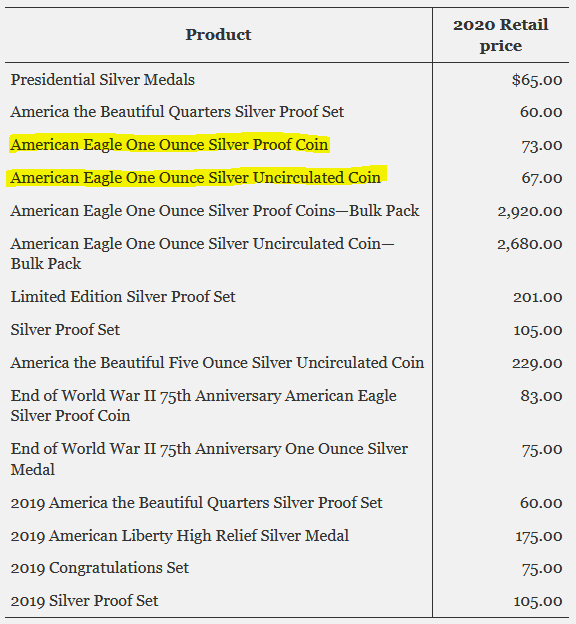 Additional details on the October announcement can be found at CoinWorld. The reasoning behind the current price increase:

“In order for the United States Mint to cover rising costs, meet its fiduciary responsibility to operate at no net cost to taxpayers, and return money to the Treasury General Fund, re-setting silver prices is necessary.” – U.S. Mint, Oct. 8

What is not widely reported is that the U.S. Mint is redesigning the reverses of the silver and gold American Eagles in 2021. The current design has been in use since 1986. The new design will first appear on 2021 releases and new anti-counterfeiting measures will be introduced later in the year on proof coinage and other collectibles. The most counterfeited U.S. coin is the American Eagle 1-ounce .9167 fine gold $50 piece, which is struck on a tungsten planchet and plated with copper and then gold. Fakes show the proper weight and gravity and are only detectable with special diagnostic equipment. The Royal Canadian Mint incorporated anti-counterfeiting measures (my personal favorite) back in 2013/2014.

It is important to note that the price increase on the 1-ounce .999 American Silver Eagle only applies to the numismatic product that has a mint mark on the reverse, comes with exclusive packaging, and includes a certificate of authenticity. The “Bright Uncirculated” (BU) version with unlimited mintage to meet demand and is popular with “stackers” is not included, but I find it hard to believe that the 25% increase in numismatic pricing would not overlap into the spot and future market to some degree. The last time I checked retail pricing, the premium to spot on the BU American Silver Eagle is floating between 15-30% depending on the source.

Lastly, a few recent articles on silver that are worth a mention and then on to the technical analysis. 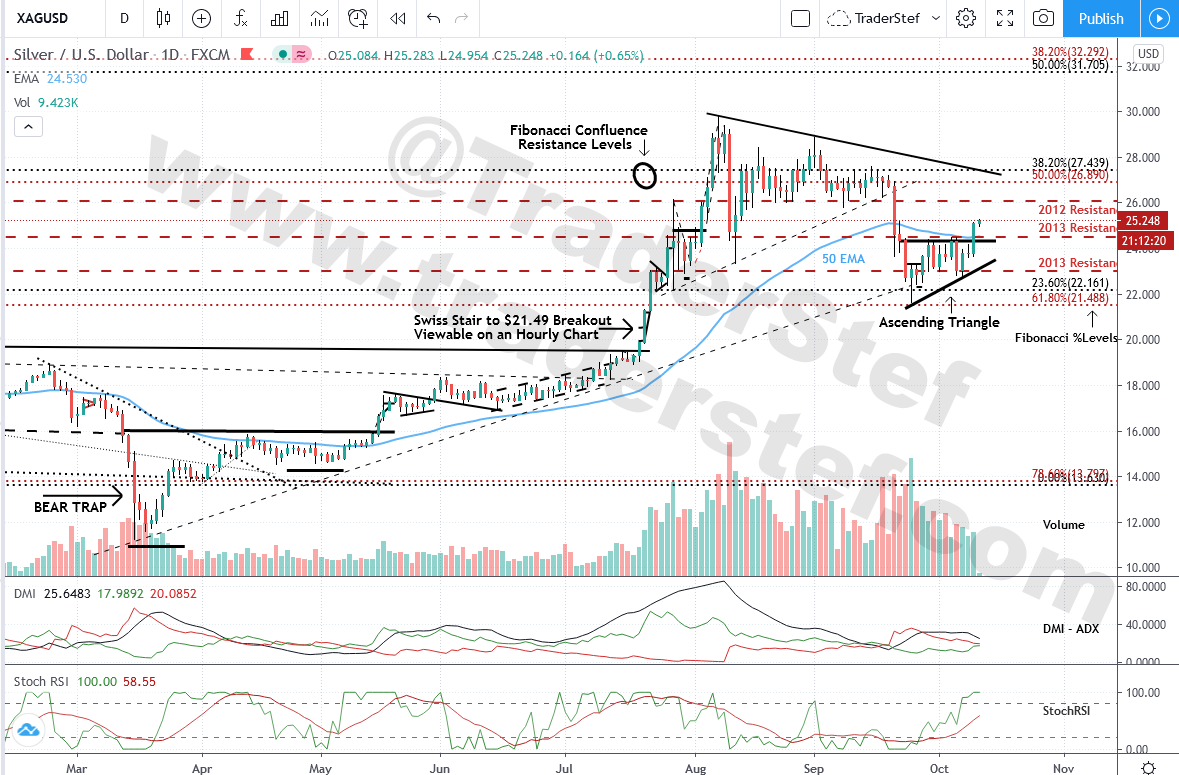 As recently as Sept. 20, I warned in an interview that a “shift in trend” in the price of gold was imminent due to a combination of falling volumes with a chart pattern. That warning came to pass the very next day when gold and silver reversed to the downside for four consecutive days, but neither experienced a major violation in their longer-term bullish trend. The chop and consolidation that began in August continued. An Ascending Triangle developed on the silver chart after the price pivoted upward on Sep. 24.

This past Thursday, I gave a heads-up on Twitter that the gold price was ripping to the upside in Hong Kong, as the USD was taking a hit on ruminations of a potential de-peg from the HK$. More often than not, silver follows gold’s lead. When all was said and done, gold spiked $40 and silver printed a $1.25 gain on Friday.

Friday’s RYPO price action decisively breached the Ascending Triangle’s topside trendline, took out the overhead 50 Exponential Moving Average (EMA), began working its way back in between two resistance levels that originate from 2013, and printed a high of $25.15 with a close at $25.08. There is not much resistance on the chart until the next set of Fibonacci levels are revisited and the trendline drawn down from the Aug. 7 high is challenged. The StochRSI is stoked and recent buy volumes are steady, but the DMI-ADX has not yet formed a preferred Alligator Tongue. The silver chart is bullish in the near-term and the long-term trend remains intact.

Whether or not the U.S. Mint’s decision to increase numismatic silver prices will impact the average stacker remains to be seen.

If you failed to take advantage of lower price points for silver before $21.49 was left in the dust, are you pissed off for hesitating?

Texas Hippie Coalition – Pissed off And Mad About It