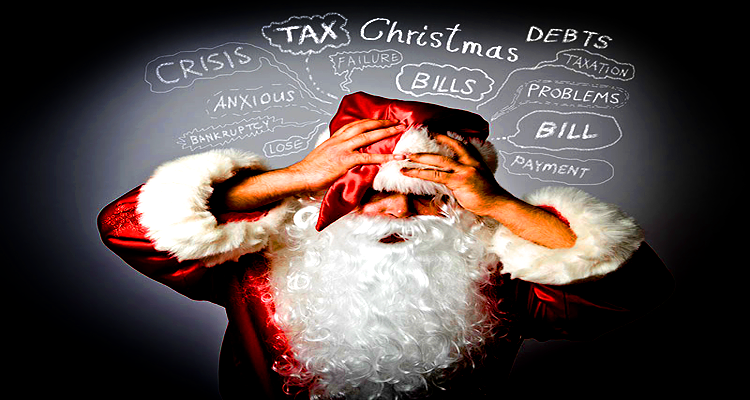 After penning “Put the Cuckoos Back in the Clocks” five months ago and starting a crime wave thread on Twitter, I am not surprised that a prevalent disregard for law and order has devolved into military-style precision “smash and grab” mobs looting high-end retail stores. It also appears that Black Friday shopping frenzies from the past are history and morphed into a more dangerous phenomenon for shoppers and costly for bottom-line retail sales.

“The pandemic era has emboldened elected and unelected political seats to brazenly dictate emergencies by executive order without recognizing their failed leadership that targets constitutional rights, such as the Second Amendment and gun control, without addressing the underlying issues.” – TraderStef

The spectacle of mob-style violence is not new and was called “wilding” back in the 80s. It did not occur under the same set of circumstances our society faces today, was not as widespread, and did not focus on looting high-end retail located on major metropolitan thoroughfares or big-box outlets in suburbia. Wilding was typically associated with a violent crime targeting an individual.

Fast forward to the civil unrest during Obama’s term in office with police involved shootings immediately broadcast as racial events no matter what the underlying circumstances turned out to be. Subsequent protests would often turn into riots and robberies that were termed “mass looting.” Isolated theft events that were not tied to a specific protest or riot were coined a “flash rob.”

Chicago Flash Mobs Apparently Robbed, Attacked Four Men Over Weekend… “Four assaults and violent robberies were committed — at least one in broad daylight — in downtown Chicago’s glittering shopping district, crimes that have stoked growing fears of criminal teen flash mobs. One man had a baseball bat thrown so hard at his head that his motor-scooter helmet was knocked off, before being dragged into the street and beaten by a group of 15 to 20 young males. Another was knocked off his bicycle, punched by a group of teens, and robbed of his cellphone and camera… The group nature of the attacks was also unusual, and heightened concerns about youth criminal activity coordinated in advance by text messages and social media.” – Huffington Post, Aug. 2011

Violence and unrest escalated during the early days of the pandemic that paralleled protests, riots, and no-go zones launched by BLM and Antifa that convoluted a presidential election with cries of institutionalized racism and social inequity. Several metropolitan politicos that leaned hard-left and defunded police departments or decriminalized petty theft are likely regretting those choices.

Protests became destructive and massive looting events occurred in towns like Kenosha, Wisconsin. After Kyle Rittenhouse was acquitted of murder based on self-defense, large and well-organized mobs began to brazenly storm and wipe out retail outlets in a matter of minutes. They are being called “flash and grab” robberiers. The menticidal policies promulgated by progressive socialists that include no cash bail or time served for theft are manifesting an atmosphere that third-world societies experience when a despot communist dreams of utopian fantasies (see Venezuela). They now claim that smash and grab robberies referred to as looting is a racist slur.

Flash mob thefts terrorize U.S. retailers ahead of Christmas… “In the most shocking of recent thefts, around 80 masked people in 25 cars raided a high-end Nordstrom department store in Walnut Creek, California east of San Francisco last Saturday, plundering its first-floor luxury goods counters in just a few minutes before fleeing… ‘I wouldn’t even characterize that as organized crime, that was domestic terrorism,’ Rachel Michelin, president of the California Retailers Association told Fox40 television in Sacramento.” – Japan Today, Nov. 26

Black Friday Update – California Flash Mob Robbers Won’t Be Stopped, Will Spread… “A former Philadelphia police commissioner predicted Friday that mass robbery crews would spread out across the country, given their success in a recent spate of California attacks on retailers. His prediction proved correct on Black Friday… ‘This is something now that I unfortunately think is going to spread,’ Ramsey told CNN on Thursday. ‘Right now it’s in California, but it will spread, there’s no question about it.’” – Deadline, Nov. 27

Mob rule is taking a toll on the psychology of brick-and-mortar consumers at the same time the Omicron panic is taking hold, consumer sentiment remains at a 10-year low with inflation expectations at a 13-year high, the supply chain crisis and stockouts are not ending anytime soon, and ecommerce is not picking up the slack from physical store sales that are languishing.

Holiday shopping is not printing any spectacular data points thus far and probably won’t break any records this year. On Thanksgiving, visits to brick-and-mortar stores collapsed 90.4% from 2019 levels. Black Friday’s online shopping saw its first reversal ever with $8.9 billion in sales vs. a $9 billion record set in 2020. Foot traffic at retail outlets fell more than 28% compared to the 2019 pre-pandemic shopping season. Cyber Monday’s online spending also fell for the first time with sales of $10.7 billion vs. $10.8 billion in 2020, and was much lower than expectations of an $11.3 billion record. Preliminary data suggests that folks may have shopped in the early fall due to media reports on the supply chain crisis with recommendations to shop early for Christmas.

Alternately, more shoppers preferred in-store shopping vs. online this year, but the unending fear over a mutating virus, economic woes on main street, jobs threatened due to tyrannical vaccine mandates, and reports about a crime wave have stifled in-store shopping trips. Another variable to consider is that high inflation is blunting overall sales and the reported data is skewed higher due to inflation, which leads me to believe that the 2021 shopping season is already a bust.

There are numerous data points that are worthy of mentioning, but let’s end tonight with the U.S. GDP trend since 2019. If the Omicron panic has a substantial impact on the faltering economic recovery, the Fed’s hand will be forced to delay its taper attempt as Capitol Hill faces another debt limit X-date showdown in mid-December. None of the above is indicative of a warm and fuzzy GDP rocket shot for 4Q21. 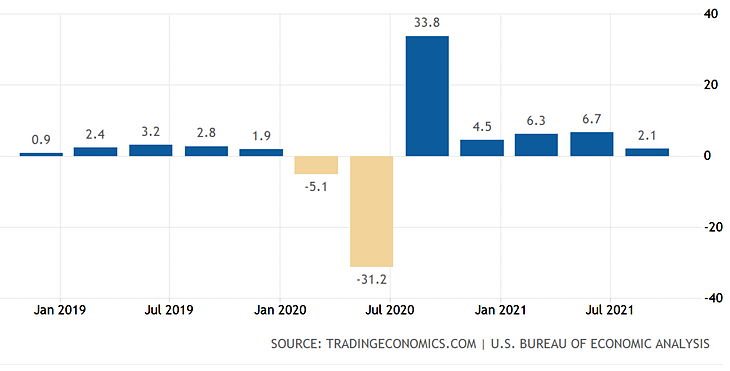 Smash & Grab: The Story of the Pink Panthers – Official Trailer (2013)