“Space Force” is Now the Sixth Branch of the U.S. Military 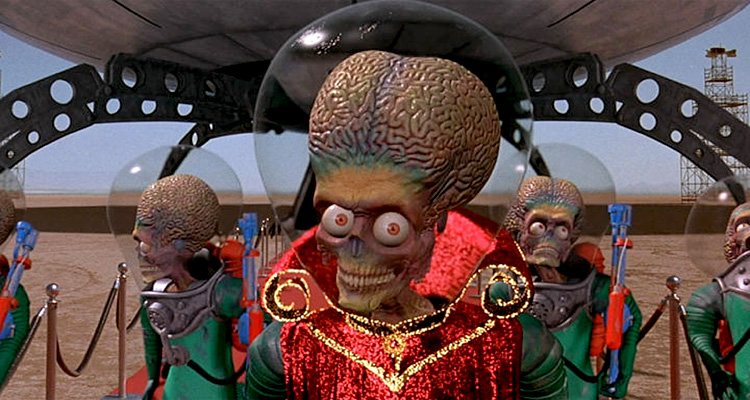 Today, the POTUS signed the directive for the creation of an independent sixth branch of the military, known as the Space Force.  General Joseph F. Dunford will lead the effort at the Pentagon in cooperation with the National Space Council.

The Space Force will be a “separate but equal” branch of the military, and “when it comes to defending America, it is not enough to merely have an American presence in space.  We must have American dominance in space.”  The POTUS does not want “China, Russia, and other countries leading us” and frames the new effort as necessary for our national security.  In case you missed the press conference…

The United States already has a de facto space force: the Air Force.  Its evolution coincided with the introduction of ICBMs and higher-flying bombers and spy planes (aka aerospace wings) and assumed control of most of the military’s orbital operations.  It currently operates and protects almost 300 military satellites and other spacecraft.  For some time, the commands of Air Force Space Command, U.S. Space Command, and NORAD were all under the control of one Air Force officer.

Two members of the House Armed Services Committee for Strategic Forces, Rep. Mike Rogers and Rep. Jim Cooper, pushed legislation back in 2017 to create an independent military organization for space.  They accused the Air Force of allowing vulnerabilities to develop with our space assets, leaving them open to attack by Russia and China…

“After months of thorough oversight, it became clear that the Department of Defense, and the Air Force in particular, did not prioritize space capabilities even as threats increase, and were not structured in a way to ensure that we are able to deter, defend and if necessary fight and win in space… At a time when Russia and China are developing new offensive capabilities designed to deafen and blind America in a future conflict, lack of accountability and leadership on space issues, as well as development and acquisition failures, undermine our national security and leave the country vulnerable. By creating a separate military branch for space, the Air Force will no longer be able to treat space as a third-order priority after fighter jets and bombers.”

If you suspect we are about to go down the secret space program rabbit hole, you are on target.  I will not travel down the black budget mystery today.  Here is my watered down two cents on the Space Force:

China’s Great Leap in Space Warfare Creates Huge New Threat… “The People’s Liberation Army now has the capability of attacking, destroying or disrupting the 500 US satellites circling the earth at heights of between 1,200 miles and 22,000 miles, according to a new study by a US think tank, the National Institute for Public Policy. The report, on Foreign Space Capabilities, also reveals that China’s military has discussed plans for using space detonations of nuclear weapons to create electronics-killing Electromagnetic Pulse (EMP) attacks against orbiting satellites used by militaries for precision weapons targeting, navigation and communications. China will increasingly be able to hold at risk US satellites in all orbits and is developing a multi-dimensional anti-satellite (ASAT) capability supporting its anti-access/area denial strategies, with its most recent ASAT activities appear to be focused on the refinement of its kinetic space weapons. The report identifies other military space powers, such as Russia, but it singles out China for its large investment in building and fielding robust space warfare capabilities designed to support Beijing’s drive to challenge American information superiority and achieve regional and global hegemony.” – Asia Times, Sept. 2017

The largest geopolitical shift in recent history was, by far, the meeting between Kim Jung-un and the POTUS at the Singapore Summit.  Many wonder why the North Korean leader had his sudden “come to Jesus” moment.  Many conclusions are possible due to the chain of events over the past year, up to where he begged for a meeting.  I suspect Kim had a sit down with ally leadership and a communiqué was passed on regarding military reality in the 21st century.  The speech given by the POTUS at the United Nations in Sep. 2017 was exceptionally clear about the consequences if North Korea does not denuclearize.  North Korea would be “totally destroyed… Rocket Man is on a suicide mission for himself and his regime.”

A massive military strike was about to take place before Mar. 2018, destroying North Korea’s military and nuclear infrastructure. Such an operation requires advanced weapons systems that could quickly destroy North Korea’s military infrastructure and prevent retaliatory strikes against South Korea, Japan, or even the U.S.  The U.S. military would have to achieve its goal in minutes.  I believe the POTUS was prepared to authorize the use of classified weapons.  Officially, space-based weapons are non-existent and are only planned for the future.  However, several whistleblowers have revealed the extent of existing weapons systems.  Rods of God kinetic-energy weapons or a directed-energy weapon, in combination with a stealth missile EMP, would likely do the job.