Consider me an independent member of the basket of deplorables. As an unabashed supporter of the attempt to redirect our constitutional republic back to the people, I did so as a registered and unaffiliated independent vote that is not Democrat, Libertarian, Republican, Socialist, Trumpeteer, or any other basket to rationalize an avoidance of agonizing circumstances or truth pervading the brainwashed Goldman Sachs muppet generation that joined without circumspect. My decisive vote was based on principles, not political personality.

Folks generally fear what they do not understand and hate what they cannot conquer, and in this particular situation regarding the price of gold or silver, the enemies are only you and paper counterparty risk, not an all-powerful and mysterious cartel of financial overlords.

“The game of speculation is the most uniformly fascinating game in the world.  But it is not a game for the stupid, the mentally lazy, the person of inferior emotional balance, or the get-rich-quick adventurer.  They will die poor.” – Jesse Livermore

I am not the only precious metal analyst among many that are sick of manipulation blabbermouths. As a parody, consider this…

Whether unintentionally or not, otherwise well-intentioned folks scapegoat a cartel of gamblers for the gain of paid subscriptions, product purchases, or just clickbait. It is easier to blame something else for our shortcomings than to focus on practicality and the bottom line for precious metal investors: realistic and reasonable analysis focused on profit and capital preservation based on market conditions and price action with proven methods to execute low-risk entries. No system is 100% perfect, and sanctioned manipulation rarely occurs at a government-managed level, so spending hours in the conspiracy department or anonymous comment boards will never change the equation you choose to occupy, nor improve investing or trading skills.

Before I opine on the most recent spoofing news from the CFTC, of which the precious community latched onto yet again to remedy misplaced fears, a quick refresher on government-sanctioned intervention is in order. The ability to manipulate financial markets and the price of gold and/or silver is authorized by the Gold Reserve Act of 1934 and its amendment noted below, which established the Exchange Stabilization Fund (ESF) with the U.S. Department of the Treasury. Note that the International Monetary Fund (IMF) and its Special Drawing Right (SDR) were formed in 1944 during the Bretton Woods Conference and came into formal existence in 1945 with 29 member countries and a goal of reconstructing the international payment system. The authority to intervene in everything financial on the planet is plain as day as long as the USD remained the international reserve currency.

“The ESF can be used to purchase or sell foreign currencies, to hold U.S. foreign exchange and Special Drawing Rights (SDR) assets, and to provide financing to foreign governments. All operations of the ESF require the explicit authorization of the Secretary of the Treasury (‘the Secretary’). The Secretary is responsible for the formulation and implementation of U.S. international monetary and financial policy, including exchange market intervention policy. The ESF helps the Secretary to carry out these responsibilities. By law, the Secretary has considerable discretion in the use of ESF resources. The legal basis of the ESF is the Gold Reserve Act of 1934. As amended in the late 1970s, the Act provides in part that ‘the Department of the Treasury has a stabilization fund …Consistent with the obligations of the Government in the International Monetary Fund (IMF) on orderly exchange arrangements and an orderly system of exchange rates, the Secretary …, with the approval of the President, may deal in gold, foreign exchange, and other instruments of credit and securities.”

In 2001, GATA bumped into the ESF during litigation at the U.S. District Court of Boston in an antitrust lawsuit brought by GATA consultant Reginald Howe against the Bank of International Settlements (BIS), U.S. Department of the Treasury, the Federal Reserve Bank, and their investment bank agents for manipulating the price of gold. Reporting on the lawsuit is extensive, so feel free to read it on your own time. For the sake of brevity, a key takeaway leading up to the lawsuit’s eventual dismissal is the following:

“Plaintiff Howe sat alone at the counsel’s table on the audience’s left. At the counsel’s table on the right sat his opponents, nine lawyers representing the BIS, Goldman Sachs, Deutsche Bank, J.P. Morgan/Chase, Citigroup, the U.S. Treasury Department, the Federal Reserve Board, and the New York Federal Reserve Bank. Behind them in the gallery were still a few more defendants’ lawyers…. One of the lawyers for the government asserted the government’s right, under the laws establishing the Federal Reserve Board and the U.S. Treasury Department’s ESF, to trade in Gold in a way affecting gold’s price. That is, he seemed to be claiming, on behalf of the government, the right to do exactly what the lawsuit complains of, without actually admitting that this was happening.” – GATA

Unfortunately, sanctioned manipulation is legal, and there is not a darned thing you can do about it, but you can mitigate counterparty risk by being aware of market conditions and educate yourself in technical analysis to assist in sidestepping the mindless wave of algorithms that dominate our markets. Manipulation spans across all asset classes in a complex interwoven digital global market, and spoofing is not limited to high-frequency trading (HFT) platforms and algorithms. Traders can utilize over-the-counter technology and traditional manual electronic methods to accomplish the same goal as a fancy hedge fund. The cat is out of the bag. Spoofing has become so blatant that it can be witnessed by a humble cat like me while staring at fluctuating volume bars on the spot market tic.

While perusing choice excerpts from CFTC regulatory actions that focus on illegal activity surrounding precious metals, mainstream news feeds, and DOJ prosecutions below, note that manipulation occurs across all asset classes. A smoking gun of government-sanctioned manipulation in gold and silver executed for the purpose of financial stability are extremely rare and unlikely to be identified or litigated successfully.

What we do have is a growing list of traders and trading desks that manipulate financial markets for their own benefit, then rat on each other along the food chain to cop a plea deal, incur a lesser fine, or minimize jail time. Also note that “manipulative and deceptive schemes” took place for years along gold’s rocket shot to $1,920 per ounce, on both sides of the trade!. When gold is manipulated to the upside, crickets are heard from the precious metal bleachers, but when a market and/or news-driven event moves the price down $10, an infestation of manipulation screams are heard deep and loud like a Sasquatch in the deep forest at the stroke of midnight.

Barclays: The ‘Mini Puke’ Files… “Documents from regulators dishing out fines to banks and traders rarely disappoint. And the docs on the Barclays fine for the gold fix are no exception. The clear highlight so far is the ‘mini puke’—a term used by Daniel Plunkett, the bank’s gold trader who has also incurred a personal fine.” – WSJ, May 2014

Deutsche Bank to pay $60 million to settle U.S. gold price-fixing case… “The case is one of many in the Manhattan court in which investors accused banks of conspiring to rig rates and prices in financial and commodities markets… Investors sued Deutsche Bank, Barclays Plc, Bank of Nova Scotia, HSBC Holdings Plc and Societe Generale in 2014, claiming that they conspired to fix gold prices from 2004 to 2013..” – Reuters, Dec. 2016

CFTC Finds Former Trader David Liew Engaged in Spoofing and Manipulation of the Gold and Silver Futures Markets and Permanently Bans Him from Trading and Other Activities in CFTC-Regulated Markets… “Generally, Liew’s spoof orders were placed in the futures market after another bid or offer was placed on the opposite side of the same market. Liew placed his spoof orders with the intent to create the false appearance that the market interest in buying or selling was greater than the actual market interest. Liew placed such spoof orders with the intent to induce other market participants to fill Liew’s resting orders on the opposite side of the market from his spoof orders. In engaging in the spoofing conduct, Liew also intended to manipulate, and at times succeeded in manipulating the price of the relevant futures contract. Separately, on certain occasions, Liew placed orders and executed trades with the intent of manipulating the market price of gold and silver futures contracts for the purpose of triggering customers’ stop-loss orders. Liew coordinated this trading with another precious metals trader at another large financial institution. The intent of triggering the customer stop-loss orders was to allow the traders to buy precious metals futures contracts at artificially low prices or sell precious metals futures contracts at artificially high prices.” – CFTC, June 2017

Deutsche Bank in $190 mln currency-rigging settlement… “Investors accused banks of conspiring to manipulate key currency benchmark rates, including the WM/Reuters Closing Spot Rates, or the Fix, by sharing confidential orders and trade information to coordinate their strategies. Manipulation was allegedly done through chat rooms with such names as ‘The Cartel’ and ‘The Mafia,’ and tactics known as ‘front running,’ ‘banging the close’ and ‘painting the screen.’ The litigation followed worldwide currency-rigging probes resulting in about $10 billion in fines for several large banks… U.S. prosecutors have separately brought criminal charges related to currency rigging against six traders.” – Reuters, Sep. 2017

U.S. CFTC to fine UBS, Deutsche Bank, HSBC for spoofing, manipulation: sources… “Some of the manipulative behavior came to light as a result of the authorities’ previously-settled probes into forex market manipulation while UBS self-reported the wrong doing, according to two of the people with knowledge of the matter… In August, a U.S. appeals court upheld the conviction of former New Jersey-based high-speed trader Michael Coscia who was the first individual was the first person to be criminally prosecuted for the manipulative trading practice.” – Reuters, Jan. 2018

COMEX we have a problem… “There was a small voice inside of me that believed that something was not right here.  But because of everything that was going on around me, I blocked that voice out and I did what everyone else did.” – Allan_W_Flynn, Apr. 2018 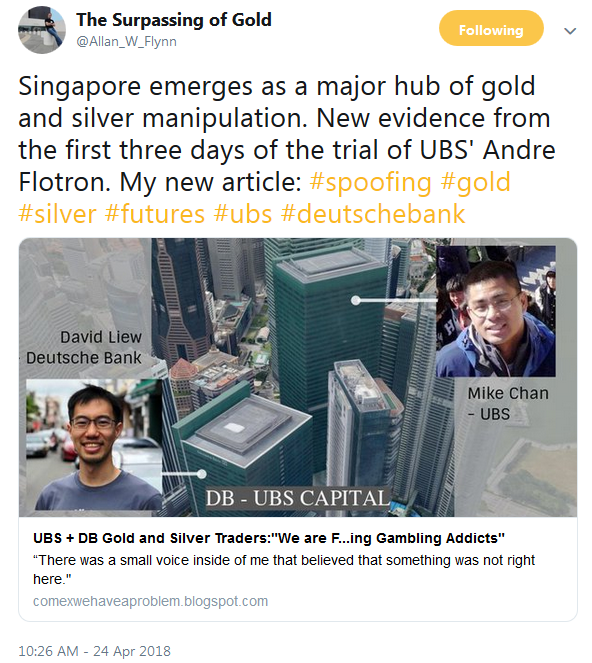 CFTC Orders the Bank of Nova Scotia to Pay $800,000 Penalty for Spoofing in the Precious Metals Futures Markets… “Bank’s Penalty Was Substantially Reduced in Recognition of Its Self-Reporting, Cooperation, and Remediation.” – CFTC, Oct. 2018

Former Precious Metals Trader Pleads Guilty to Commodities Fraud and Spoofing Conspiracy… “For years, John Edmonds engaged in a sophisticated scheme to manipulate the market for precious metals futures contracts for his own gain by placing orders that were never intended to be executed.” – U.S. Department of Justice, Nov. 2018

My favorite theory that floats around precious metal circles is that JP Morgan has purchased millions of United States Silver Eagles directly from the U.S. Mint since at least 2013 and melted them down to add to their 150-million-ounce hoard of silver. It would be such a waste of resources and capital to melt down newly minted coins, when dore bars are readily available. As you can see below, the delivery documentation from the U.S. Mint is in order, along with invoicing from a company that melted down millions of coins for a U.S. banking institution and then shipped via Brinks Global Services to numerous JPM vaults for storage. 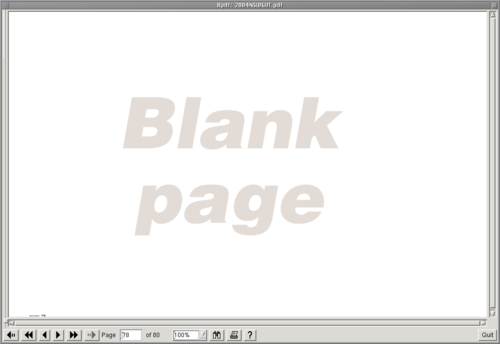 Focus your time and energy on what matters to you, and since you’re reading this article, trading skills and actionable knowledge for investing are the likely targets.

Johnny Cash – Believing in Yourself

Then he sang Folsom Prison Blues.