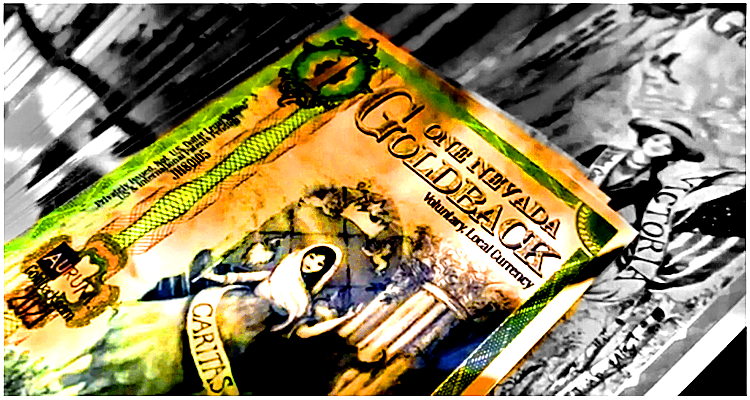 Adam Trexler is a Portland, Oregon entrepreneur who is fascinated with money. He was an economics professor and taught how hyperinflation after World War 1 rendered a currency worthless and why countries suspended the redemption of paper currency for gold. Adam eventually parted from academia and launched Valaurum® in 2012, a private mint in Oregon with an exclusive worldwide license for proprietary technology to print micro-layers of atomized 24k gold in between layers of durable polymer to create precious metal notes (aka “bills”) for everyday transactions. The manufacturing process in the first Aurum® gold note is 5th-generation vacuum deposition technology that’s producing “legal tender currency, collectibles, and commemorative documents with intrinsic value.” 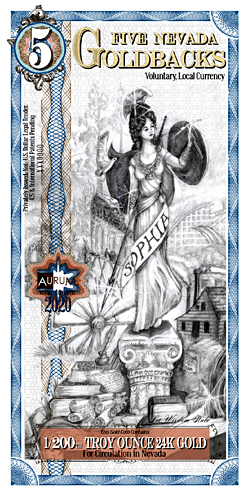 The epiphany for the idea of a fungible Goldback® produced by Valaurum originated in 2019. They launched a “One” and “Five” note in the Utah series and denominations of 10, 25, and 50 followed. The “Goldback is the world’s first physical, interchangeable, gold money that solves a 2,600-year-old problem in that gold can be spent in small, interchangeable increments… Goldbacks constantly sell out and they are the #1 most sought-after small denomination gold product in America, according to retailers.” The ounce of gold that’s layered into 1,000 single Goldbacks can be spent in 1,000 transactions at the current exchange rate.

Goldbacks are available in several series to circulate under applicable laws in Utah, Nevada, Wyoming, and New Hampshire. Every state’s series has unique works of art featured on the face of the denominations. It’s a revolutionary way “to democratize gold ownership by making it available with universally accessible denominations with trusted anti-counterfeiting features and a verifiable standard… Valaurum’s market share has experienced unprecedented growth, more than doubling in each of the last three years… Goldbacks are not a promise to pay in gold, they are the gold.” They can be purchased through numerous online precious metal dealers, but shop around because I’ve noticed a few that are charging well above the official exchange rate. It appeared that Alpine Gold and Defy The Grid prices were closest to the exchange rate while perusing authorized sellers. You can also vault your collection of Goldbacks with no fees whatsoever at UPMA.

With the success of Goldbacks, a Silverback design hit the market that was inspired by silver-stacking YouTuber Silver Dragons. The first limited-edition collectible silver note was printed by Valaurum and is sold exclusively at BullionMAX. “Each Silverback contains 1/1000th oz 0.999 pure silver. The laminated layers surrounding the silver keep it safe from tarnishing as well as everyday wear and tear. Only 100,000 have been minted as a ‘proof of concept’ to do with silver what Goldbacks have done for gold.”

If you have an ounce of gold and/or silver, it can be challenging to spend at a retail establishment for lower-priced necessities vs. bartering with a neighbor or friend. Silver has a much lower price point, and you must have a substantial amount of 90% “junk silver” at your fingertips to continually conduct those small transactions. There are several options available for gold and silver in fractional denominations such as Valcambi’s one-gram CombiBar cards, but the retail price points can still be significantly higher than what’s typically used in everyday transactions.

Many Americans understand the reckless creation of fiat currency by central banks is the cause of many economic problems and are seeking a return to a gold- and/or silver-backed monetary system that fostered prosperity in the United States. States that are participating in the “sound money” movement gained momentum in recent years, and the latest is Missouri with its SB 100 bill filed last month that will be considered by its legislature in 2023. That bill takes several steps to encourage the use of gold and silver as money, make them legal tender, eliminate the state capital gains tax on the precious metals, establish a state bullion depository, and bar any state agency, department, or political subdivision from seizing your gold or silver bullion. Similar bills were passed into law from 2013 to 2015 in Texas. “To date, 42 states have removed some or all taxes from the purchase of gold and silver. And there are new bills pending now in five of the eight remaining states, i.e., Tennessee, Mississippi, Kentucky, Hawaii, and New Jersey.”

Gold Is Money: Everything Else Is Credit… “For those not versed in monetary history, which is regrettably the vast majority of the population, it is natural to wonder: ‘If gold is such a great hedge against inflation, why hasn’t it skyrocketed now that inflation is finally here?’… The question takes for granted that gold has underperformed this year… But has it really? If you’re saving, getting your paycheck and paying your bills in a currency other than the dollar, you’re likely to have a very different view on this issue. In euros, gold is up around 6.6%. In yen, it’s up 17.9%. In Egyptian pounds is up over 45%. What this clearly shows us, is that perspective matters. And for those that can see the bigger picture, that perspective is even clearer: Thinking about the gold price in terms of any fiat currency, not just the USD, is not really helpful. It’s not gold’s value that fluctuates, what fluctuates is the perceived and totally imaginary value of all these useless pieces of paper.” – Mises Institute, Dec. 2022

Last month, Congressman Alex Mooney of West Virginia introduced three federal bills that include the “Gold Standard Restoration Act,” which would define the U.S. dollar as a fixed weight of gold. The other two involve the Government Accountability Office to fully audit, inventory, assay, and account for America’s gold reserves every five years and exempting the monetary metals from federal income taxes.

We can all be hopeful that the congress-critters come to their senses and return the U.S. to constitutionally sound money. In the meantime, consider the Goldback as a gift to the younger folks in your family, or add some to your silver-stacking habit. 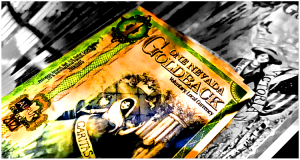