Yesterdays are forever gone after the world’s lords and plebes faced an unpleasant reality today about where we’re at vs. what the future could have been. The West has lost Russia and that infuriates the collective West’s elite to no end, except for war, and yet Moscow extended its restraint once again to negotiate peace with diplomacy. A brief summary of events last week that led to a successful citizen-based referendum vote in the Donbas and surrounding region with Russia’s partial mobilization of its military reserves can be found in the first half of “A Dark Age Winter of Discontent in Europe – Part 3, published (Twitter thread) on Sep. 25. Additionally, here is an excerpt from the “Gold and Silver Outlook for Fall 2022” published on Sep. 28:

“My reasoning behind today’s gold and silver chart analysis is four-fold and complicated… First, tensions and nuclear rhetoric that surrounds the ongoing NATO proxy war with Russia in Ukraine has deepened after referendum voting results in four of Ukraine’s eastern oblasts will annex them with the Russian Federation. Second, events surrounding the destruction of Nord Stream’s undersea natural gas pipelines in the Baltic Sea point to sabotage by the West. Third, Russia will shut down its Naftogaz pipeline based on non-payment of transit fees through Ukraine territory, which is the last Russian pipeline that supplies Europe. Lastly, the Bank of England (BoE) is the first central bank to pull the trigger and pivot from quantitative tightening (QT) to quantitative easing (QE), as pressure on the British pound and recessionary impacts due to a sanction-induced energy crisis forced the lords to begin buying government bonds in earnest today.” – TraderStef

Note that the referenda for external self-determination was held in accordance with the Charter of the United Nations. As promised for this “Little Green Men” update, the following is what transpired up until today’s checkmate attempt that officially annexed eastern oblasts into the Russian Federation. 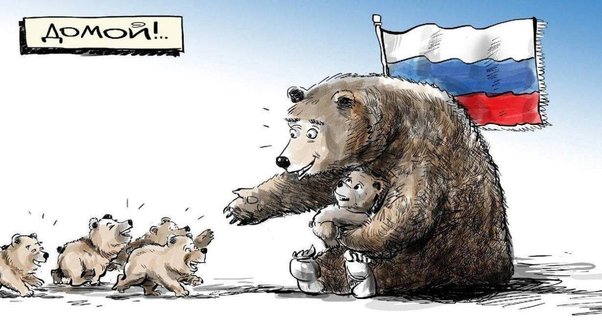 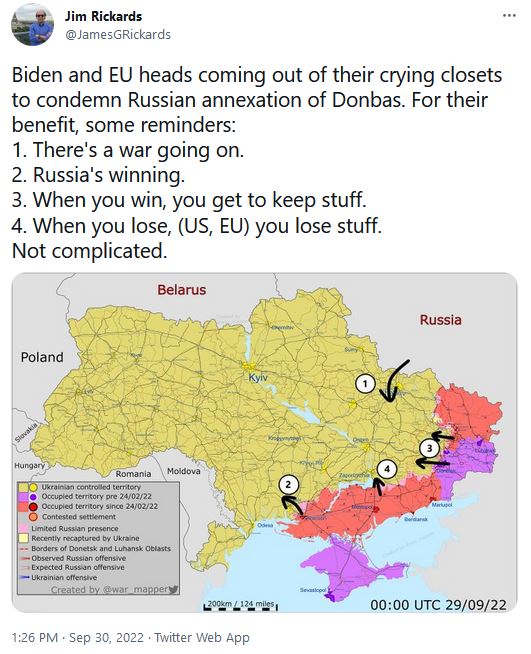 The event that dominated legacy media this week was the destruction of Nord Stream 1 & 2 undersea natural gas pipelines near the Danish island of Bornholm in the Baltic Sea. 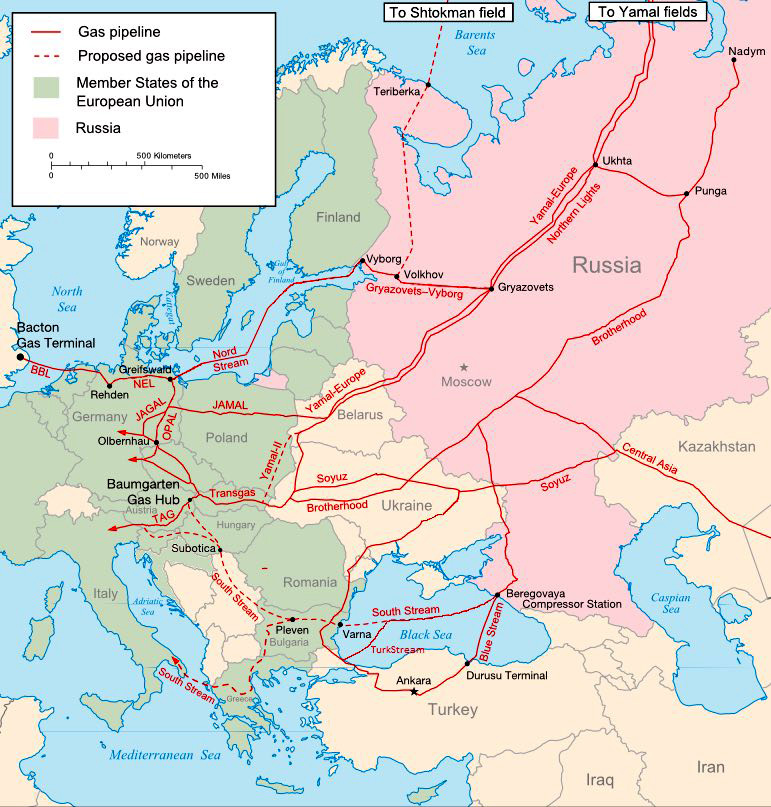 According to Nord Stream operators, pressure suddenly dropped from 105 bars to 7 bars. Those multi-billion-dollar pipelines were built by Russia and connect to central Europe via Germany. The Danish military published footage of the first leak discovered that was bubbling to the surface on Sep. 26-27, and Sweden’s Coast Guard located a fourth leak on Sep. 29. A Swedish seismologist is certain that the seismic activity detected at the site was caused by explosions and not earthquakes nor landslides. Destruction of multiple branches on the same day is unprecedented and reeks of state sponsored sabotage, as the timing of the incident occurred during Europe’s sanction-induced energy crisis. The pipelines may be so damaged they can never be used again.

“The seismograph recorded near-silence until 0003 GMT (2am local time) when there was a spike representing a tremor in the earth followed by a continuous hissing waveform. The pattern repeated itself at 1700… Nord Stream 2 was first reported to have depressurized on Monday afternoon. The depressurization in the Nord Stream 1 pipeline was reported in the early evening, shortly after the second of the two spikes.” – Reuters, Tuesday Sep. 27 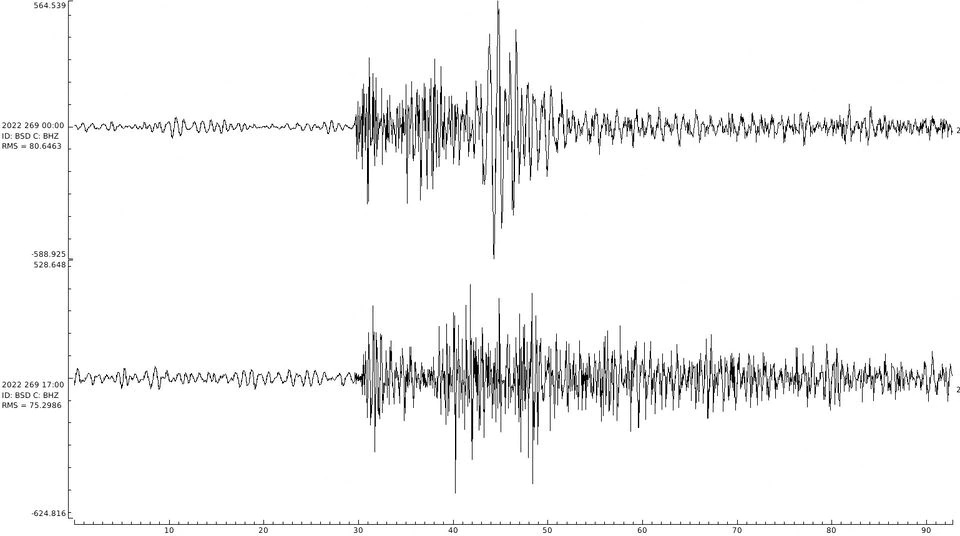 One must ask, who benefits from such a disaster geopolitically or economically? It’s likely no coincidence (SkyGlass flight track data 10:12 to 19:48 via MonkeyWerx) that the Baltic Pipe pipeline from Norway which connects to Poland held an opening ceremony on Sep. 27. As an afterthought to this horrific soap opera unfolding, the Naftogaz pipeline is about to be sanctioned and shut down by Russia due to non-payment of transit fees through Ukraine territory. Also, Hungary refused to support new anti-Russia sanctions that target energy industries and the E.U. threatened to punish Serbia if it doesn’t align with E.U. sanction policy. It seems that Serbia and Hungary are being blackmailed to “toe the line” or there’s “no soup for you” according to the soup Nazis.

Coincidentally, the TurkStream pipeline in the Black Sea is also endangered because of sanction enforcement technicalities this week and fears over another sabotage event. TurkStream is often referred to as the Balkan Stream with its dedicated gas deliveries via Bulgaria to the Balkans and Central Europe, especially to Serbia, Hungary, and North Macedonia. If that pipeline shuts down due to sanctions or Anglo-Saxon sabotage, it would worsen Europe’s energy crisis with winter on its doorstep. Consider the data published today on skyrocketing inflation in the Netherlands. The elite snakes are indiscriminately eating their own tails with no empathy for peasants who can barely afford to keep their heads above water.

NATO’s Secretary General Jens Stoltenberg held a presser today and his comments were disconnected from reality. The nuclear rhetoric emanating out of legacy media is ferocious and terrifying. I suggest that readers take time to consider all information sources and not get lost in the narrative forest of embellishment or propaganda. Use discernment and don’t rely solely on western headlines that convey phrases to benefit its own agenda. The threat that Russia and the West face today is that NATO weaponry, proxy forces, and the Ukrainian military continue attacking territory that became Russian Federation sovereign territory today. I recommend that everyone listen carefully to Putin’s speech at the annexation ceremony..

Medvedev weighs in on use of nukes… “The conditions permitting the use of Russia’s nuclear arsenal are stated plainly and publicly in the country’s nuclear doctrine, Medvedev said. Moscow says it will only use its most deadly weapons if it or one of its allies is attacked with weapons of mass destruction or if its existence is at stake in a conventional conflict.” – RT, Sep. 27

Russia Says U.S. Plans for Decapitation Strike Against Putin Are ‘Delusional’… “A decapitation strike to kill President Vladimir Putin in the heart of the Kremlin—suggested by a Pentagon officer to Newsweek as one of the non-nuclear military options considered by the U.S. Department of Defense to respond to the Russian leader’s nuclear threats—is a ‘delusional’ argument escalating a ‘reckless rhetoric,’ according to Russia’s embassy in Washington, D.C.” – Newsweek, Sep. 30

“I wish every single person in the West would listen to Putin’s speech. Obviously, that won’t happen so let me summarize as a professional translator for 10+ years. He states, as he has done from the outset, what his intentions and complaints are in the plainest terms possible.” — Konstantin Kisin, Sep. 30

“Zelensky has announced Kyiv will hold no negotiations with Russia while Putin is President and that he is applying for full NATO membership today for Ukraine.” – Jack Posobiec, Sep. 30

“It’s another opportunity to say once again how important Article 5 of NATO is, where an attack on one member of NATO is an attack on all members of NATO.” – U.S. Ambassador to Lativia John Carwile, Sep. 28

“There will be much discussion of NATO Article 5 today, but few will mention Article 11, because it exposes the lie that Article 5 itself can obligate the US to war. Article 11 shows Article 5 does not preempt the Constitutional requirement that the full Congress votes on war.” – U.S. Rep. Thomas Massie, Sep. 30

Western leadership is marching into war… “with willful ignorance, naivety, sticking their collective heads in the sand, unwilling to see the threats. Obviously, U.S. intelligence is much to blame because they haven’t really focused on the massive extent of existential threats we face.” – David Pyne