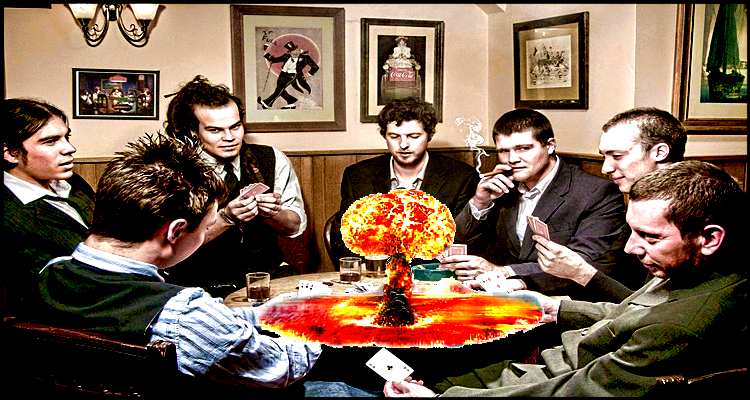 The current geopolitical environment and fundamental outlook for uranium are expected to prolong a rally in related mining stocks, and uranium futures might exceed the all-time high from 2007. Since Russia’s military crossed over Ukraine’s border in February, we’ve talked a lot about commodities and how supplies are threatened. Uranium has a big seat on that list since Russia and its allies Kazakhstan and Uzbekistan play a major role in providing the worldwide nuclear power industry with enriched uranium. The U.S. has not yet imposed sanctions or bans on uranium imports from Russia, but that does not restrict it from imposing sanctions of its own against “unfriendly” countries.

Uranium prices have surged since February because a disrupted energy market was already suffering from political and fiscal incompetence in the U.S. and a supply chain crisis due to fallout from the pandemic. That confluence of events and the military incursion into Ukraine forced oil and natural gas prices even higher. The rally in energy has quickened with much higher inflation and forced numerous countries to reassess their energy policy. Many are pivoting toward a more diverse energy base, and that means a larger than expected role for nuclear energy. Increasing demand for nuclear power will also put pressure on uranium mining production that was already on the cusp of a supply deficit.

Roughly 5% of global uranium consumption is mined in Russia, but mining it out of the ground is only the first step in turning that fuel into energy. Enrichment of uranium gets you to usable fuel, and Russia has 40% of the world’s infrastructure capacity for the enrichment process. The majority of 32 countries that currently use nuclear power are relying on Russia for some aspects related to power plants and fuel requirements. The U.S. is one of those countries with the largest number of operating reactors in the world that provide 20% of its electricity. A U.S. trade agreement with Russia limits the amount of uranium it can import to no more than 20% of required supply.

Developing Domestic HALEU Supply Spells Freedom from Russian Dependency… “Russia is currently the world’s only viable commercial supplier of high-assay low-enriched uranium (HALEU), the necessary fuel for many advanced nuclear power reactors rapidly emerging in the United States and the rest of the world. Russia’s global monopoly on HALEU has been a serious concern for years, but the Russian invasion of Ukraine has highlighted the acute political risks and moral objections of relying on Russian HALEU supply.” – Third Way, Apr. 6

An all-out ban on Russian uranium would likely delay several nuclear projects in the U.S., which include TerraPower‘s clean energy solutions, which are advanced nuclear reactors that are smaller and less expensive than conventional systems. The new technology requires HALEU uranium fuel, and there are currently no other options for commercial-scale supply except Russia.

The war in Ukraine is forcing U.S. lawmakers to implement policies that will expedite the domestic mining of uranium, onshore enrichment processes, and establish a strategic uranium reserve. Any plan to increase domestic production must also address the checkered past with mining for uranium in Native and Indigenous communities of North America. The following articles and charts on uranium supply and demand will add more color to the current situation. 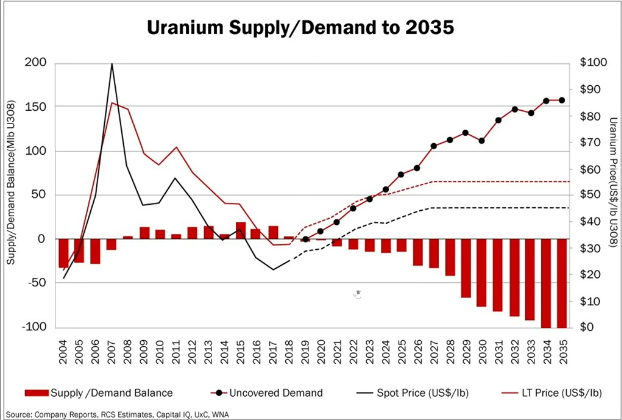 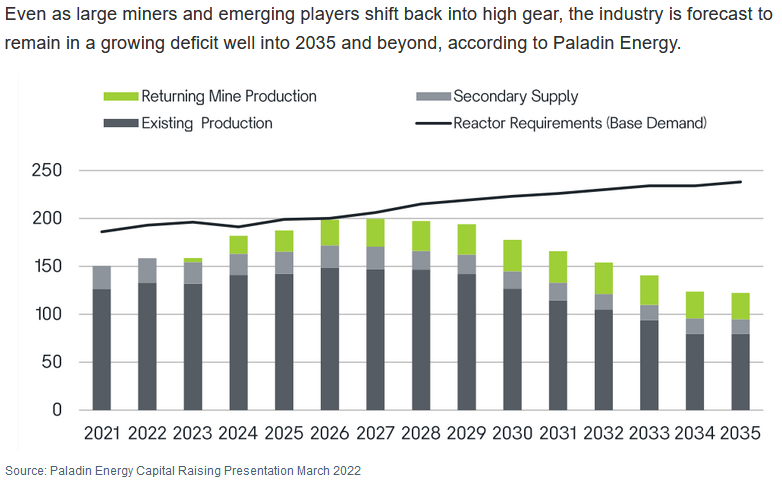 The COMEX futures price for uranium closed at an 11-year high on Friday at $63.45 per pound. It’s trading at the highest price level since the Fukushima Daiichi nuclear disaster in Mar. 2011, an event that amplified negative sentiment toward the uranium industry and inhibited growth.

After scanning all of the uranium mining stocks from an extensive watch list, I selected a few to consider from a technical analysis point of view. Due to the sanction war between the East and West, I focused on mining operations that are least likely to be affected by sanction fallout. Many others may look promising due to intermittent rallies or your own personal trading practices, but few survive my stringent selection guidelines for intraday scalps or short-term swings. Due to uncertainty across all financial markets at this time, stay on your toes and conduct due diligence with your investment choices because anything can happen at any time.

My primary filter is that a stock must have steady trading volume with no dead minutes and at least 1 million shares traded on an intraday basis to ensure ample liquidity for large positions. Secondly, identify any chart patterns and studies that are indicative of a near-term rise in price. The last issue you want, regardless of the time horizon, is to be stuck in a block of shares with no liquidity and a bid/ask flow giving you the middle finger while trying to close out (or add) positions. Here are my uranium stocks to consider:

The charts I’m providing today are for $UXC COMEX futures, $UEC, and $NXE. Please review charts of the remaining stocks on your own time before the market opens on Monday.

Note that a monthly or weekly chart provides a window of one month or week into the future and sometimes longer. Always reevaluate charts on a daily basis using several candlestick time frames to identify new patterns or shifts in technical indicators. The Fibonacci retrace levels on my charts are not definitive price points and should only be used to identify potential resistance or support areas that are not indicated by other trendlines and studies. To view a larger version of any chart below, right-click on it and choose your “view image” option. 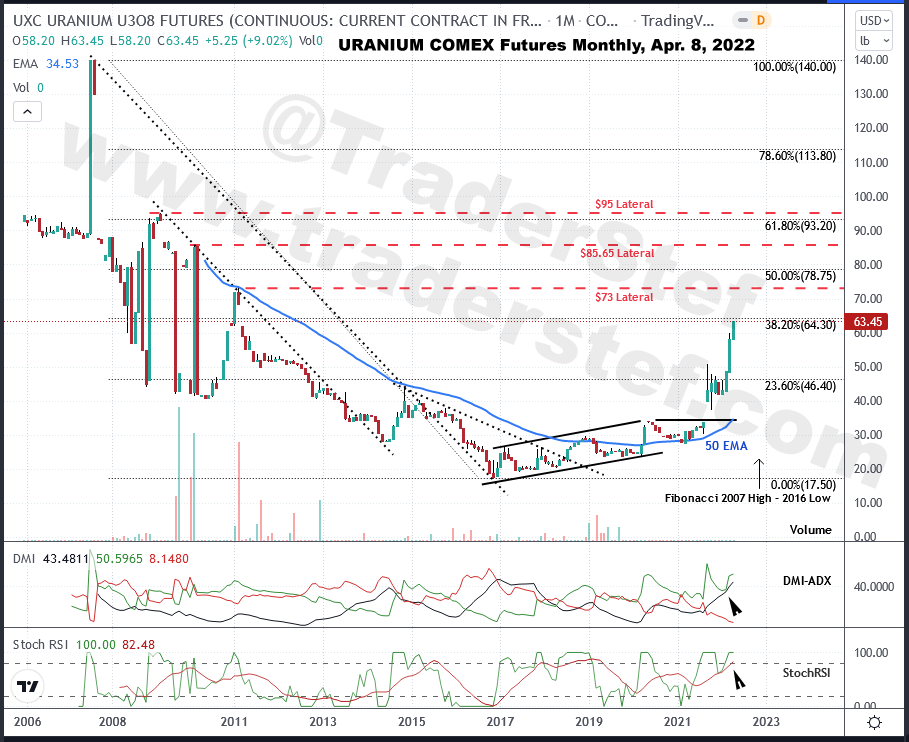 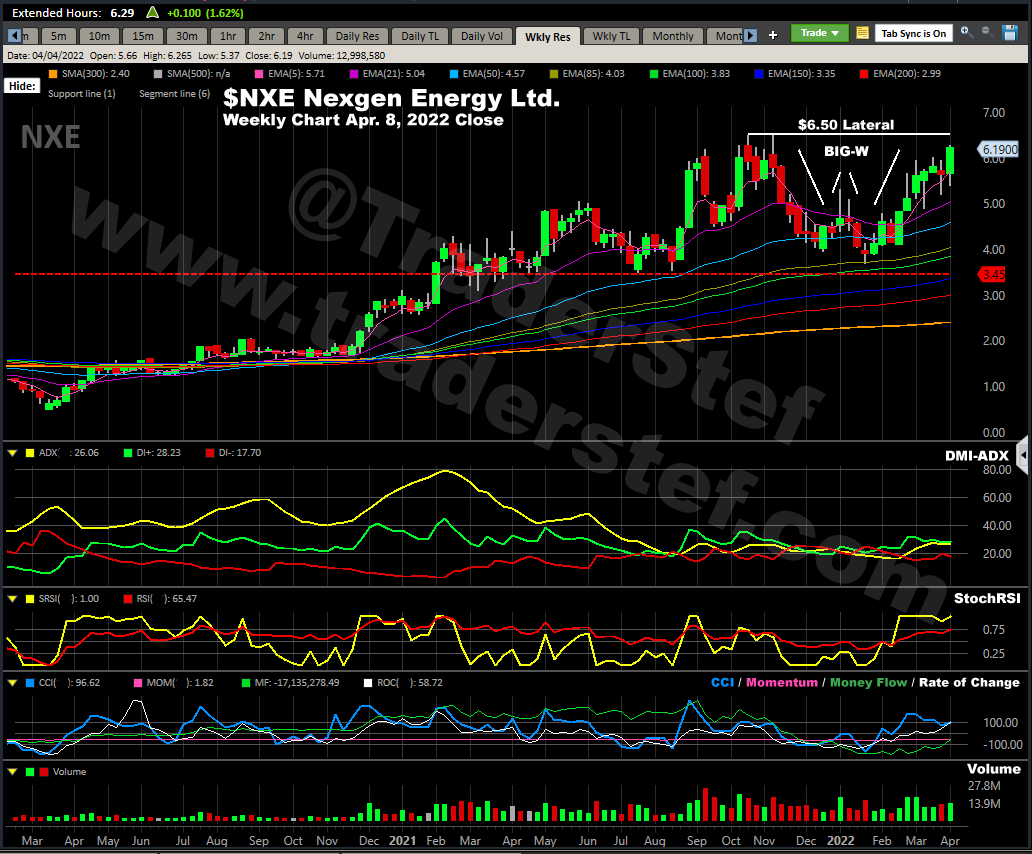 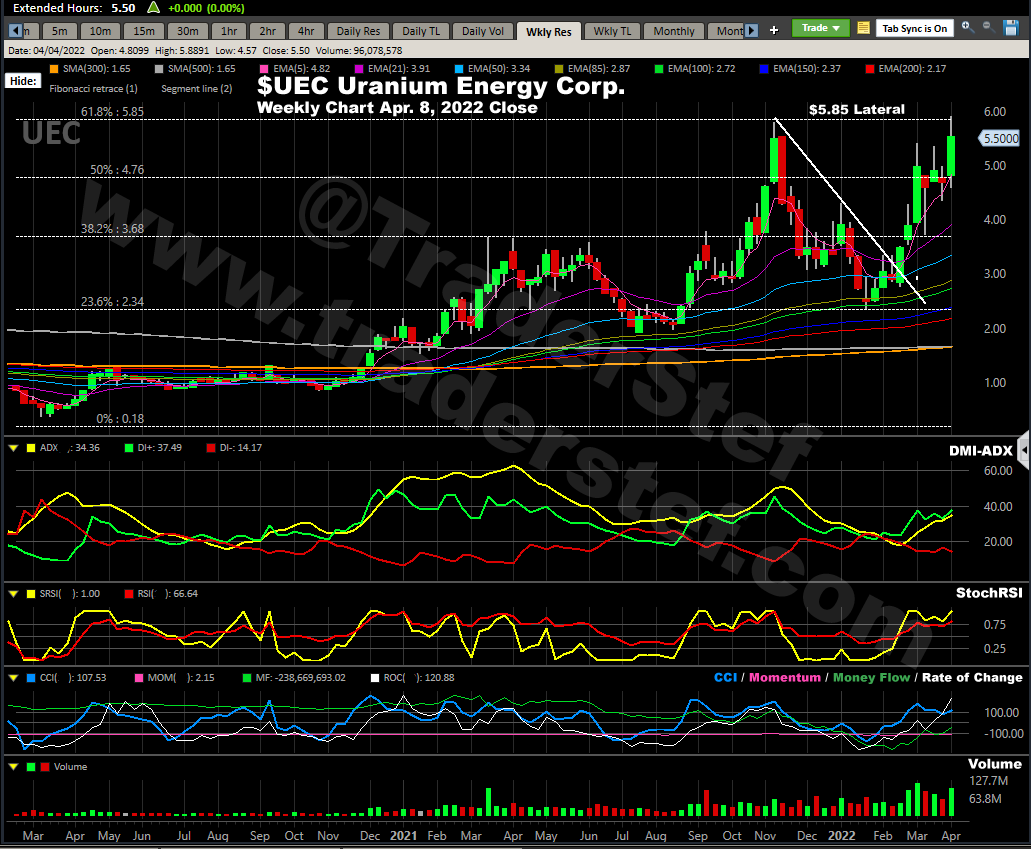 Uranium In An Ex-Russia World – The Resource Maven, Apr. 2 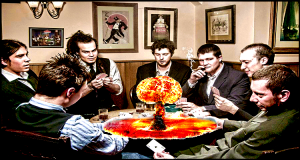