War on Cash for Digital Ledger Dreamers Vs. Metalheads Liberty

The following two-minute video received a good laugh back in the day as a sample of your Matrix future when ordering a pizza NSA-style.

As time and events have passed, fewer and fewer are laughing.  Most folks prefer comforting lies or bury their heads in the sand.  Unfortunately, as a realist, I more often than not choose an unpleasant truth route.  For instance, Obamacare is not about healthcare, but rather contributing to centralized databases that are designed to convince the citizenry that life will be more efficient and healthier.  Forget about the cost, as it will be paid with other people’s money, otherwise known as subsidies, taxes, and debt. 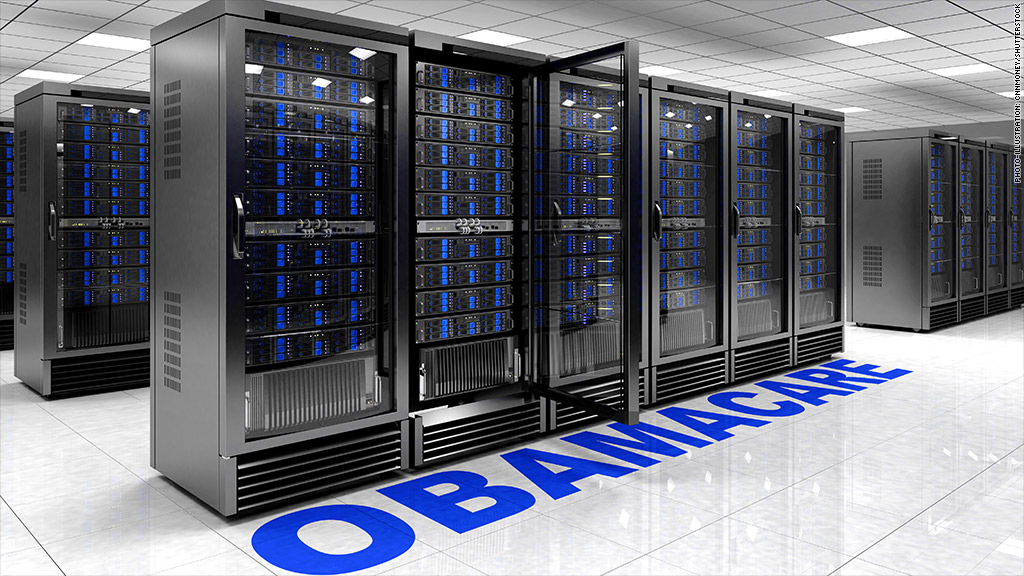 Let’s cut to the chase.  If you are in doubt about the War on Cash and its underlying purpose, when was the last time you used cash to pay for a product or service or withdrew 10,000 hard currency dollars from a bank?  If you withdrew a large sum from a bank, it involved some questioning about what you were going to do with it so the teller could submit a Currency Transaction Report (CTR).  The CTR originated from the 1970 Bank Secrecy Act, designed to rein in money laundering and fraud.  In my humble opinion, it was not a coincidence that Nixon ended the convertibility of the USD into gold in 1971, which subsequently allowed the U.S. Treasury and Federal Reserve to print up as many fiat dollars or digital bits as they pleased.  Oops, did I mean debt?  Yes, I did.  There has been a “Fed Put” for every financial crash since Black Monday. Then came 9/11, when the Patriot Act stepped up the enforcement of CTRs, along with enhanced guidelines to deter terrorism funding.  Are you connecting the dot plot?

President Bush said we should fuggetaboutit all and go shopping more!  Hence, the world got bailed out by the Federal Reserve in 2008 as a last great hurrah to keep the petrodollar flowing, because it was actually the derivatives market that blew up the mortgage market, not the mortgage payment slackers.

So here we are, in the year 2017.  Cryptocurrencies are in vogue like debit cards for millennial crypto who fear FOMO the most.  Some folks are thinking that crypto is the greatest financial innovation since sliced bread and will provide you with anonymous security from a chip implanted by “Big Brother.”  Here is the truth… centralization will creep in with regulation and remove any short-lived liberty a cashless crypto-phant dreamed of.  Oops, did I mean to say money-less?

U.S. Treasury Secretary: We are Looking at Bitcoin (regulation)… “It’s something we are looking at very carefully and will continue to look at. The first issue and the most important issue is to make sure that people can’t use bitcoin for illicit activities. So we want to make sure that you don’t have the dark web funded in bitcoins. And that’s something that is a concern of ours today. So if you’re a bitcoin dealer in the United States, you have the…customer requirements and BSA requirements.  And those are issues I’m discussing with all my international counterparts. So our number one issue is, we wanna make sure that this is not used for illicit transfers of funds.  There’s nothing specific.  But we do have working groups that are looking at this.” – Yahoo Finance, Nov. 2017

Digital ledgers will allow “Big Brother” to tax every penny and track your every move across the planet.  Apple CEO Tim Cook says cash will be dead for the next generation of kids.  It will be the result of the plan to take hard currency away from the populace and release it into the cloud of digital bits. They, whoever you choose they to be, know that everyone will eventually overcome their flinch point.  That is the moment when you are about to do something different, dangerous, or out of your comfort zone and your gut survival instinct causes you to delay the risk. Remember, your mother always told you to follow your gut.

Cash is king, or money that is not dependent upon someone or something else to function in your favor.  The power grid and some form of Internet be damned – it will always be there.  Government?  Hackers?  Fraud?  Natural Disasters?  Forks?  Spoofing?  HFT & Algos?  Fuggetabout’em.  COUNTERPARTY RISK does not have a seat in the crypto-digital ledger vocabulary.  If you want to speculate with a percentage of your personal piggybank in the crypto space, you best know WTH you are doing, as well as contributing to.

Gold or silver in your possession is metalheads liberty, especially in coin denominations, and have absolutely no counterparty risk.  Capiche?  They have been around since the invention of sliced bread.

Why Big Government Is Waging War Against Cash… “The real reason for this War On Cash–start with the big bills and then work your way down–is an ugly power grab by Big Government. People will have less privacy: Electronic commerce makes it easier for Big Brother to see what we’re doing, thereby making it simpler to bar activities it doesn’t like, such as purchasing salt, sugar, big bottles of soda and Big Macs. 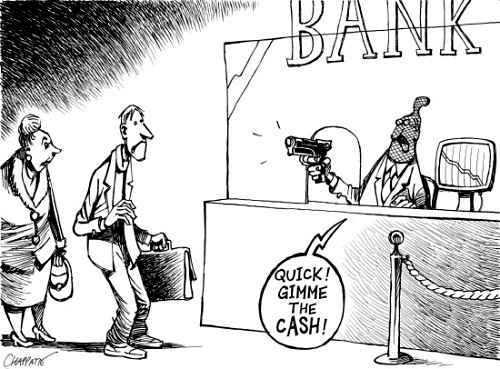 The move to destroy cash feeds into the economic commissars’ fantasy that they can better control the economy. Policymakers in Washington, Tokyo and the EU think the reason that their economies are stagnant is that ornery people aren’t spending and

investing the way they should. How to make these benighted, recalcitrant beings do what they’re supposed to do? The latest nostrum from our overlords is negative interest rates. If people have to pay fees to store their money, as they do to put their stuff in storage facilities, then, by golly, they might be more inclined to spend it. To inhibit cash hoarding–when Japan announced it was imposing negative interest rates, the sale of safes soared–the authorities will want to do away with large notes.

We kid you not. The highly credentialed author of a paper advocating the prohibition of large currency denominations declared, “Introducing negative interest rates would create a powerful incentive to hold deposits in cash, most likely in higher denominations. Eliminating high-denomination notes, so that saving in cash was more inconvenient, would mitigate this problem.” – Forbes, March 2016

Sweden leads the race to become cashless society… “Swedish buses have not taken cash for years, it is impossible to buy a ticket on the Stockholm metro with cash, retailers are legally entitled to refuse coins and notes, and street vendors – and even churches – increasingly prefer card or phone payments.” – The Guardian, June 2016

Old Woman In Sweden Becomes The Latest Victim of the War on Cash… “Over the years, Ethel had accrued a modest and honest nest egg of around 108,450 Swedish krona which amounts to approximately $12,000 USD in cash. To her surprise, upon her request to exchange her outdated notes, she was denied the new issue notes. The bank’s justification for denying the woman the service was that she could not produce the proper receipts to prove the cash was earned legitimately. She was pressed with hard questions such as whether she had ever been involved in laundering money or ever had involvement in organized crime… And of course, 50 years ago, the idea of providing a receipt for cash would have been seen as ludicrous… Ethel lost the case the first time when the bank ruled against her. Then she lost the appeal. The idea that a central bank could request proof for cash was upheld and the stress presumably helped to encourage her death… Right now Sweden is one of many countries in the middle of a big cash war and the victims are those who for a variety of reasons want to save outside of the current, oppressive, savings system.” – Dollar Vigilante, Jan. 2017