Requiem for the American Middle Class

In a nation founded on middle-class ideals, it’s mystifying to millennials and heartbreaking to the Greatest Generation to see the husk of an American dream that’s been left to our hardworking citizens. Government waste and reckless spending habits have made it harder than ever to eke out a living that could, by any reasonable standard, be considered middle class.

The inflation and devaluation of the U.S. dollar has made it a challenge even to define middle class anymore. In my youth, $30,000 per year was a decent living wage; now, depending on which state you live in, twice that amount might not be enough to make ends meet.

Sure, the government spouts terrific-looking economic stats, but those come with hidden asterisks and footnotes. Unemployment figures don’t include part-time workers and people who simply gave up on looking for a job; wage growth numbers are skewed by the ultra-wealthy 1% (or more accurately, the top 1% of that 1%).

Shockingly, the Pew Research Center found that for non-supervisors, today’s average earnings among American workers provide less purchasing power (after inflation has been factored in) than those in January 1973. And in a nation where all men are created equal, wage stagnancy hasn’t impacted everyone equally: 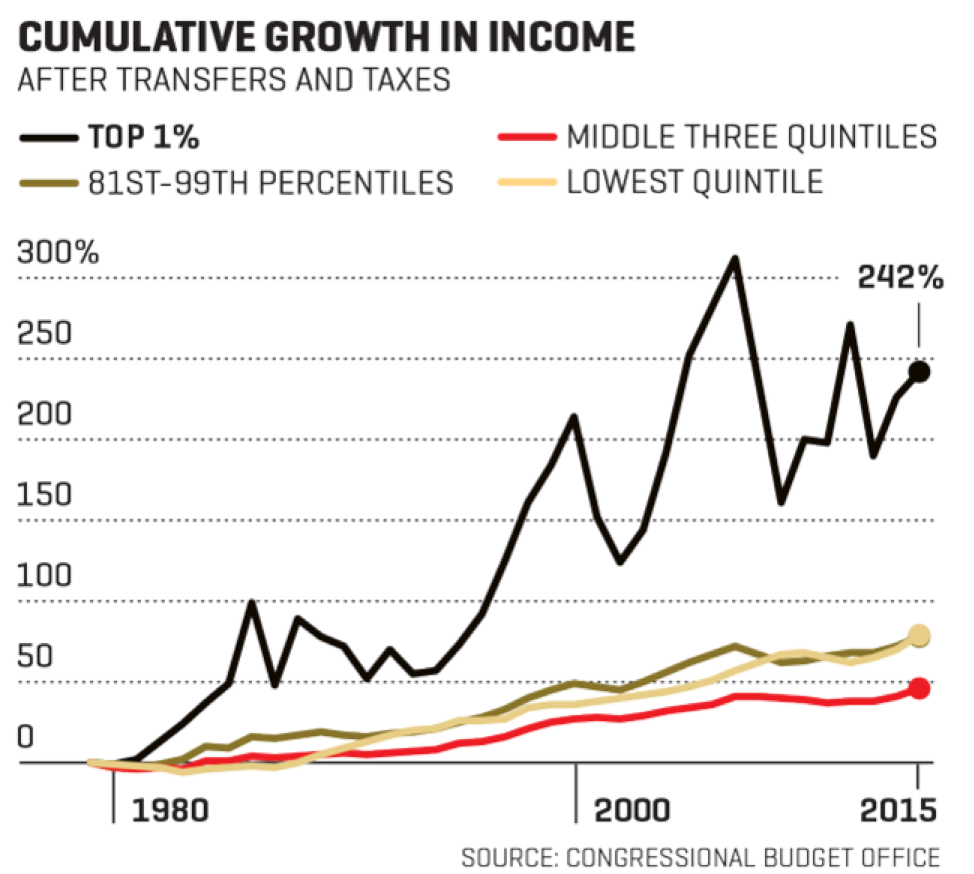 It appears that the disparity has worsened in recent years: according to a large survey of U.S. workers conducted by CareerBuilder, 40% of the nearly 3,500 respondents said that they either always or usually live paycheck to paycheck; this figure is up 4% from the same poll conducted four years earlier.

Much of this is directly related to the tremendous debt burden borne by American households, to the tune of $13.5 trillion. Aggregate household debt balances increased for the 17th consecutive quarter in Q3 of 2018, with the total debt now more than $800 billion higher than it was during the previous peak in 2008, according to the Federal Reserve Bank of New York.

All told, Americans’ outstanding consumer debt is equivalent to over 26% of their income, as reported by loan comparison site Lending Tree. And with the Federal Reserve on track to continue raising interest rates through the next year at least, borrowing costs will inevitably be higher for everyone.

This is all taking place in a nation where the cost of just about everything is going up steadily – and not just on luxury items, but on necessities like food, rent, electricity, medications, and child care: 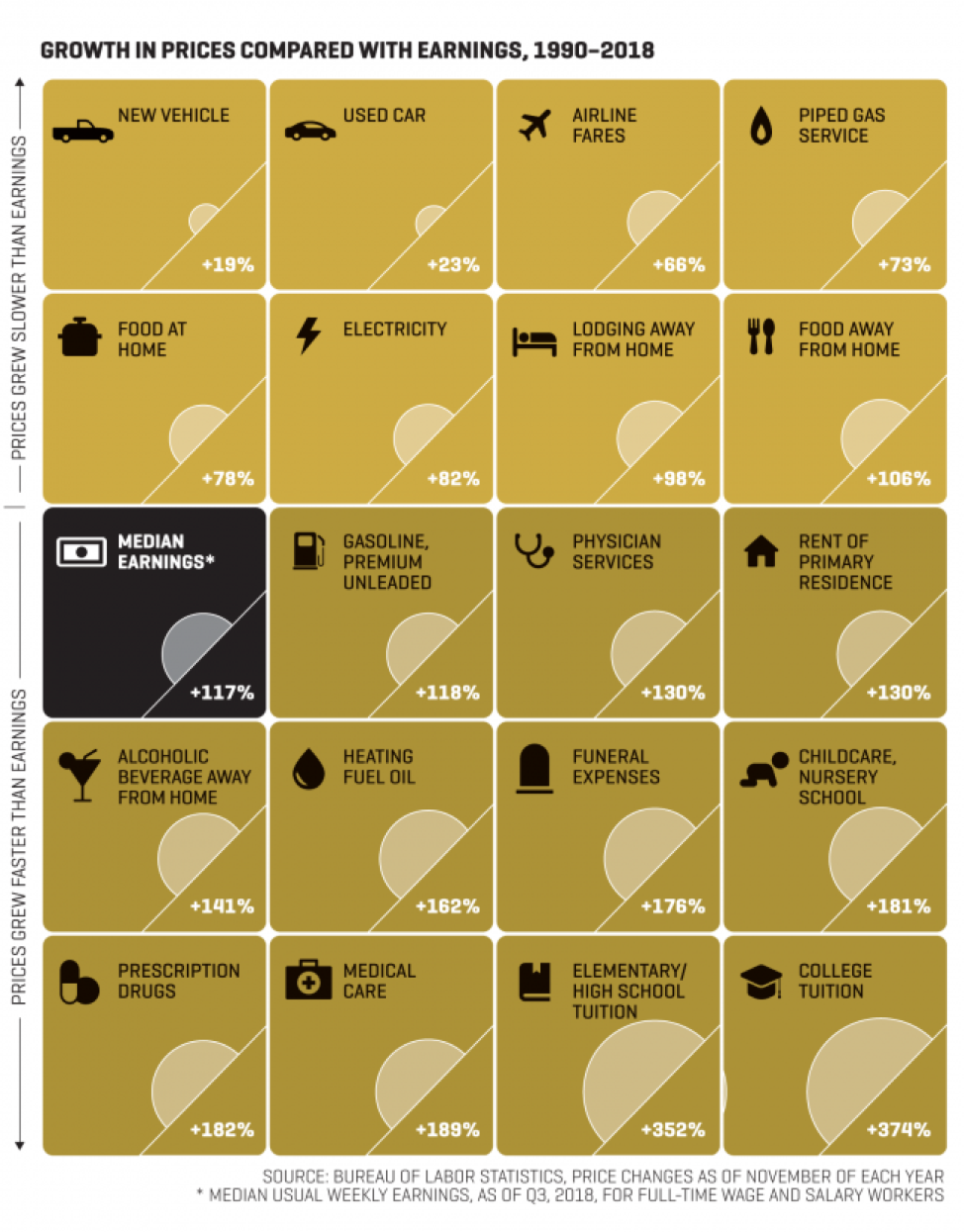 Any aspirations of escaping from this vicious cycle by going to college are typically squelched at the outset due to the exorbitant costs of tuition, textbooks (which, even in their online formats, are prohibitively expensive), and lodging. Besides, the notion that a college degree guarantees a high-paying, lasting career is, frankly, so quaint that’s it’s laughable.

So to the American middle class, and to the spirit of economic freedom it once represented, I write this requiem just for you: alas, dear American Dream, for I hardly knew ye.