Waiting for widespread turbulence before buying gold and silver is like waiting until you get sick before buying insurance. That being said, it’s better to own hard assets late than never to have owned them at all.

Gold’s true and enduring value came into focus this year with the onset of the coronavirus. The 34% Covid crash proved that the S&P 500 can’t just keep going up forever. The prices of gold and silver held steady while decades-old companies halted their dividend payments and bond yields fell to near-zero.

By late May, complacency returned to the stock market as inexperienced retail traders bought up every hot stock they could get their hands on: Moderna, Tesla, Uber, Beyond Meat, Virgin Galactic, whatever the flavor of the week happened to be.

It didn’t take long before the major stock-market indexes priced in the assumption of a full economic recovery and a return to normalcy. Never mind the actual amount of time that it takes to find a vaccine, then get it approved by regulators, and finally make it available to the public.

Still, there was a glimmer of hope on the horizon, even if it wasn’t necessarily based on a realistic recovery timeline. Illusions of normalcy were quickly shattered, however, as May transitioned into June with newsreel images of cities burning, protesters rioting in the streets, and lawmakers desperately calling for law and order.

If you’re old enough to remember the college-campus riots of the 1960’s or the Rodney King looting of the early 1990’s, then you might feel like you’ve seen this movie before. But this time it’s different as the unrest is spreading throughout the nation. It’s not a single explosion but multiple explosions taking place in cities large and small, all at the same time. 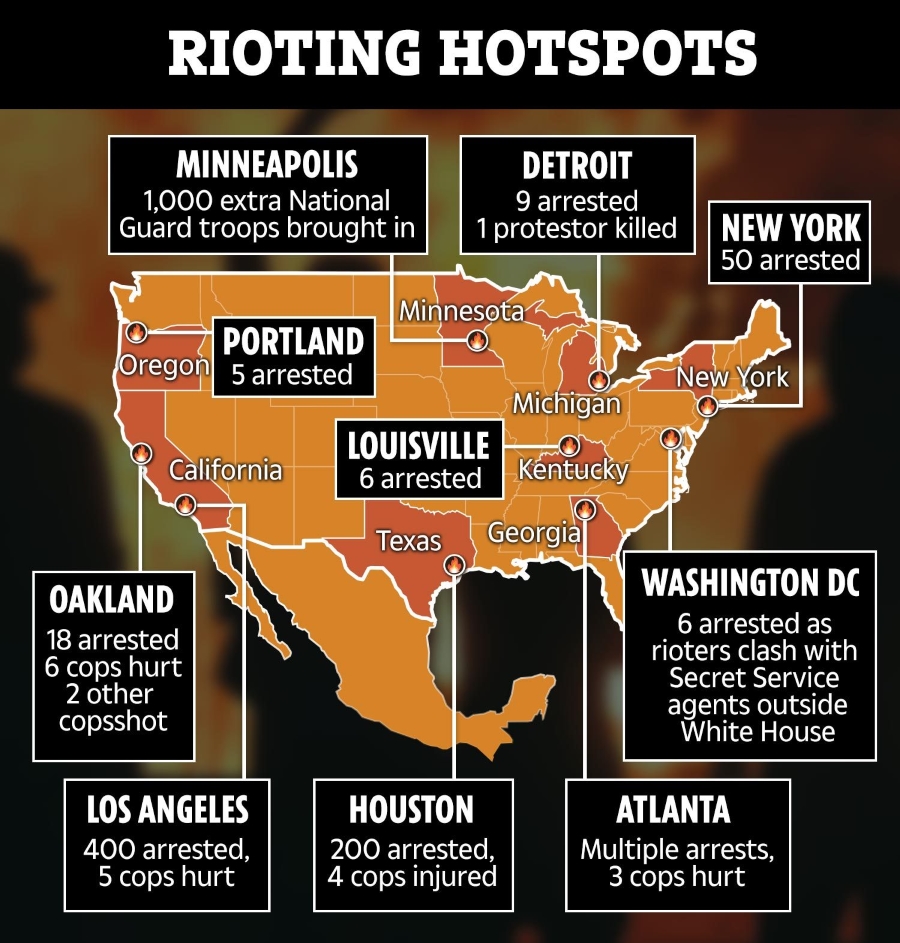 And that’s what makes it difficult to contain the violence. A mayor can barely manage what’s happening in one city, much less what’s going on outside of his jurisdiction. Each city has a different way of handling the violence as America is a patchwork of cultures, laws, and expectations.

It’s hard to even keep track of the mayhem as it metastasizes across the nation. In Detroit, a 21-year-old man was shot and killed by an unknown suspect while in his vehicle. In Indianapolis, five police vehicles were damaged while three officers and three civilians were injured; moreover, at least 30 businesses were damaged in that city.

A police officer in Jacksonville was reportedly “slashed in the neck”; police vehicles were destroyed and fires were set in New York City. It’s frightening to consider that just as the coronavirus lockdown orders are gradually being lifted, a whole new set of curfews and stay-at-home orders could now be imposed.

Naturally, the corporate media isn’t helping at all. We have to keep in mind that their job is to add fuel to the fire and keep you glued to the television at all costs. “If it bleeds, it leads” is the old credo among television reporters, and they’re still adhering to this greed-driven mandate.

As the tension escalates, everything Crush the Street has taught you about self-reliance and self-preservation should now coalesce into a comprehensive action plan for yourself and your family. We’ve got a full suite of special reports designed to help you through the crisis, which will undoubtedly get worse before it gets any better. 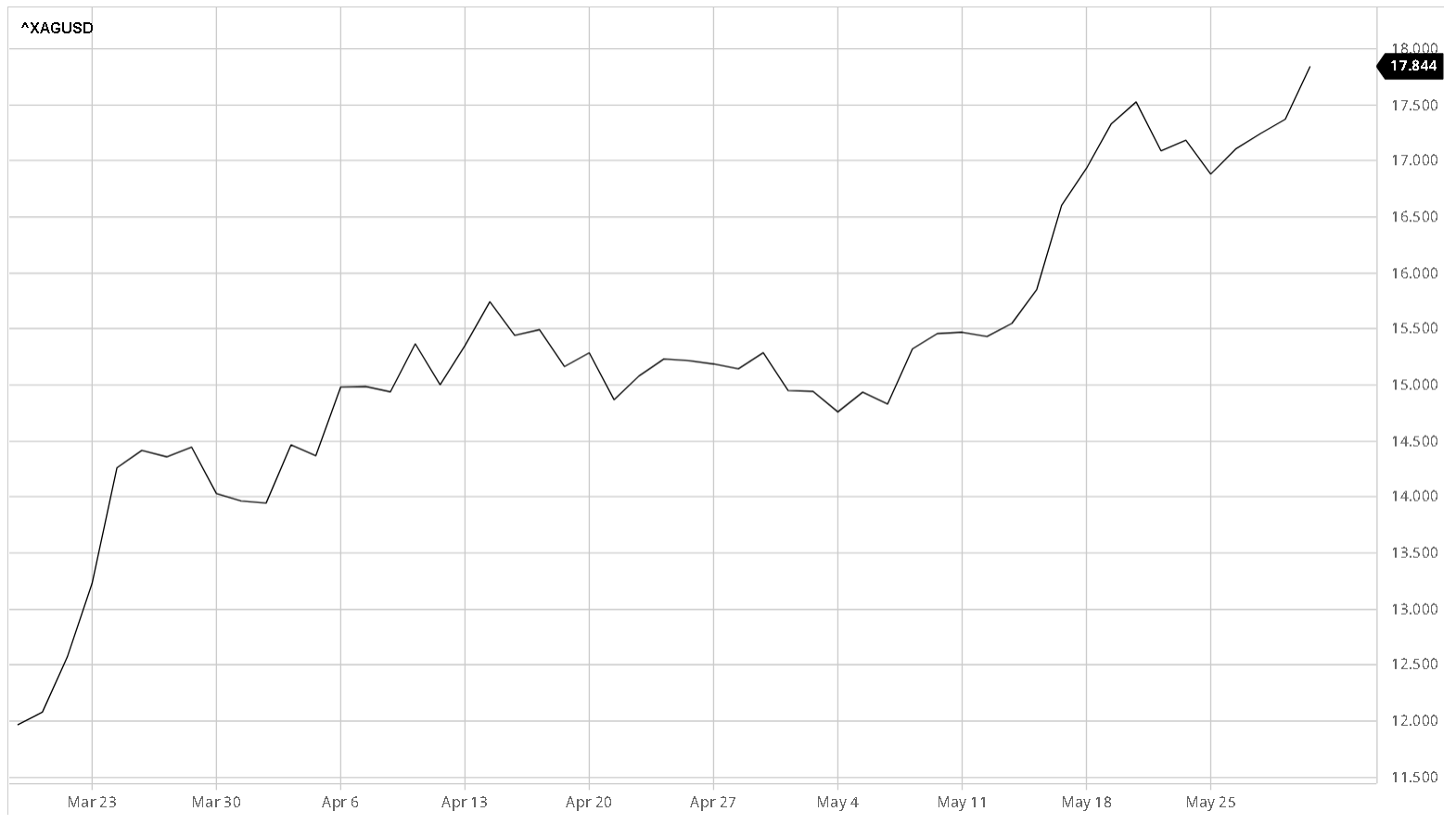 I certainly hope that precious-metals ownership is part of your action plan. As you can see in the chart above, silver’s quickly moving higher amid a backdrop of domestic and international tension – not to mention the U.S. dollar’s steady and inevitable devaluation.

Gold has also done well and should continue to ascend as protests devolve into riots and local governments struggle to cope with the escalating tensions. And no amount of Federal Reserve stimulus can quell the large-cap markets when businesses, already barely able to make money, fear violence and destruction.

In short, no one can afford to be complacent now. Troubled times require assets that you can count on: it might be firearms, or meal rations, or any number of essential preparatory items. And it certainly includes precious metals, the financial asset that lets you rest assured when unrest grips the nation.