Seventh Sign of the Apocalypse: Tesla and the Market Top

If I had to pick a company and a stock that represented the mood of the stock market, it wouldn’t be a Dow Jones stock or a stock that’s been around for a long time. In fact, the one I’d pick has only been around since 2003, meaning that if you’re reading this, you’re probably older than the company.

I’m referring to Tesla, whose stock went up 13.73% today and is up an additional 1.12% in after-hours trading. Yesterday, the stock went up nearly 20%. It’s easily the most talked-about company on the financial websites and message boards I frequent.

Astonishingly, the share price has doubled in the past month and quadrupled since August. Tesla stock is starting to resemble Bitcoin in 2017, and although I’m generally bullish on Bitcoin, we all know what happened to its price in 2018.

I have nothing against Tesla as a company, but I don’t think that beginning investors are learning a good lesson here. To relay an anecdote from market commentator Micah McDonald: “I gave my kid $1k to trade with… and what does he buy? TSLA He’s up 60% in TSLA and 17% overall in just a month and a half. This teaching my kid about the stock market isn’t going as planned…”

That’s humorous but also apt, as I suspect that there are legions of traders out there who bought Tesla stock because it was all over the news, got lucky and made fast money. Now they think that investing is easy and that research just means buying whatever’s hot and heavily favored in the corporate media. 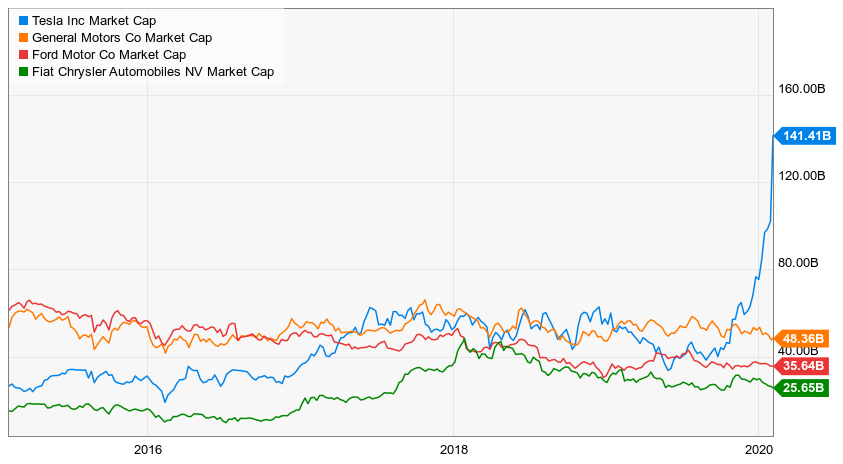 When everyone thinks that successful investing is easy, I tend to view that as a sign of an imminent market top. Another sign would be that a company that’s only been around since 2003 has a bigger market cap than Ford, General Motors, and Fiat Chrysler combined, and bigger than Daimler and BMW combined.

Again, I’m not trying to pick on Tesla or its shareholders. It just bothers me that the hottest stock on the planet is one with no price-to-earnings ratio because the company isn’t profitable and therefore has no earnings to speak of. If you need proof of this, note that TSLA’s trailing 12-month earnings per share is -4.92.

This is also a company which offers no dividends. Other companies that don’t offer dividends include Amazon, Google, and Chipotle, and as you may have noticed, their stocks are also quite pricey. Unfortunately, the takeaway for beginner investors is probably that dividend investing is “boring,” P/E ratios are irrelevant, and the real action is in high-flyers whose charts have no slope because they’re vertical.

I hesitate to say any of this because Tesla is a hot-button topic that’s nearly as polarizing as the presidential election. Pot-smoking, stage-dancing Elon Musk knows how to build a cult of personality and as for TSLA stock, the battle between the longs and the shorts has practically turned into a referendum on the future of electric vs. internal-combustion-engine vehicles. 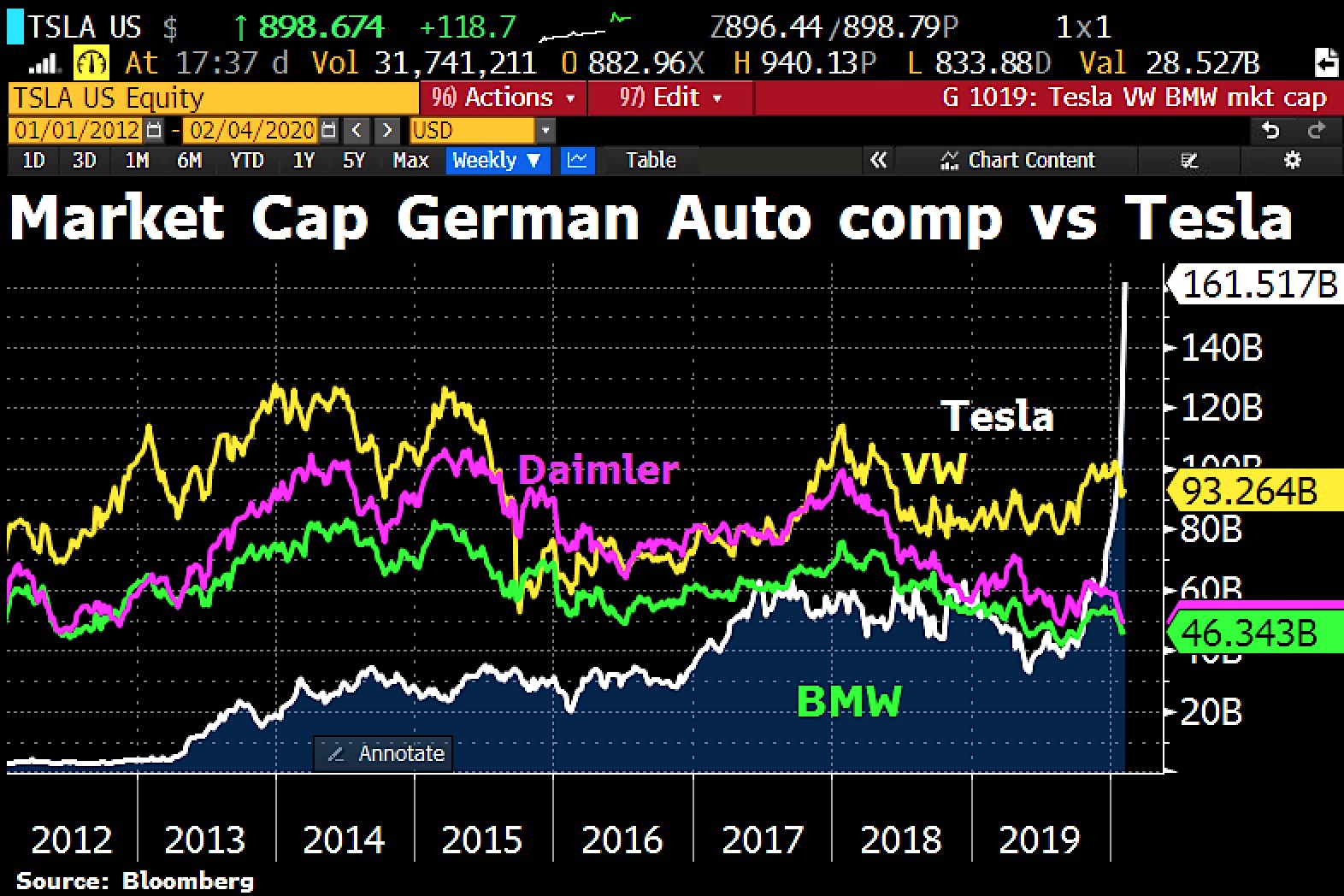 Not that they need to apologize for anything – they placed their bets and won big-time, and I’m happy to congratulate Tesla’s shareholders for that. I’m also not going to attempt to time a stock-market implosion based on the performance of one stock (or one pot-smoking, stage-dancing CEO for that matter).

When the value-versus-momentum debate is wholly eliminated from the cultural conversation, however, I do believe there is cause for concern. Veteran investors know that value and fundamentals always make a comeback sooner or later, but trying to inculcate that concept into neophyte traders’ minds feels like a steep uphill battle lately.

That’s fine, as I’ll continue to fight that battle even if my vindication is a ways off – maybe weeks, months, or even a couple of years – but at some point the pendulum will swing back and reality will, painfully for the unprepared, be back in style again.