Silver is one of the very few assets not in the everything bubble and perfectly poised for a comeback of epic proportions.

Silver has a special place in my heart. Before I ever owned gold, I owned silver. I’ve never sold a single ounce of silver, and it’ll only be when a massive transfer of wealth takes place that I would even consider liquidating my silver and likely convert it into cash-flowing real estate. But until then, a major firework show still needs to play out.

Buy low, sell high: the age-old formula is time-tested and favors asset classes that have been around for a long time, have withstood economic downturns, and are rebounding from a temporary drop in price.

2018 was a tale of two asset classes: in the competition between precious metals and the U.S. dollar, there can only be one winner at any given time, and last year happened to be a time when the dollar surged due to fears that Fed Chairman Jerome Powell would get ultra-aggressive with rate hikes: four in 2018, followed by another four in 2019.

As a result, the dollar rose to its resistance levels while silver has been bouncing off of its support.

In textbook fashion, silver bounced almost perfectly off of the same support level we saw in late 2015. Notice how quickly silver can jump to the $20 level and beyond: if you truly believe in buying low and selling high, you’re witnessing a perfect setup right now, with $20 as a short-term target.

Or you can aim much higher than that. Using history as our guide, we’ll notice that silver has reached $50.35 per ounce in 1980 and $49.82 per ounce in April of 2011. Therefore, on a multi-decade time frame, silver is still much closer to its low than its high and has demonstrated that it can and will reach the $50 level.

Here is where the case gets especially strong…

You see, when you invest in silver, you’re holding a precious metal that’s particularly well known for its numerous industrial uses; some of silver’s applications include electronics (a cell phone contains about one-third of a gram of silver), batteries, chemical catalysts, water purification, clothing, jewelry, currency, and silverware. 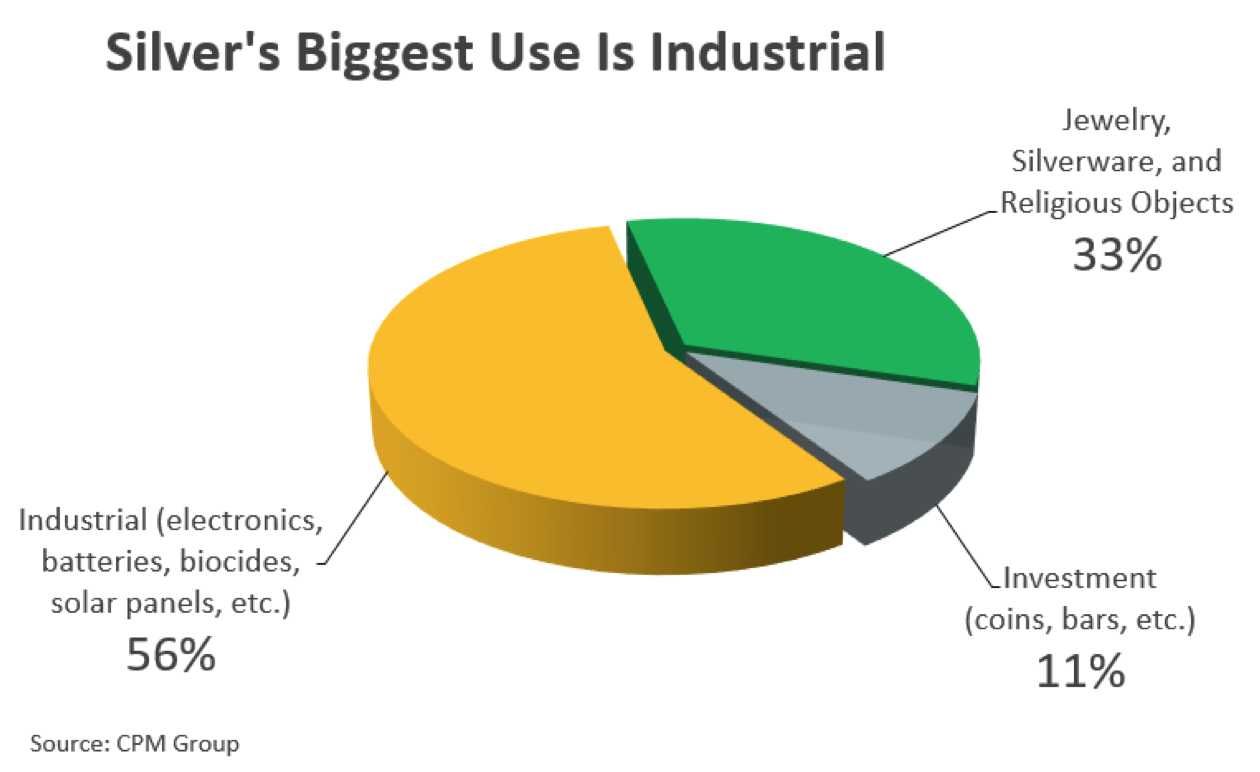 Silver is also used in solar cells, an application that cannot be underestimated. A tremendous amount of solar power generation will be needed to supply electricity for America’s residential, commercial, and industrial sectors, as well as the demand for solar power to charge electric vehicles. In the U.S. alone, solar power generation is expected to increase six times by the year 2035: 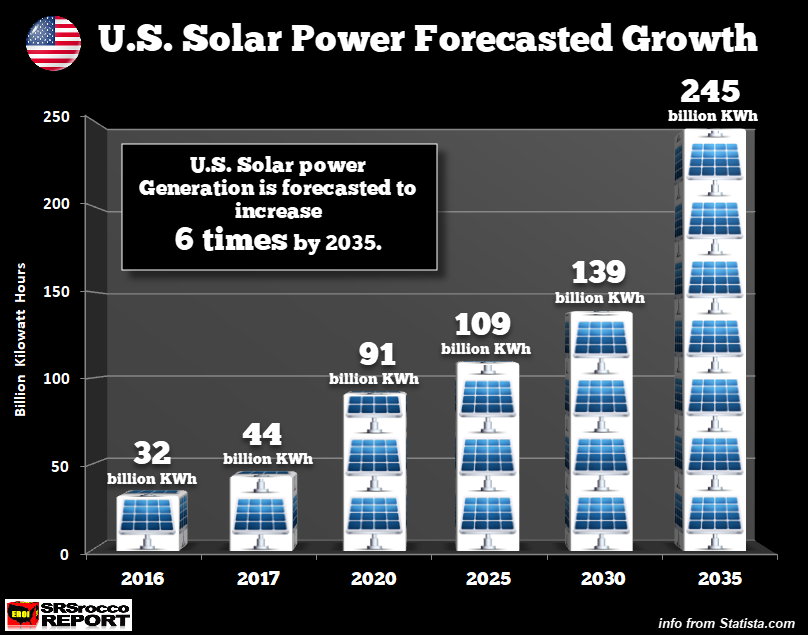 To get from 44 billion kilowatt hours in 2017 to 245 billion kilowatt hours by 2035 means a whole lot of solar power – and a whole lot of silver – will be needed. To quote Mike Maloney: “Of all the elements, silver is the indispensable metal. It is the most electronically conducive, thermally conductive, and reflective. Modern life, as we know it, would not exist without silver.”

While silver demand is on the rise, there’s a silver supply shortage that’s been getting more severe with each passing year: the total global supply peaked in 2014 at 1.01 billion ounces and has been in a declining trend ever since. By 2020, the demand is expected to outpace the supply by a wide margin, which will naturally lift silver prices: 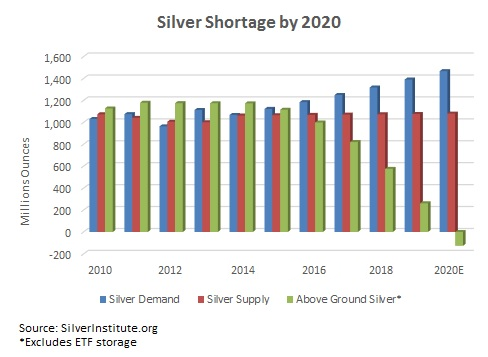 And then there’s the Fed and the dollar. Constant pressure from President Trump to back off of the aggressive rate-hike policy has caused Chairman Powell to slash 2019 rate-hike expectations in half, from four to only two. Besides, he saw that attempting to raise the 10-year T-note rate to just 3% caused a -20% bear market in stocks, so I’ll be surprised if he raises rates even twice this year.

Frankly, no one is expecting the U.S. dollar to have another year like it did in 2018. Besides, the dollar inevitably loses value over time: because of incessant governmental money printing, the dollar has and will continue to lose its value – items that cost $50 back in 1980 now cost $200 and will cost much more in the years ahead.

Rising inflation and low Treasury yields will create a scenario mirroring 2016’s silver bull run: the real interest rate (the bond yield minus the rate of inflation) will reach zero or even go negative. This, along with increased demand and a serious global supply shortage, will give investors the gift of a lifetime: a truly stunning 2019 rally in silver.