It’s a story all too familiar in human history: a culture, a nation, a group of people become incredibly prosperous. The ancient Greeks did, the Romans after them, the Dutch, the Spaniards, and the British followed suit.

62 people on Earth own half of the world’s wealth.

The population is left helpless, wondering what went wrong.

This is the time to be especially cautious and aware of the risks to the currency system, which are even greater than in 2008.

As a legacy of the Nixon shock, the U.S. dollar remains the world’s reserve currency and, as expected, the Federal Government and central bank have consistently upheld the notion that the dollar is on solid ground. And while the dollar would indeed be hard to replace today, the facts clearly indicate that the dollar’s days are numbered. 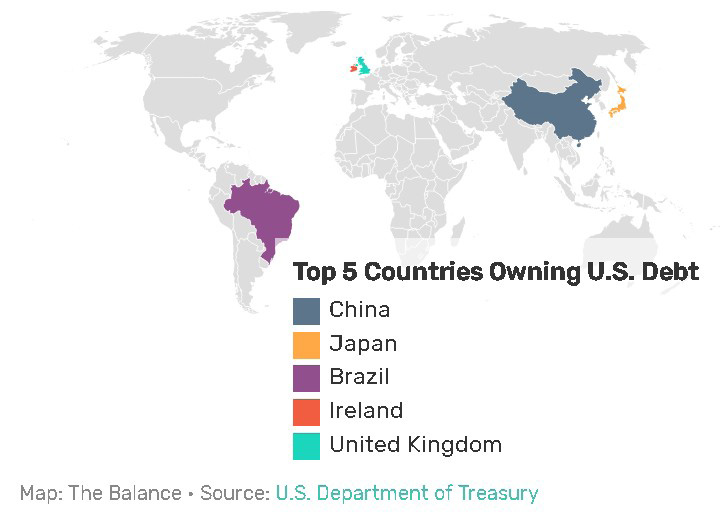 Tax revenues won’t even come close to funding the massive debt load carried by the U.S. today. Other factors detracting from trust in the stability and solvency of the American financial system include the nation’s inability to continue funding Social Security, Medicare, and other entitlement programs for a steadily growing senior population.

Given the ballooning deficit and the Fed’s headlong rush to hike Treasury yields after a decade of QE, ZIRP, and NIRP, the next elections will, in all likelihood, revolve around getting out of a recession and addressing unfunded liabilities on a national level.

Blame Trump, past presidents, or whomever you choose to blame, but the facts are the facts: the U.S. debt-to-GDP ratio is over 100% now, an entirely unsustainable burden that will take a toll on the national economy until it’s either addressed or the economy and markets buckle under their own weight.

Progressive, centralized monetary thinking is a global infestation. We’re seeing the failed policies of New York and California infiltrate the rest of the country with defenders of the constitution having to explain deferred gratification vs. the instant gratification that comes from the free gifts of the government.

The current administration is doing what they can to free up the economy from its roots with deregulation, tax cuts, and capital attraction in the economy, which are all positive despite the looming bubble that overhangs.

I want you to consider how important the stock market has become to the well-being of every citizen of the U.S. from the jobs we have to the retirements we receive and the standard of living we enjoy. Look at this chart: 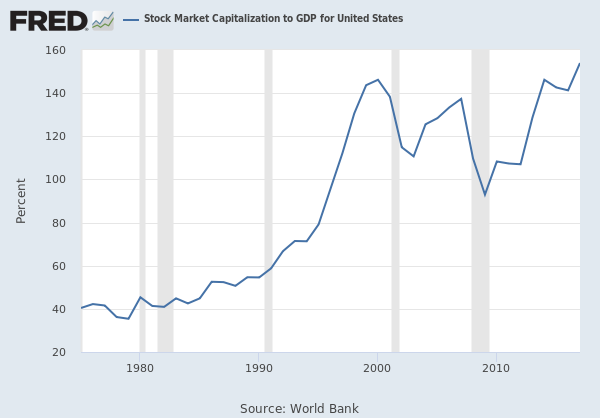 The stock market is now 150% of our country’s GDP. In the 1970s it was ONLY 40%. I guarantee we will be prepared to be on the receiving end of the cascading of events that will take place as this starts to unfold, so be ready.