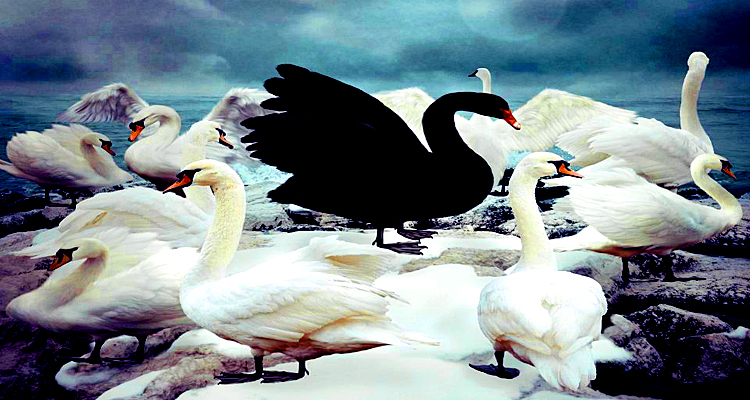 The dollar (USD) continued its scorching rally and printed a 20-year high today following the release of a 9.1% YoY inflation surge and lifting near-term expectations that the Federal Reserve will pursue a hawkish monetary policy stance this month. Markets are pricing in a 75- to 100-basis-point interest rate hike at the FOMC meeting later this month. Will rising interest rates pop the $300+ trillion global debt bubble? There is a lot to consider there before doing a technical analysis of the USD chart. Peter Schiff summed up the dysplasia at the Fed today:

Wall Street Says a Recession Is Coming. Consumers Say It’s Already Here… “Shoppers are getting squeezed and money is disappearing fast. The recession calls are getting louder on Wall Street, but for many of the households and businesses who make up the world economy the downturn is already here.” – Bloomberg, Jul. 6, 2022

Inflation rises to 11.3% in producer index for June, near highest on record… “Inflation as measured by producer wholesale prices ticked up to a red-hot 11.3% for the year ending in June, according to a report Thursday from the Bureau of Labor Statistics, near the highest on record. Thursday’s report comes a day after headline inflation as measured by the consumer price index exploded to 9.1% for the 12 months ending in June, the highest level since 1981 and a bigger increase than expected. ‘Despite a modest improvement in supply conditions, price pressures will remain uncomfortable in the near term and bolster the Fed’s resolve to prevent inflation from becoming entrenched in the economy,’ economists with Oxford Economics said.” – Washington Examiner, Jul. 14 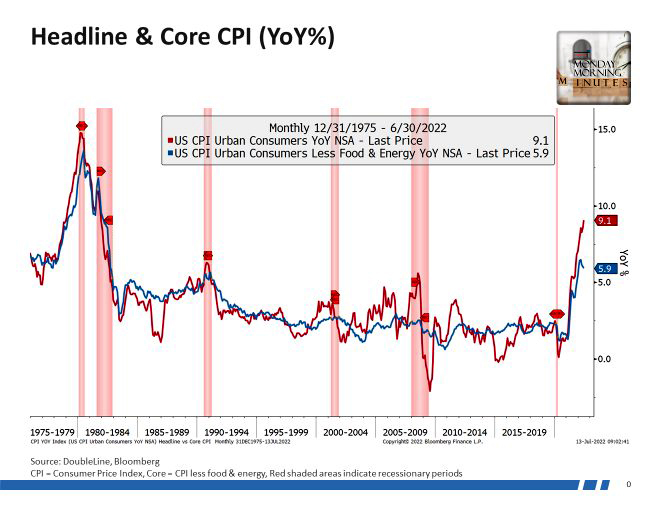 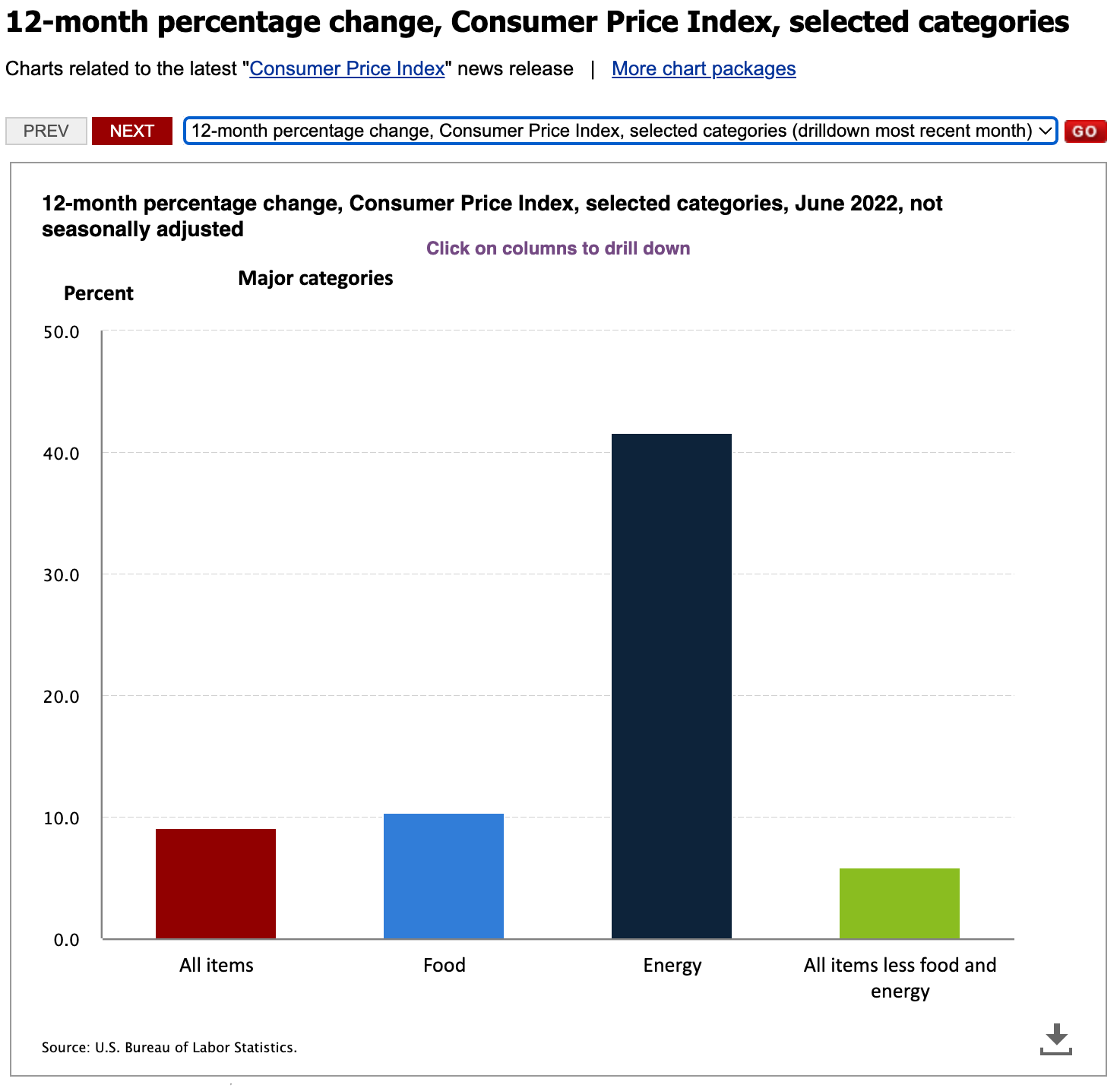 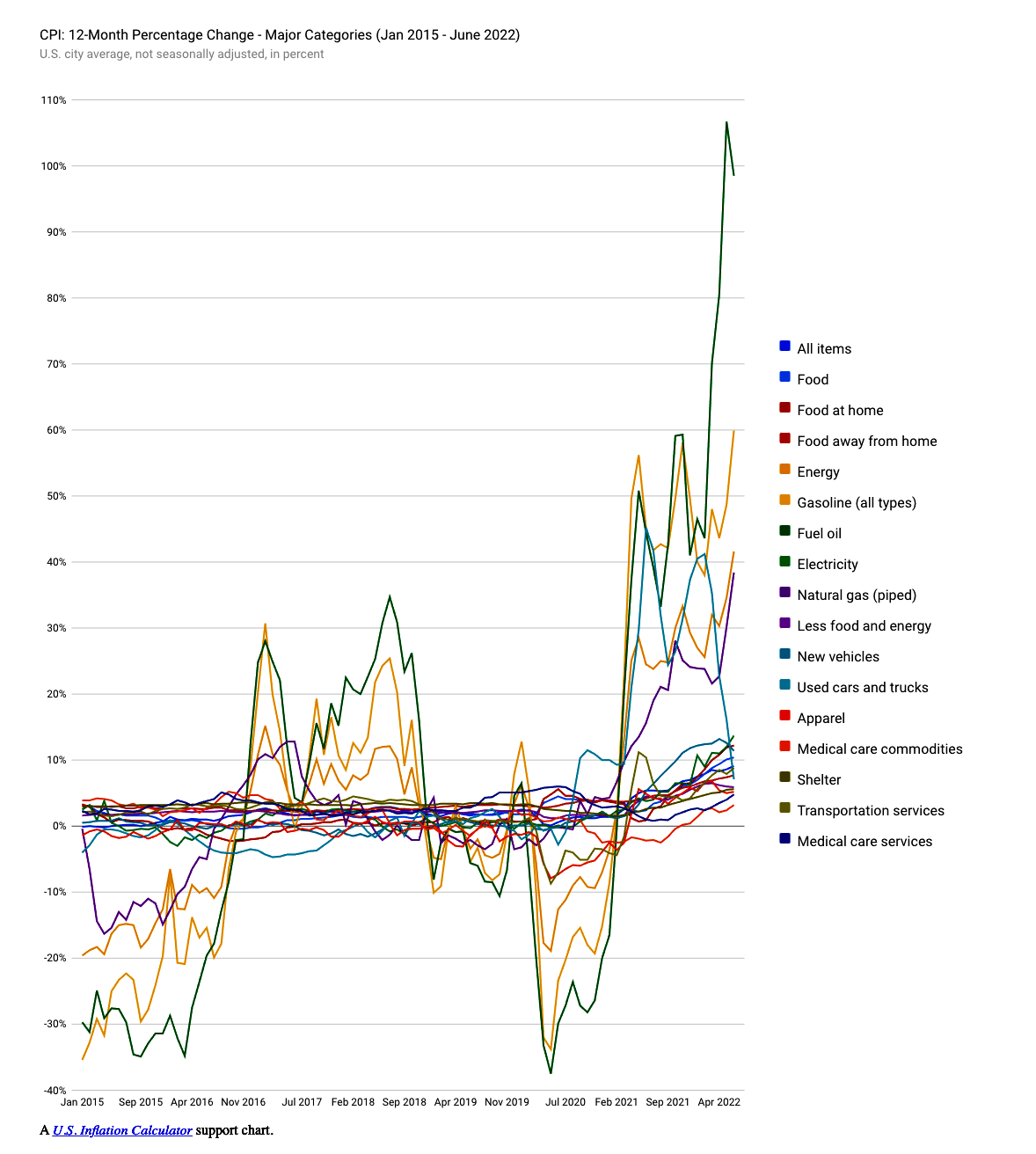 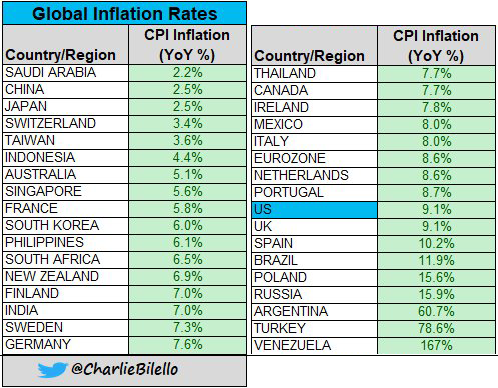 This is what economic disaster looks like – Tucker Carlson, Jul. 13

US, allies teetering on brink of military confrontation with Moscow… “Russian Foreign Ministry Spokeswoman Maria Zakharova said in a statement on Tuesday that ‘after provoking an escalation of the Ukrainian crisis and unleashing a violent hybrid confrontation with Russia, Washington and its allies are dangerously teetering on the brink of an open military confrontation with our country, which means a direct armed conflict between nuclear powers. Clearly, such a confrontation would be fraught with nuclear escalation’… The Russian diplomat added that the tone and focus of Japanese Prime Minister Fumio Kishida’s remarks on the nuclear weapons issue were perplexing. ‘We have taken note of Japanese Prime Minister Fumio Kishida’s recent anti-Russian remarks, including his controversial statements on the nuclear weapons issue.’” – TASS, Jul. 12

Germans will have to burn wood to stay warm this winter, warns Deutsche Bank… “Some German households will be forced to heat their homes with wood instead of gas as Russia turns off the taps, according to dire warnings from analysts. Global shortages of gas worsened by Russia’s war on Ukraine have sent prices soaring, with many consumers cutting usage in response.” – The Telegraph, Jul. 13

Macron issues warning on Ukraine… “Paris does not want a ‘third world war’ but will support Kiev, the French president has said. France will continue ‘helping’ Ukraine in its ongoing conflict with Russia, Paris is seeking an end to the fighting, and does not want to become directly involved in hostilities, he added. France should nevertheless increase its military budget in the wake of the hostilities between Kiev and Moscow, Macron told French media. ‘The end of summer and autumn will be very harsh,’ he warned, suggesting the fighting is set to intensify.” – RT, Jul. 14

Despite raging inflation that lowers domestic USD purchasing power, the USD has significantly gained in value vs. almost all other currencies since Mar. of 2021. That might be good news for Americans that can still afford to or must travel abroad, but U.S. companies with an international footprint become less profitable since roughly 30% of sales originate overseas.

Many companies are being forced to lower earnings projections, causing their stocks to lose value and equity markets to suffer overall. They must also deal with current inflation pressures, unwanted rising inventory of apparel and home goods, and consumer spending and sentiment that’s falling off a cliff. Note that the explosive phase in the USD rally since Jan. 2022 coincided with U.S. stock market indices plunging into bear market territory. A strong USD typically accompanies financial stress in markets, a recession, or both like we’re witnessing in the current environment. Capital fleeing Europe into perceived USD safety is due to concerns that the Ukraine war will expand across the continent and that’s contributing to the rally. The Fed may want an economic slowdown to blunt inflation by lifting interest rates, but a strong dollar, a hard-landing recession, and a global credit market crisis is likely par for the course this time around.

‘Don’t Fight It’: Hedge Funds, Wall Street Double Down on Dollar… “Hedge funds and investment banks see dollar strength continuing with catalysts ranging from a hawkish Fed to global recession… ‘It feels like the current phase of dollar strength will continue for a while — at least until the Fed signals that aggressive tightening is no longer necessary,’ said Wai Ho Leong, strategist at hedge fund Modular Asset Management in Singapore. ‘We might be getting close to that tipping point, but it is hard to say when that guidance shift takes place.’” – Bloomberg, Jul. 14

The Dollar Is a Victim of Its Own Success… “America’s most powerful weapon of war does not shoot, fly or explode. It’s not a submarine, plane, tank or laser. America’s most powerful strategic weapon today is the dollar. The U.S. uses the dollar strategically to reward friends and punish enemies… Examples of the U.S. employing these financial weapons are ubiquitous and long precede the draconian sanctions imposed on Russia in the wake of its recent invasion of Ukraine.” – Jim Rickards via The Daily Reckoning, Juul 7 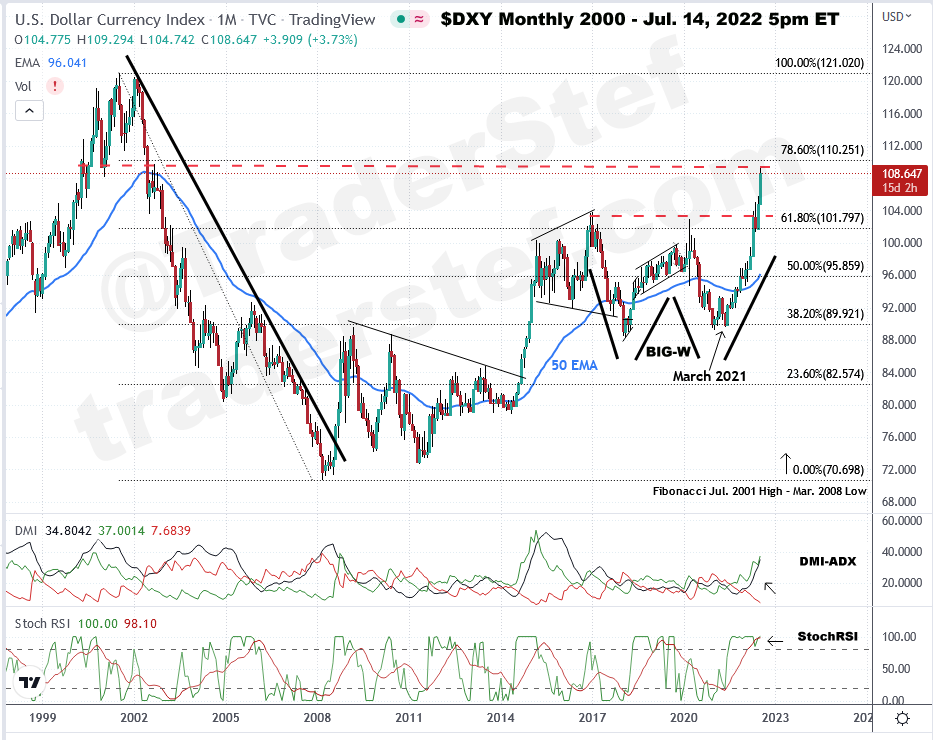 The USD index rally began in Mar. 2021 with an Adam & Eve Double Bottom confirmation that led to a bullish Big-W pattern. An explosive phase began after the 50 Exponential Moving Average (EMA) and 50% Fibonacci retracement level were breached going into Jan. 2022. The DMI-ADX remains in a powerful strength of trend since the Alligator Tongue set up, but the StochRSI is indicative of an overbought condition. Keep in mind that monthly chart studies move much slower than shorter time frames, and this rally could tap the 120 level before any significant pullback takes place. Keep an eye on price action around the 78.6% Fibonacci level at 110 and stay abreast of any dovish hint from the Fed this summer that will trigger the Taper Caper (abrupt monetary policy shift from QT to QE). 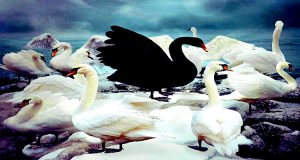