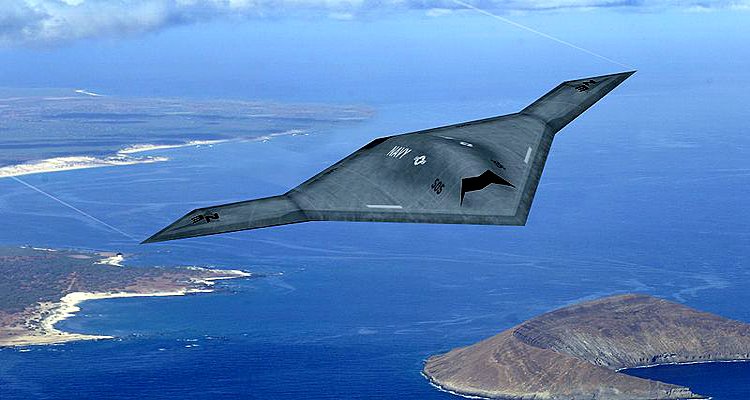 Last week’s stock market insanity should have set off your mercantile sense alarm clock with a high-pitch squeal, indicating that all is not well and it’s beyond the time to consider a more defensive stance with your investment portfolio allocations, (aka a RISK-ON environment).  Coincidentally, our duly elected Congress critters and Senate snakes increased the Pentagon’s budget by $165 BILLION last week, which sends the total budget into the historic territory of $700+ billion per year. 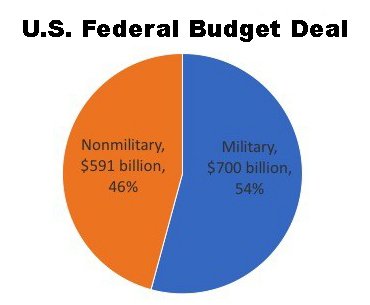 If you did not know, the U.S. is in a war economy…

“If Country X spends most of its tax dollars on defense and/or uses most of the proceeds from borrowing money for maintaining military and defense efforts.”

Based on other data points, such as Black Project spending, it can be argued that the U.S. has been deep into war economics since WWII.  For the sake of brevity, let’s begin with 9/11.

Ways 9/11 Impacted the US Economy… “Changed the American way of life… Impact on Airline Industry and Tourism… Homeland Security and Defense Spending… Taxes and Monetary Policy… Cost of the War on Terror… Escalation and Stalemate…” – Andrew DePietro at GoBankingRates, Sep. 11, 2017

Where is the defense budget now compared to 9/11, and what is the mainstream media’s take on the new spending bill?

It’s The Biggest Budget The Pentagon Has Ever Seen… “$700 billion. That’s far more in defense spending than America’s two nearest competitors, China and Russia, and will mean the military can foot the bill for thousands more troops, more training, more ships and a lot else… The enormous increases in defense spending agreed to by lawmakers on Friday go beyond what Trump ask[ed] for. Of the $700 million in spending for the 2018 budget year that started last Oct. 1, about $629 billion is for core Pentagon operations and nearly $71 billion is for the wars in Afghanistan and elsewhere. Trump had requested a 2018 military budget of $603 billion for basic functions and $65 billion for war missions. The deal Congress approved early Friday also sets the Pentagon’s 2019 budget at $716 billion, giving Mattis the financial stability he’s been demanding. The biggest winners in the military buildup are the country’s largest defense contractors, such as Lockheed Martin, Boeing and General Dynamics, that spend millions of dollars each year lobbying Congress.” – Washington Post, Feb. 10 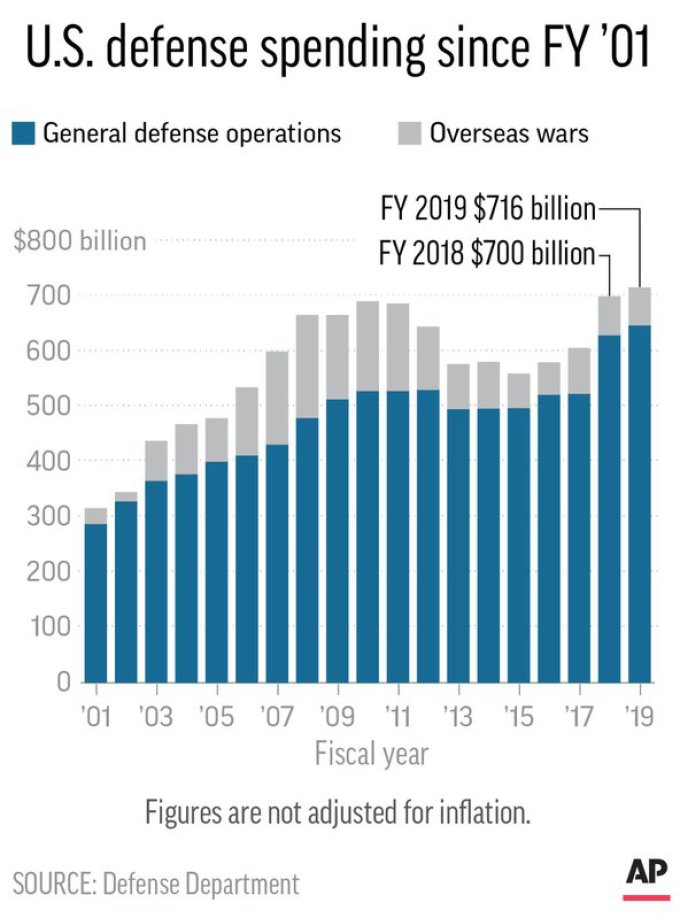 It has been somewhat quiet as of late regarding North Korea due to the Olympics in South Korea.  Rocket Man created another PR stunt, in a long history of North Korea’s farcical public relations games, this time using a “united” North and South Korea theme at the Olympics.  North Korea remains a major security threat to our territory and allies, including Japan, especially for South Korea, where we have 30k troops (sitting ducks), and it creates rising risks with China and Russia at its borders.  North Korea will be dealt with in some way, and not just with sanctions alone, as they’re adamant about not giving up the nuclear program (Iran, Libya, Ukraine, and Iraq are all in the forefront of Rocket Man’s mind).  Trump is not Bush, Clinton, or Obama.  The perceived quiet time will likely not last for much longer.

North Korea’s First Family Is Playing Its Trump Card to Win Olympic Spotlight… “Just hours after the White House confirmed to CNN and the BBC that first daughter Ivanka Trump will be attending the Winter Olympics closing ceremony on February 25, North Korea notified Seoul that a member of the ruling Kim family will visit its southern neighbor for the first time. North Korean leader Kim Jong Un has decided to send his younger sister Kim Yo Jong along with the high-level delegation slated to attend the Olympic Games opening ceremony on Friday.” – Newsweek, Feb. 7

Kim Jong-un’s baby sister: the Ivanka Trump of North Korea… Kim Yo-jong first entered the public eye during one of North Korea’s darkest moments. Now she is back on stage for one of its brightest – helming Pyongyang’s Olympic charm offensive.” – South China Morning Post, Feb. 9 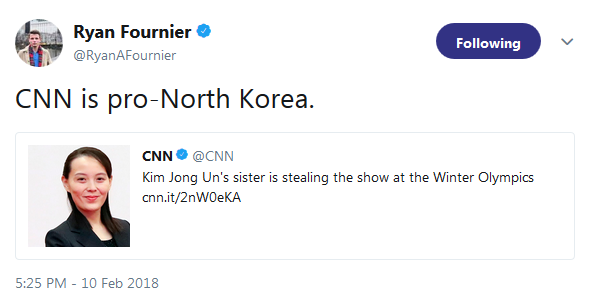 North Korea holds massive military parade on eve of Olympics… “North Korea has been fairly quiet recently. Now it appears they have spent months preparing for something big – and they’ve tricked us all.” – AustraliaNews, Feb. 8

Heading home, Pence insists ‘no daylight’ on North Korea… “as the South appeared to look favorably on warming ties on the Korean Peninsula, Pence insisted Saturday ‘there is no daylight’ among the United States and allies South Korea and Japan in intensifying pressure on the North over its nuclear and missile programs. Pence spent the days leading up to the Pyeongchang Olympics warning that the North was trying to ‘hijack the message and imagery’ of the event with its ‘propaganda.’ But the North was welcomed with open arms to what South Korean President Moon Jae-in called ‘Olympic games of peace…’ Pence said Friday that the U.S. would oppose talks between the two Koreas until the North agreed to open negotiations on ending its nuclear program.” – Military Times, Feb. 10

Oh!  Israel vs. Iran and pretty much the entire Middle East…

Israel Hits Back at Iran and Syria as Border Region Boils… “Israel launched attacks on Iranian and Syrian positions after it said Iran sent a military drone into its airspace Saturday, raising the prospect of further escalation over the Islamic Republic’s growing presence in Syria.” – Bloomberg, Feb. 10

Israel warns over Iran’s presence in Syria after air strikes… “We inflicted on Saturday a heavy blow to Iranian and Syrian forces… We made clear to everyone that our rules of engagement will not change in any way. We will continue to harm anyone who tries to harm us. This was our policy and this will remain our policy.” – AFP, Feb. 11

The open war with Iran has begun… “The ‘Shadow War’ between Israel and Iran has been going on for years, bringing us closer and closer to today’s events and what is to come.” – Jerusalem Post, Feb. 11

Operations in Syria and Iraq against ISIS are winding down, but tensions in Syria and around its borders have ticked up over recent weeks. Turkey is invading the northeast and bombing the Kurds where U.S. troops are stationed.  That is creating stress among NATO members, as Turkey is a member, not to mention how the Russians play into that risk scenario.

There are numerous flash points across the globe that could be highlighted, and yes, they are and will have consequences on our economy and pocketbooks.  Underlying it all, a trade war is brewing.  Anyone who claims to know exactly how it will all play out most likely doesn’t have your best interest in mind.  The complexity of a globally-integrated economic system is huge, and it’s extremely difficult to predict specific impacts to your finances during 2018 and beyond.

While contemplating how to diversify a portfolio in the current environment, it is worth considering a percentage in the aerospace and defense industry sector due to the huge influx into the budget last week.  Those stocks usually even perform well in times of “peace,” as defense spending rarely drops.  Core stocks in the sector have had quite a run since 2013 and are currently caught in the downwind of the stock market sell-off infiltrated by mindless automated trading platforms.  I suspect the downside within the defense industry sector is temporary, and it’s a good time to do your due diligence and be ready for any BTFD opportunities as they present themselves in the sector.

The geopolitical party is just getting started and will likely escalate post-Olympics into early spring.  Not to mention that we have our own economic and political issues rising to the forefront.  SHTF triggers are abound.

To get you started on the defense sector side of the market, here are a few articles to peruse:

Here are a few stock charts to consider.  I’ve chosen these based on research, and they’re included in the above articles and provide ample liquidity for any trade opportunities.  It appears that large shipbuilding and ground vehicle supply will be a large part of the build-up, but you obviously don’t want to discount the aerospace and aircraft industry just because they’re not included.

I will not go into a written technical analysis of the charts today, as they are clean and self-explanatory, with resistance and support levels.  The studies are a bit skewed due to the violent market swings, but the trendlines, Fibonacci levels, moving averages, and StochRSI are trustworthy. If you decide to take any positions, watch the charts for a while first as the current market mayhem shakes itself out, then decide on an entry point within any pullback that provides a low-risk, high-reward trading plan.

As always, to view a larger version of any chart, right-click on it and choose your “view image” option.

General Dynamics ($GD) for shipbuilding.  Here are the monthly and daily charts: 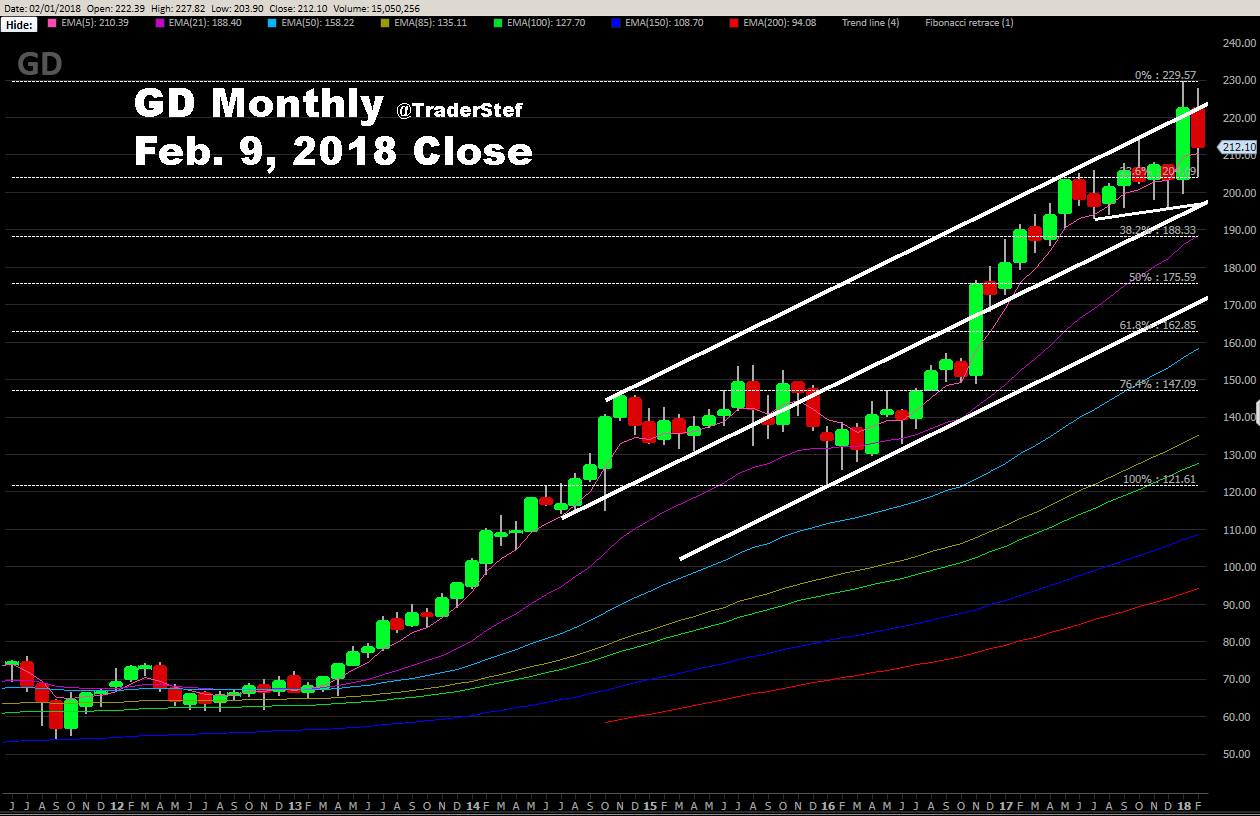 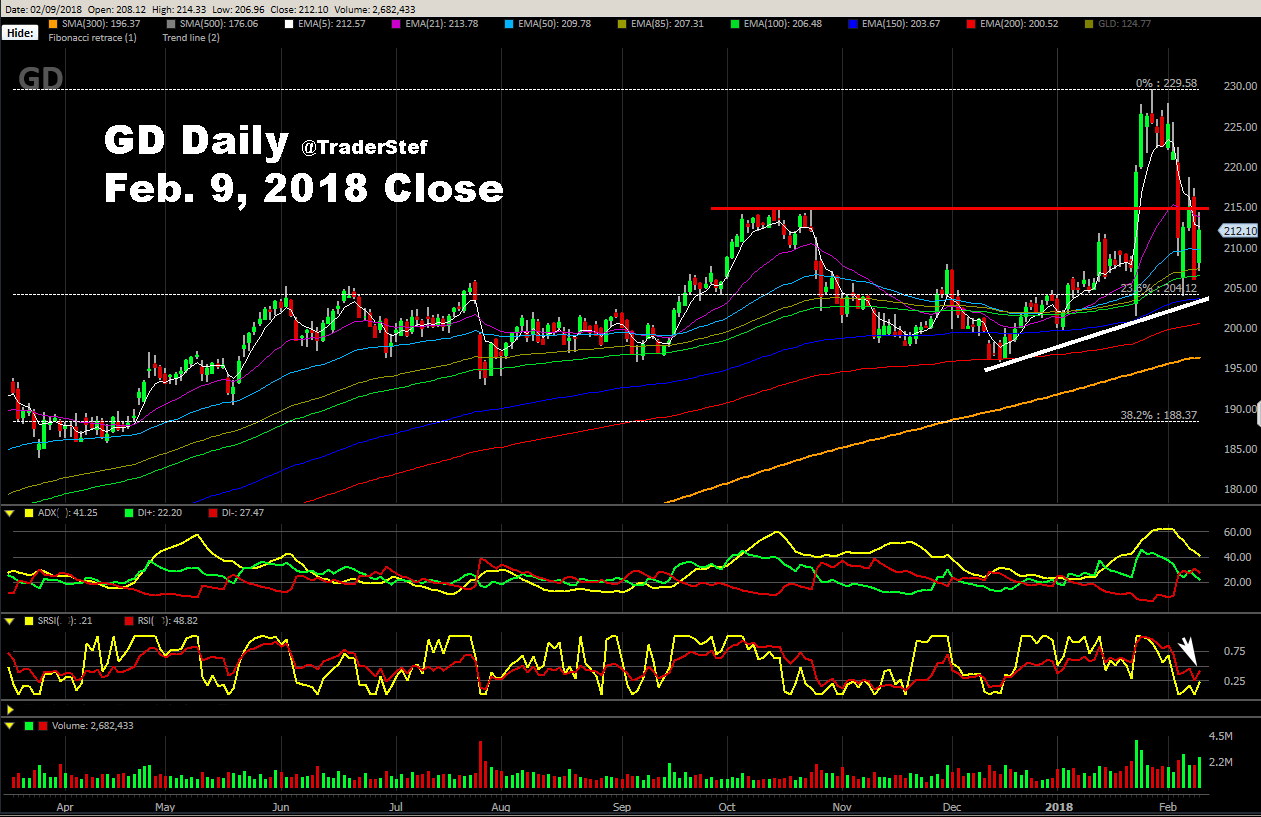 Oshkosh ($OSK) for tactical vehicles.  Here are the monthly and daily charts: 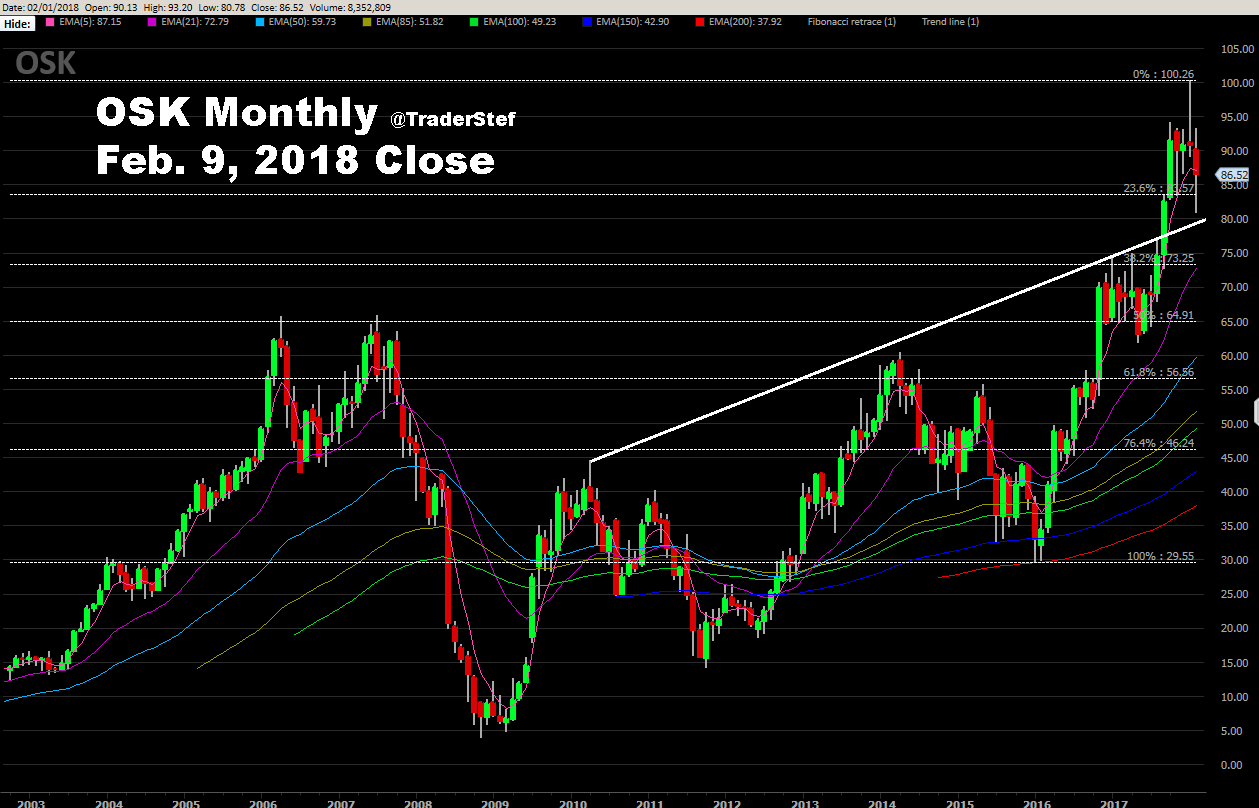 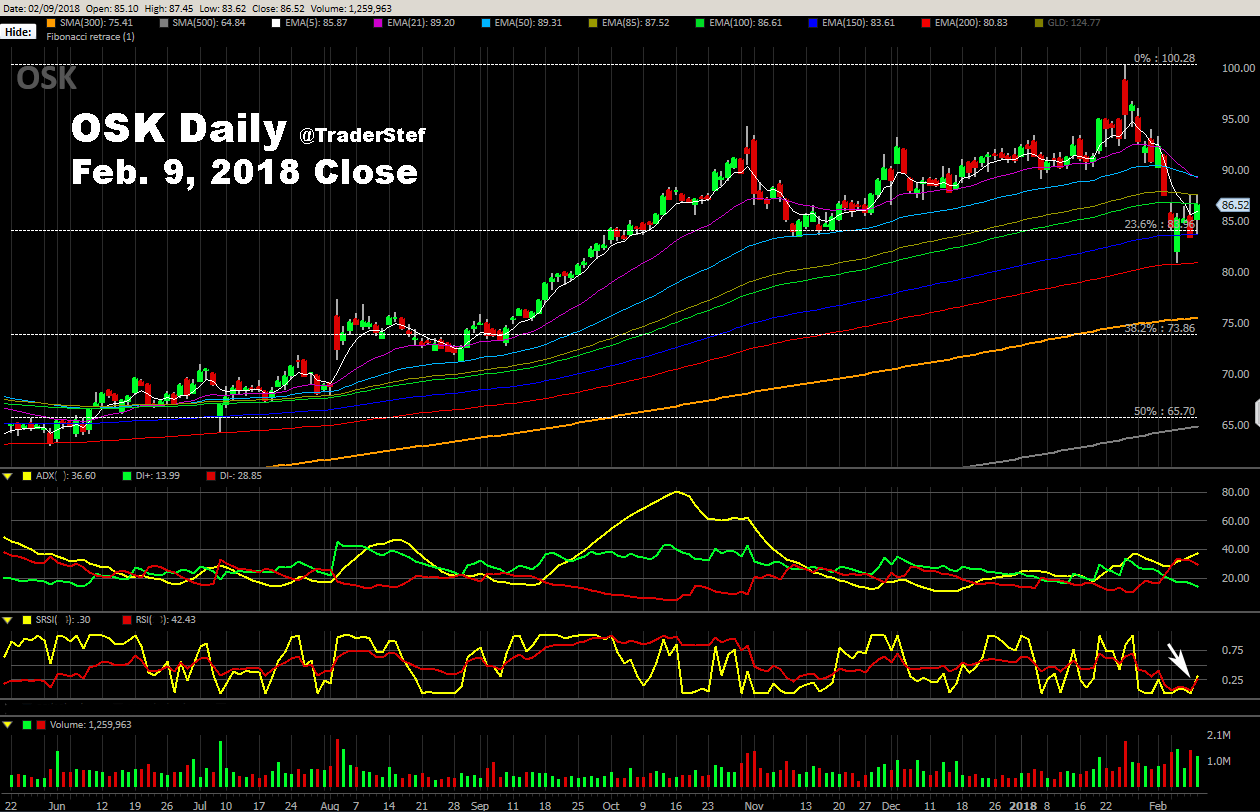 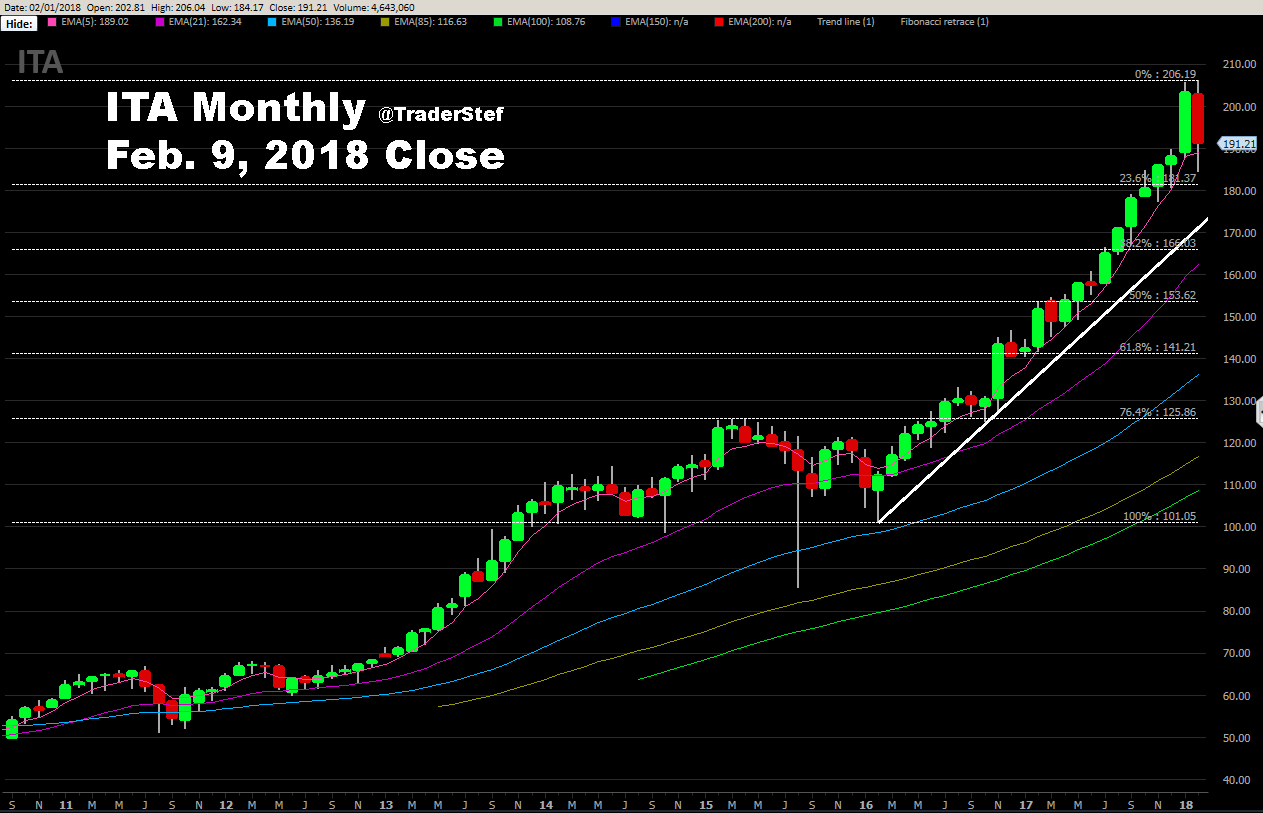 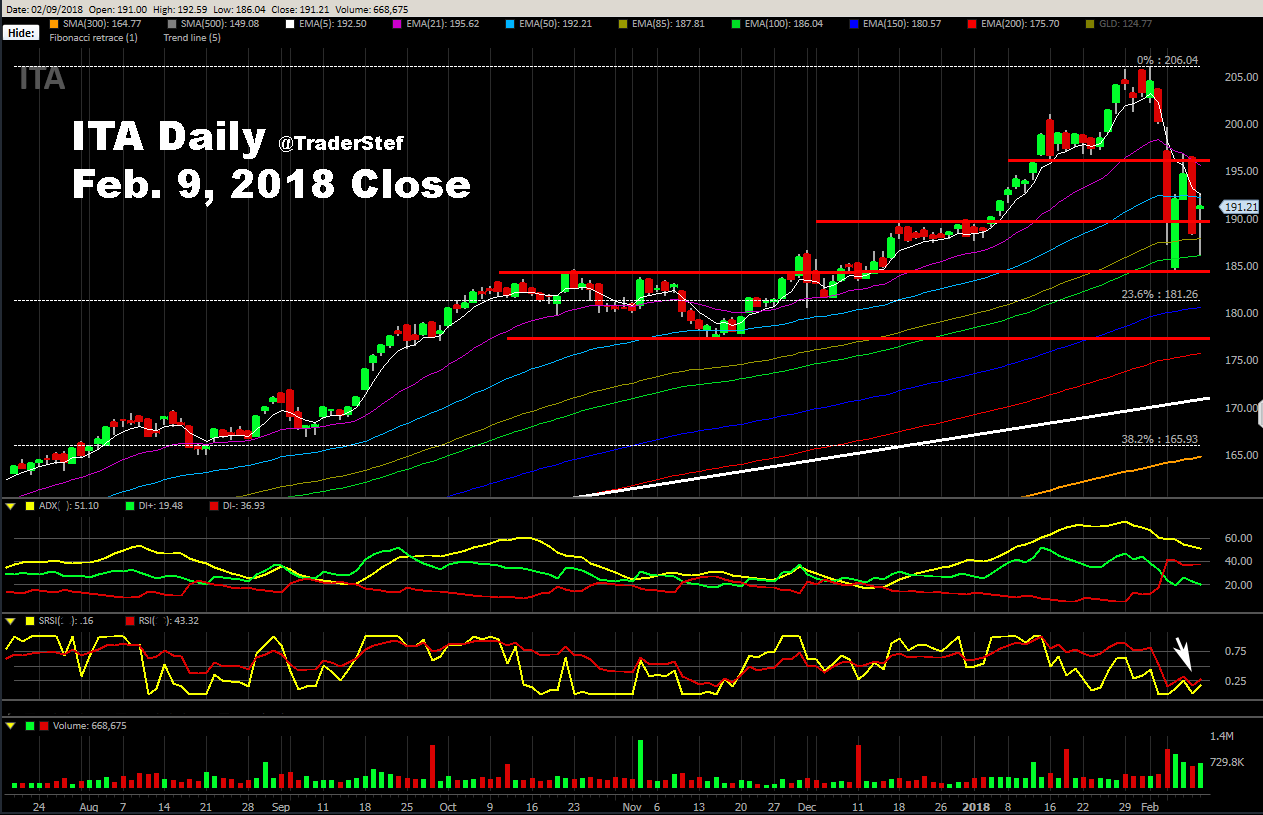