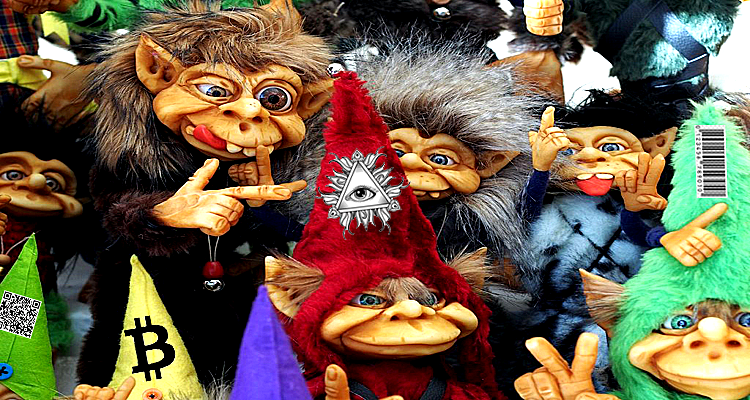 “The Bitcoin Crypto-Coaster Ride – Technical Analysis” Part 1 published on May 24, 2018 and Part 2 published on Nov. 24, 2018 began with the following quote, and today is no different:

“There will be no financial press, fundamentals, cryptophant community opinions, or geopolitical fodder provided here today, but only basic technical analysis.”

I published a weekly chart utilizing a data feed from Bitfinex on the morning of Nov. 2, 2015 when Bitcoin broke out into a secular bull run following its primary bull accumulation phase. At that time, the Bitfinex platform had the highest trading volumes among the available exchanges. As of today, BitMEX is the leader of the pack, and I will use their data feed for today’s charts. To view a larger version of any chart, right-click on it and choose your “view image” option.

“For the bitcoin fans, the beginning of a breakout, weekly chart this morning w/ Fibonacci & trendline.” – @TraderStef, Nov. 2, 2015 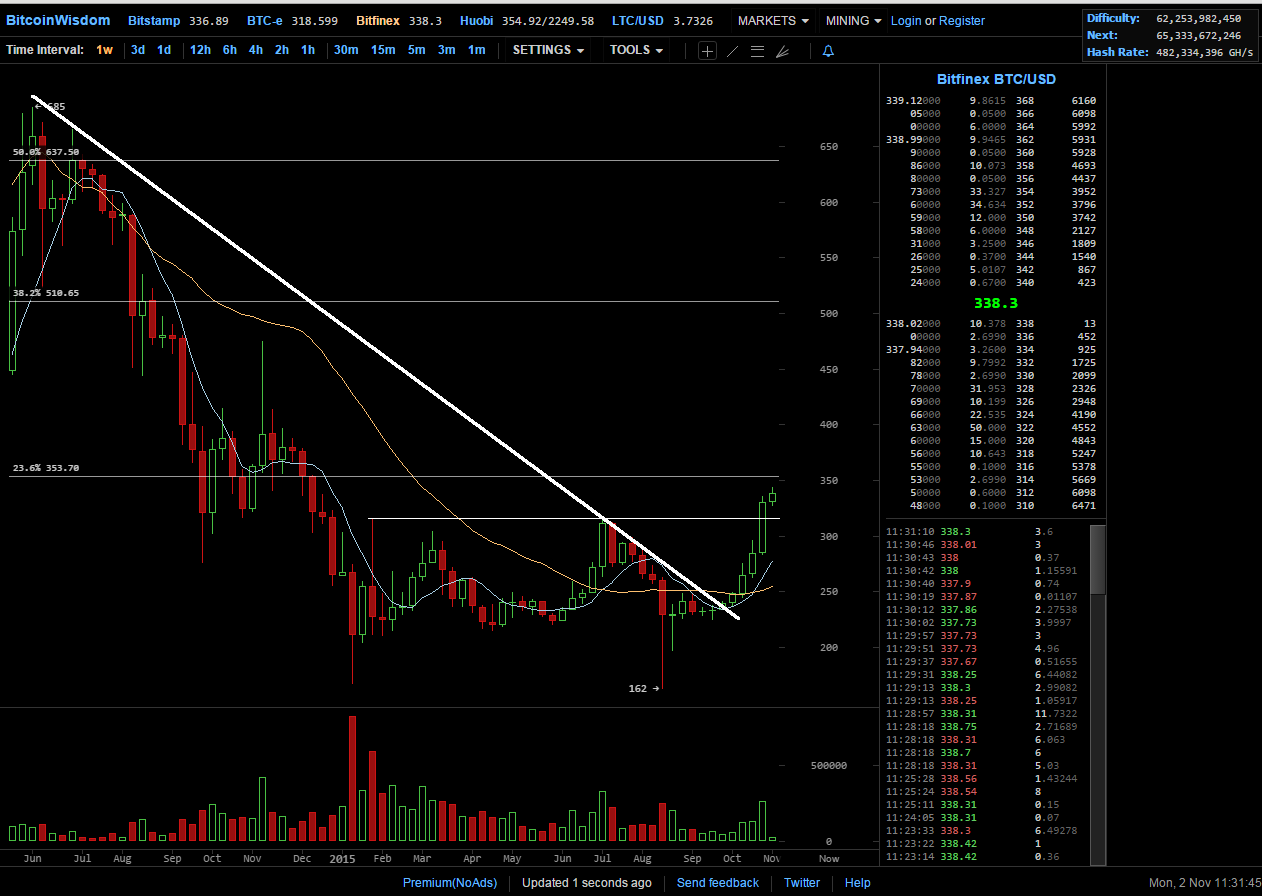 A bear market in Bitcoin was clearly on the table following a massive Plunger Candle (aka Shooting Star) print at the $20k high in Dec. 2017. You cannot argue with the numbers and the charts. There were numerous prognosticators pitching the “buy now” dreams for a rally to $28,000 or $1,000,000 at every price wiggle along the 85% plunge in price. If you believe a retest of $20k is inevitable or a moonshot off the $3,121 low is a certainty, then waiting through a few thousand dollars for a low-risk entry should not be a problem. Do not fall prey to FOMO amateurs, buying tops, selling bottoms, sweating bullets through volatile new cycles, and unnecessary emotional roller coaster rides. There will always be another bus, so just be patient for the right setup to present itself for layering long-term core positions or sweet spot momo play opportunities that seasoned traders and hedge funds live for. The following chart and commentary wrapped up my analyses in Part 2: 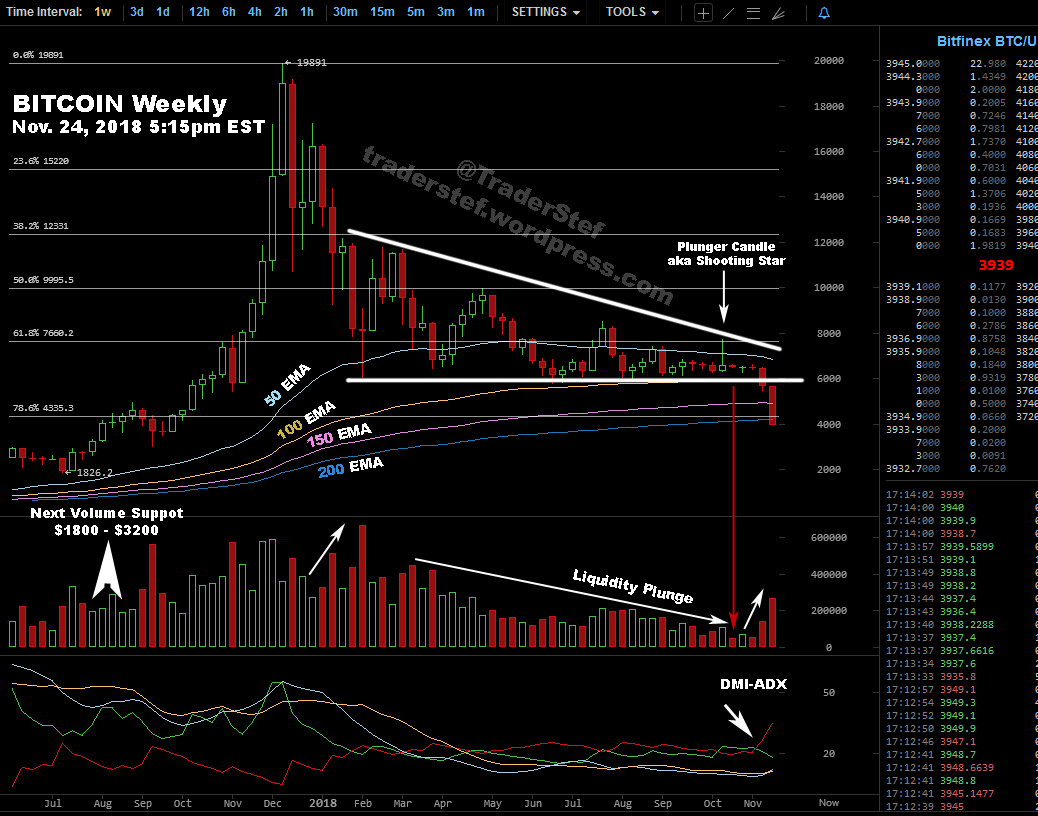 “What prompted my Oct. 29 heads-up on Twitter was a collapse in volume along with a sell candle that followed the Plunger Candle. Last week the Descending Triangle’s lower trendline was decisively breached with a $5,432 low. The price fall was unabated throughout Thanksgiving week and a low of $3,812 has printed as I type this. Sell volume is rising along with a fall in price which is indicative of downside strength. All Exponential Moving Averages (EMA) are history, the 78.6% Fibonacci retrace level is breached, and the DMI-ADX is forming a negative Alligator Tongue that reinforces the downside trend. The remaining support levels are at laterals that coincide with buy volumes in the distant past. Next support chimes in between $1,800 and $3,200. The 200 Simple Moving Average (SMA) is currently sitting at $3,100 on the FOREX chart. Severe technical damage has occurred with a potential for further downside. This is not a time to catch a falling knife and be a gambling hero. If you are adamant about bitcoin and were savvy about taking profits off the table on price strength months ago, wait until a well defined uptrend comes into view. Ignore the bottom callers and focus on the charts.”

I have published numerous charts on Twitter since Nov. 2018. This weekly chart from Mar. 29, 2019 is a good lead-in for today’s technical analysis: 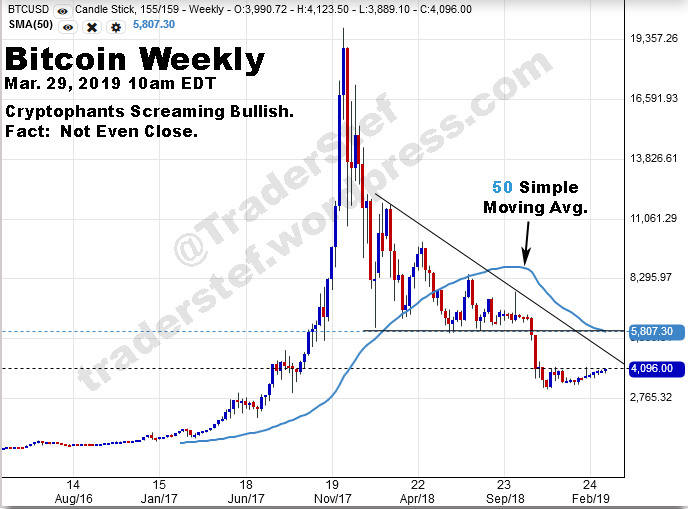 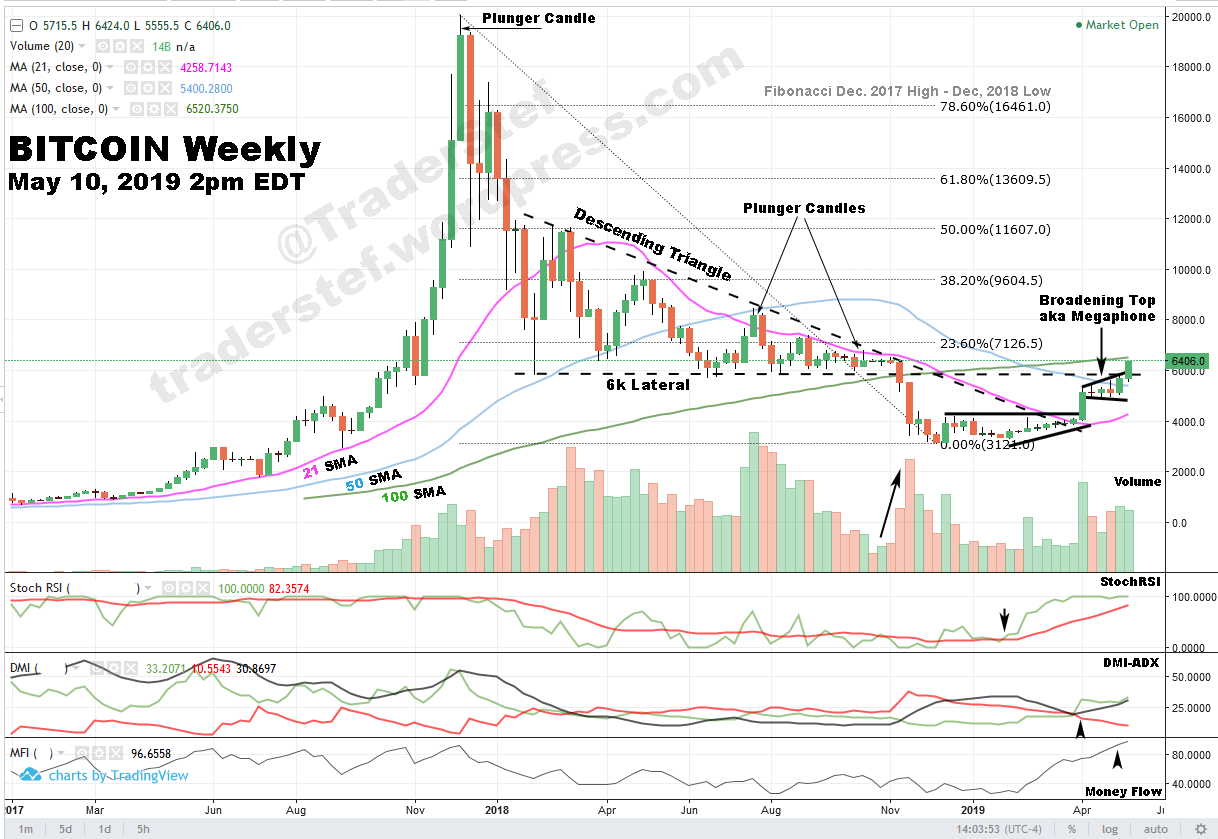 Technical damage due to sell-side capitulation following a liquidity crunch at the $6,000 lower lateral of a Descending Triangle is nearing repair. The price has rallied 100% off the $3,121 low but significant overhead resistance remains. The bullish case includes an overhead 50 SMA taken out last week and the $6,000 lateral resistance taken out this week along with the topside trendline of a Broadening Top pattern. The volume on the buy side is solid and the DMI-ADX is positive with an Alligator Tongue setup. The negative includes a StochRSI and Money Flow in overbought territory, the 100 SMA overhead resistance has not been challenged, and the price action has not reached $7,126, which is the first Fibonacci retrace level at 23.6% drawn down from the 2017 high. 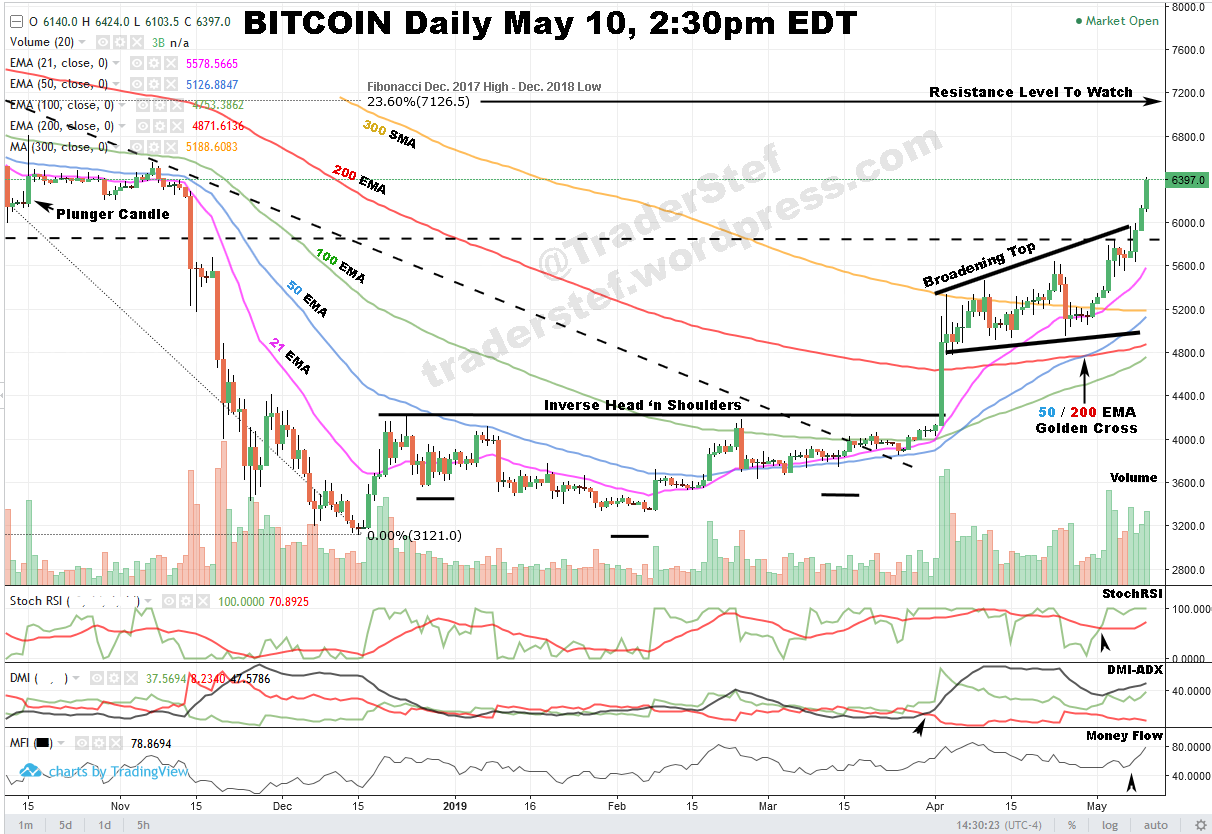 When drilling down into the daily price action, there is a bullish Inverse Head ‘n Shoulders pattern that formed following a pivot off the $3,121 low. The bullish case includes the 50 SMA left in the dust, solid buy volume and price action as the Inverse Head ‘n Shoulders Neckline was taken out, a 50/200 SMA Golden Cross, a decisive breach of the overhead 300 SMA on volume, a breakaway from the Broadening Top, and the DMI-ADX remains positive after its Alligator Tongue setup. The negative includes a StochRSI and Money Flow in overbought territory and the 23.6% Fibonacci retrace level that remains elusive.

I cannot make a long-term bullish call until the overhead 23.6% Fibonacci level is left in the dust on price and volume with conviction. Be prepared for a possible price rollback if $7,126 is challenged with a falling volume pattern.

An ongoing post of Bitcoin charts and commentary since Nov. 2015 is located at my Bitcoin portfolio project. 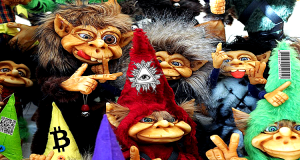