The Nail in the Coffin!

***Before I get into the meat of this email, lets take a look at silver… I have been pounding the table on the inevitability of silver moving based on its lack of movement in relation to gold. In fact, my last address to everyone was all about this.

But take a look at what is happening right now:

Gold is essentially flat and silver is up almost 2%… This is the sort of trading I expect as silver catches up to gold.

Remember, silver during the last bull market rose 245% while gold rose 98% in that same amount of time. Do not, discount the moves that we are seeing in silver.

The Ultimate Tipping Point for Complete and Rampant Government Self-Sabotage

As we are well aware of here at CrushTheStreet.com, governments are inherently self-destructive. Similar to someone gorging themselves to death or a snake eating its own tail is the sustainability of an ever increasing and ridiculously bloated government that are all historically destined to fail.

Take a look at what happens to sectors when government gets its clumsy hands on it: 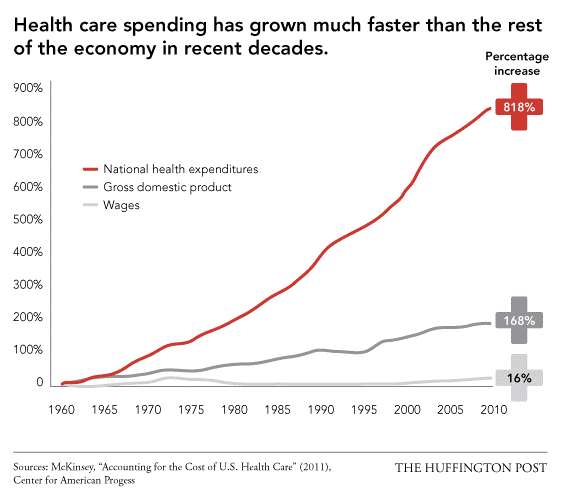 In a world of an oversupply of education, the government has managed to maintain record prices in the arena of conventional education: 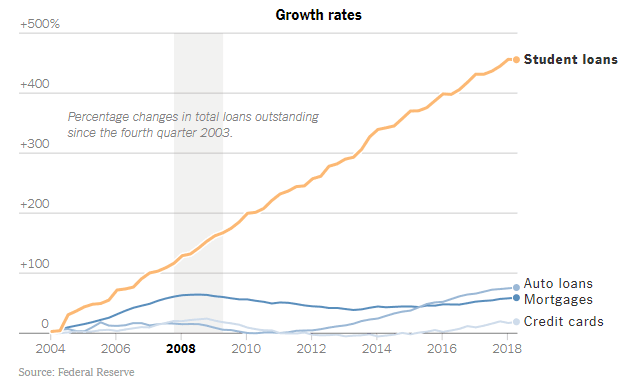 The result of government propagates across everything it touches.

Government expansion is like water flowing downhill due to gravity. Trying to limit government is defying gravity and forcing water back uphill in the reverse direction.

After all, government programs just sound so good that it’s nearly impossible to protest them after hearing what they are called.

And unfortunately, whatever the government calls something, usually the opposite happens… Look at how successful the War on Drugs has been.

And on the surface level, how could you possibly be against people earning a significant enough salary that you wouldn’t support a minimum wage?

In 2018, it’s going even further than just big government supporters simply fighting for a minimum wage, but get this: universal basic income is becoming a widely-discussed societal plan.

Stockton, California is already experimenting with residents of the city by giving them $500 per month as a basic income to see if this test holds up and proves to be beneficial. I can tell you right off the bat that this is going to create an environment that rewards unproductive behavior and gets in the way of innovation and investment of time, talent, and treasure.

It’s hard to illustrate to people that can’t see beyond immediate gratification why something for nothing is a fundamentally bad idea, but I love this comic and I think it does a good job of capturing the essence of why it just doesn’t work. 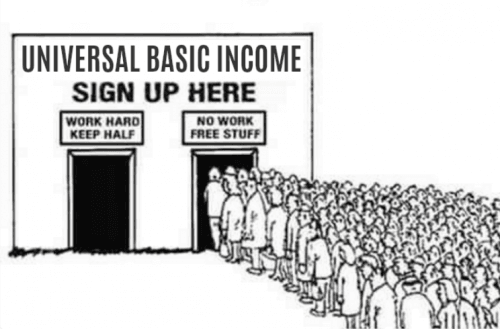 UBI is the next major big government climax that will get force-fed to the people. And unfortunately, the poorer people get, the more likely they are to subject themselves to what is really slavery to the state.

The sad thing is the more people subject themselves to the state, the less creative we become as a country, and ingenuity and creativity get stifled.

We already know whatever the government promises to people is going to greatly lag the cost of living. Consider that since 2000, Social Security benefits in terms of purchasing power are down by 30%.

But just like gravity, this is a big government idea that I expect to ultimately be implemented, and it will likely be the “solution” to high unemployment and job displacement by A.I. that is on the horizon.

Ray Dalio’s Bridgewater estimates that UBI would cost the U.S. up to $3.8 trillion per year to implement, coming out to $12,000 for every citizen per year. And that’s not even counting the likelihood of driving out productive businesses and contributing individuals that will relocate to areas where capital is being respected to a higher degree.

Having said all of this, do not be discouraged by things you cannot control. I would rather you be aware that these things are coming and deal with these problems by making more money and rising above these circumstances.

The state is degenerative, big government policies are infectious, and I can bet without a shadow of a doubt that UBI is coming. I will encourage you to use this information as fuel to rise and overcome.

UBI will, without a doubt, be the final nail in the proverbial coffin and even more of a reason to own gold and silver.