A quiet and scarcely reported sector of the economy is the uranium market, which has been depressed for many years now. Few people, including economists, pay much attention to this significant fuel source – but the White House is paying attention and could be providing a much-needed boost to the ailing industry.

Much of the trouble started when there was a meltdown at the Fukushima Daiichi nuclear-power facility in northeastern Japan. The meltdown followed a massive earthquake and tsunami in March of 2011 and marked is the worst nuclear disaster since the Chernobyl disaster in 1986.

Since 2011 the spot price of uranium has plummeted from around $75 per ounce to $25. Also during that time, America has largely stayed out of the market as the U.S. Energy Information Administration reports that U.S. uranium production has declined by 96% during the last five years.

The long-lasting uranium bear market is an interesting anomaly since the need for uranium hasn’t gone away and won’t for the foreseeable future. Uranium is essential as a nuclear fuel that’s used to generate electricity in nuclear power stations, and it’s also needed to power the military’s nuclear weapons and submarines.

A report by the World Nuclear Association projects robust demand for nuclear energy through 2040 at least, but it also observes production issues: “The currently depressed uranium market has caused not only a sharp decrease in uranium exploration activities… but also the curtailment of uranium production at existing mines.”

Looking at this objectively, I think it’s fair to conclude that this is a crisis in the making. The American nuclear industry needs support – and this may be coming just in the nick of time as the White House has proposed a large-scale intervention.

The White House’s proposed budget for fiscal-year 2021 sums up how pressing the nuclear issue has become, declaring, “[T]he United States uranium industry faces significant challenges in producing uranium domestically and that this is an issue of national security.”

In response, the budget proposal includes a provision for “$1.2 billion for R&D and other important nuclear energy programs.” There isn’t a great deal of detail provided yet, but the budget proposal does establish “a Uranium Reserve for the United States to provide additional assurances of availability of uranium in the event of a market disruption.”

Furthermore, U.S. Secretary of Energy Dan Brouillette did fill in some of the informational gaps, stating that if the budget is approved by the U.S. Congress, the funds would commence the process of purchasing uranium. Brouillette also asserted that the budget represents “the very first step that we will take to put the United States back into this competitive [nuclear-energy] game.” 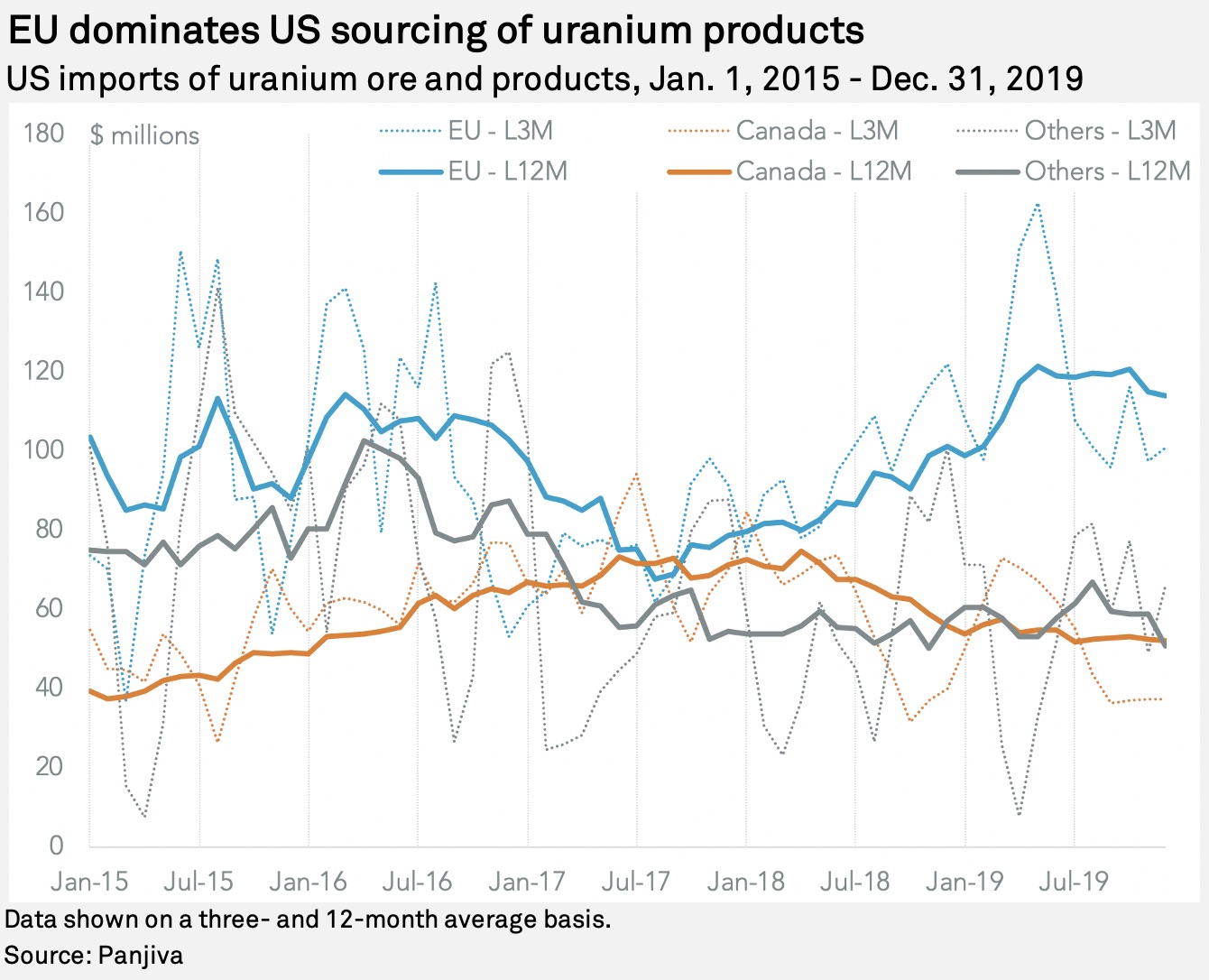 The White House’s proposal is squarely in line with the Department of Energy’s Office of Nuclear Energy’s request, which calls for “$150 million to set up a uranium reserve to further protect the nation’s energy security interests.” The White House’s budget for the next decade would, in fact, allow for $150 million in nuclear-sector spending per year.

There are two sides to every issue, and not everyone is entirely enthusiastic about the proposal. For example, Katie Tubb, a senior energy policy analyst at the Washington Heritage Foundation, opines, “It’s not the responsibility of the taxpayer to bail out an industry, whether that’s uranium, solar, coal, what have you.”

In contrast, Senate Environment and Public Works Committee Chairman John Barrasso fully backs the proposal, saying, “The United States should not be dependent on foreign imports of uranium. It is a risk to our national security.”

Commentators may disagree, but it seems imperative that something be done to bolster the American nuclear industry. As reported by the Energy Information Administration, production from U.S. uranium mines has absolutely plummeted from 4.9 million pounds in 2014 to a mere 174,000 pounds in 2019.

Whether the “nuclear option” proposed in the White House’s budget ever sees the light of day is up to the U.S. Congress at this point. The outcome will be pivotal in determining whether the nation will, or even can, play a material role in the global nuclear marketplace.