The One Chart that Saved the American Household

In my last article, I displayed the following chart to demonstrate how, when government meddles the least, the economy does well. The chart is on inflation in the United States from 1997 to 2017 and it is in some ways quite shocking, just look: 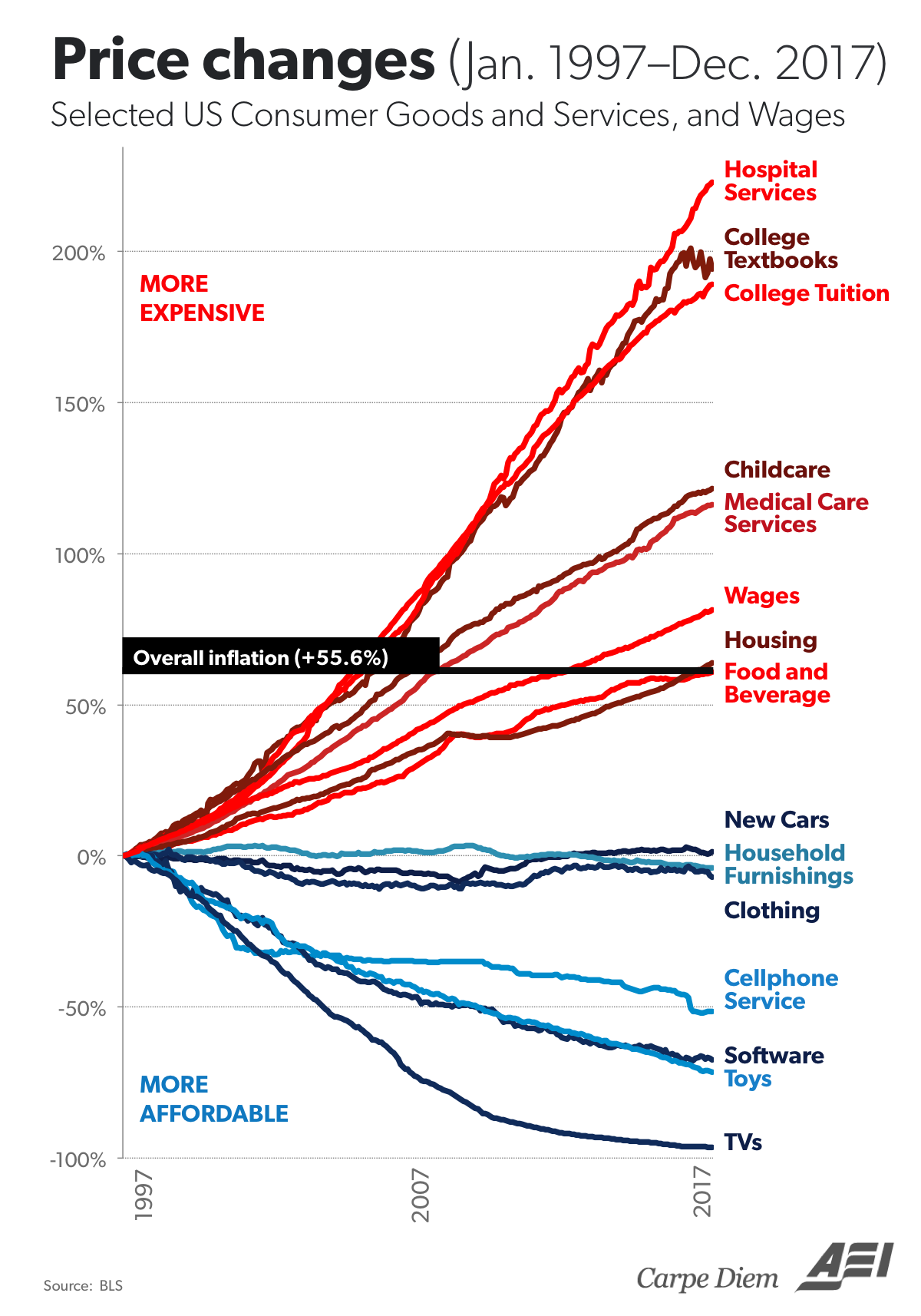 The image, which sourced data from the BLS of all places, shows an astonishing increase in prices for hospital care over 200%, college tuition and textbooks; over 100% for childcare and over 50% for housing. This would seem to put to shame the lowball statistics for inflation year to year they call the CPI. But I just did a calculation showing $100 in December 2017 is the same as $64.54 in January 1997, a difference of over 50%; that compound interest you don’t want to play with buddy! 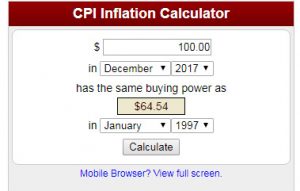 Inflation with Compound Interest will get you

[ShadowStats.com has an alternate CPI calculator by the way which shows alternate inflation numbers]

What is positive from the chart is obviously that cars, furniture and clothing is basically flat in price over the 20 years but cellphones and services, software, toys and electronics like Television monitors are actually down a tremendous amount. I wouldn’t put it past the BLS to exaggerate (for example that a 50″ HD TV at $300 is cheaper than a previous 50″ Standard Definition TV at $300 with less features, yes they actually do this thing called Hedonics or “quality adjustments”). I don’t discount them on adjusting as TV’s do do more things today than yesteryear. Cellphones are now mini super computers compared to just really long range cordless phones of the late 1990’s.

So basically, if you:

2. Don’t get sick and visit the hospital

You’re SET and actually experiences a complete RISE in your standard of living over the last 20 years.

Good news for us with #1 actually is that birthrates have been dropping. The Pacific Standard on January 11 said:

“The fertility rate in the United States has been falling for years, dipping so low that the nation’s population would be declining without immigration, according to a new report from the Centers for Disease Control and Prevention. This marks the seventh straight year that the fertility rate has dropped.”

And as for housing prices…home ownership is down from 70% in 2005 to 63% as millennials forgo buying a home and of those that do, apparently 63% have regrets anyway!

That tackles #1 & #3 having inflation affect Americans less, but surely medical care that will get those pesky millennials to feel the burn of inflation!

Well…not exactly. Many of us (myself included) are choosing not to see doctors when we’re sick…(Don’t Worry, we have Google to diagnose our conditions!)

“Millennials, the generation between the ages of 18 and 34, do not visit doctors the way other age groups typically do, a growing body of evidence shows. Not only do they forgo healthcare in favor of other priorities, when they do need medical attention, they turn to Google and WebMD before visiting actual doctors, whom they are less like to visit repeatedly or regularly. “

And 93% do not schedule preventative physician visits. Of course, the cost to treat young people is much less than older people, but, this growing trend demonstrates the way people are avoiding the rising costs of being an American so they, as one could argue, can feel they’re living a higher standard of living, and I would agree. Unfortunately they’re also putting off care compared to older people, but hey, they got their youth right?! But a good point out of all of this to combat the rising prices is that “They are not afraid to ask their doctors for discounts or to question whether or not there is a less expensive alternative to what their doctor is suggesting.” (HealthInformatics.uic.edu)

Now on food, apparently the trend is actually stuffing ourselves less with processed food and less in general! “Less food is in” says FoodBeast.

To conclude, I think I’ve just demonstrated how the Americans have saved themselves inside this rough economy. I definitely am of the opinion that bigger government, more regulations and taxes have caused such inflation (of which as I’ve shown we’re changing habits to avoid), which makes me grateful for the current White House’s plans to cut $18 billion (or more) worth of regulations in fiscal year 2019. I applaud the administration for focusing on the “war on regulations” as opposed to other wars. If you don’t like “Trump,” maybe you can say I don’t follow politics closely enough anymore or I’m just an incredible optimist, but good news is good news in the struggle for more freedom and smaller government. 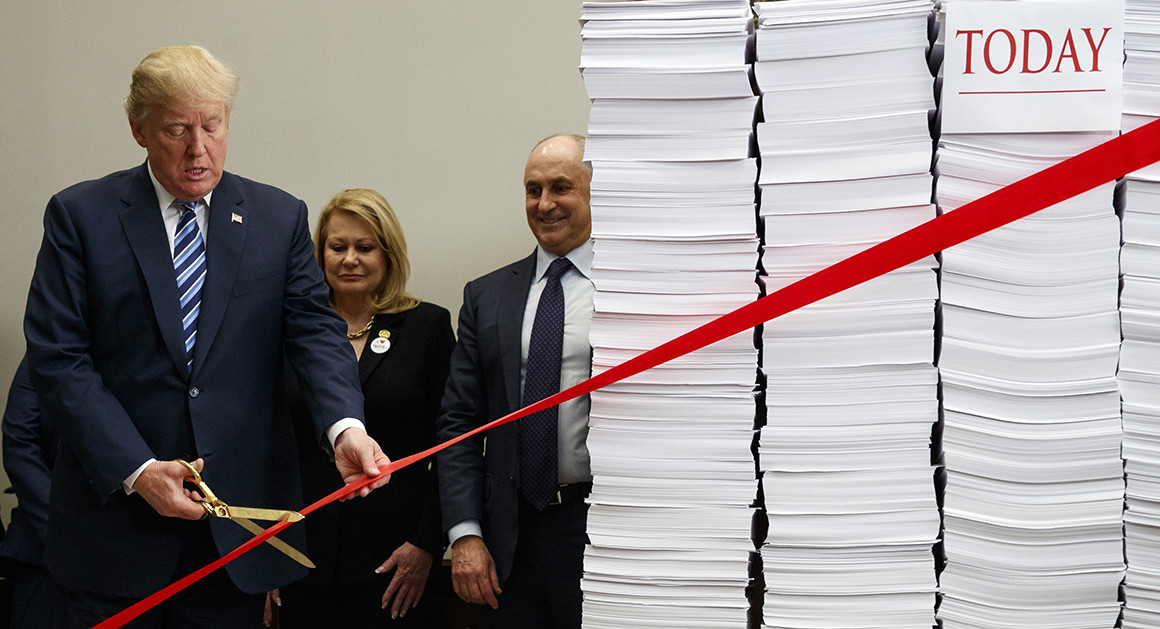 Wrapping it up to where we started, our culture is definitely more entertainment oriented these days with video games, unlimited movies and shows for $10 a month on Netflix and the like, ever smarter screens and personal devices in an ever connected world…Americans are seeing technology cheapen and they’re buying. Thus that chart above and these figures and statistics I’ve presented I argue completely demonstrate how the American Household has survived the inflation of recent times by altering habits, adapting as humans do so greatly.