The Ultimate Irony: Federal Reserve Warns Us about Mounting Debt

As we transition into a new decade, hypocrisy and finger-pointing have reached new levels at the U.S. Federal Reserve. The government entity that has largely been responsible for mounting America’s sovereign debt is now pontificating to businesses and individuals about excessive debt and leverage.

The irony runs deep as the greatest perpetrator is lecturing us all about incurring debt and risk. Remember, the same Federal Reserve that supposedly “provides the nation with a safe, flexible, and stable monetary and financial system” has practically forced retirement investors out of bonds (which yield less than the rate of inflation) and into risky, expensive stock-market index funds.

This is the same central bank that denied it’s starting a new round of quantitative easing, all while expanding its balance sheet by $400 billion within four months (that’s more than QE 1, 2, or 3). They’re continuing to buy bonds from banks at a rate of $100 billion per month and have plans to persist with this “not QE” bond-buying program through April (but don’t be shocked if they continue after that).

Moreover, the U.S. Federal Reserve’s consistent slashing of the federal funds rate – three consecutive interest-rate cuts in 2019 and no plans to hike rates in 2020 – is what encouraged corporations and individuals to borrow and rack up debt in the first place. By suppressing the interest rates to be paid on debts, the Fed has become the most egregious enabler and abettor. 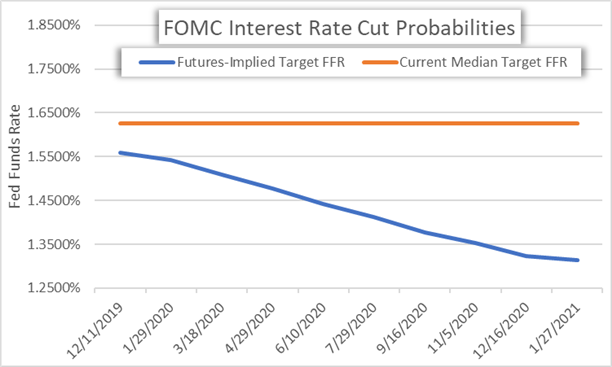 It’s because of the Fed’s relentless liquidity injections that your dollar’s purchasing power is being gutted, so you’re basically forced to invest in something just to keep up with inflation. And it’s because of the Fed’s yield-suppression tactics that you can’t just park your nest egg in bonds or a savings account and expect to keep up with inflation.

Worst of all, the Federal Reserve’s incessant fiat-money printing and encouragement of borrowing through suppressed interest rates has led to unprecedented levels of borrowing and debt accumulation. This includes the $23 trillion in government debt, but businesses and households have also incurred alarming amounts of unsustainable debt.

Instead of apologizing or admitting its contributory role, the Federal Reserve is choosing to lecture and pontificate. They’re telling us that “Yields on longer-dated Treasury securities are at their lowest levels in decades,” as if that happened magically and not by their own hand.

Then the Fed declares that “Valuation pressures remain elevated in some markets” and “Equity prices relative to forecast earnings remain above their long-run median,” again as if they hadn’t contributed to this problem. If the Federal Reserve hadn’t embarked on QE rounds 1 through 3 and now 4 (irrespective of their denials), stock-market index funds might actually reflect the health of the economy (or lack thereof).

The most maddening display of hypocrisy, however, is the Fed’s rebuke of businesses and households. They encouraged the populace to borrow for student loans and auto loans, and they made it easier than ever to run up credit-card debt – and now, they’re scolding us for borrowing.

What the Federal Reserve euphemistically refers to as “consumer credit” amounted to a staggering $4 trillion according to their own calculations (though I suspect it’s actually higher than that). As you can see in the chart shown above, the three main types of consumer debts are on the rise and there’s no reason to believe that this trend will reverse anytime soon.

The Fed is also happy to scold businesses for the borrowing they’ve been doing: “Borrowing by businesses is historically high relative to gross domestic product (GDP), with the most rapid increases in debt concentrated among the riskiest firms amid weak credit standards.”

In this vein, the Fed further warns that “A broad indicator of the leverage of businesses—the ratio of debt to assets for all publicly traded nonfinancial firms—is at its highest level in 20 years” and that “the leverage ratio among highly leveraged firms—defined as firms above the 75th percentile of the leverage distribution—is close to a historical high.”

As long as America’s central bank encourages risky behavior and debt-driven borrowing and spending, pressure will continue to mount at the national, corporate, and household levels. When this pressure will spill over to the equities markets is difficult to forecast, but believe me – it will happen.