Trust GONE: The Rebels are STIRRING!

In a characteristically prescient moment back in 1997, then-Representative Ron Paul dared to say on the House floor what no one else would: “Many Americans justifiably fear their own government.” It’s the word “justifiably” that made him feared by his colleagues in the government – and respected by true American patriots.

After all, this country was founded on rebels…

In 1997, the public’s trust in the American government was around 30 percent. That’s nothing to brag about, but it’s a whole lot better than where it stands today, at the record low of 17 percent: 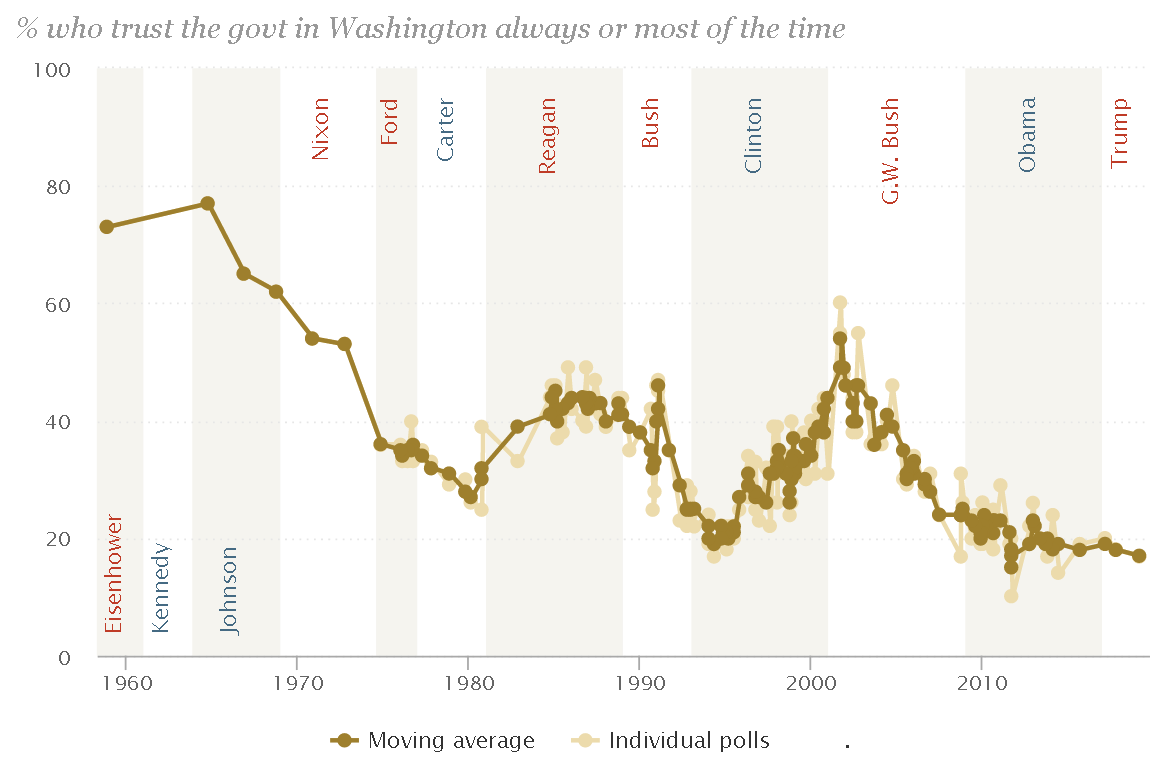 Through multiple generations and presidents, the citizenry has lost the ability to view the American government as “by the people, for the people.” It took nothing less than a terrorist attack on American soil in 2001 to muster up trust in the government, and that enthusiasm was short-lived.

Much of this is rooted in the government’s and particular the Federal Reserve’s war against the middle class, which has been going on for decades. Big banks and Wall Street fat cats have received plenty of bailouts while Main Street Americans have had to fight over the scraps, widening the division between the haves and the have-nots in what’s supposed to be the world’s wealthiest nation.

Sure, we have a stock market that’s 300 percent higher than it was in March of 2009, but it’s mostly the wealthy who have benefited from the asset bubble. Meanwhile, 55 percent of Americans – and 63 percent of American children – live in what’s known as “asset poverty,” meaning that they have zero or very few assets available to cover a financial emergency.

Hardworking Americans can’t even afford to pay their rent anymore, as the average U.S. renter’s hourly wage is $1.08 less than the wage required for a one-bedroom rental and $5.39 less than a two-bedroom rental. To put it another way, an average American renter would need to work a 52-hour work week just to pay the rent.

Of course, none of this affects the ultra-wealthy in America, who have made out like a bandit since the 2008 financial crisis and bailouts: 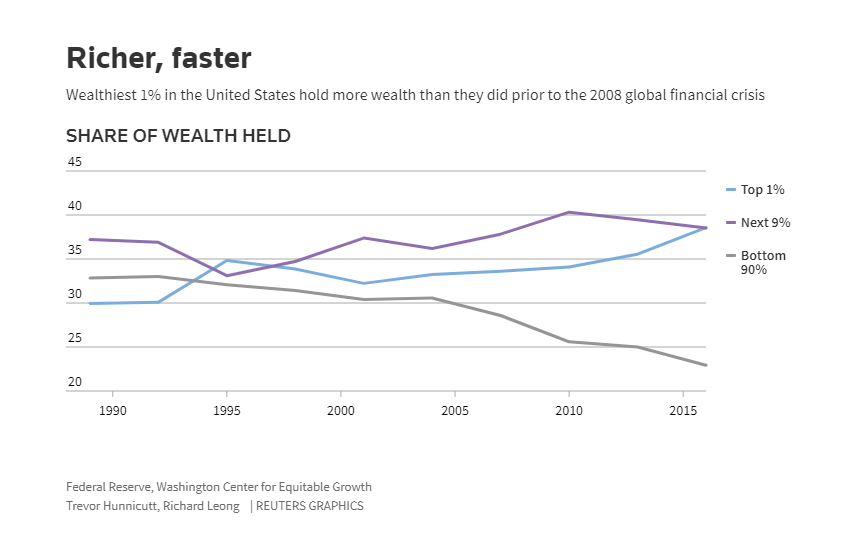 American workers are also seeing their jobs lost to automation, with literally half of U.S. companies expecting to reduce their workforce – some of them by 20 percent or more – due to the efficiency and cost-effectiveness afforded by advanced robotics.

This is devastating to American workers but hasn’t impacted Wall Street, central bankers, or the elected officials on either side of the political aisle – they’re doing just fine in a nation that’s $22 trillion in debt and growing by the minute and no sign that the government will curb its spending habits anytime soon.

But just because we live in a debtor nation, doesn’t mean that you have to contribute to that problem. Preparation and self-protection means taking care of yourself because we certainly can’t count on the government to take care of us.

And like it or not, that means doing what the wealthy do: defer gratification and buy assets that will appreciate in value (gold, silver, stocks, and possibly Bitcoin) instead of unnecessary goods that depreciate in value (expensive sneakers, jewelry, the latest electronic gadgets).

Just as importantly, avoid the automation trap by developing competitive advantages. If your job involves routine manual activities (such as loading and unloading machines), refocus and develop advanced skills, technical capabilities, and soft skills (such as the ability to take initiative) which will serve you well in the new economy.

You don’t have to be another statistic in a jaded, divided nation. By choosing a purposeful existence over instant gratification, you can rise above a reckless, wasteful government – giving America back to the people, not the politicians.