These two gentlemen know a thing or two about the markets: Dalio predicted the global financial crisis in 2007, while Jones called the stock market crash of 1987 soon before it happened. To this day, both of these men are esteemed as financial seers for their ability to see trouble brewing before it transpires.

Now that the major U.S. stock market indexes are experiencing their longest bull market since World War II, it’s easy for investors to become complacent; people are getting used to the idea that the market won’t go down or even can’t go down for any length of time. And with the S&P 500 tripling in value since bottoming during the financial crisis, it can’t be denied that long-only investors in blue-chip stocks have fared well thus far.

But that doesn’t mean it will always be this way. Dalio acknowledges that unusually low Treasury interest rates engineered by the U.S. Federal Reserve have created an environment in which savers, investors, and retirees were compelled to jump into stocks in order to get any yield at all. 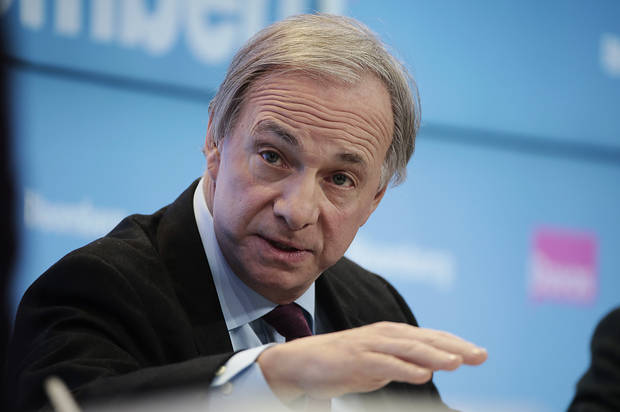 That, according to Ray Dalio, is “what caused the market to go up”: artificially low bond interest rates have created an incentive for people “to borrow money and buy stocks.” Now, however, the Federal Reserve is seeking to raise interest rates: they have, in fact, increased rates three times this year and are very likely to hike them again by the end of the year.

What, then, will prop up the stock market with the protective “Fed put” being taken out of the equation? It’s a powder keg that’s ready to explode – as Dalio explains it, “The world by and large is leveraged long… When there is a downturn, I don’t think there’s much to protect investors.”

Dalio, I suspect, is being circumspect with his verbiage here; Paul Tudor Jones, in contrast, is much more direct with his words of warning. The man who saw what was coming in 1987 when hardly a bearish soul existed in the marketplace now sees a bad moon rising in global equities, and he’s not afraid to cry wolf while others drink the Kool-Aid of euphoria. 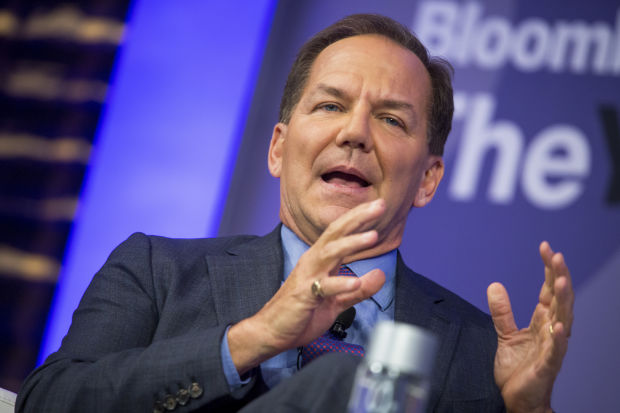 Little room for doubt exists in Jones’ choice of words: “From a 50,000-feet viewpoint, we’re probably in a global debt bubble.” As evidence of this, he points out that “global debt-to-GDP is at an all-time high.”

On that point no one can argue with Jones, as the debt-to-GDP ratio has reached new highs and has surpassed the 100% mark: 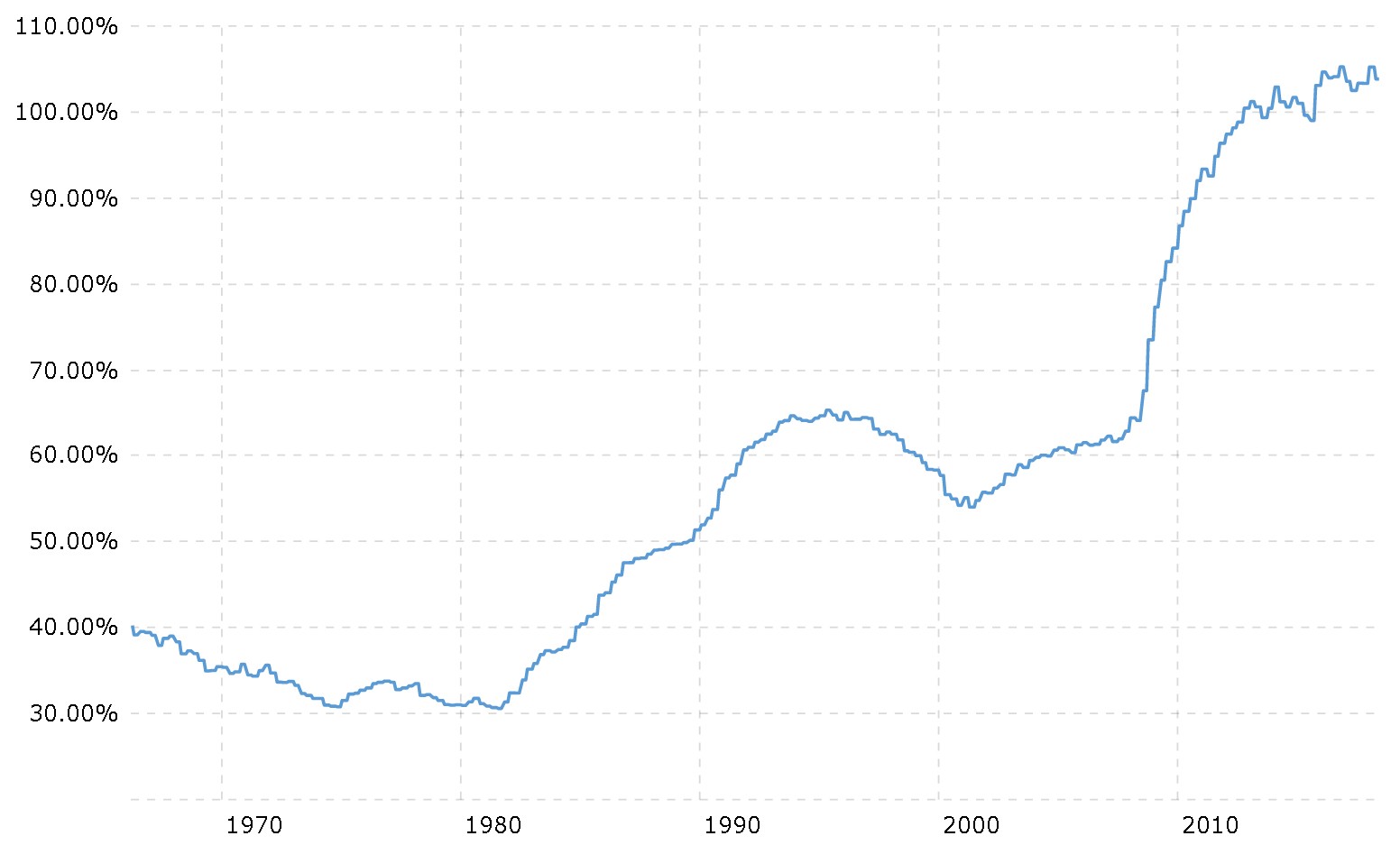 Jones added that “There probably will be some really scary moments with corporate credit” and that “zero rates and negative rates encourage excess lending. That’s, of course, why we’re in such a perilous time.” Moreover, Jones commented that stocks are probably in the 70th percentile of overvaluation.

Ray Dalio and Paul Tudor Jones don’t have a crystal ball, but they’re been spot-on with their bearish calls during times when the global equities markets seemed invincible. Now is the time to heed their warnings – and, if you’re overexposed, hedge accordingly.