What Will Happen to Cryptocurrencies When the Dollar Collapses?

Although the U.S. dollar has lost a major portion of its value over our lifetimes (and that’s true no matter what age you happen to be), a dead-cat bounce in 2018 may have lulled some currency speculators into a false sense of security. Furthermore, investors of Bitcoin and other cryptocurrencies might wonder if a strong dollar could weaken the value of their crypto holdings.

Practically all of the data I’ve seen in my research indicates very clearly that Bitcoin bulls have nothing to fear from the U.S. dollar; actually, it’s the dollar bulls who should be concerned. Even the big bankers are finally starting to concede that the dollar is very likely to deteriorate in value soon.

And Morgan Stanley isn’t the only big bank prognosticating a decline in the U.S. dollar: Goldman Sachs’ foreign-exchange strategy team has predicted that the dollar is approaching a peak, while Credit Agricole expects the dollar to weaker dollar after the Democrats take control of the House of Representatives. 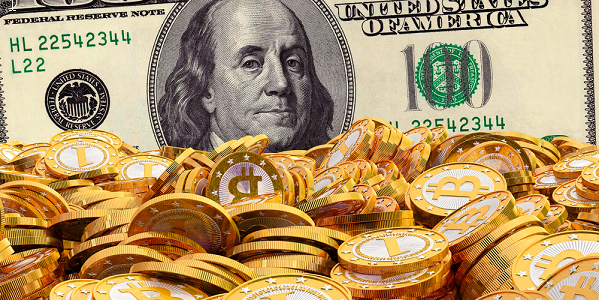 It doesn’t take a lot of digging to find the culprit: reckless governmental monetary policy and years of fiat currency printing. Mounting national debt and a government that refuses to enact a policy of discipline and belt tightening (for fear of slipping in polls and losing votes) has led to a decades-long game of “kick the can down the road” in which the constituents end up holding the bag, as always.

Want to take a peek into the future of the U.S. dollar? Check out the situation in Venezuela: the International Monetary Fund has projected that Venezuela’s inflation rate will reach one million percent this year. Or take a look at Zimbabwe, which recently suffered from an annual inflation rate of 348%, the 58th verified episode of hyperinflation on record.

Nothing like this will happen to cryptocurrencies with hard caps, such as Bitcoin, of which 21 million tokens will ever be made and 17 million have already been mined. It doesn’t take a crystal ball to see that citizens will turn to non-inflationary assets when the U.S. dollar and other world reserve currencies become less valuable than the paper, metal, or bytes they’re printed on.

To quote entrepreneur, innovator, gamer, artist, and Internet freedom fighter Kim Dotcom, “Many economists agree… [the] US dollar will collapse under the enormous US debt burden. Crypto… will go up when everything else falls. I think it’s going to happen in the next 2 years.” 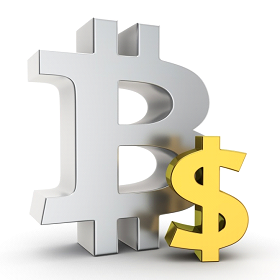 Frankly, I’ll be surprised if it even takes that long. Thus, citizens in Venezuela and elsewhere are using Bitcoin and other cryptocurrencies in record numbers, bypassing their government’s stifling financial regime and allowing the 99% a glimmer of hope that the technological revolution can improve their dire financial circumstances.

As Ryan Taylor, Dash Core’s CEO, put it: “We’ve found that regions of high inflation rates… have been most excited to adopt the technology. For us, we focus on those segments in which cryptocurrency can offer the most benefit, and that’s one of the reasons growth in acceptance is so high.”

It might be challenging to see Bitcoin’s future in a year when regulators have put pressure on cryptocurrency and BTC’s price has contracted. But a long-term historical perspective should cast some light on the issue: just think about how much more the U.S. dollar has deteriorated in value since 1971, when the government disconnected it from gold.