What’s Supporting the Stock Market? A Culture of Consumption… and Low Expectations

So the third-quarter U.S. GDP growth reading came in today, and it’s 1.9%, which is lower than the previous quarter’s 2% GDP growth. In other words, American productivity growth is declining. That’s supposed to be bad news, right?

It would be bad news if we were to apply logic to the situation, but the current market environment made logic irrelevant many years ago. As you may recall, Federal Reserve Chairman Jerome Powell attempted to apply a modicum of logic and discipline to the nation’s monetary policy late last year, and he was immediately handed a 20% stock-market correction.

Still, a decline in GDP growth couldn’t possibly be interpreted as good news, could it? Actually it could, if the expectations were set low enough. And that’s precisely what happened: economists projected Q3 GDP growth to be just 1.6%, so when the actual number came in at 1.9%, this was hailed as a victory.

That’s the culture we live in today: set the bar low enough, and you can win at anything. I recall when I was teaching school children, seeing kids receive trophies and ribbons just for showing up. No accomplishment or even effort was required; simply existing makes you a special snowflake.

And the only thing better than simply existing is consuming, the ultimate American pastime of the 21st century. While previous generations rewarded productivity, today’s consumerism encourages borrowing, spending, and worrying about the consequences later – or better yet, letting future generations concern themselves with the consequences. 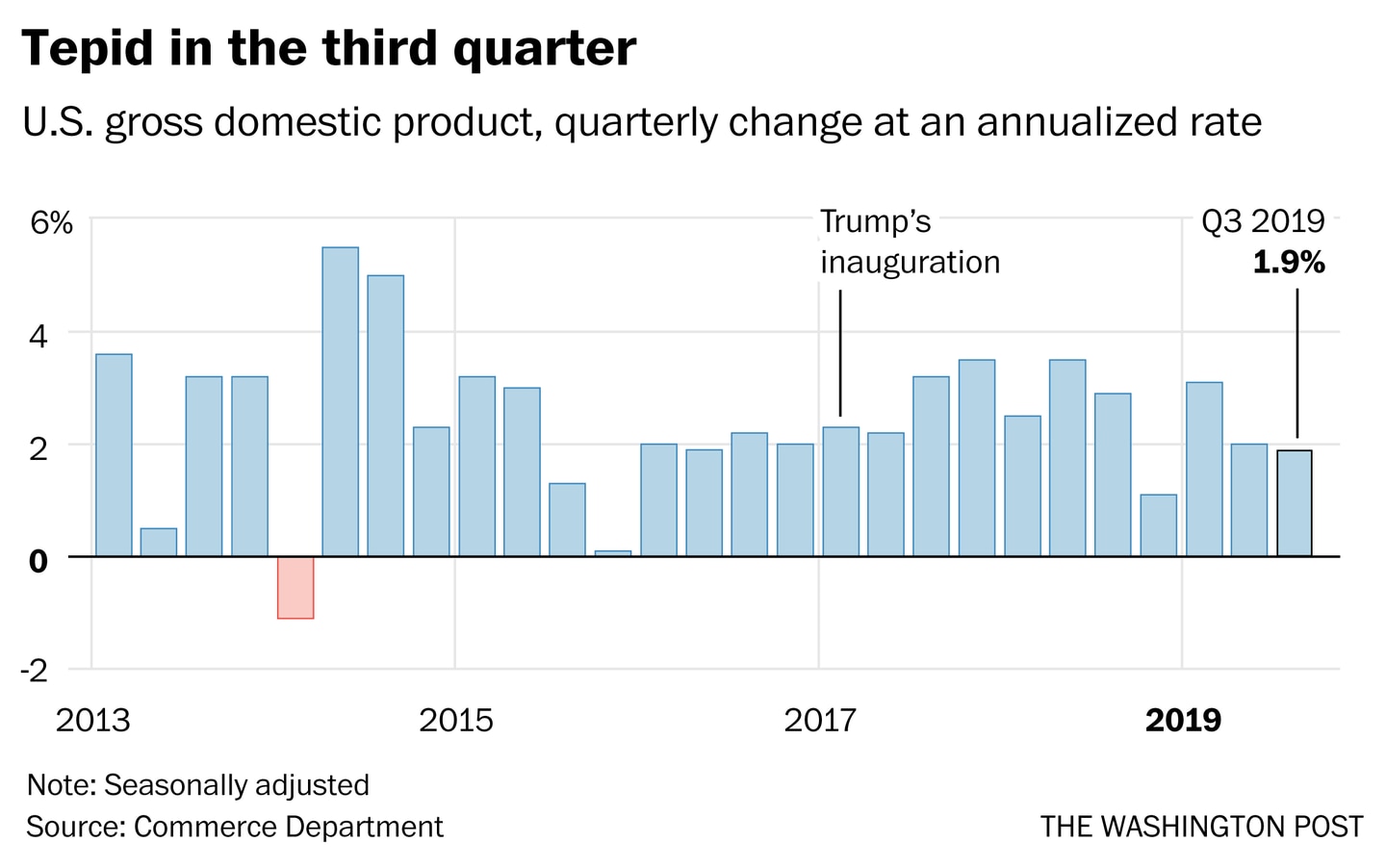 When low expectations hold sway over the markets, it’s easy to turn a loss into a perceived win. Think about it: are 82% of companies beating analysts’ third-quarter earnings expectations because the economy is actually that great, or because the analysts keep revising their estimates lower and lower?

It’s all about framing a bad situation in shiny packaging to make it more palatable to the public. They’ve been doing this with unemployment figures for years by not counting part-time workers, gig workers, and those who’ve given up on their job search out of sheer frustration.

Besides rock-bottom standards of success, another driver of stock-market prices – and perhaps the only thing preventing U.S. GDP growth to collapse entirely – is consumer spending. To me, a healthy economy should be powered by productivity, not consumerism, but again I’m committing the sin of applying logic to the markets.

Today, consumer spending accounts for more than two-thirds of America’s economic activity; meanwhile, U.S. businesses tightened the reins on spending, as business investment declined by 3% in the third quarter – the biggest drop since late 2015. 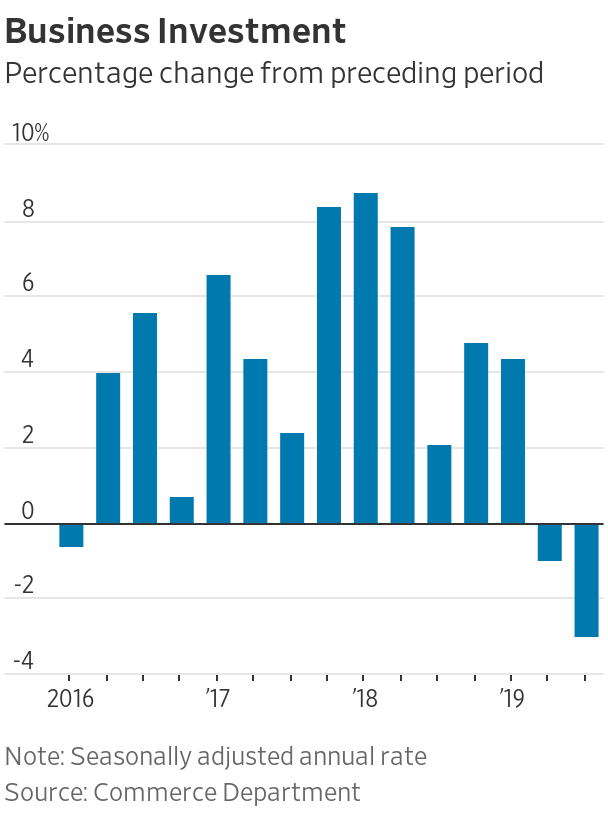 I won’t deny that consumer activity is integral to a flourishing economy. However, business investment is equally important: if businesses aren’t spending, then they’re not hiring and they probably won’t retain their current employees, either.

What we’re seeing here is a tale of two economies: declining business investment even while consumers are spending like there’s no tomorrow. IDB Bank CIO Gregory Leo envisions an unnerving endgame if this scenario persists: “If businesses believe consumer spending is slowing they may slow their investments in plant and equipment, and eventually people. It could become a downward spiral and lead to a recession.”

Should the American consumer decide to curtail his spending habits, you can expect a domino effect in which the already fragile economy grinds to a halt and the major stock-market indexes fall into a steep decline. And it’s not hard to imagine U.S. consumers slowing down on their spending, as they’re currently saddled with massive amounts of student-loan, auto-loan, and credit-card debt.

That’s what the American government inevitably gets when it fosters a culture of low expectations: when you aim for failure, sooner or later, you’re going to get it.