What’s the Biggest Mistake America’s Made in the Past 50 Years? Hint: It’s About Gold and the Dollar

One event that most definitely was not a mistake was President William McKinley signing the Gold Standard Act on March 14, 1900, establishing gold as the sole basis for redeeming paper currency in the United States. The idea at the time was to halt the practice of “bimetallism,” which had allowed silver to also serve as a monetary standard.

The greater impact of the Gold Standard Act, however, was to set a (literally) rock-solid standard for monetary backing in America for the next 71 years. Sure, there were hiccups along the way, like when President Franklin D. Roosevelt used (or should I say misused?) the Gold Reserve Act to prohibit the large-scale private ownership of gold in 1934. 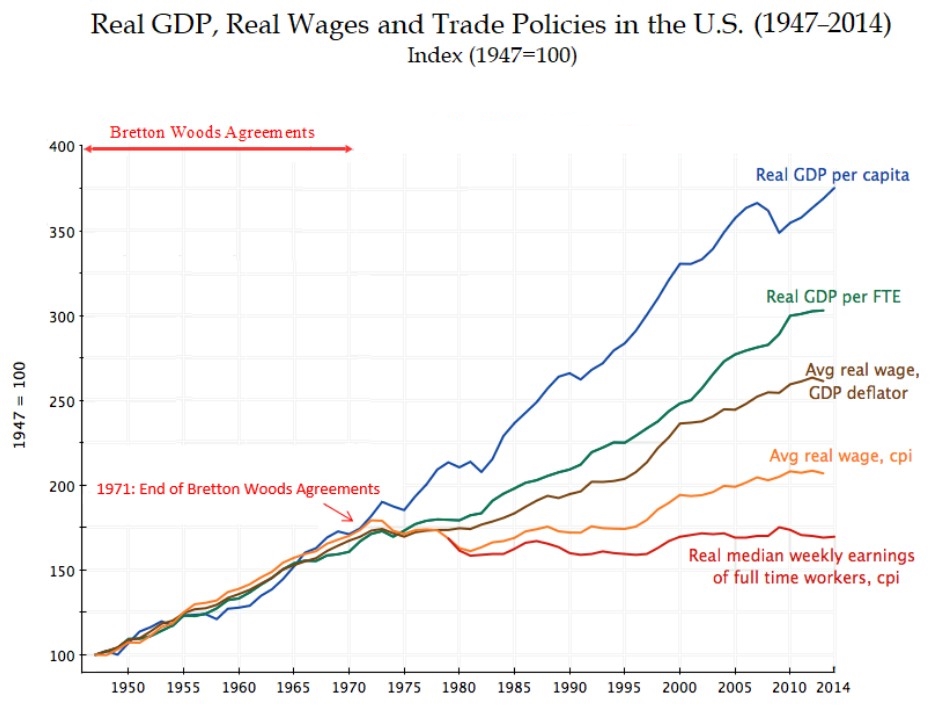 It was in 1971 that the U.S. government suspended the Bretton Woods Agreement and effectively took America off of the gold standard, replacing it with a fiat monetary system in which the U.S. dollar supposedly had value not because it was actually backed by anything tangible, but just because the government said so.

And because the currency didn’t have to be backed by anything tangible, this gave the U.S. government free rein to print money at will and without regard for consequences, which it has indeed been doing since the early 1970’s.

As evidenced by the previous chart as well as the following one, the nation’s productivity and wages have sagged considerably since 1971: 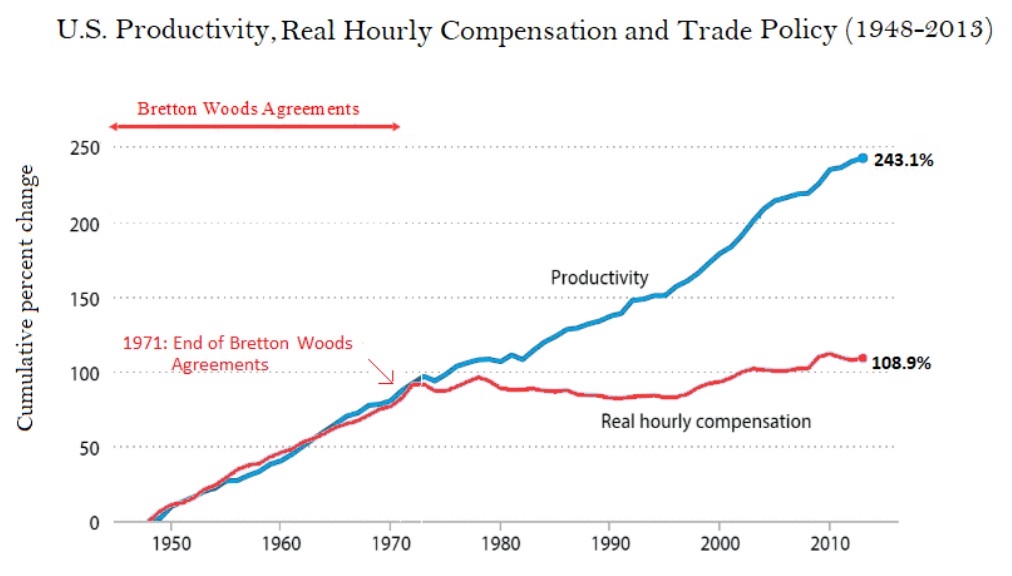 As I’ve reported in other articles, the relative compensation for the top 0.1% of earners in the U.S. has increased during this time; the American middle class, meanwhile, has experienced stagnant wage growth that barely keeps up with inflation, which itself has been precipitated by the fiat monetary regime.

We could say that it’s all been downhill since 1971, but by the looks of the following chart, we could also say that it’s been uphill, at least in terms of the mounting national debt: 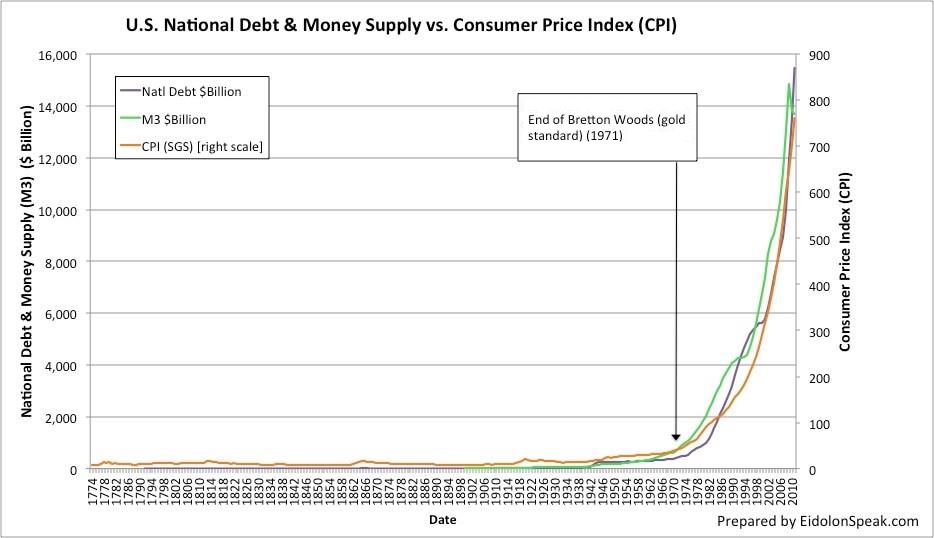 Furthermore, while it might be hard to imagine now that the United States actually had a favorable trade balance at one point in history, this was in fact the case – at least, until the 1970’s:

Starting to see a pattern here? Economic historians have every reason to yearn for the good old days of Bretton Woods – an era when global banking crises were practically nonexistent: 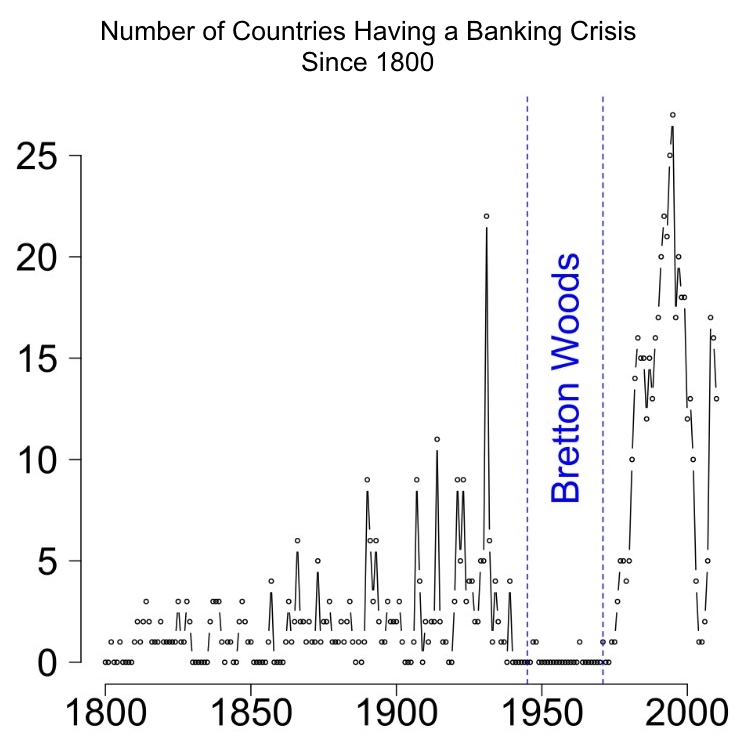 But those days are long gone, and America must now live with the terrible mistakes of the past and present. Beyond scrutinizing our elected leaders, the best we can do now, as individual investors, is implement a “gold standard” in our own portfolios – it’s the best protection against any future mistakes the government will inevitably make on our behalf.