Which Country Is Becoming the Next Gold Superstar?

It has been well documented that major world superpowers like China and Russia have been stockpiling gold in massive quantities. You might be surprised, however, to discover that there’s an up-and-coming gold super-achiever out there which hardly anybody’s paying attention to.

It’s astounding to consider the fact that, as of December 2018, the Kazakhstan’s central bank has added to its gold reserves for 75 consecutive months: 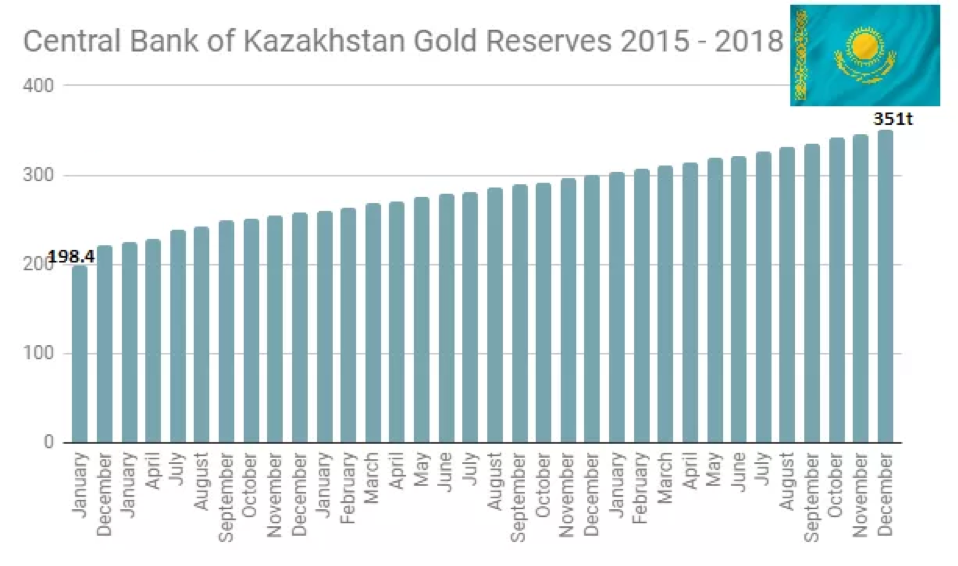 To put all of this in perspective, and to illustrate how remarkable it is for such a small country to buy this much gold, consider that the GDP of the United Kingdom was $2.5 trillion in 2017, while the GDP of Kazakhstan was $160 billion, according to the International Monetary Fund. Kazakhstan’s gold was worth an already impressive $13.357 billion as of October 31, 2018, prior to its noteworthy gold addition in December.

For an even tinier and more under-the-radar gold up-and-comer, check out Kyrgyzstan. The Central Bank of the Kyrgyz Republic had about five tons of gold in February of 2017; after Kyrgyz Central Bank Governor Tolkunbek Abdygulovis urged the nation’s citizens to buy gold, Kyrgyzstan’s gold reserves swelled to 8.9 tons by the end of June 2018.

So clearly, the global rush to gold isn’t only taking place in big countries like Russia and China. In addition to Kazakhstan and Kyrgyzstan, 2018 saw the central banks of Turkey, Poland, Hungary, Qatar, and Mongolia augment their gold reserves substantially. Moreover, a number of the aforementioned gold-accumulating nations have been divesting themselves of U.S. debt in the form of dollars and/or Treasurys.

The true breakout star in terms of sheer ambition, however, has been Kazakhstan. It’s been years in the making: as reported by USGS, Kazakhstan has increased it gold production from about 22 tons of gold per year in 2008 to around 70 tons in 2017: 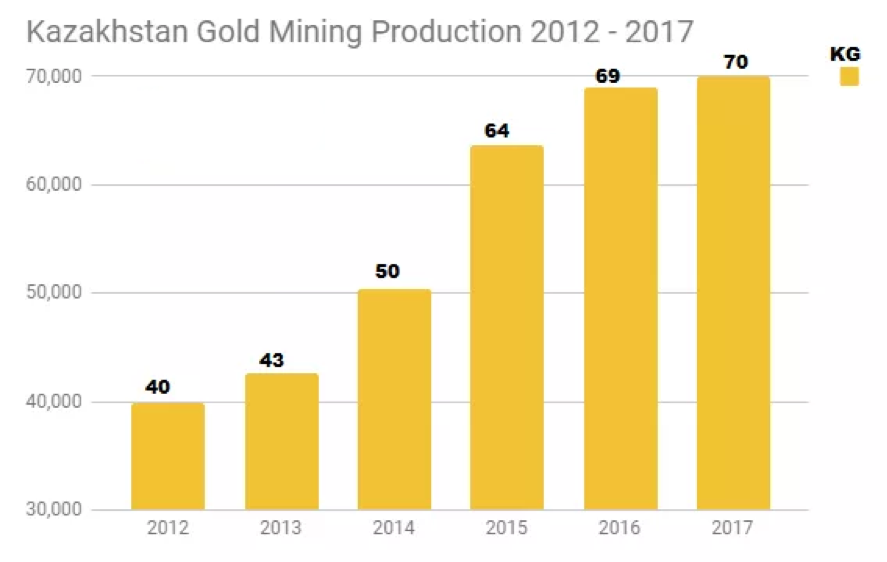 And while countries like Kazakhstan and Kyrgyzstan might not be atop your list of major economic world players, we have to look at the big picture: more and more nations are moving away from debt-based financial instruments and acquiring massive amounts of gold – something of real, enduring value through the years.