Will Bitcoin’s Cost of Production Provide a Price Floor?

The cost of production is often used as a potential baseline price floor for commodities like gold and oil. On its face, the argument makes sense: there will be short-term tactical maneuvers and price manipulations, but on a long-term basis, no one wants to sell a commodity for less than what it costs to get it out of the ground.

Can this argument be reasonably applied to a non-commodity like Bitcoin? More to the point, is the cost of mining one Bitcoin analogous to what commodities traders call the “cost of production”? Or are we trying to compare apples to oranges here?

Furthermore, even if the analogy holds, how predictive is the cost of production as a long-term price floor? The cost of production can change with new technologies, new political landscapes, and new players entering into the market. Using the cost of producing one unit as a support level is a dangerous game in commodities investing, not to mention the more speculative sphere of cryptocurrency trading.

None of these considerations deterred JPMorgan Chase & Co. from calculating Bitcoin’s mining cost in a January 24 cryptocurrency report. They’ve pegged the global average production-weighted cash cost to create one Bitcoin at around $4,060 in the fourth quarter of 2018. 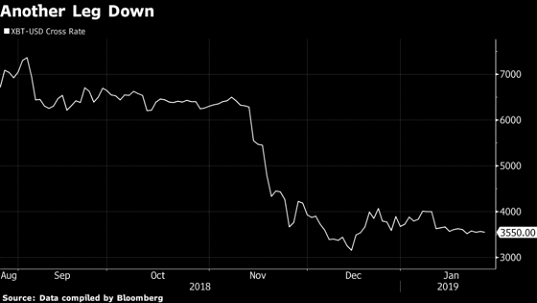 If there’s any validity to that estimate, then Bitcoin’s current price of approximately $3,500 might seem like a bargain – at least until you read the fine print, which is that the $4,060 figure is only an average, and that low-cost Chinese miners are able to produce a Bitcoin for around $2,400.

And it just gets worse from there: If higher-cost Bitcoin miners drop out, the remaining miners could see their costs fall because they would win a greater share of Bitcoins for the same amount of energy consumption.

That might be fine for the cut-rate miners, but wouldn’t be so great for Bitcoin holders. If only low-cost Chinese miners remain, according to the JPMorgan Chase analysts, the cost of producing one Bitcoin could drop below $1,260.

So, even if we adhere to the theory that the cost of production should provide a floor for the price of Bitcoin, it’s a floor with multiple trap doors – or at least, that’s what the JPMorgan Chase analysts seem to be suggesting in their report.

At no point do the JPMorgan Chase analysts insist that Bitcoin investors dump their crypto holdings, but they do advise a smart strategy that Crush the Street has consistently been recommending for years: diversify into multiple asset classes. 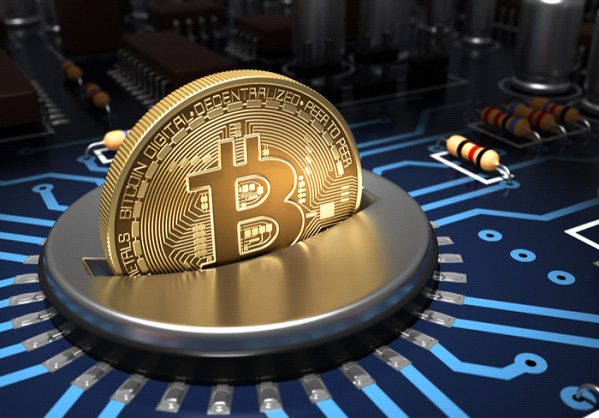 As John Normand, the head of cross-asset strategy at JPMorgan, said in the report: “If the future indeed entails dystopia, then for consistency, investors and corporates should be making broader and deeper preparations beyond just acquiring cryptocurrencies.”

I tend to concur with Normand’s sentiment on diversification. On the other hand, Normand isn’t exactly a flag bearer for Bitcoin, and he appears to have a negative stance on crypto as a market crash hedge: “Even in extreme scenarios such as a recession or financial crises, there are more liquid and less complicated instruments for transacting, investing, and hedging,” he opined in the report.

While I wouldn’t necessarily claim that Bitcoin is as secure a crash hedge as, say, gold or silver, I wouldn’t write it off as “illiquid” or “complicated,” either. Personally, I’ve never found Bitcoin’s liquidity to be an issue, and I don’t see anything complicated about Bitcoin transactions, but that’s just one user’s experience…

As for Bitcoin’s price “floor,” I’m less concerned with specific numbers than with the utility of blockchain technology, which I believe will remain a vital economic force in the coming years. As long as blockchain remains relevant, so should Bitcoin – and unless proven otherwise, that’s good enough for me.