Winning Through Off-the-Grid Investing: You Must Start Now

It’s time to get you out of the matrix: the limiting belief system that was taught to you in school and then reinforced by the government and central banks. Its purpose is to keep the citizenry in line and obedient, and has no particular interest in your wealth or well-being. Off-the-grid investing is nonconformist and sometimes uncomfortable, but it’s really the only way to escape from servitude to the debt cycle.

Think about it: if you walk into a big bank and ask a money manager to invest your life savings on your behalf, they’ll probably put you into a mix of 60% S&P 500 stocks and 40% American bonds, or something similar to that. Check their personal accounts, and I can almost guarantee that they’re not investing their own money this way; it’s not good enough for them, but they’ll subject their clients to this outdated allocation strategy.

As I’m writing this, the 10-year U.S. Treasury note yields 1.529% per year. That’s a 10-year commitment to loan your hard-earned money to the American government, and it pays less than the rate of inflation, which right now is 1.8%. In other words, the real yield is negative.

The major blue-chip stock-market indexes, meanwhile, are all near their all-time highs. As former U.S. Treasury Secretary Larry Summers has stated, the American stock market is at the greatest risk of recession since 2011 and that we may be witnessing our most dangerous financial moment since 2009.

According to Rabobank’s model, the probability of a U.S. recession by December of 2020 is 81% – higher than the recession odds in 2000 and 2007, two years that immediately preceded deep stock-market crashes. If Rabobank’s forecast turns out to be correct, we can expect the next market crash to be deeper and more painful than the financial crisis of 2008-2009.

Trade-war escalations may be the falling domino that starts the chain reaction, but Mohamed El-Erian, the chief economic adviser at Allianz, cites two real root causes of the next recession. The first one is the fact that the post-2009 so-called “recovery” has only benefited the top 0.1%, while the vast majority of the populace has continued to struggle with mounting debt and job losses due to automation and outsourcing.

This non-inclusive “recovery” has led to a surge in populism among both dominant political parties in America: the middle class is understandably angry because they’ve been alienated and marginalized for too long. The stock market reflects this imbalance as asset prices are sky-high but the top 10% of Americans own 84% of stocks, so very few people actually participated in the stock-market bubble.

The second root cause of the coming recession, as cited by El-Erian, is the market’s overreliance on the Federal Reserve printing dollars, pumping liquidity into the economy, and suppressing bond yields so that investors are forced into an expensive equities market. Rather than promote fundamental economic growth that includes the middle class, the government continues to rely on central-bank policy to artificially boost the market and keep wealthy shareholders in control. 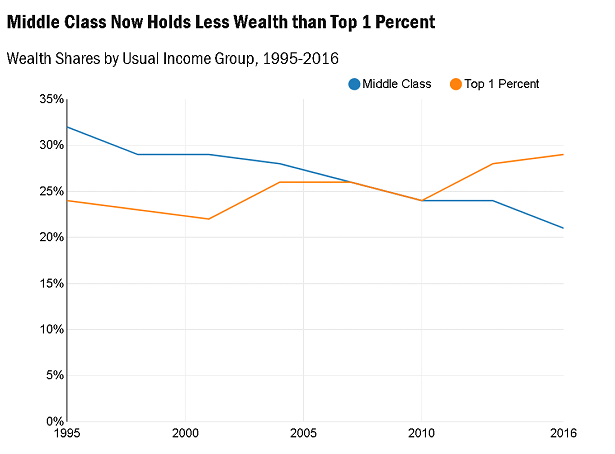 So, how can you escape from the debt matrix? As we learned from the movie Wargames, the only way to win the game is not to play it: don’t rely on government debt notes (bonds) or the overpriced blue-chip stock-market indexes to carry you through to your golden years.

Investing off the grid means looking to the “alternative” asset classes which the government and big-bank money managers are afraid to talk about because it would be against their self-interest to recommend them. It means turning to investment vehicles that will thrive when bond yields are slashed to zero and the U.S. dollar completely deteriorates in value.

The corporate elites won’t educate you about precious metals and miners, or about cryptocurrency, or about the rapidly growing legalized cannabis market. The team at Crush the Street will inform you of these amazing opportunities, however – we’ll keep you off the grid, out of debt, and in the green for 2019.