“WORSE THAN PRISON”: Chilling Accounts of Working Conditions at Amazon

As a company, Amazon has utterly transformed the way consumers buy and retailers sell just about every type of product in America. A far cry from its humble beginnings as a relatively unknown online bookseller, Amazon has become an emblem of the American Dream for founder and multibillionaire Jeff Bezos.

Whether the success has trickled down to Amazon’s quarter-million employees is debatable, though. In all fairness, Amazon did increase its minimum wage on to $15 for all U.S. full-time, part-time, seasonal, and temporary employees, including temps hired by agencies. Bezos even managed to mollify uber-liberal Bernie Sanders, at least for the moment: 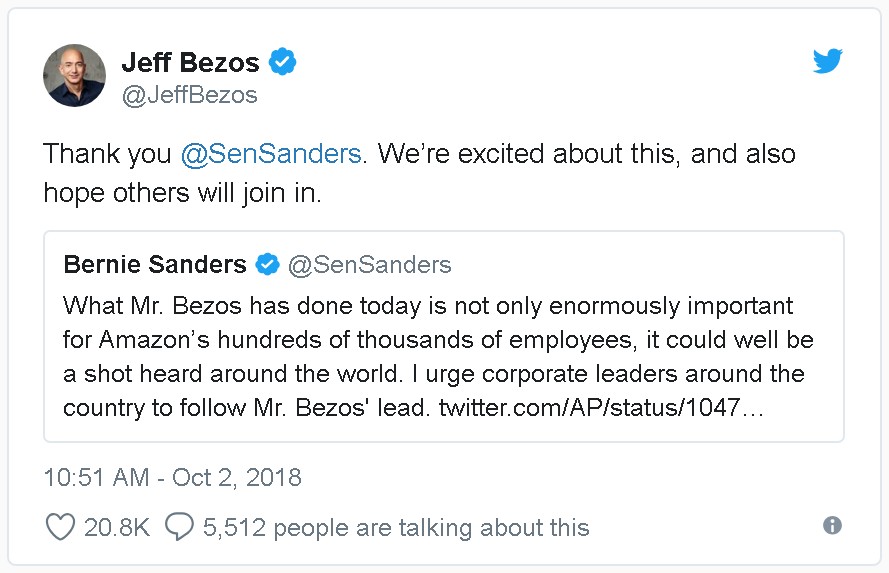 It was quite a turnaround for Sanders, who had previously railed against Bezos, proclaiming that “the taxpayers of this country should not have to subsidize employees at a company owned by Mr. Bezos, who is worth $155 billion.” It’s also worth noting that full-time Amazon employees generally receive healthcare coverage, up to 20 weeks of paid parental leave, a matching 401(k) retirement plan, and tuition assistance for courses in high-demand fields.

Thus, the argument could be made that Amazon has made an effort to provide a baseline standard of pay and benefits for the company’s workers. But then there’s the other, often underreported side of the employment experience: working conditions. How does Amazon stack up in that regard?

Not too well, according to some accounts. The story broke wide open when Amazon famously clashed with The New York Times in late 2015 over the newspaper’s investigation of alleged oppressive working conditions and intimidating management practices.

The controversial New York Times article featured employees describing a “soulless” and “dystopian” work environment of long hours and a lack of empathy for employees’ health-related issues. Bezos’ response at that time was that the Times story “doesn’t describe the Amazon I know.”

Bezos’ reply, however, did little to stem the rising tide of complaints and increasing scrutiny. The public began to see reports of the uglier side of the Amazon employee experience, such as the one from University of Illinois-Chicago researcher Beth Gutelius, who wrote that “because its technology can closely monitor worker productivity, Amazon takes surveillance and goals to a higher, grueling level.” 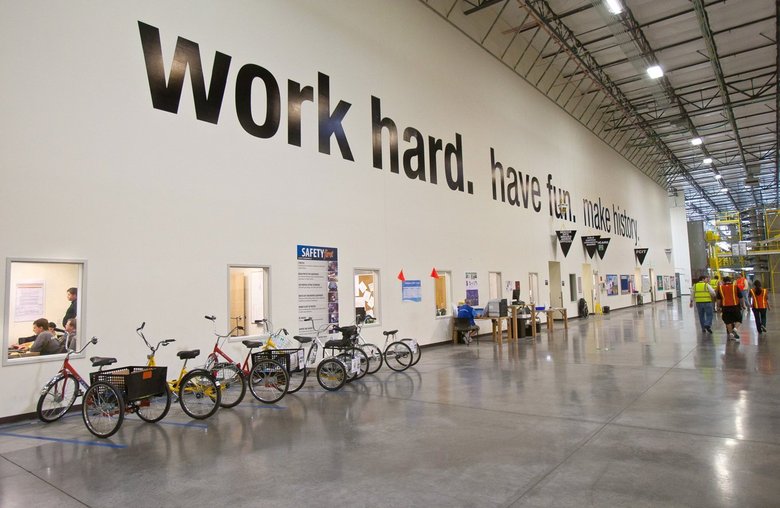 And indeed, the Times article did report that Amazon warehouse employees were being “monitored by sophisticated electronic systems to ensure they are packing enough boxes every hour” and that Amazon workers at a “Pennsylvania warehouse toiled in more than 100-degree heat with ambulances waiting outside, taking away laborers as they fell.”

Meanwhile, a local newspaper reported on Amazon’s working conditions, describing employees being “forced to endure brutal heat inside the sprawling warehouse… pushed to work at a pace many could not sustain. Employees were frequently reprimanded… and threatened with termination… Such sights encouraged some workers to conceal pain and push through injury lest they get fired as well.”

Furthermore, Amazon’s employee review process has been described by an HR expert on CNN as akin to The Hunger Games. The company’s review process has been compared to “choosing sacrificial lambs to protect more essential players” through a “rank and yank” methodology in which employees are rated against each other instead of being assessed according to how well they meet their job requirements.

The upshot is that “ultimately, you are going to fill your warehouses not with the best employees, but with the most cunning,” according to a sortation associate in Philadelphia. Or, as a former designer in Seattle put it, “many people there are very driven and will do whatever it takes to get ahead, including stomping on others.” 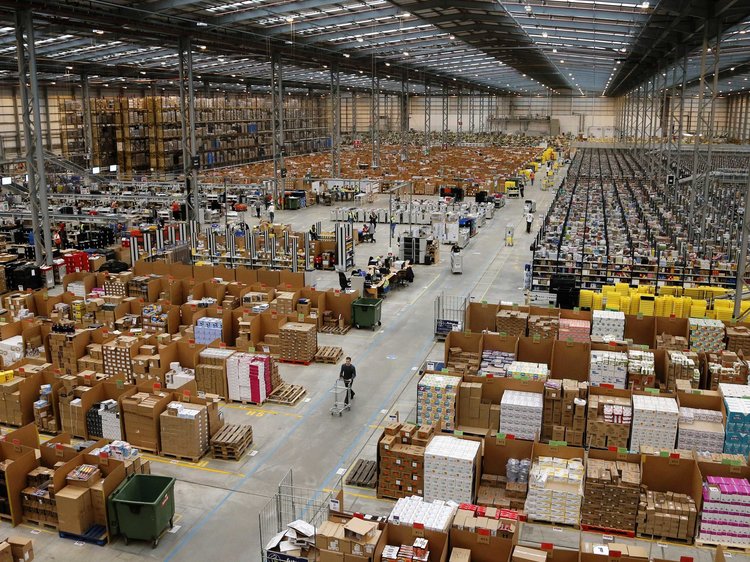 Multiple accounts characterize Amazon’s workplace environment as particularly Darwinian, and some have depicted it as downright cruel. In one unsettling account, warehouse workers operated a “toilet bottle” system in which “people just peed in bottles because they lived in fear of being disciplined over ‘idle time’ and ­losing their jobs” over leaving the work area to use the restroom.

One independent survey of 241 Amazon employees found that 74% of the employees avoided using the toilet for fear of missing their target and receiving a warning point. One pregnant worker described the environment as “worse than a prison,” explaining that “even if I’m pregnant they don’t care; they say I still have to hit my target, when I actually am 6 months pregnant.”

As expected, an Amazon spokesperson has insisted that “we have a focus on ensuring we provide a great environment for all our employees.” Evidently, not everyone seems to agree that Amazon’s working environment is so “great,” or even humane.