In a nation and a world where the U.S. dollar is rapidly losing its value and status – where large nations like China, Russia, and India are dumping the dollar like there’s no tomorrow – even Americans themselves are forsaking cash in record numbers. 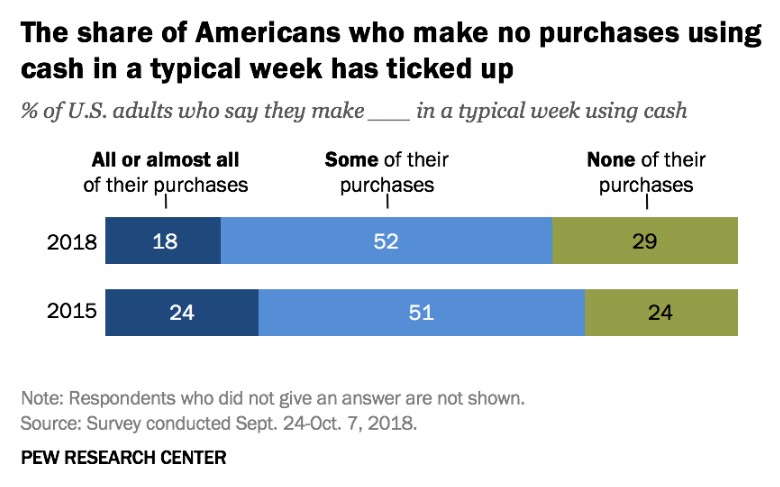 There once was a time when the vast majority of Americans felt the need to carry some cash on hand, but according to the data, those times are gone. In 2015, 60% of Americans said they try to make sure they always have cash on hand just in case they need it; now, that figure is down to 53%.

And in fact, 46% of Americans now say that they “don’t really worry much about whether they have cash with them, since there are lots of other ways to pay for things.” Evidently, the idea of needing to have cash on hand at all times is a quaint relic of the past: 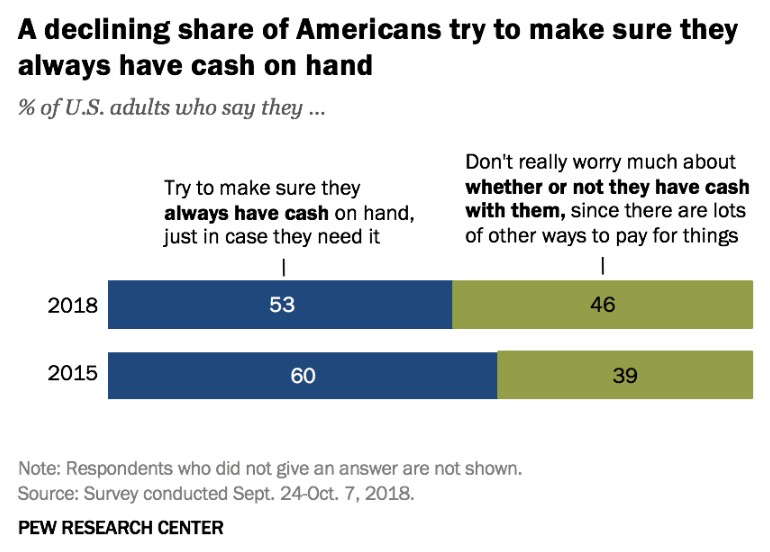 So that begs the question: Who in America is still using cash, and who isn’t? There are a number of ways to parse it, with one division being among generational lines: Americans under the age of 50 are more likely than those aged 50 and older to say they don’t really worry much about having cash on hand.

More specifically, 52% of 18-to-49-year-olds don’t worry about having cash on hand, versus 38% of Americans aged 50 and older. This seems logical enough, as electronic means of payment (apps, etc.) would likely appeal more to generations that were raised with this type of technology.

But here’s where it starts to get a bit more troubling: there’s also a class division when it comes to the use of cash in America. Evidently, the poorest Americans are the ones who overwhelmingly use cash for their purchases. 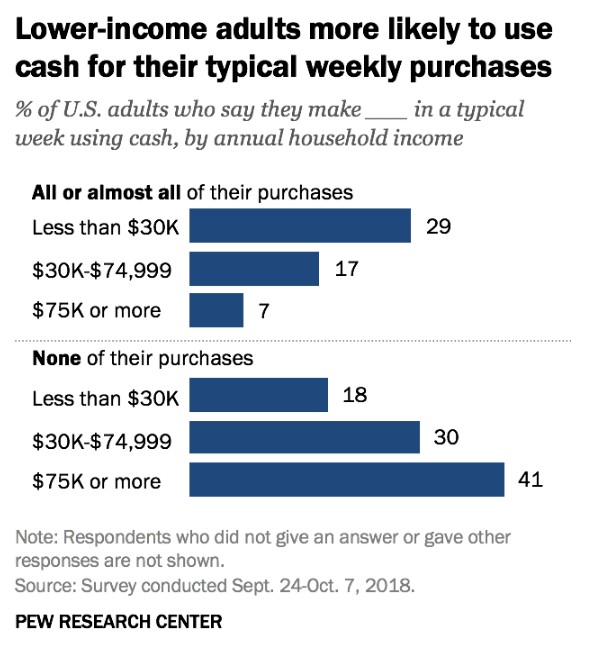 The problem with this is that an increasing number of U.S. businesses are refusing to accept cash payments, requiring customers to use credit and debit cards only. Asserting that eliminating hard currency transactions is faster and reduces the risk of robberies, coffee shops, restaurants, and other businesses are now banning cash completely.

This presents a challenge for low income earners, who often are what the FDIC calls “unbanked” or “underbanked,” meaning that they have no access to the banking and credit/debit card privileges that make cashless transactions possible.

As a proponent of alternatives to the U.S. dollar, I’m certainly all for America moving away from cash; however, I’d like to think that the move towards a cash-free society would encourage socioeconomic parity. What we’re left with is deeply ironic in what purports to be the world’s most prosperous nation: those who are strapped for cash are, it seems, forced to use it the most.