Analysts Up the Ante with Rate-hike Predictions

Are you ready for the Federal Reserve’s first Fed funds rate increase since 2018? It’s coming whether the market’s ready or not – and so far, investors have made it crystal-clear that they’re not happy with this.

The problem here is that the Fed has painted itself into a corner. If it chooses to do nothing, then there’s a distinct possibility that the economy will melt down due to rising inflation. On the other hand, when the Fed raised the 10-year Treasury bond yield to 3% in late 2017, the S&P 500 immediately fell 20%.

This is what happens when a central bank solves the nation’s problems through many billions of dollars of money printing. Now, with the annualized U.S. inflation rate jumping to 7% and then 7.5%, the Federal Reserve simply can’t kick the can down the road any longer.

The Fed got the markets addicted to liquidity, but now it has to take the punch bowl away and it could get nasty. To quote Charles Hugh Smith, “Addiction is deadly, and no amount of artifice can obscure that this monetary addiction and collapse is the result of one Pusher: the Federal Reserve.”

It’s known that raising interest rates is the Fed’s primary tool for controlling rising inflation, as the Federal Reserve under Chairman Paul Volcker pushed the 10-year Treasury bond yield to 15% briefly in 1981, finally bringing an era of hyperinflation under control. 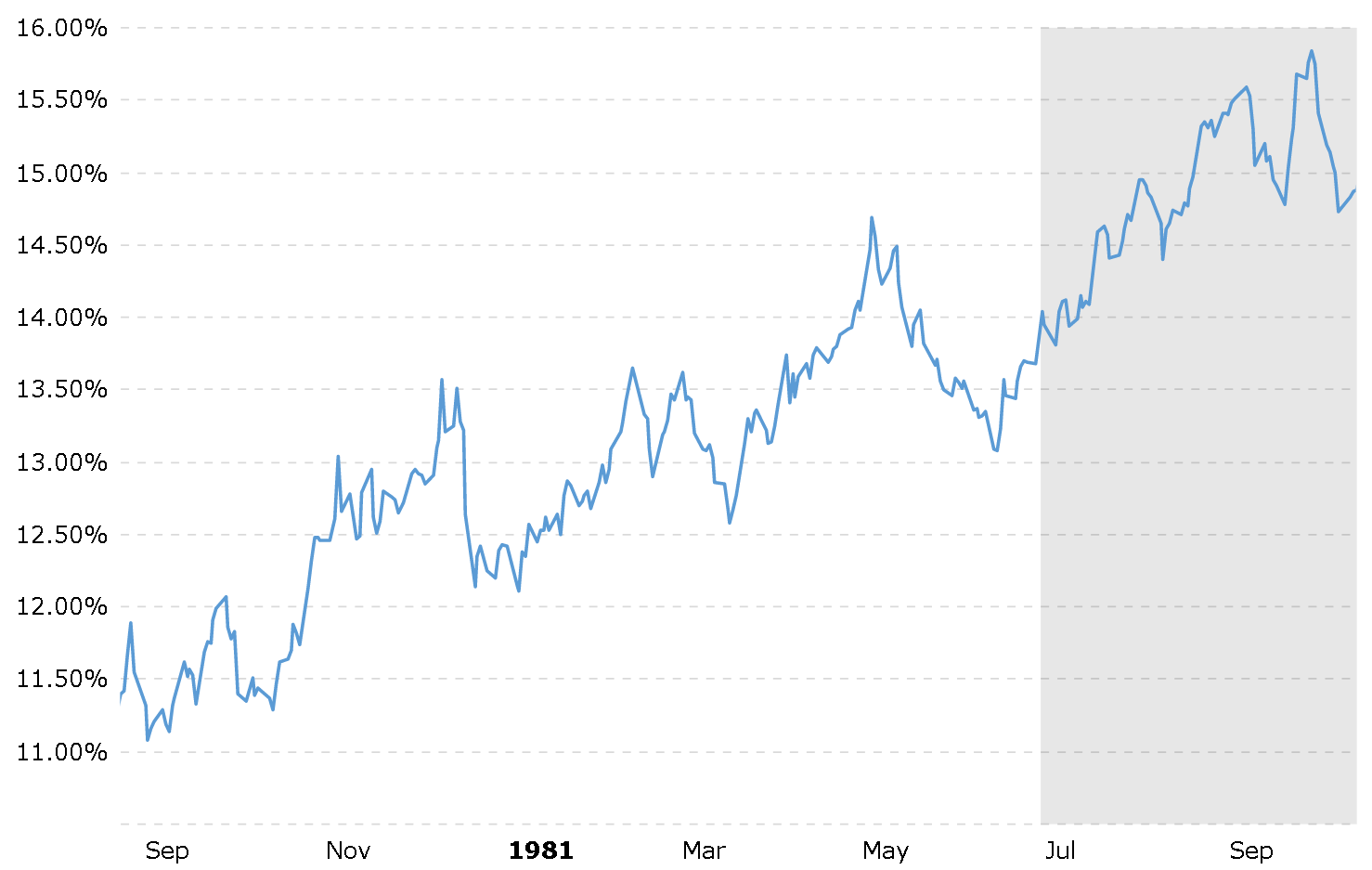 Taking such a drastic measure in 2022 would be unthinkable, but Volcker did what needed to be done regardless of whether the markets liked it or not. Whether the current Fed has the ability – or even the desire – to act independently is a different matter entirely.

But again, the Fed can’t just do nothing. Everybody and his uncle assumes that the central bank will enact an interest-rate hike at its upcoming meeting in March. It’s not a question of if, but how much.

25 basis points (a quarter of a percent) is typical, but apparently it’s boring for analysts and financial-market commentators to say what everyone’s already expecting to happen. Therefore, in order to generate attention and make a name for themselves, people have to raise the stakes with their predictions.

A while ago, it was considered bold to say that the Federal Reserve would hike interest rates by 50 basis points (half a percent) at the upcoming March meeting. That’s not upping the ante enough anymore, though, so the hot-button topic now is about how many interest-rate hikes there will be in 2022.

Evidently, the best way to generate publicity is to speak with absolute confidence, and use a high number because that’s how you can grab headlines. Here’s the tally from the end of January, with the baseline prediction being four hikes this year: 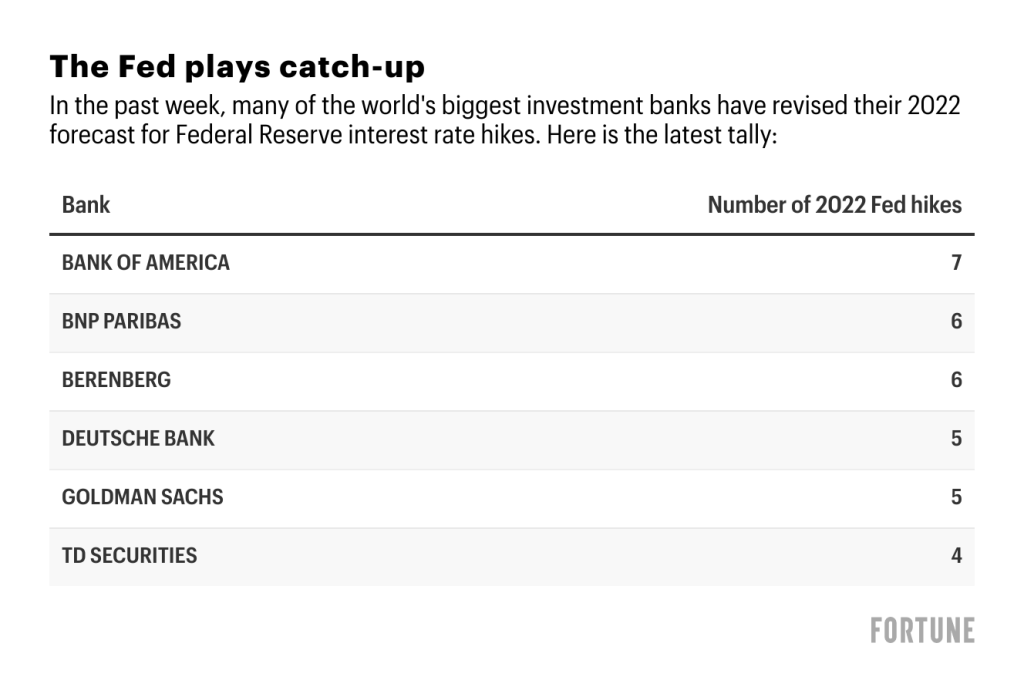 Not included in the table shown above is HSBC economist Ryan Wang, who said that HSBC expects the Fed to enact a 50-basis-point hike in March and four additional quarter-point rate rises in 2022.

This table was updated soon after the analysts at Bank of America predicted that the Federal Reserve would raise interest rates seven times this year. If that happens, it would represent a rate hike at every scheduled Fed meeting in 2022.

Of course, the analysts at Goldman Sachs weren’t just going to let Bank of America get all of the attention. Consequently, on February 11, the Goldman Sachs analysts also issued a prediction of seven 2022 Fed interest-rate increases. One can only imagine that they would have gone higher than that if seven weren’t the maximum.

What’s next? Probably, after everyone associated with a big bank has issued a mandatory seven-rate-hike forecast, some attention-garnering recession post-hike predictions will be in order.

Deutsche Bank economists have already started the proceedings by highlighting “the increasing risk of a 2023 or 2024 recession.” So evidently, you have a year or two to get your finances in order – or, you can just ignore these seers in suits and make your own decisions.