***This is a must-read for crypto investors worldwide. You may have disconnected yourself as many have since the price of Bitcoin has come off its all-time-high. Today’s read is a full update on the sector and an update you are going to want to archive.***

The recent rise of cryptocurrencies will go down in history. Fortunes were created and fortunes were lost, and there are numerous lessons that we can all learn from the emergence of digital assets that many are now literally paying the price for.

Bitcoin and Ethereum are the two largest cryptocurrencies by market cap. Bitcoin has never lost its number one spot (yet), while Ethereum has spent most of its existence comfortably as number two, despite briefly slipping to third due to Ripple and almost overtaking Bitcoin itself at one point!

At record highs, Bitcoin touched just under $20,000 and Ethereum went above $1,300, with the cryptocurrency markets giving investors some of the greatest investment percentages in recent times!

Those with the sharp economic foresight bought Ethereum at $0.30 during its ICO and Bitcoin at $100, prices that will be historically known as some of the greatest buying opportunities of the early 21st century.

However, the principles of mathematics and economics inevitably played their role flawlessly. What goes up always comes crashing back down, as the two charts from Coindesk.com show us. Bitcoin, Ethereum, and every other cryptocurrency fell sharply, with losses across the market ranging from 60–95%. And Bitcoin is again retesting its yearly lows.

The recent bull market showed us some critical flaws with blockchain technology. BTC and ETH both became congested, slow, and too expensive to send micro-transactions.

While Bitcoin’s network fees have dramatically fallen, Ethereum’s has risen due to congestion from the high volume of ICOs and users running applications or tokens on its network. A game named Crypto Kitties crashed the entire Ethereum blockchain… yes, a multibillion-dollar ecosystem was crashed by a cat game!

All of this being birthing pains that will ultimately lead to a more reliable and even more resilient sector.

Both Bitcoin and Ethereum have the edge and ability to disrupt in the long-term. Scalability takes time, but Ethereum could be used to run the world’s Internet 2.0 while Bitcoin potentially becomes money/gold 2.0.

Looking at a chart, you would have to agree that Metcalfe’s Law and Bitcoin have an eerily close relationship: 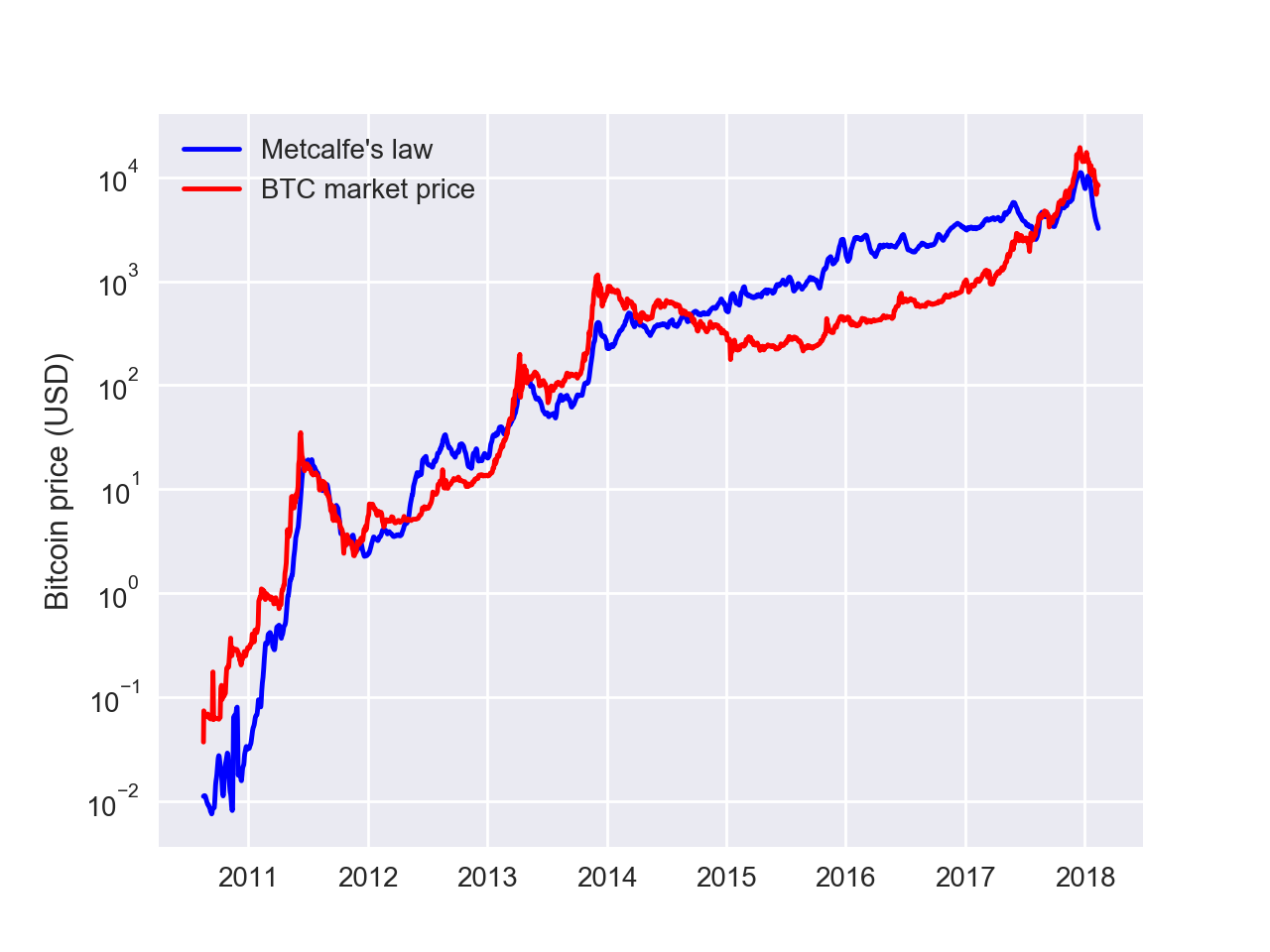 Studies show that cryptocurrencies do follow Metcalfe’s law. Despite the high levels of speculation, there seems to be a trend based on network effects such as developers, investors, merchants, and increasing transaction numbers which is exactly what this law pertains to. 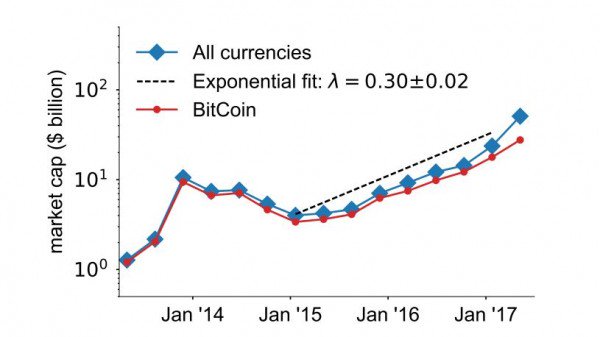 It’s a powerful illustration of cryptocurrencies having a more mature and complex valuation than many believe.

Many disgruntled investors have given up on cryptocurrencies and sold at a loss, but when looking at “what went wrong,” it seems that a combination of different variables created the perfect storm to rinse the crypto market.

The launch of the Bitcoin futures markets played its part in the boom and bust cycle that we witnessed in 2017. Not only did cryptocurrencies turn parabolic at the news of Bitcoin futures being approved, but it also gave institutional money an opportunity to short Bitcoin without directly owning any. 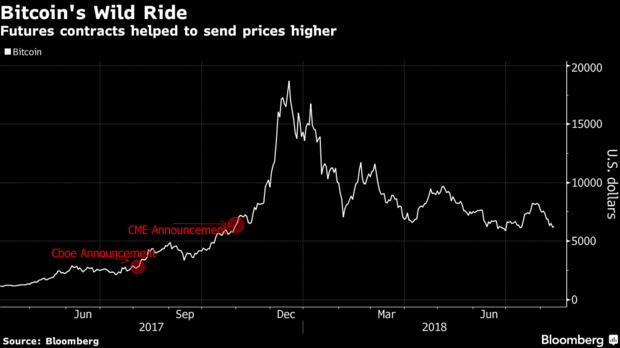 Sharing a similar fate to gold, Bitcoin has struggled to shrug off the downward pressure. Coincidentally, the decline began after the Cboe Futures Exchange and Chicago Mercantile Exchange opened futures trading for Bitcoin.

Regulations and government scare tactics have also plagued cryptocurrencies since their inception, with authorities from the U.S.A., China, South Korea, and even crypto-friendly Japan striking while the markets are already taking a beating.

In February 2018, the blockchain sector watched anxiously as the SEC/CFTC declared all ICOs as securities, with cryptocurrencies such as BTC and ETH given the all-clear.

Weeks following the overall positive hearing, the SEC released a statement titled “Statement on Potentially Unlawful Online Platforms for Trading Digital Assets.” The demands were that exchanges must register with the SEC as a “national securities exchange!”

Within recent weeks, fresh hopes of an approved Bitcoin ETF sparked a glimmer of hope in the markets. This was met with more disappointment, as the SEC rejected the Winklevoss twins’ second application while mysteriously postponing the decision on the Cboe Bitcoin ETF until potentially early 2019. Could there be favouritism, or something more? 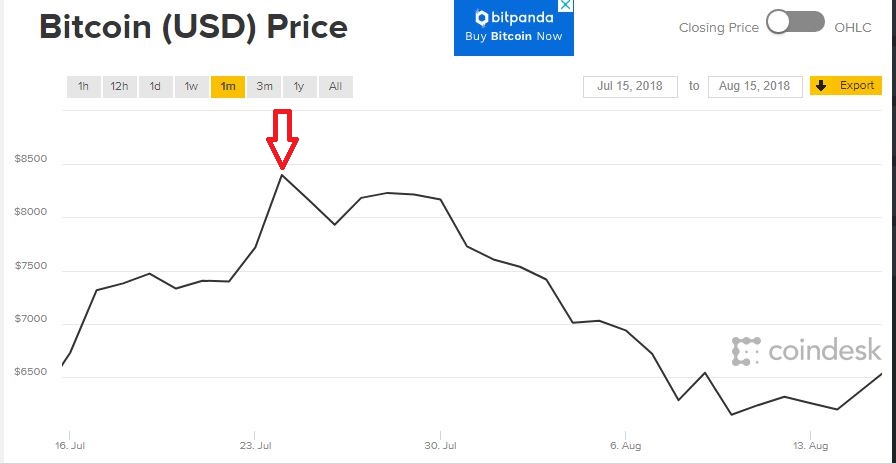 Who is Selling? Average Joes or Financial Giants?

It is likely that any institutional capital that entered the cryptocurrency and blockchain sector already pulled out profits and they are now making stealth moves to acquire key positions in the sector, such as Soft Bank’s Virtual Exchange or BlackRock’s interest in cryptocurrencies.

Average investors who bought before 2017 are still up considerably, but those who tried to play the game at the height of boom found themselves quickly becoming lambs to the slaughter. It is likely that the everyday participant had little to no impact on the billions of dollars’ worth of capital entering and leaving the cryptocurrency market daily.

ICOs are feeling this bear market more than most. Typically, these projects have little to show for the millions of dollars generated during the crowd sale, with most of the cash being held in Ethereum and Bitcoin.

In terms of market cap and price, Ethereum benefitted from dozens of ICO projects raising capital and creating tradeable tokens within its ecosystem and platform.

However, ICOs could now have no choice but to sell the ETH and BTC they still hold in order to cover business costs as start-ups begin to feel the pinch while cryptocurrencies continue to devalue. This is evident with the launch of EOS, which held approx. 1.1 million ETH tokens before its network went live in June 2018. 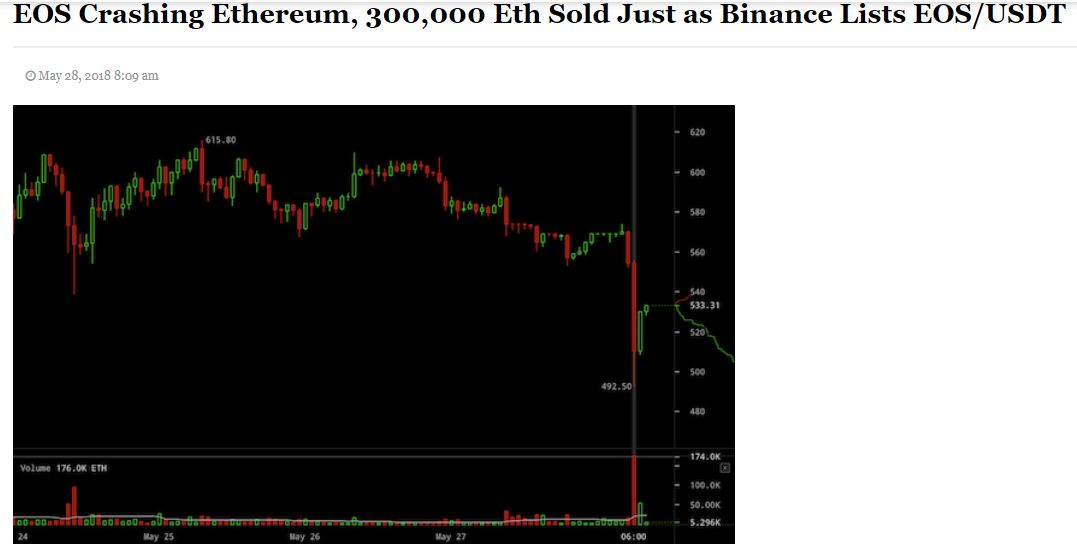 Companies specializing in mining cryptocurrencies or work on a specific blockchain are now suffering tremendous losses as well.

Chinese mining giant Bitmain has been in the spotlight for the millions it has lost due to switching the bulk of its Bitcoin (BTC) for Bitcoin Cash (BCH), which devalued as much as87% at the time of writing, while BTC is down 67% from bull market highs.

How Low Can it All Go? This Could be a Massive Opportunity!

Data from the past can give us some interesting insights for the future. A “typical” cryptocurrency bear market can last approximately twelve to eighteen months, with pullbacks typically reversing around the 75% mark.

As stated earlier, Bitcoin tends to move the entire cryptocurrency market, acting as the primary digital reserve of the sector.

Potential for a further pullback towards and below $5,000 for Bitcoin is highly possible. If historic data proves to be accurate, a reversal and bottom could occur in early 2019.

Getting Ready for the Next Crypto Bull Market

2016 prices have not returned to the markets, but it doesn’t mean the opportunities are gone. The cryptocurrency market has been trending in a self-fulfilling cup and handle formation since 2011, and in a zoomed-out chart, the current price pullback seems like a healthy breather for digital currencies overall. 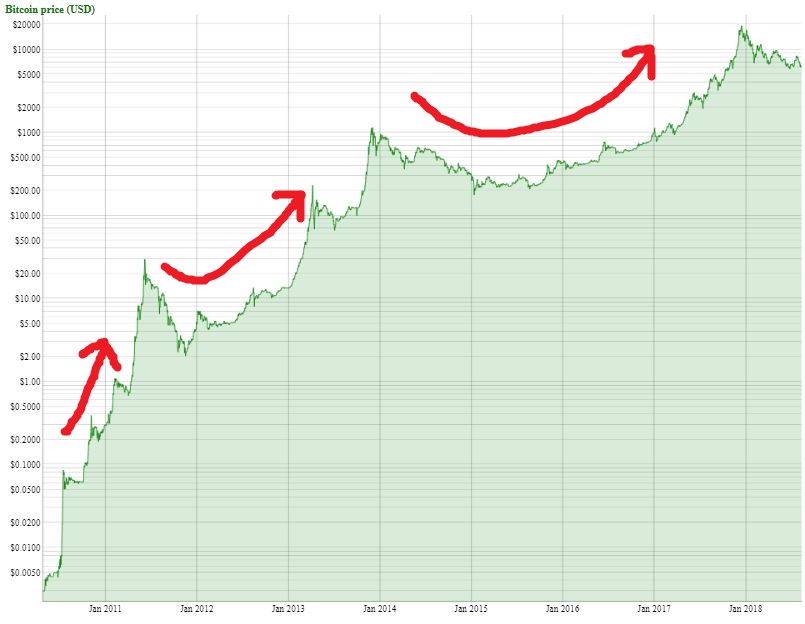 The bears are certainly in control now. While historical data shows long-term potential, it could be a hard 2018, but it’s worth the wait!

Please always conduct sound research before investing. Understand that the sector is extremely volatile, and only invest what you can afford to lose!

Legal Notice: This work is based on public filings, current events, interviews, corporate press releases, and what we’ve learned as financial journalists. It may contain errors, and you shouldn’t make any investment decision based solely on what you read here. It’s your money and your responsibility. The information herein is not intended to be personal legal or investment advice and may not be appropriate or applicable for all readers. If personal advice is needed, the services of a qualified legal, investment, or tax professional should be sought.  Never base any decision off of our emails.  Never base any decision off of our emails. Please use our site as a place to get ideas. Enjoy our videos and news analysis, but never make an investment decision off of anything we say. Please review our entire disclaimer at CrushTheStreet.com/disclaimer