Bed, Bath, and Bust: This Is Why You Should Avoid Meme Stock Mania

The promise of instant wealth is always enticing, and the resurgence in meme stocks has brought eager retail traders into a dangerous trade. As the old saying goes, however, if something seems too good to be true, it probably is.

It started with GameStop stock in early 2021, a time when the nation was still recovering from the COVID-19 crisis. At the same time, traders on the Wall Street Bets Reddit board were busy picking a target stock to get revenge on short-selling hedge funds, while also enriching themselves.

Why they picked GameStop stock isn’t fully known to me, as I’m not part of the Wall Street Bets culture. Still, it’s easy to discern in hindsight what made GameStop stock so enticing as a short squeeze candidate for social media traders.

GameStop stock was low-priced at that time, and it wasn’t a blue-chip stock. It traded on relatively low volume compared to bigger names like Apple and Amazon. These characteristics make it easier for a group of people to band together and move the GameStop share price.

Perhaps there was also a sentimental appeal to GameStop, which was struggling badly as COVID-19 precipitated the shift to streaming video games. The same could be said about AMC Entertainment, which also had underdog status because the pandemic prompted people to stay home and watch movies on Netflix.

Since GameStop and AMC stocks met all of the criteria for an easy short squeeze, the Reddit mob took to their trading apps and forced the short-selling hedge funds out of their positions. As the short positions were frantically covered, the share prices of these meme stock shot up like rockets and a handful of amateur traders got rich practically overnight. 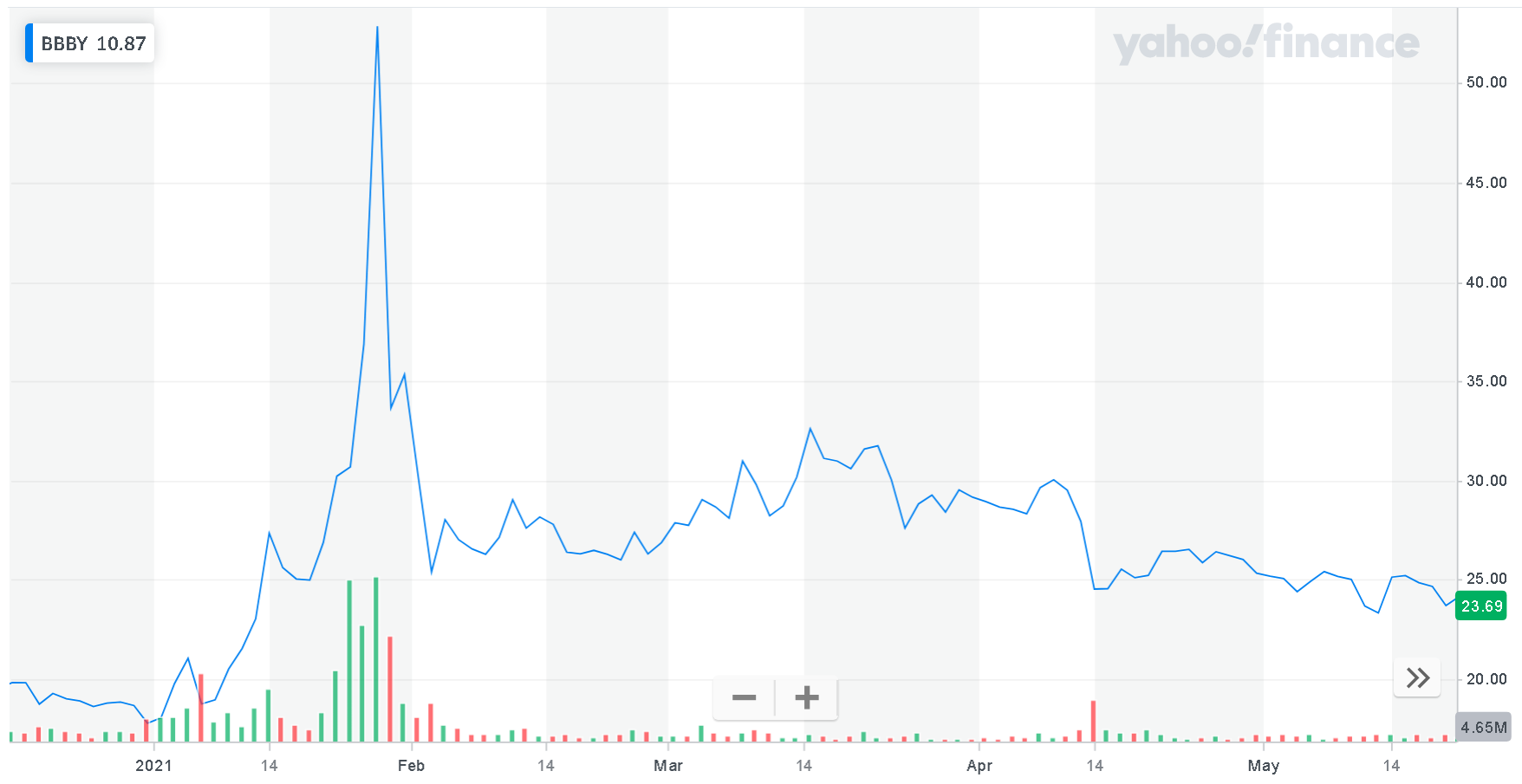 Another short squeeze target was Bed Bath & Beyond stock, which ran up hundreds of percentage points in a matter of weeks in early 2021. Again, this was a name with underdog status as COVID-19 wreaked havoc on bricks-and-mortar retail stores.

However, trading meme stocks is like a game of musical chairs, where some people are bound to lose when the music stops. You can see what happened to retail investors who got caught up in the hype and bought Bed Bath & Beyond stock in the $40’s and $50’s.

Folks who bought GameStop and AMC stocks near the peak also sustained steep losses. If you live by the meme, you’ll die by the meme, it seems.

The problem is that these amateur traders didn’t take the time to look at these companies’ fundamentals. Are they profitable? What does their balance sheet look like? Instead of applying Warren Buffett’s investment principles, they jumped in headfirst and suffered the consequences.

You’d think they’d remember these lessons since early 2021 really isn’t very long ago. Yet, memories are short and the temptation of get-rich-quick gains is ever-present.

Apparently, Version 2.0 of the meme stock movement has started up in the summer of 2022. Why the meme stock traders chose to strike now is anybody’s guess. Perhaps it’s just summertime boredom, plus the low volumes in the stock market made it easier to start up another round of short squeezes.

This time around, there’s a connection between two well-known meme names. Reportedly, GameStop Chairman Ryan Cohen owned stock and options representing over 9.4 million shares of Bed Bath & Beyond, or 11.8% of the company.

Sure, Bed Bath & Beyond stock moved higher for a little while, but the story was bound to have the same ending in 2022 that it had in 2021. After all, the most often-repeated last words of amateur traders is, “This time, it will be different.”

It wasn’t different this time, and there was a sense of betrayal and disgust as it was revealed that Cohen had sold his stake in Bed Bath & Beyond. Undoubtedly, some traders eagerly bought up Bed Bath & Beyond shares because they read in the news that Cohen owned a stake. Now, they were trampled by a massive sell-off, including a 40% single-day loss.

To reiterate, the stock had only moved higher because of the meme stock frenzy. Bed Bath & Beyond’s fundamentals remain subpar, to put it politely. Analysts at UBS, Wedbush, and B. Riley have all issued sell ratings on Bed Bath & Beyond stock recently.

So, the stock market’s weighing machine kicked in and Bed Bath & Beyond stock simply couldn’t stay afloat based on the company’s fundamentals. The meme stock traders might consider Warren Buffett outdated, but his principles still hold up today, while the long-term meme stock success stories are very few and far between.