Resilience Through the “Eco-Political” Storms

When I see my children caught red handed in the cookie jar, even still, they deny their actions and attempt to misinform me and defend their actions as moral and just. But as a parent and someone looking at the facts and just knowing the tendencies of my kids, it’s certainly something they would attempt to do. Of course, it then becomes a teaching moment and we move on. Some of the most obvious and innocent acts of denial and misinformation are appreciated and cherished as we watch children.

Watching it happen in government, is infuriating that the level of competency hasn’t grown beyond the mind of a child.

Many people have high hopes for the government and delude themselves to think that there is going to be this tendency to do the “right thing” more times than not, and I believe those expectations are greatly mismanaged.

Time and again, the government has fumbled the ball, in prior years and with and acceleration since the election, both with what they’ve done and what they haven’t done.

As much as people hate to comingle politics and money, they’re absolutely tied, because when it’s all said and done, it’s the political structure of a country and sets the foundation for a sound or unsound economy.

Allow me to stack a few of the key signs that things are not being handled properly from the top down.

So far, Biden’s lack of any vision or plan for a strong border has been a complete bust. Perhaps he’s hoping that voters will forget that Biden never had a Plan A, not to mention a Plan B.

Even with scorching summer heat making the journey as dangerous as ever, record numbers of migrants are being apprehended at the border, including unaccompanied children. U.S. border agents encountered an estimated 210,000 migrants in July 2021, a 21-year record as this figure is the highest since 2000.

The problem won’t be solved as long as Biden refuses to take ownership of the border crisis. In July, officers in the Rio Grande Valley arrested 20,000 border crossers in a single week, the most ever recorded. Shockingly, border arrests are on track to reach 1.8 million this year.

Foreign policy was never Joe Biden’s strong point, that’s for sure. Terrorist group Hamas, which was kept relatively under control when Trump was the U.S. president, is now emboldened to attack Israel.

Ultimately, both sides know that Biden won’t back up any threats or promises. His calls for de-escalation were rejected by Israeli Prime Minister Benjamin Netanyahu; meanwhile, the Israeli death toll escalated as Hamas and other Gaza-based terrorist groups killed civilians and even children. 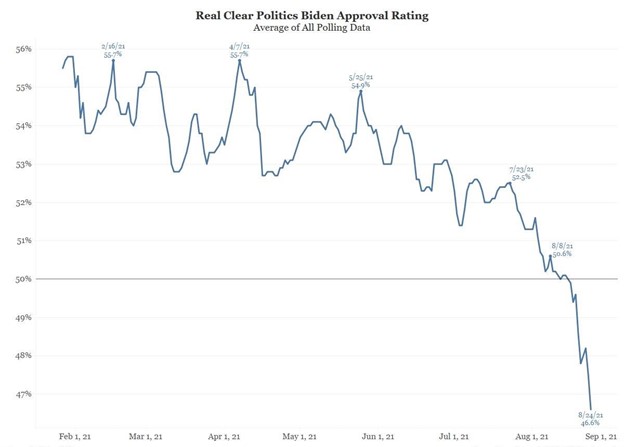 Meanwhile, Biden’s hasty and poorly thought out withdrawal from Afghanistan has had dire and deadly consequences. In the most recent nightmare scenario, suicide bomb explosions outside the Kabul airport killed at least 12 U.S. troops and wounded 15 others.

In a swift hurry, the Taliban was easily able to take over Afghanistan and put American troops in harm’s way.

At this point, we can only pray that the roughly 1,000 Americans remaining in Afghanistan will get back to safety, regardless of the White House’s botched evacuation.

On the home front, the economy remains a priority as the American middle class struggles to get back on its feet in the wake of Covid-19.

Any plans to make America prosperous again are being derailed now, though, as even the Democrats in the House of Representatives can’t seem to agree on Biden’s economic agenda.

At the same time, Senate Republicans will undoubtedly and justifiably reject the White House’s proposal of trillions in spending and major tax hikes. 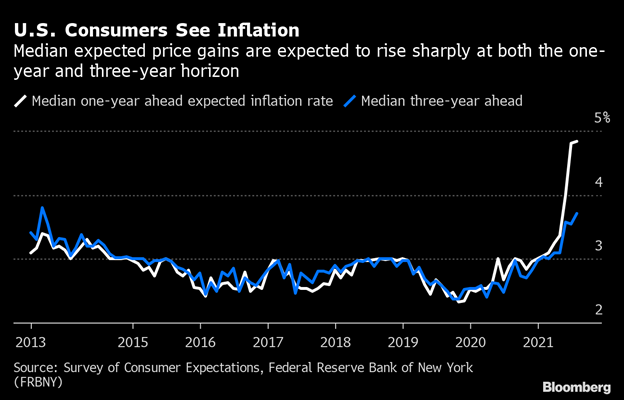 The fact of the matter is, Joe Biden wasn’t prepared to lead America through the reopening and recovery. With no logical road map for success and no support from Congress, Biden will continue to buckle under the economic pressures of the country.

And now, inflation has quickly ramped up to 5.4% and the price of just about everything has gone through the roof – a severe blow to the consumer, and effectively a tax on everybody.

Why does all of this matter? What will dictate investments going forward is how the government will respond to all of this.

Option 1 would be tapering and raising interest rates.

Option 2 would be sustaining and throttling up.

Sustaining and throttling up has been all we’ve seen now for decades, and this will not change in my opinion. What we have here is an underlined currency crisis looming and the question is what will rise most in the face of a falling dollar.

That’s what we focus on here at Crush The Street and why politics do matter when it comes to YOUR MONEY.

This isn’t what the voters asked for or expected – not even the folks who supported for Biden. That’s why I’ve been recommending self-reliance for so many years, as governments can’t save us, and some are worse than others.