Billionaire Bill Ackman, who is the founder and CEO of Pershing Square Capital Management, isn’t known for mincing words. His commentary is typically incisive and straight to the point – and in a recent series of social media posts, Ackman appears to be doubling down on a massively bearish market call.

Of course, Ackman’s not the only one taking to social media to express his consternation over the economy and markets. In a now-deleted tweet, investor Michael Burry of The Big Short fame reportedly wrote, “As I said about 2008, it is like watching a plane crash. It hurts, it is not fun, and I’m not smiling.”

In other words, Burry anticipated the collapse of the U.S. housing market in 2008 and seems to be bracing for another black swan event. Surely, it’s not a coincidence that Burry’s tweet followed soon after the release of U.S. new home sales data for April, which indicated a 30% year-over-year decline.

Other financial market luminaries are sounding the alarm bells, as well. For example, Ed Yardeni, president of Yardeni Research, just raised his own recession expectations from 30% to 40%. Apparently Yardeni envisions a deepening economic meltdown as the possible product of a self-fulfilling prophecy: “Might the only recession we have to fear be one triggered by recession fear itself?”

Meanwhile, investor and philanthropist George Soros recently issued a warning that transcends the economy and markets, saying, “the Russian invasion may turn out to be the beginning of World War III, and our civilization may not survive it.” Turning back to financial matters, Soros added, “With the disruption of supply chains, global inflation is liable to turn into global depression.” 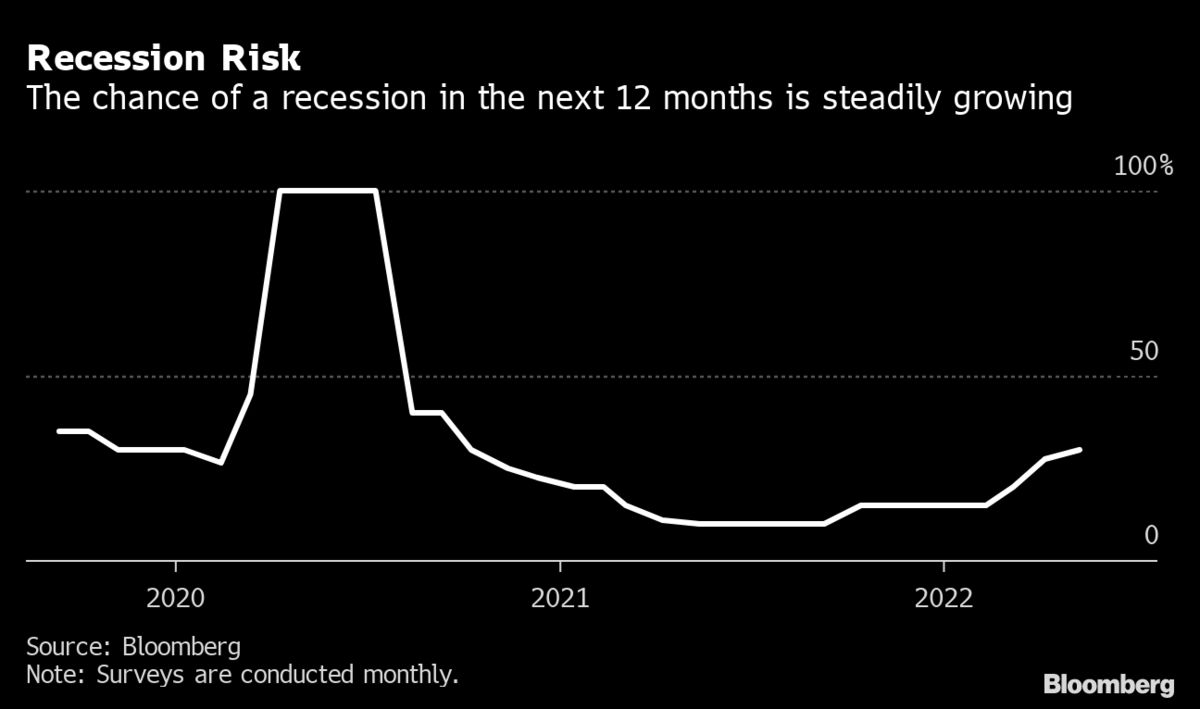 Beyond predictions of the end of civilization as we know it, the experts are preparing for an increasingly likely recession due to a multitude of contributing factors. The most obvious ones include rampant inflation, supply-chain bottlenecks, and a persistent labor shortage in key markets.

Thus, we come back to the headline news: Bill Ackman’s lengthy rant (or at least, lengthy by Twitter standards) about the potential for an imminent Minsky moment in the markets. Understandably, Ackman points to the U.S. Federal Reserve as a factor in the nation’s current financial quagmire.

“Inflation is out of control. Inflation expectations are getting out of control. Markets are imploding because investors are not confident that the @federalreserve will stop inflation,” Ackman began his Tweet storm. His point is duly noted after two consecutive months of 8% or higher annualized inflation in the U.S.

How will the upward spiral of inflation (which Fed Chairman Jerome Powell once mischaracterized as “transitory”) eventually end? Ackman posits a dire scenario, tweeting, “The only way to stop today’s raging inflation is with aggressive monetary tightening or with a collapse in the economy.”

Few among us would actually hope to see a collapse in the economy, so according to the scenarios that Ackman has proposed, aggressive monetary tightening is the only acceptable alternative. This tightening cycle has already begun as the Federal Reserve has started the process of ramping up the Fed funds rate:

Most experts agree that this tightening path will continue throughout the year, and that the Fed will raise the Fed funds rate at every FOMC meeting in 2022. Some of the rate hikes will undoubtedly be 0.50%, while others might be as aggressive as 0.75%.

Unfortunately, Ackman doesn’t seem to envision a happy ending to this story. As he sees it, “there is no prospect for a material reduction in inflation unless the Fed aggressively raises rates, or the stock market crashes, catalyzing an economic collapse and demand destruction.”

On top of all that, Ackman doesn’t appear to be confident that U.S. inflation will subside anytime in the near future: “Current Fed policy and guidance are setting us up for double-digit sustained inflation that can only be forestalled by a market collapse or a massive increase in rates.”

Still, at least we can say that Ackman ended his tweet tirade on a slightly positive note: “Markets will soar once investors can be confident that the days of runaway inflation are over. Let’s hope the Fed gets it right.” To that, I would reply: the Fed hasn’t gotten it right so far, so why should anyone believe that they’ll learn any lessons this time?