Bitcoin to $1 Million in 5 Years? One Expert Says Yes

In a time when all eyes are focused on a tense election and the Covid crisis, it’s easy to forget about the changes that will impact us all several years down the line. But don’t forget about Bitcoin and the blockchain, one big-money investor is telling us, as cryptocurrency is truly the future of money.

Hedge fund portfolio manager Raoul Pal has been involved with Bitcoin since 2012, but the government and the Federal Reserve’s response to Covid-19 only confirmed his bullish thesis on cryptocurrency.

Even at the very beginning of the coronavirus’s onset, Pal knew that the response would be zero to negative interest rates along with stimulus on a bigger scale than anything we’ve ever seen before. Therefore, Pal bought into the sell-off in Bitcoin while practically everyone was dumping everything to raise cash.

So, that’s what prompted Pal’s to add to his stake in Bitcoin earlier this year. Today, as Pal sees it, the global economy is moving from the hope phase into the insolvency phase, much like what history bore witness to in 2000 and 2008.

In the insolvency phase, the only response that we can expect from the central banks is more stimulus. With this expectation, and given the increased institutional adoption, Pal has substantially augmented his cryptocurrency stake. In fact, Pal recently moved more than 50% of his assets into Bitcoin. 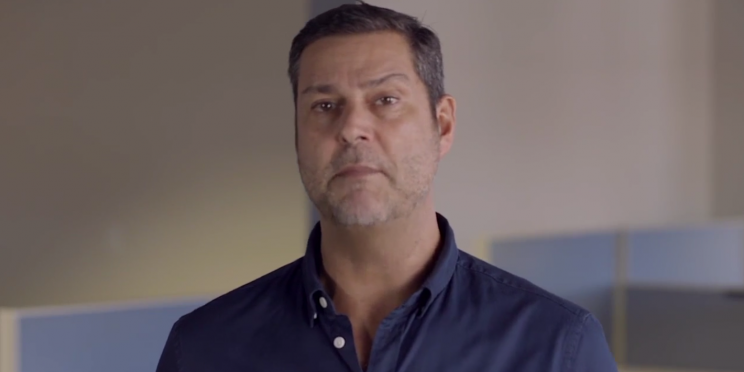 Back in June, Pal allocation consisted of 25% in U.S. dollars, 25% in gold, 25% in equities, and 25% in Bitcoin. What Pal has done is reduce his cash and trading positions (because he doesn’t see many opportunities there) to buy Bitcoin, while also keeping some of his gold.

Obviously, Pal envisions much higher prices for Bitcoin. What he’s interested in is people adopting a different monetary unit for their savings and reserve assets – and cryptocurrency, as an anti-inflationary and global form of money, fits the bill perfectly.

Not that adoption and mainstreaming will happen all at once – in reality, it’s starting first with retail Bitcoin buyers and investors, followed by the much bigger wave of money from family offices, hedge funds, endowments and pension plans, which is gradually but steadily in progress.

And then finally it will be governments getting involved, particularly the ones with major inflation problems. Cryptocurrency is an obvious solution to their problems, though naturally governments are slower and less efficient than private industry to adopt game-changing technologies.

In addition to Pal’s head-turning stake in Bitcoin, he’s got a prediction plus a time frame that will raise some eyebrows among less forward-thinking financial pundits. Specifically, Pal predicts that Bitcoin will reach $1 within the next five years.

He envisions an enormous wall of money coming into the Bitcoin space, driven by adoption from very large pools of capital. Given Pal’s extraordinary track record as an elite hedge fund manager, his bullish call on Bitcoin carries weight and is worth our attention as investors.

Finally, Pal doesn’t recommend making a bigger bet on Bitcoin than you can afford. Priority number one should be protecting your income streams, which ought to be multiple and diverse. Protect your capital first and foremost, and then if you can afford to take some bets, Bitcoin isn’t the worst place you can look.