“But, the consumer is strong…..” That’s the commonly heard excuse that politicians and their puppets in the press will use when they have to deny that the U.S. is in a recession. The American consumer is supposed to be the final pillar holding up the economy – but what if people aren’t buying what the pundits are selling?

For the perma-bulls of the economy, Black Friday is much more than a post-Thanksgiving excuse to “shop ’til you drop.” For them, the reason for the season is to justify their government positions by pointing to consumer strength, as measured by consumer confidence and spending.

What they’re in denial about is that a slightly lower inflation print doesn’t mean that inflation is actually low, or that U.S. consumers are willing and able to spend freely. 7.7% CPI is still quite high, and American wages certainly haven’t kept up with the inflation rate.

Consequently, American shoppers just aren’t feeling the holiday spirit this year. The University of Michigan Survey of Consumers released a 54.7 reading for November, and that’s down 8.7% from the previous month’s reading of 59.9. This result also missed the Dow Jones forecast of 59.5.

At the same time, the current economic conditions index fell 11.9% to 57.8, which the index of consumer expectations (which measures where people see things heading in six months) dropped 6.2% to 52.7. Cleary, this is not a time when consumers are gearing up to make large-scale discretionary purchases.

If anyone would have his finger on the pulse of the American consumer, it would be Target CEO Brian Cornell. He recently observed an “environment where consumers have been stressed” while Christina Hennington, Target’s chief growth officer, noted a “precipitous decline” in discretionary demand. 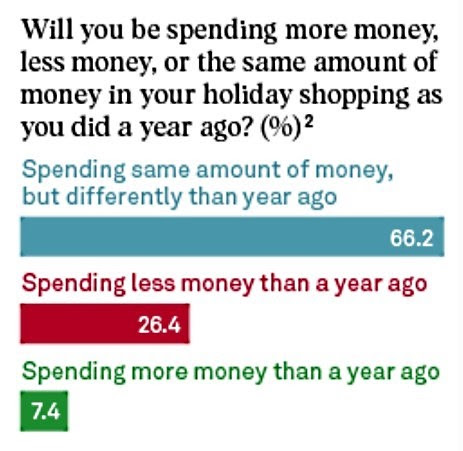 In other words, consumers are being forced to forgo discretionary purchases as high inflation and a recession threat forces them to focus on household essentials. The data bears this point out, as an S&P Global Market Intelligence survey of 1,678 U.S. consumers found that only 7% of them plan to spend more for the holidays year-over-year, while 26% say they’re planning to spend less.

As bad as this is, really it’s just a symptom of a much larger problem with the U.S. economy. The Titanic is sinking, and consumer spending won’t be America’s lifeboat despite what the puppet-pundits will tell you.

Another shoe that’s dropping right now is the rapid slowdown in construction. Inflation has made the cost of raw materials prohibitive, but there are also the headwinds of supply-chain disruptions and labor shortages to contend with.

The everything bubble of 2021 included a stimulus-driven stock market bubble and a record-breaking shopping season, yes, but also a euphoric and unsustainable housing market. Skyrocketing lumber costs didn’t dissuade Millennials from buying and sometimes flipping homes – but the construction bubble is now bursting in a tragic and spectacular manner: 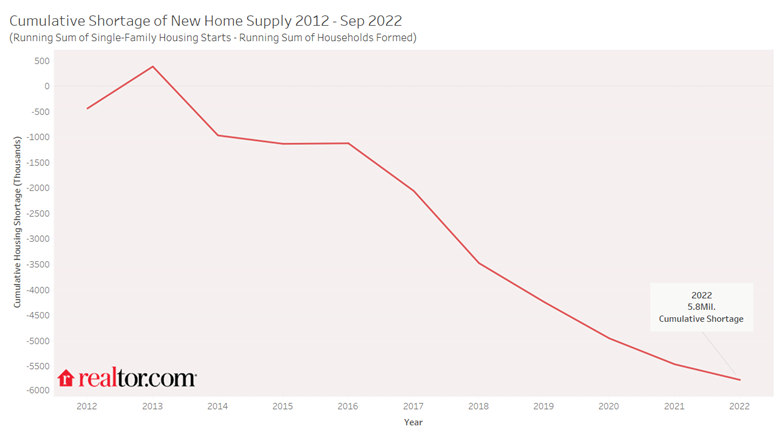 As U.S. home starts crater, the nation’s construction market is in free fall and it’s only a matter of time before the ripple effect reaches the broader economy and, sooner rather than later, large-cap stock prices.

It’s impossible not to hear echoes of the real estate collapse of 2008-2009 in the data, though denial is a powerful force in some people’s minds. Perhaps they’re hoping that housing starts will unexpectedly pick back up, or that the U.S. consumer will save the day on Black Friday.

More likely, the post-2021 stimulus-spending economic hangover will persist through the holiday and well into next year. After all, consumer confidence can only exist in conditions that support it – and there’s no support for big spending when the ship is already underwater.